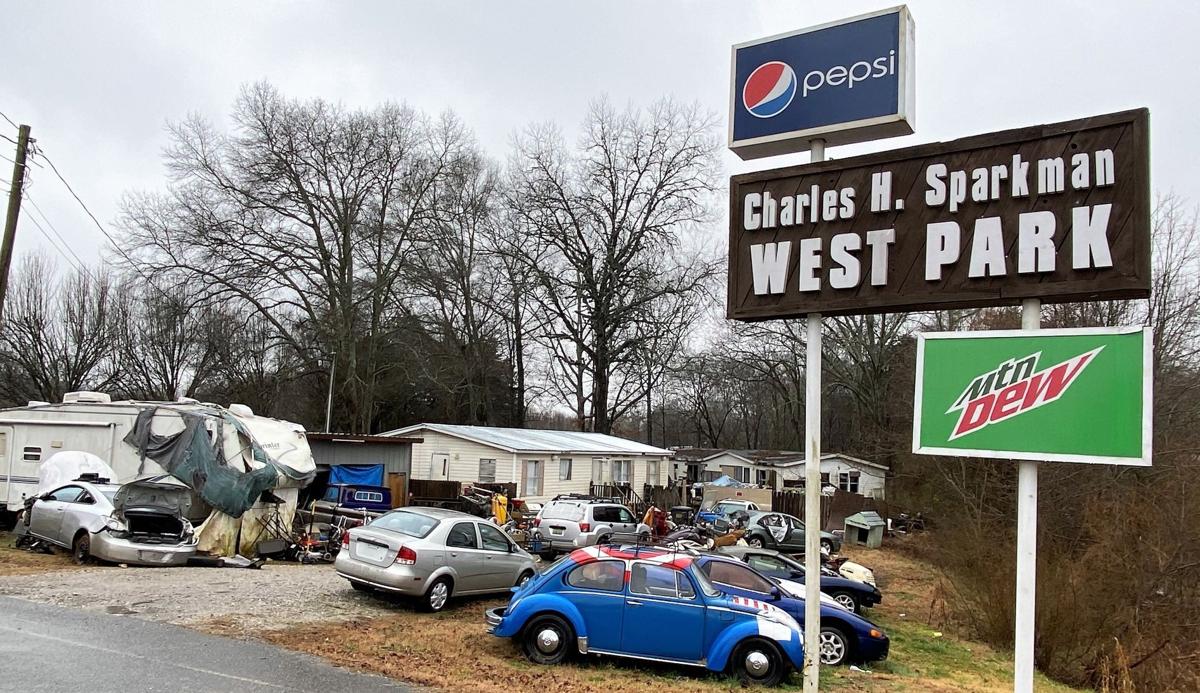 The corner lot of Ironman Road and Targum Road in the Neel community was the target of raid by FBI and local authorities on Wednesday. The lot is near the entrance of the county's West Park. [MICHAEL WETZEL/DECATUR DAILY] 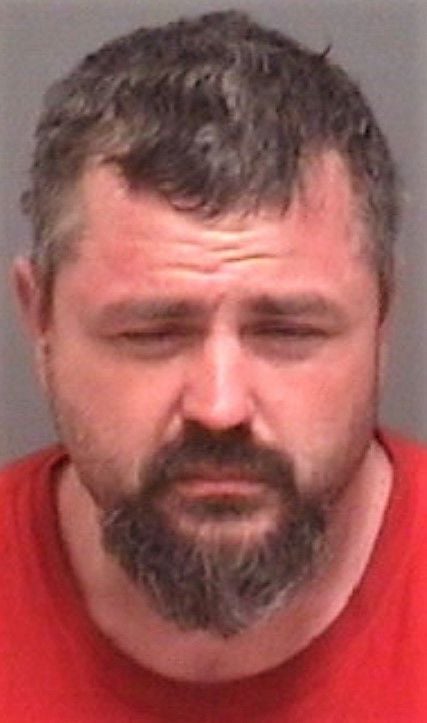 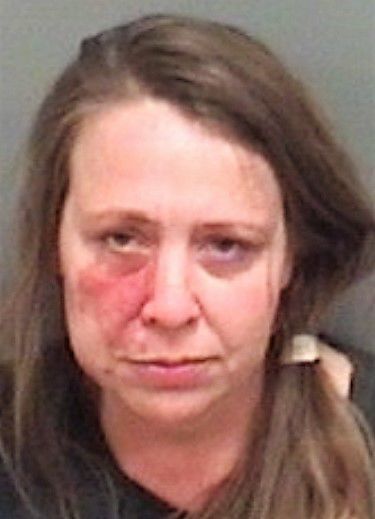 NEEL — A raid on a residence next to Charles H. Sparkman West Park in Neel on Wednesday resulted in the seizure of guns and drugs and four arrests, according to the Morgan County Sheriff's Office.

A raid at the same residence last spring resulted in the seizure of 55 firearms, according to sheriff's spokesman Mike Swafford.

Brent Breedlove was relieved to see authorities making the arrests at the blighted corner lot near the entrance to the park in his neighborhood.

“The last couple of years that property has gotten worse. Broken down vehicles all in the lot and people coming and going at all hours of the night,” Breedlove said. “It’s a nightmare. People don’t feel safe going to the park with that eyesore on the corner.”

The FBI, Decatur police SWAT and the Morgan County Sheriff’s Office executed a search warrant Wednesday on the property at 1494 Targum Road in southern Morgan County.

Kenneth David Tittle, 45, and Christy Michelle Tittle, 39, both of whom the Sheriff's Office believes reside at the property, were charged with possession of a controlled substance and drug paraphernalia and are both being held in Morgan County Jail with no bail.

Swafford said the Sheriff’s Office has been to the property “numerous times” in the past 15 months.

“Wednesday’s search yielded methamphetamine and illegal firearms,” he said. “At least nine weapons were seized including some that were modified and/or had serial numbers filed off. Those involve federal charges that will come from the FBI.”

The FBI had no comment, said spokesman Paul Daymond.

Swafford said “garbage and filth is everywhere” inside and outside the doublewide trailer.

“We consider this a shot house,” Swafford said. “People go there for drugs and crash at all hours.”

At least 16 cars, trucks and motorcycles, most appearing to be inoperable, and a jet ski sat on the property Thursday afternoon. At least one cat and one dog roamed the property.

The odor of raw sewage and urine permeated the area near a travel trailer on the lot.

“Our drug canine alerted us on several of those vehicles,” Swafford said.

"We continue to listen to our communities and seek out those that continue to break our laws,” he said. “The citizens continue to work with us and we are grateful for their support.”

Morgan County District 2 Commissioner Randy Vest said he has received calls from neighbors about the eyesore.

“We’ve been concerned about the possible activity going on there for a few years,” Vest said. “Maybe with these legal issues, we can now acquire it. It’s been a goal of mine and the County Commission to purchase the land and beautify the gateway into the park.”

It is a shame it has taken this long for for something to be done. I am glad the Sherriff's Department and other agencies have taken control but this place has looked like this for years and Randy Vest has had many opportunities to correct this through his county position which would lead to law enforcement getting involved years ago.