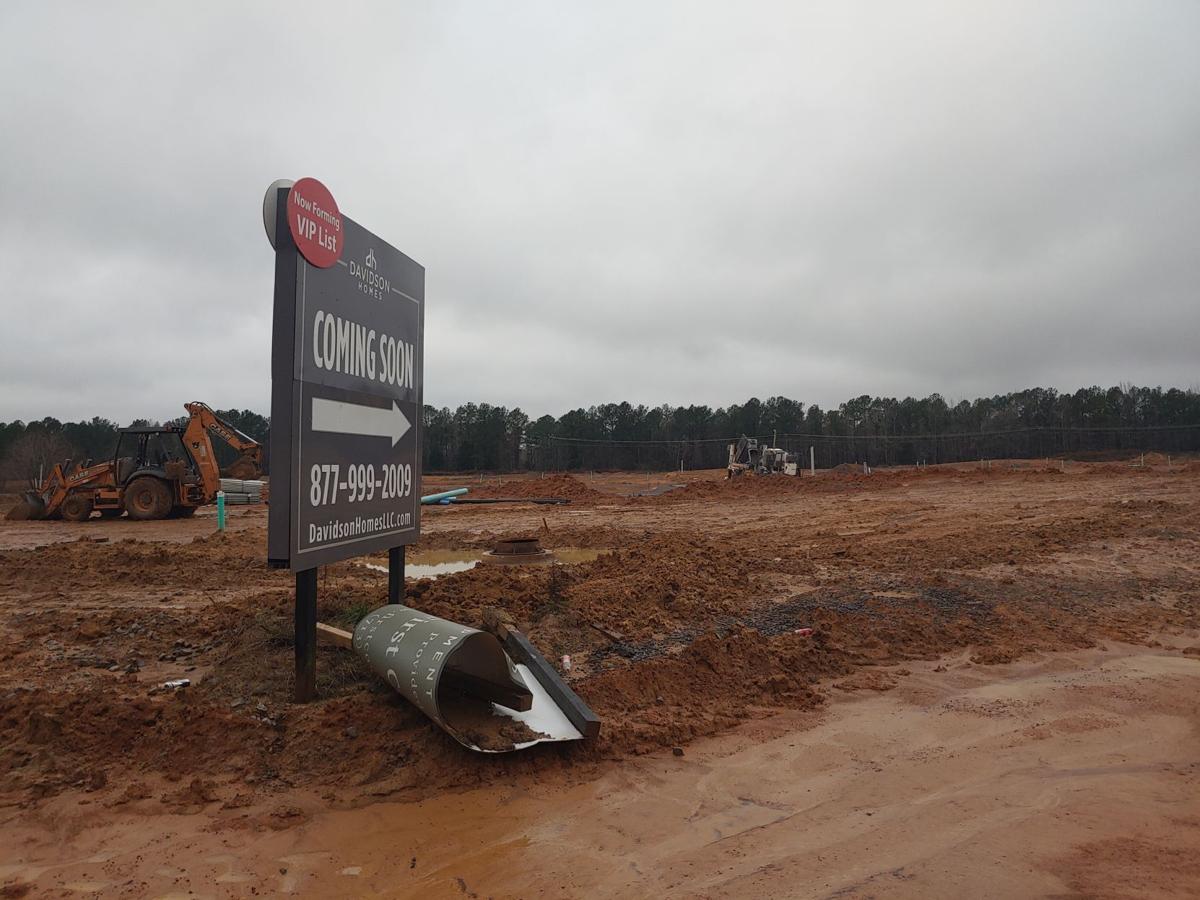 Davidson Homes plans to develop up to 500 lots in the new Cain Park subdivision off Lando Cain Road where new homes will be built there. In the first phase of construction, 113 lots have been developed. [WES TOMLINSON/DECATUR DAILY] 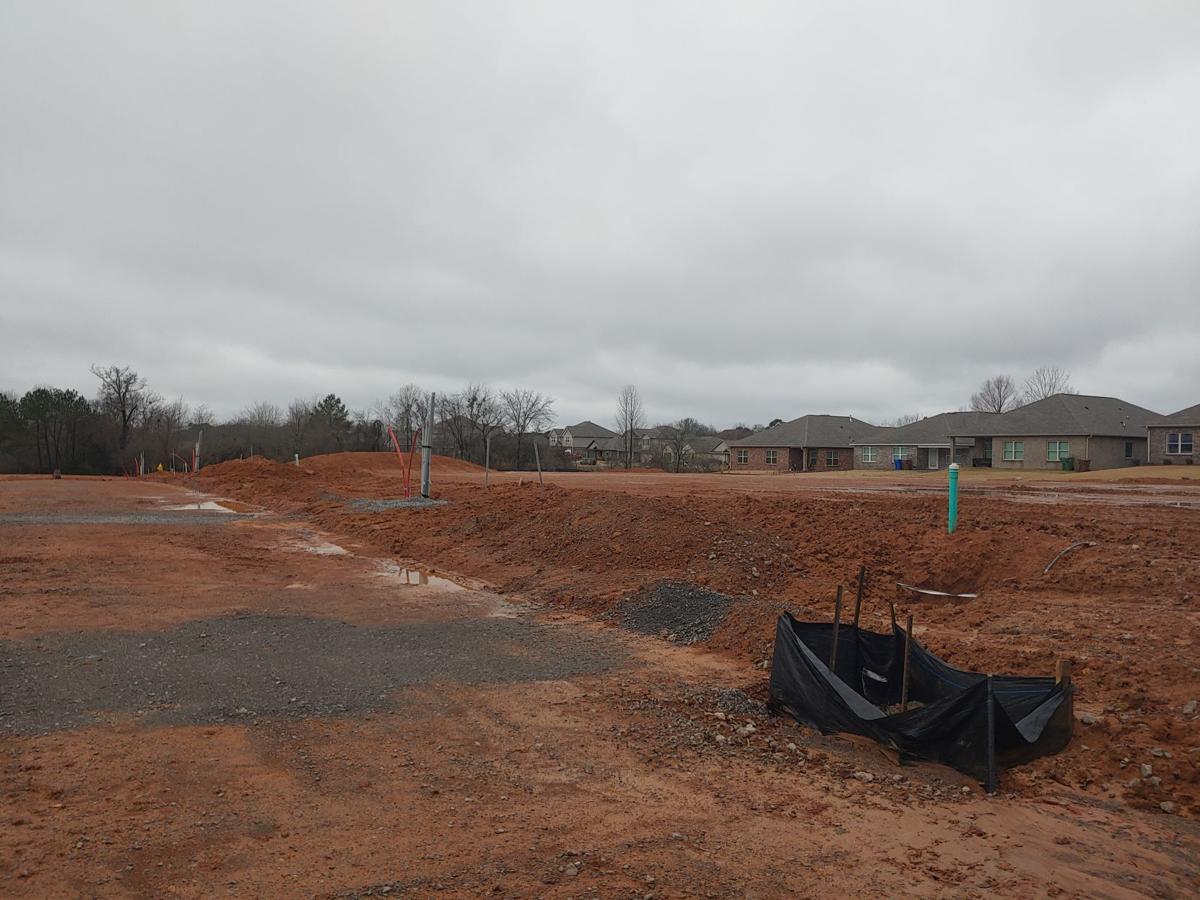 Magnolia Preserve subdivision in Hartselle has entered its second phase of construction where 72 lots plan to be developed in the second and third phases. [WES TOMLINSON/DECATUR DAILY]

Davidson Homes plans to develop up to 500 lots in the new Cain Park subdivision off Lando Cain Road where new homes will be built there. In the first phase of construction, 113 lots have been developed. [WES TOMLINSON/DECATUR DAILY]

Magnolia Preserve subdivision in Hartselle has entered its second phase of construction where 72 lots plan to be developed in the second and third phases. [WES TOMLINSON/DECATUR DAILY]

HARTSELLE — Hartselle recently cleared the way for easier access to one of two new subdivisions that could add more than 500 patio homes and town homes to the city.

City Council authorized an engineering agreement with the Alabama Department of Transportation for work at Alabama 36 and Lando Cain Road that will improve the intersection and allow better traffic flow to the new Cain Park subdivision as well as to a planned Mapco gas station.

The Cain Park subdivision already has 113 lots under development in its first phase off Lando Cain Road.

“In phase two and phase three of the construction at Cain Park, there will be over 300 lots developed,” Hartselle City Planner Jeremy Griffith said.

In Magnolia Preserve subdivision located off Garner Road, 46 lots have been developed in the first phase and another 72 are planned for development in the second and third phases, Griffith said.

“All but one lot has had houses built,” Griffith said of the first phase in Magnolia Preserve, which is located of Garner Road.

Davidson Homes in Huntsville is building both subdivisions.

Griffith said that both Cain Park and Magnolia Preserve will feature patio homes, and Cain Park will have townhouses in addition to the patio homes.

“New town homes are something we haven’t seen in a while,” Griffith said.

The new subdivisons are part of what Royce Moore with MarMac Real Estate in Hartselle says has been a robust housing market in the city.

“There are multiple offers as soon as a house goes on the market,” Moore said.

Mayor Randy Garrison said that houses in Magnolia Preserve are being sold before construction is even finished.

Moore said there are currently 33 houses on the market with a Hartselle zip code and an additional 31 houses within city limits.

“We’ve experienced a lot of growth in the last couple of years,” Griffith said. “The Hartselle area is very popular right now for developers, it’s close to Huntsville and has good schools.”

Garrison said that Davidson Homes told the council about its vision for Cain Park.

“I’m sure they feel like they can sell all those houses or else they wouldn’t be constructing the subdivision,” Garrison said.

A third subdivision that is also located off Garner Road, Fox Ridge, is currently being developed by Harris and Graham Inc. of Cullman and is in the final phase of construction.

“It was an existing subdivision and we came in and bought it from the guys that had already started it,” said Cliff Harris, owner of Harris and Graham Inc.

Harris said they have already sold some lots in Fox Ridge during the second phase and houses have been built.

“When we’re finished, we’ll probably be ready to sell more lots in May or June,” Harris said.

The second Magnolia on Garner Road has had some construction for roadwork and other paving. However, where the entrance seems to be, there is nothing noticeable regarding the low level part of Garner Road at that point for drainage, The small drainage pipe does not even now handle huge pouring rain and often backs up onto property (mine) across from entrance and covers the road. Not opposed to the subdivision as Magnolia I has had good neighbors for us. Recommend the Mayor and Mr. Griffith take a look at a larger drainage ditch and elevating that section of Garner Road.