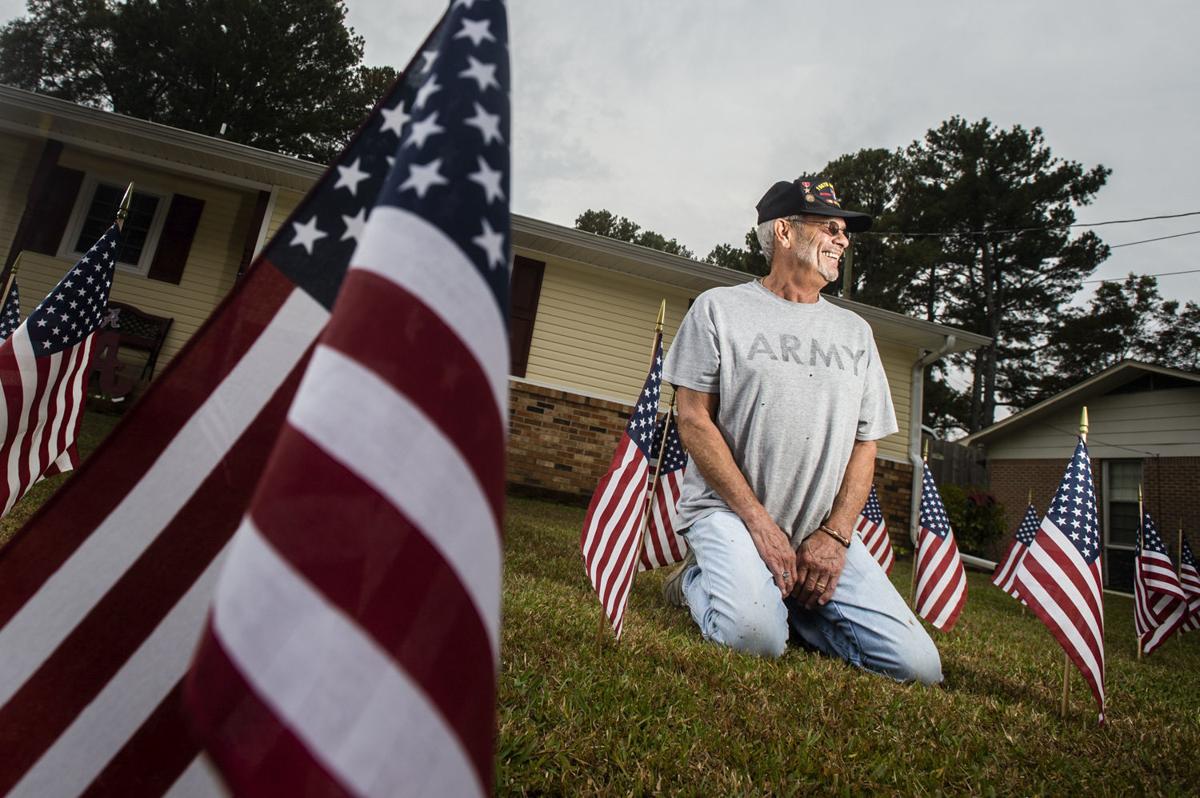 Vietnam veteran Jimmie Knop places flags in the yard at his home in Hartselle every year to remember service members who died in a helicopter crash he witnessed and other veterans. [DAN BUSEY/DECATUR DAILY] 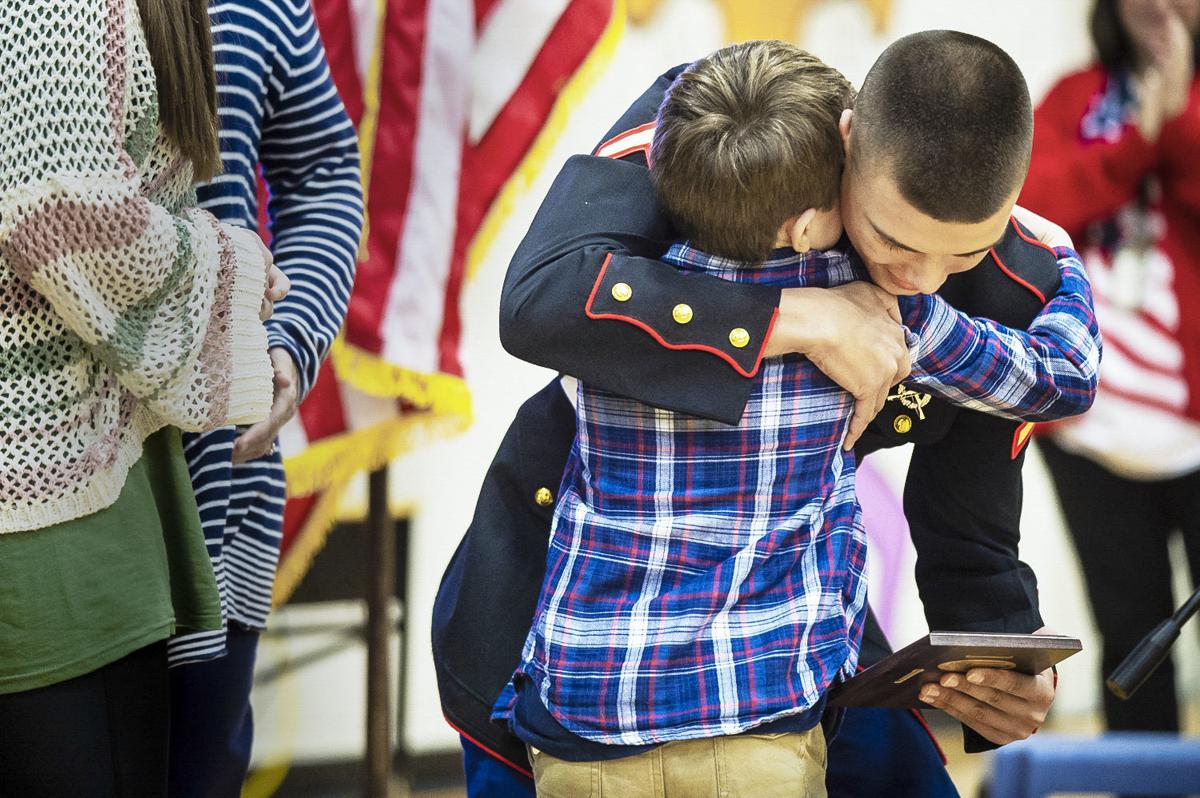 Vietnam veteran Jimmie Knop places flags in the yard at his home in Hartselle every year to remember service members who died in a helicopter crash he witnessed and other veterans. [DAN BUSEY/DECATUR DAILY]

HARTSELLE — Jimmie Knop doesn’t know the names of the 41 service members who died when their helicopters were shot down over Vietnam in 1970 as he watched from Hawk Hill.

And for him, it really doesn’t matter.

For more than a decade, Knop has placed flags in his yard on Beverly Street in east Hartselle as a way to honor the soldiers.

“They were my brothers, and they were coming to fight with me,” he said, adding that he still carries the scars of being spit on and called baby killer when he returned to the states from Vietnam.

“They didn’t return alive, but I want them to know they are not forgotten, especially on Veterans Day,” he said. Private observances such as Knop's, parades and other ceremonies began last week in advance of Veterans Day on Monday.

Knop, 70 and a member of the Vietnam Veterans Association, attends every Veterans Day program he can, but he said the most important thing he does annually is place the flags in his yard.

Jimmy Summerford, who served in the Army from 1966-1969, is Knop’s neighbor and is grateful for what he does.

“He’s done this for several years, and I think it’s very honorable that a veteran who served takes the time to honor other veterans,” Summerford said. “Everybody in the neighborhood appreciates what he does.”

Knop, a 1967 West Morgan graduate, said he doesn’t place the flags for personal attention. Like so many other soldiers who fought in the jungles of Vietnam, he said he’s never been able to get out of his head the sound of the helicopters “carrying my brothers” that were shot down.

“I could hear and see those transport helicopters and I saw rifle shots going at them,” Knop said. “Then they just fell out of the air.”

Dwight McKelvy, 68, said he understands what Knop is feeling because he, too, witnessed service members being shot down.

He enlisted in the Navy and was an aviation ordinance man aboard the USS America CV-66. McKelvy said two pilots died when their planes went down on his first day in Vietnam in October 1972.

“I remember saying to myself ‘this is real,’ ” he said about war and being in Vietnam.

McKelvy said he didn’t know the pilots, but felt a sense of loss.

“They were my comrades, my brothers,” he said.

According to the Vietnam Helicopter Pilots Association, American forces used 12,000 helicopters during the Vietnam War and more than 5,000 were destroyed. Chinooks, which are two-engine helicopters designed to carry more troops and supplies, are what Knop saw get shot down.

Hawk Hill, where he was stationed at the time, was a firebase in Central Vietnam and used by American forces from 1968-1971. Knop, who was one of seven children and the oldest of three brothers, was in the 196th Infantry Division that served in Vietnam from 1966-1972.

He didn’t want to talk about specifics, but said his unit was never in one place for a long time and “we got leeches all the time because we couldn’t take a bath unless we came across a creek.”

Knop said he constantly feared for his life, especially at night, “because we were in the boonies” and the enemy used tactics of surprise and stealth.

Knop said Hawk Hill had come under attack when he was there and the men who died in the helicopter crash were coming as backup.

He said the mood was somber after the crash, but for most of the soldiers the atmosphere of war kept them on alert.

"There was also the reality that you could be next," Knop said.

He couldn’t remember the year he started placing flags in his yard, but started with 43, one for each service member that died in the helicopter crash and one each for two uncles who are veterans. Knop said he added a flag for a neighbor who is a veteran and this year he put out every flag he purchased.

McKelvy said there is a kindred bond among Vietnam veterans because they didn’t get a hero's welcome home. He said no one spit on him, but he was encouraged by his commanders not to wear his uniform off base when he returned to the states.

“Sad,” an emotional McKelvy said Friday before the Veterans Day program at Leon Sheffield Magnet School. “I choke up when I come to these programs and think about all the good soldiers who didn’t make it home.”