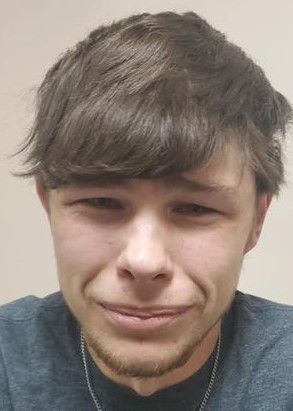 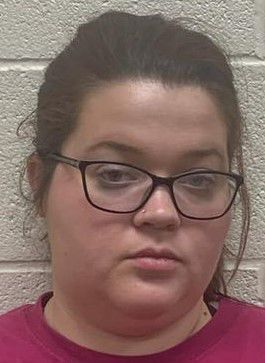 A Hartselle man was in jail and his 3-year-old stepdaughter in the hospital Friday, police said, after the man's abuse caused the child to suffer a pancreatic laceration, hematoma of the liver and bruises across her face, back, arms and buttock.

The girl’s mother has been charged with trying to conceal the abuse from doctors, social workers and investigators.

Hartselle police investigator Tania Burgess on Thursday arrested Lance Destin Campbell, 25, of Hartselle, for aggravated child abuse, and on Friday she arrested his wife, Hannah Marie Campbell, 24, on a charge of hindering prosecution. Lance Campbell's bail was set at $500,000 and a cash bail of $15,000 was set for Hannah Campbell.

“It breaks my heart that someone would do this to a 3-year-old little girl,” said Hartselle police Lt. Alan McDearmond.

A Morgan County Department of Human Resources case worker contacted Hartselle police Monday regarding physical abuse of the child after receiving a call Sunday from the medical staff at Decatur Morgan Hospital’s Parkway Campus, according to an affidavit by Burgess filed in Morgan County District Court.

Hannah Campbell told the case worker that the girl fell from the concrete porch steps at their residence at 505 Crestline Drive S.W. in Hartselle, the affidavit stated, but the medical staff advised the DHR employee that the injuries sustained were not consistent with a fall from that distance.

The girl was transported to Children’s of Alabama in Birmingham where doctors discovered a laceration to her pancreas and hematoma to her liver, Burgess wrote. Hannah Campbell met with investigators on Thursday to discuss the allegations and maintained her original statement and provided details of how the girl fell from the steps, according to the affidavit.

“Campbell later recanted and admitted she was not present when (the girl) fell from the steps,” the affidavit said. “Campbell said she received a call from her husband, Lance Campbell, who not only told her about (the girl’s) fall, but that he also spanked her.”

A short time later, Lance Campbell met with investigators and admitted he was there when the girl fell from the steps and admitted he spanked her with his hand, which caused her to fall to a floor he said was carpeted, according to Burgess' affidavit. “Lance said all the injuries sustained were due to her falling from the steps.”

Court records show that Lance Campbell is represented by Decatur attorney Kevin Teague, who could not be reached for comment Friday. Teague requested a preliminary hearing in the case on Friday, and also filed a motion to reduce his client's bail, calling it excessive. Teague said in his motion that Lance Campbell cannot make the bail and is not a flight risk.

Lance Campbell has no criminal history or record, does not pose a threat to others and can follow rules and conditions of release, Teague said in his motion.

Hartselle police spoke on Thursday to the girl’s doctor, who expects she will make a full recovery, according to McDearmond, but she is expected to be hospitalized for at least two weeks and possibly up to a month.

“She’s got lacerations to her pancreas,” McDearmond said. “That’s the main issue they’re concerned about.”