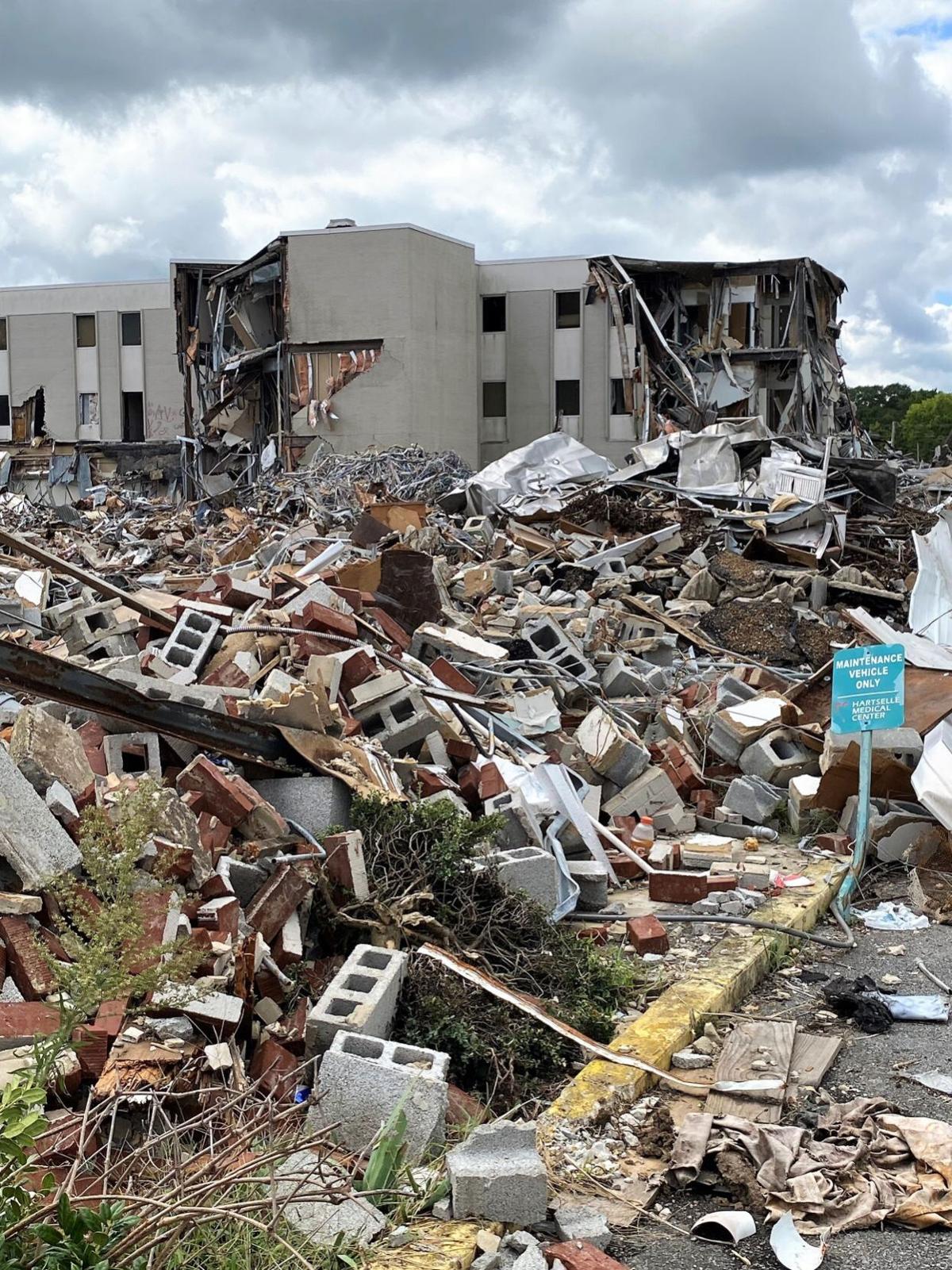 The former Hartselle Medical Center, which closed in 2012, is being demolished and a green space is planned for the property at 301 Pine St. in downtown Hartselle. [MICHAEL WETZEL/DECATUR DAILY] 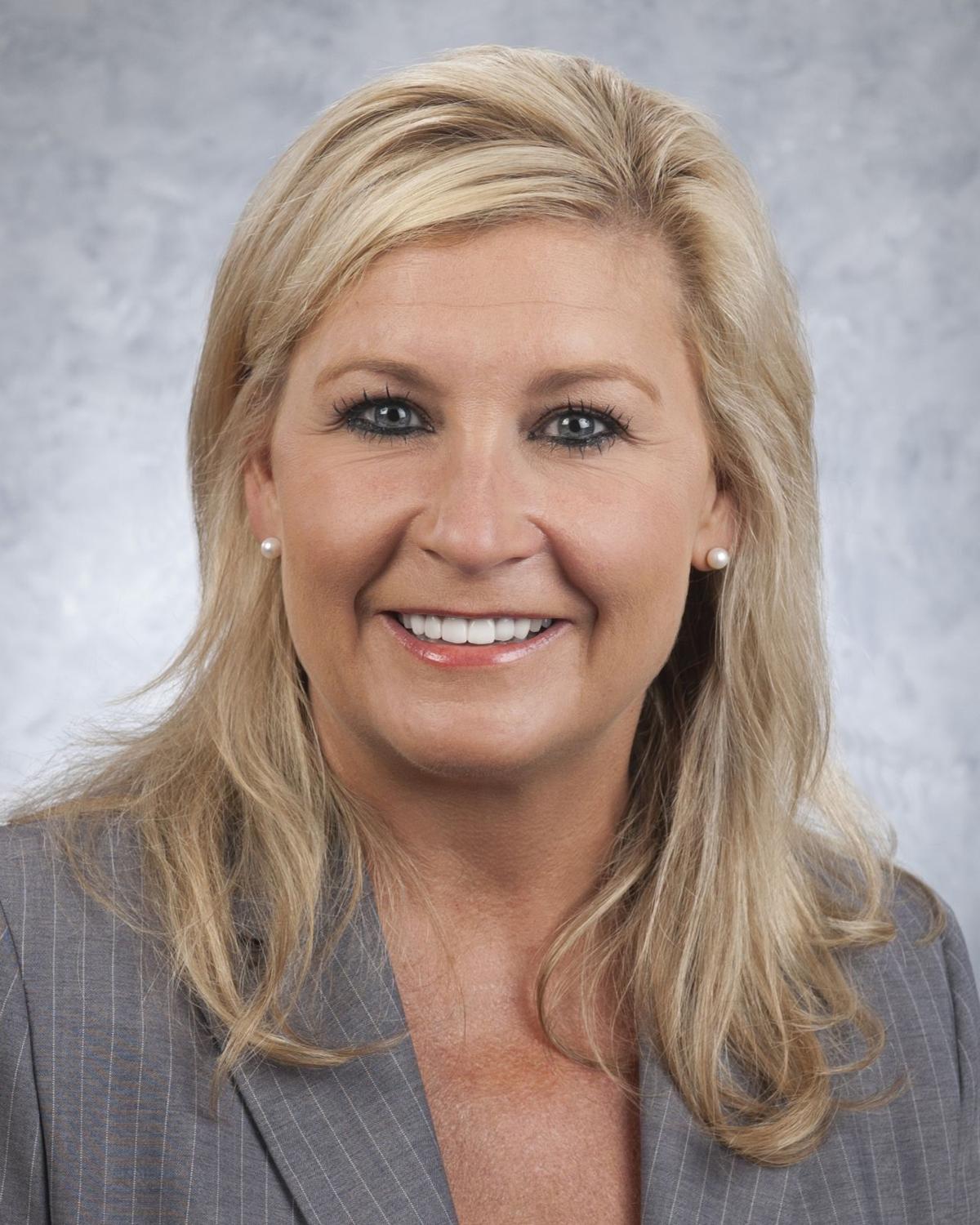 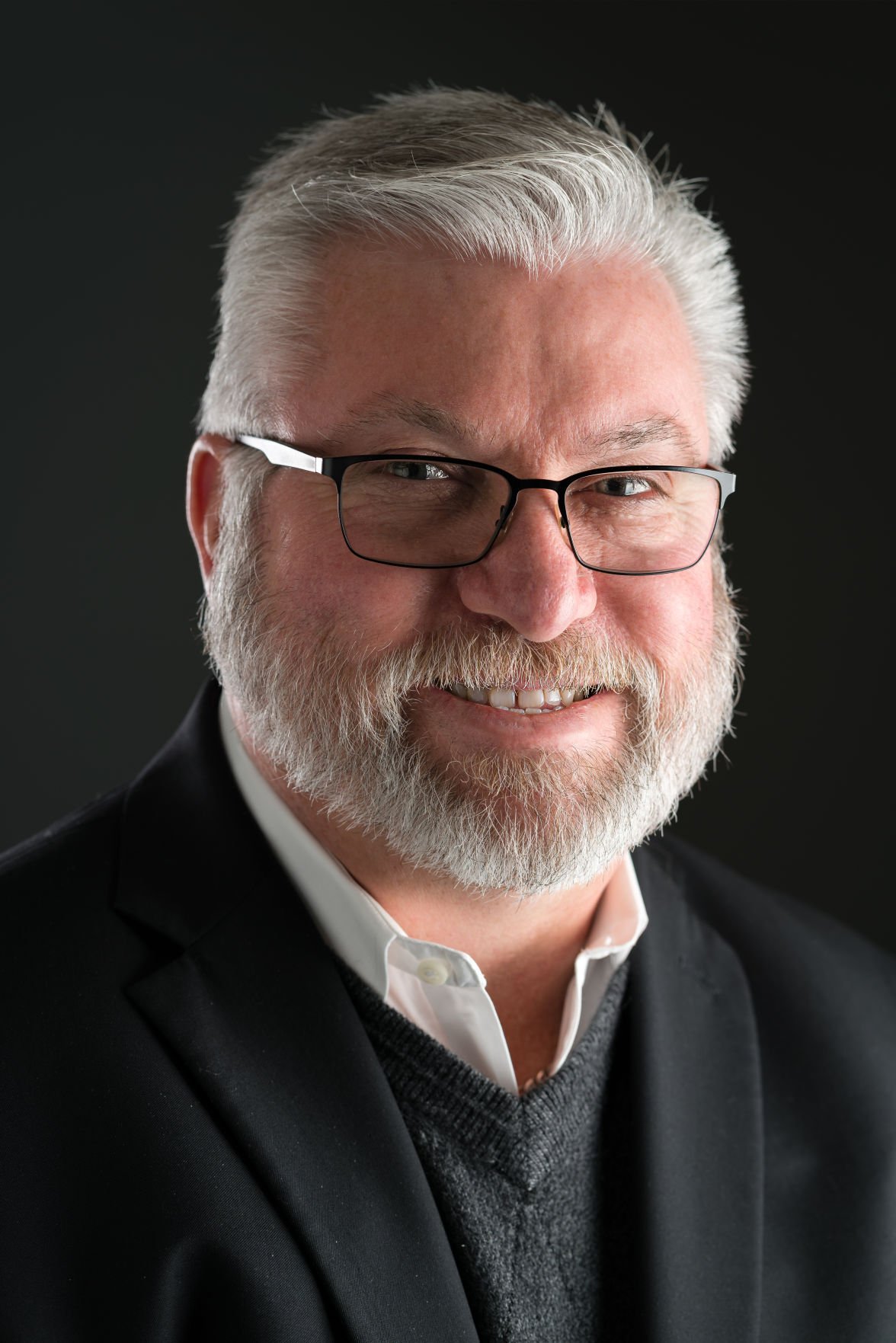 HARTSELLE — A demolition crew is busy taking down the former Hartselle Medical Center building, which will be turned into a green space, according to Kelli Powers, president of Decatur Morgan Hospital.

The demolition began March 5 and no timeline is set for landscaping to begin, Powers said.

“We’re focused on getting the building down right now,” she said. “It was full of asbestos, and we’ve had a problem like everyone else getting labor and supplies.”

Powers said a separate facility on the lot, the Hartselle Medical Mall, will be upgraded. She said the renovation of the facility, which houses a lab, X-ray imaging, an urgent care area and several medical specialists, should be completed in six to eight months.

The Huntsville Hospital Health System agreed to purchase the 150-bed hospital building from Capella Healthcare, based in Franklin, Tennessee, for $1.5 million in January 2012, shortly after Capella had announced it would close the facility. The Huntsville system also owns Decatur Morgan Hospital.

“We are meeting with Huntsville system leadership in a few weeks to see what all we want to do in Hartselle,” Powers said. “We want the people of Hartselle to know we are committed to their health care needs.”

She said no companies have contacted her office about acquiring the property.

Hartselle Mayor Randy Garrison, who was born in the Hartselle Medical Center 59 years ago, said seeing the old hospital torn down is bittersweet to him.

“I’d rather see it taken down than it continue to deteriorate and collapse,” Garrison said. “It’s not all bad seeing it come down. It had become an eyesore. I was born in that old hospital almost 60 years ago. It was a shock to us all when it closed.”

He said he walked through the former hospital last year and it was sad.

"The mold and smell in there, it was difficult to breathe," he said. He estimated then it would take about $12 million to restore half of the building to a usable condition for another business. He cited leaks in the second and third floors and water sitting in the basement.

“Our citizens now go to Cullman Regional (Hospital) and Decatur Morgan (Hospital) for their health care,” he said. “I don’t know the percentage of who goes where. I know people who go to both.”

The Hartselle hospital originally opened in 1953. At one time, it employed 136 full-time workers.