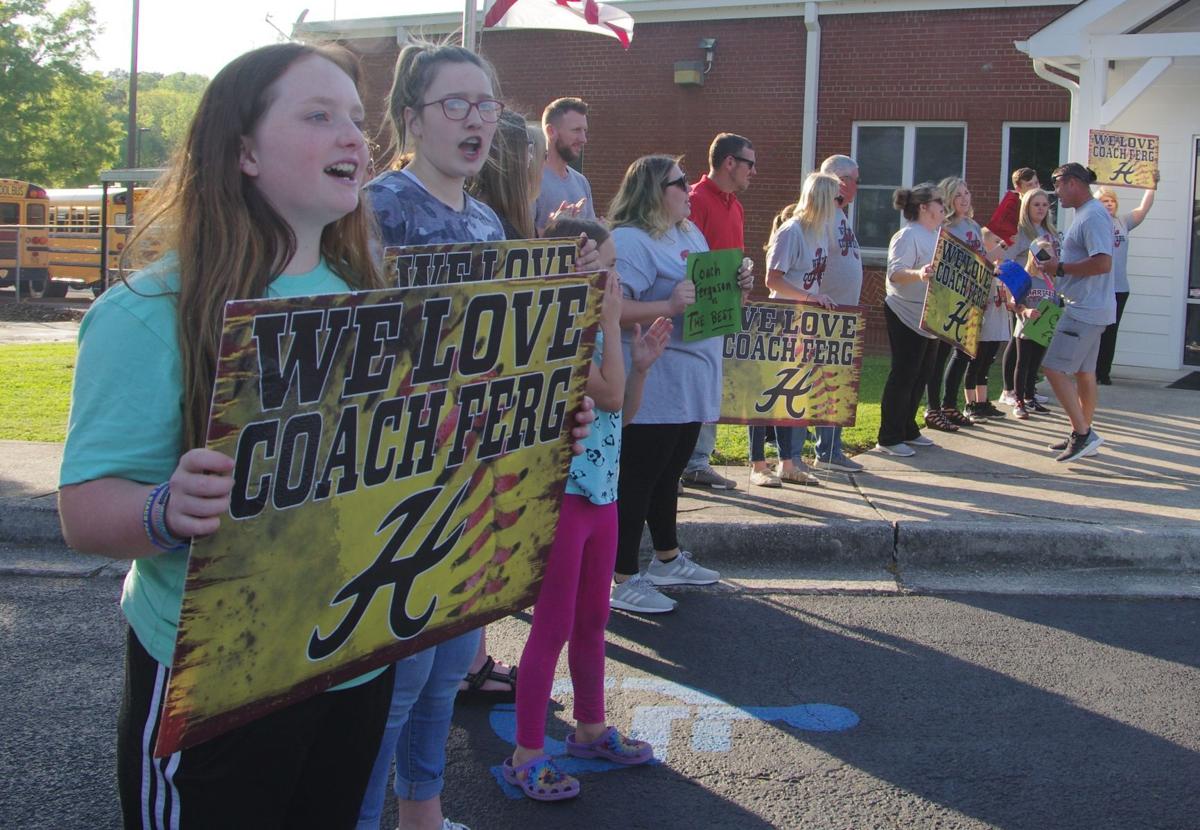 Dailee Byrd, left, joins others at a Hartselle City Board of Education meeting, holding a sign in support of Christy Ferguson, a Hartselle City Schools physical education educator and coach for 23 years, on Tuesday protesting her removal as softball coach. Byrd is a PE student of Ferguson’s. [MICHAEL WETZEL/DECATUR DAILY] 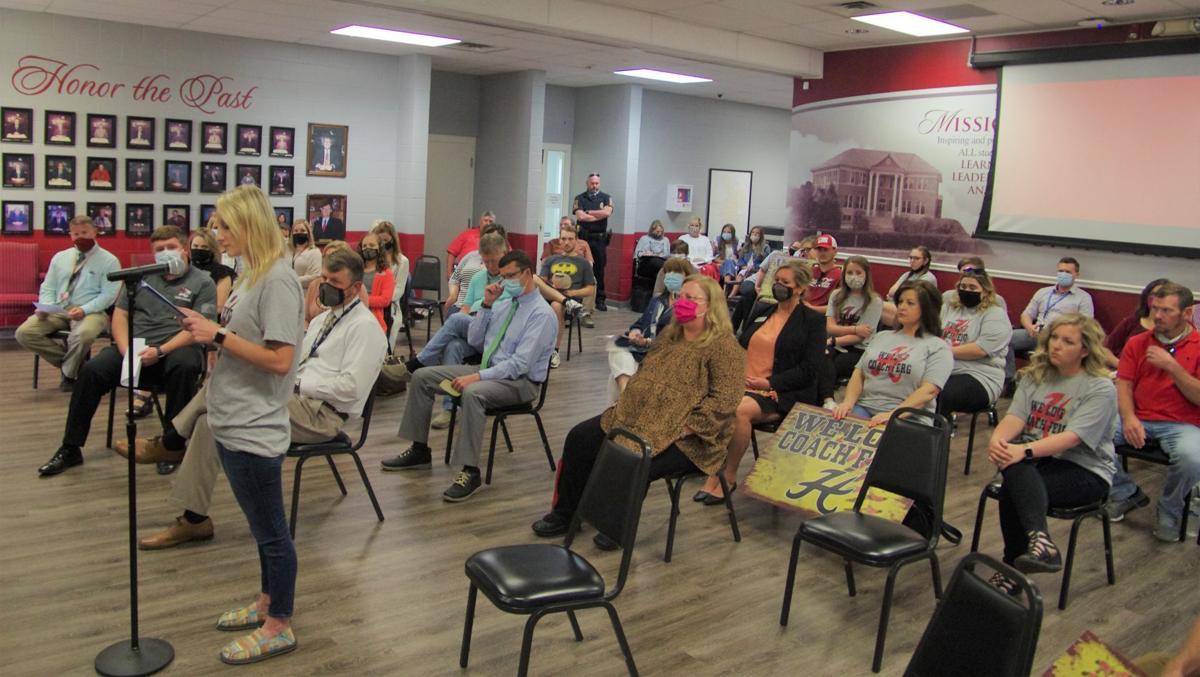 Dailee Byrd, left, joins others at a Hartselle City Board of Education meeting, holding a sign in support of Christy Ferguson, a Hartselle City Schools physical education educator and coach for 23 years, on Tuesday protesting her removal as softball coach. Byrd is a PE student of Ferguson’s. [MICHAEL WETZEL/DECATUR DAILY]

HARTSELLE — More than 50 supporters of the Hartselle High softball coach who was removed from her position last week were not happy with the response the Hartselle school board gave them Tuesday night at the board meeting.

“We’re all still at a loss on their explanation,” said Jinger Wallace, the mother of a former player for Christy Ferguson. Ferguson was relieved of her coaching duties, according to supporters, because she identified to team members a player who would not be playing because she was in quarantine for the coronavirus.

But at least one board member, James Joy, said the issue of the coach’s removal will need to go through proper channels before a decision is made. “I’m hoping it will only take a week or two,” he said after the meeting. “I’m very confident the leadership is its best.” Ferguson’s dismissal as coach was not listed in the personnel transactions the board unanimously approved at the meeting.

Fellow board member Venita Jones said it “was too early to tell” how the issue might be resolved. “We don’t have all of the particulars to discuss,” she said.

Ferguson has been a teacher in the school district for 23 years and remains a physical education teacher at Hartselle Junior High. Having coached softball in the system for 20 years, Ferguson has been the head coach of the varsity softball team for the past nine years, during which the school has won two state championships.

The spokeswoman for the supporters of Ferguson, Anna Byrd Holland, said Ferguson was told she violated the federal Family Educational Rights and Privacy Act, which protects the privacy of student education records, and that is why she was removed as the coach.

Holland addressed the board asking that Ferguson be reinstated or that the board launch a “formal investigation of the entire proceedings concerning Coach Ferguson’s removal as softball coach.”

“I urge you to listen and respond to the community that elected you as a board member,” Holland said. “I am concerned about how this will negatively affect our schools in the future if this is not corrected. If we are to attract and keep high quality educators that have our students' best interests at heart, the teachers need to know that the community and administration will work to support them when they are working so hard for their students.”

She added that teachers and administrators are human and make mistakes. She said disciplinary measures need to be reasonable and fair.

“All of you are leaders in our community,” she told the board members in a 2-minute, 45-second talk. “One of the greatest lessons that you can teach and show our children today is to humble yourselves and admit when you are wrong and how to forgive those you love.”

“Regardless of the person, or the circumstance, I can assure you that personnel discussions are always conducted directly by the administration with the employee.

“At the same time, I know you understand there are limits to what we can discuss in a public forum. But we can provide you a forum to make them. We appreciate the respect you, and the rest of your guests, have shown in this process.”

Hartselle City Schools Superintendent Dee Dee Jones has declined to discuss why Ferguson is no longer the coach. “We needed to make a change," Jones said last week.

Hartselle High Principal Brad Cooper told team supporters that Ferguson was no longer the coach in a letter last week.

A former player for Ferguson, Brooklyn Wallace, who now plays second base for the Calhoun Community College softball team, said Tuesday that Ferguson has taught her more than to be a softball player, helping her become a better person on and off the field.

“She has been unfairly done here,” she said. “She does way better than what is being done to her here.”

Two members of the Hartselle Police Department attended the meeting and monitored supporters marching outside 30 minutes before the meeting. The supporters carried signs, wore T-shirts backing Ferguson and chanted support.