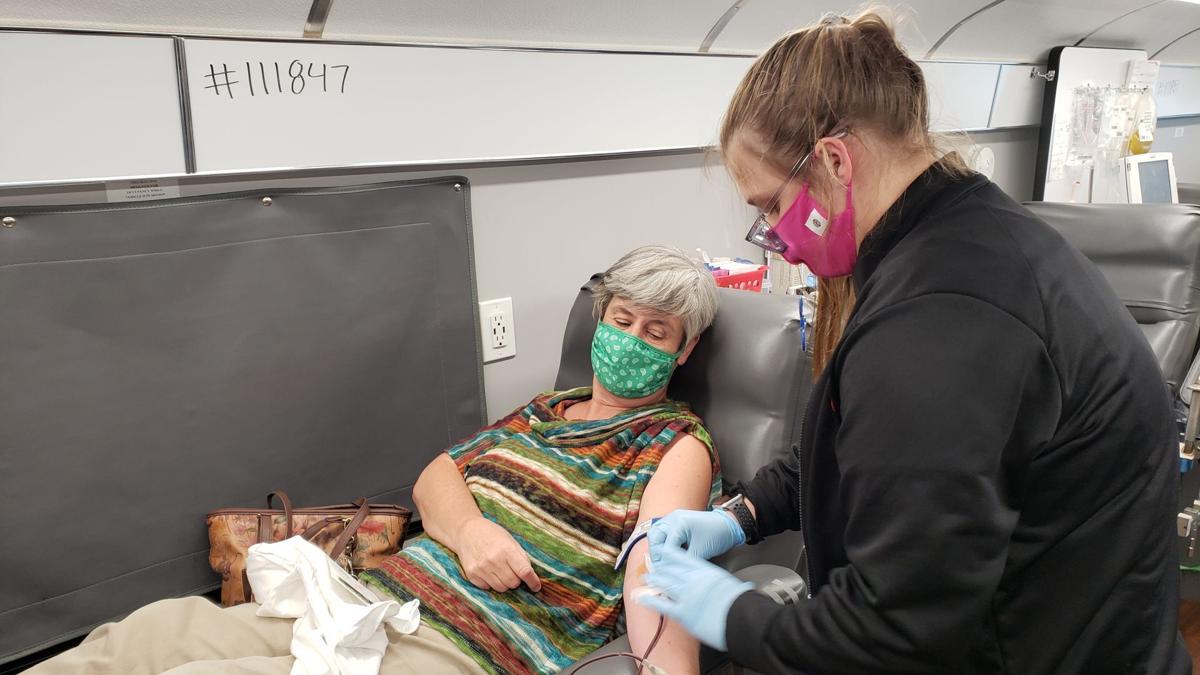 Wanda Vaughn, 53, donates blood at a drive on Tuesday with help from LifeSouth employee Taylor Gibson, 26. Vaughn said she has been a longtime donor and continued giving blood even during the worst of the COVID-19 pandemic. [TIM NAIL/DECATUR DAILY] 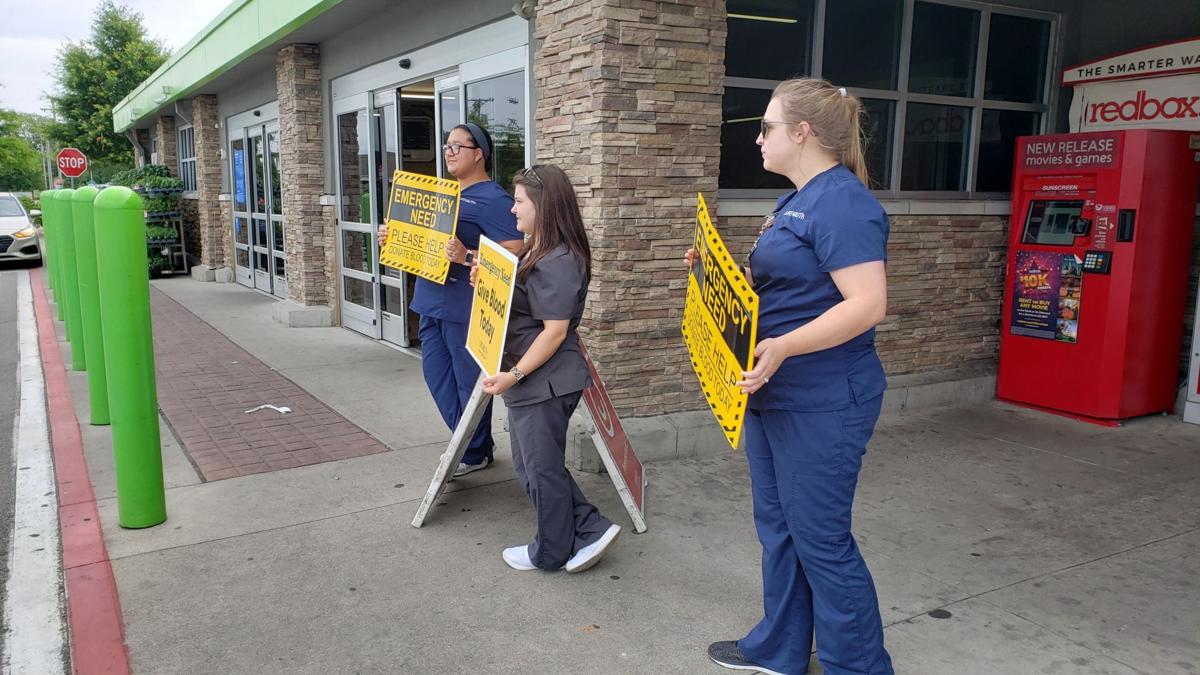 Wanda Vaughn, 53, donates blood at a drive on Tuesday with help from LifeSouth employee Taylor Gibson, 26. Vaughn said she has been a longtime donor and continued giving blood even during the worst of the COVID-19 pandemic. [TIM NAIL/DECATUR DAILY]

The pace of blood donations in LifeSouth's Morgan County district has fallen behind that of recent years, and the organization has had to increase the amount of blood requested from other districts.

LifeSouth has collected only 324 pints of whole blood of the 1,044 pints medical providers requested for June, according to Kami May, district community development coordinator for LifeSouth.

This time last year, the Morgan district had received donations of 351 pints of whole blood, and it had collected 374 pints during this span in 2019.

May said LifeSouth has ordered 16 pints of type A-negative blood and one pint of type O-negative from other districts to maintain the Morgan district's supply levels. LifeSouth backordered only six pints of O-negative blood in the first week of June last year.

Wanda Vaughn, 53, came to a LifeSouth mobile donation center Tuesday in Decatur after being contacted about the blood supply running low.

“It means more when I know there’s an emergency,” Vaughn said.

Vaughn said she has been a longtime donor and continued giving blood even during the worst of the COVID-19 pandemic.

Brandy Owens, 45, was another donor who visited LifeSouth’s donation site Tuesday afternoon at Walmart Neighborhood Market on Sixth Avenue Southeast. She said she wasn’t aware of the shortage until she donated but has given blood for about five years regardless and always tries to give when possible.

“I’m in the system to receive a text notification anytime they’re in my area, so any time they text and say they need blood I try to come,” Owens said.

The Morgan district includes Morgan, Lawrence and Cullman counties, according to May. The district is also seeking to collect 145 platelets units through apheresis donation but has collected only 35 platelets units. For plasma donation, LifeSouth has a goal of 59 units and has received 20 units so far.

May said demand for blood increases during the summer, making it hard to meet donation goals.

“If I’m looking at May, typically around this time they may need 15-19 (pints) a day to stay on track. It’s very doable; between two buses they have a goal of 14 apiece." But in June needing to average "33 between the two of them a day just for whole blood (is) a little steep.”

She said the need for blood donations may be getting overlooked in the aftermath of the pandemic.

“I think at first donors were a little apprehensive of giving blood because maybe they were worried about cleanliness (and) catching the virus if they went out,” she said. “Now the issue we’re running into is people … can be a little less apprehensive from doing so, but they want to experience all these other things. They want to travel (and) they want to see friends and family they haven’t seen in a long time.”

May said most of the shortage in supply for her district involves Morgan and Cullman counties. Medical officials in other local counties said their blood supplies aren't as stressed.

Jason Hodges, laboratory manager for Athens-Limestone Hospital, said while his facility is having trouble with standing orders for various types of blood, the hospital has its target three days’ supply of blood.

“We actually had a blood drive out here (June 3-4) and … every time I went out there the bus was full,” Hodges said.

Dean Griffin, CEO of Lawrence Medical Center, said his hospital does not appear to be facing a significant shortage at this time.

“We’re not having any issues,” he said. “We’re very small, and we don’t use near the amount Decatur Morgan (Hospital) or Athens uses.”

Those seeking to donate blood, platelets or plasma may find nearby LifeSouth donation drives by visiting lifesouth.com and entering their ZIP code, or by visiting LifeSouth’s blood bank at 2349 Danville Road S.W., open 9 a.m.-5 p.m. on weekdays, 9 a.m.-3 p.m. on Saturdays and 8 a.m.-noon on Sundays.

May said interested donors should be aware some deferral rules have changed in the past year. LifeSouth now accepts donations from U.S. citizens who lived on military bases in Europe from 1980-1996 and France or Ireland from 1980-2001 after the Food and Drug Administration adjusted blood donor regulations in October 2020.

Additionally, those who have traveled to malaria-endemic areas now only need to wait three months before being allowed to donate blood.