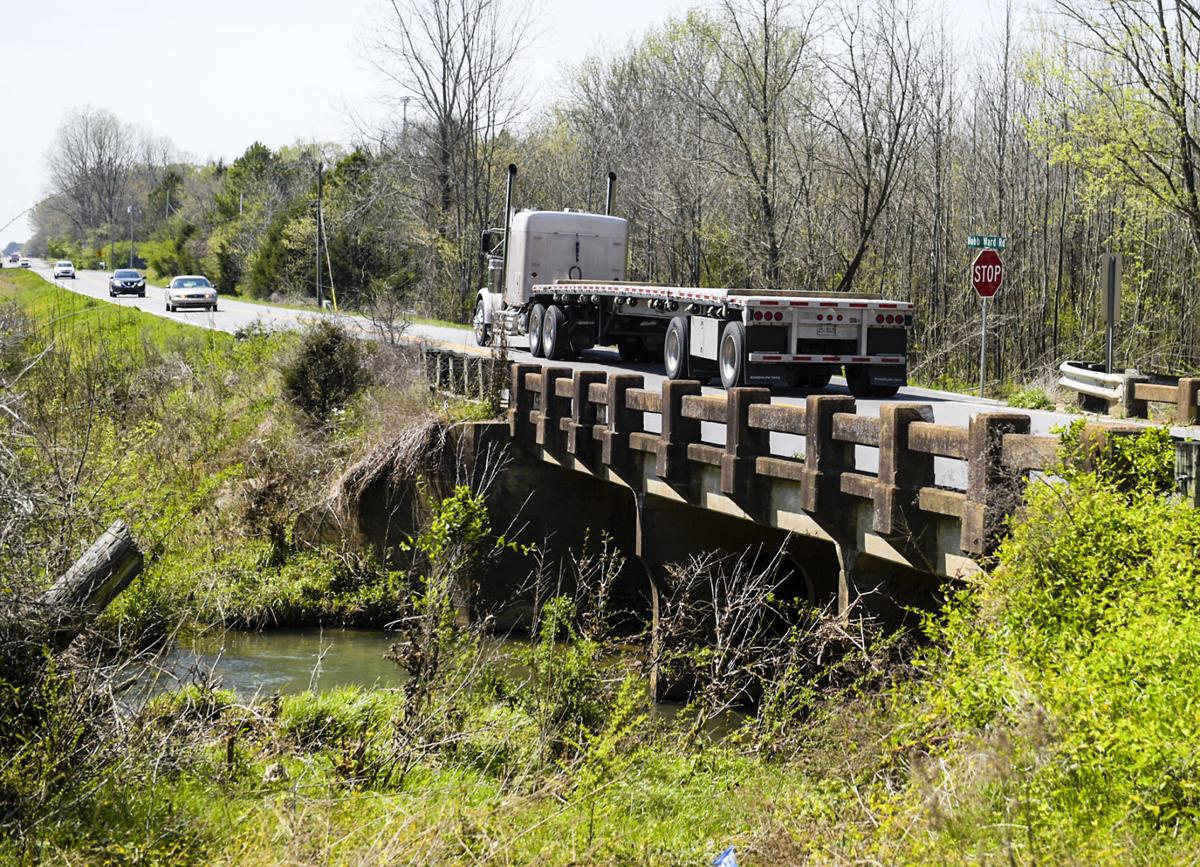 The bridge over Gum Spring Creek on Alabama 36 will be demolished and replaced with a bridge culvert. [JERONIMO NISA/DECATUR DAILY] 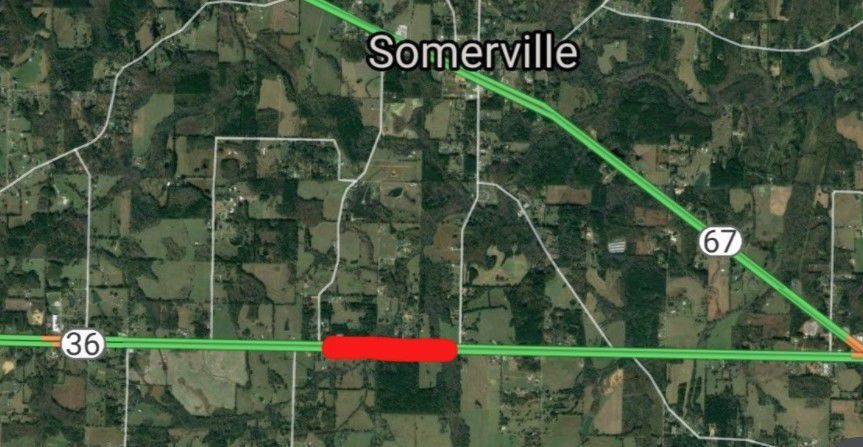 The Morgan County Sheriff's Office posted this map showing in red the area of Alabama 36 that will be closed to through traffic during the bridge projects. [MORGAN COUNTY SHERIFF] 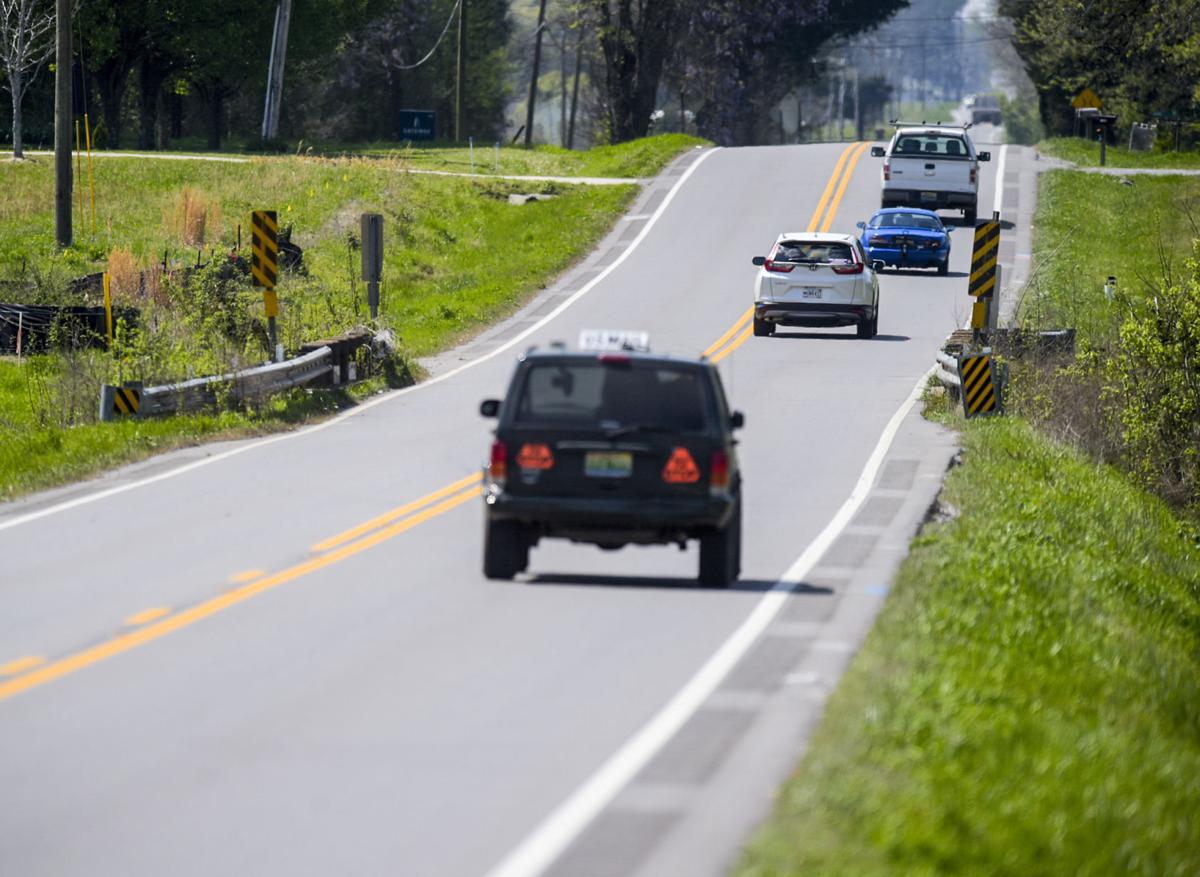 Traffic rolls over the Roan Branch bridge on Alabama 36 south of Somerville, in the section of highway that will be closed to through traffic. [JERONIMO NISA/DECATUR DAILY] 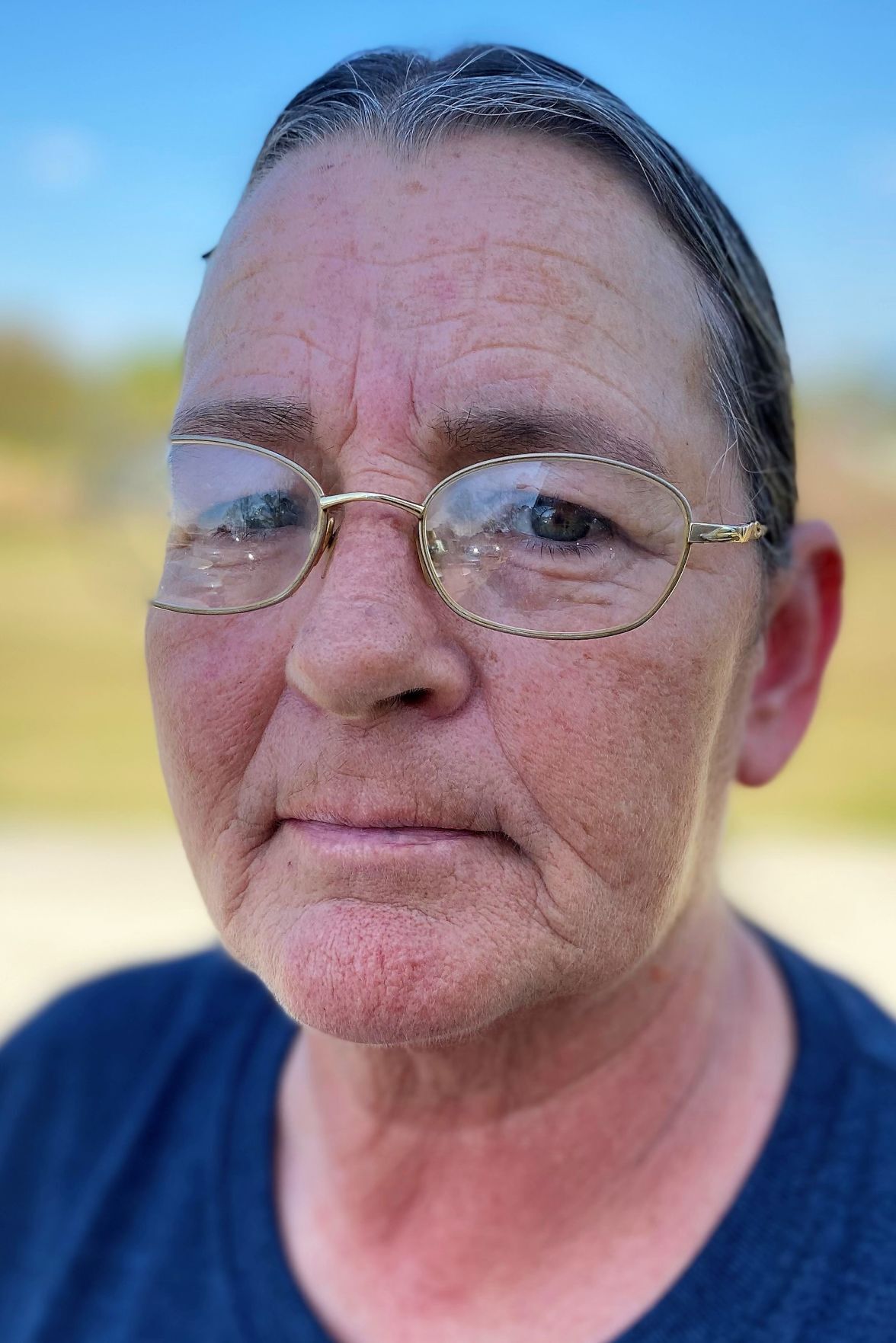 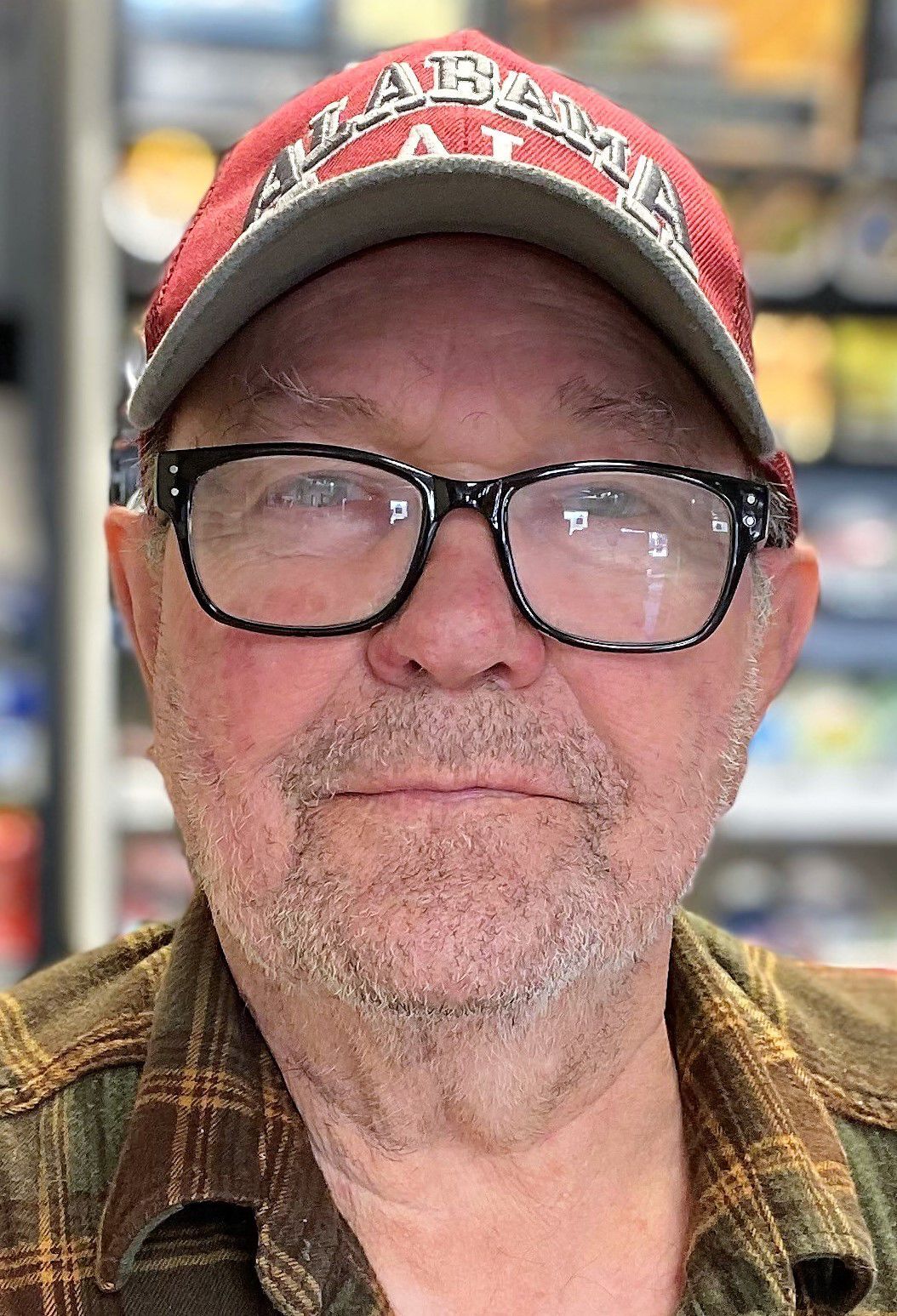 The bridge over Gum Spring Creek on Alabama 36 will be demolished and replaced with a bridge culvert. [JERONIMO NISA/DECATUR DAILY]

The Morgan County Sheriff's Office posted this map showing in red the area of Alabama 36 that will be closed to through traffic during the bridge projects. [MORGAN COUNTY SHERIFF]

Traffic rolls over the Roan Branch bridge on Alabama 36 south of Somerville, in the section of highway that will be closed to through traffic. [JERONIMO NISA/DECATUR DAILY]

HARTSELLE — Residents and business owners near two narrow bridges scheduled for replacement along Alabama 36 south of Somerville say they dread a yearlong detour that'll lengthen drives to and from Huntsville, but they understand the projects are needed.

The Alabama Department of Transportation will begin work next week to replace bridges at Gum Spring Creek and Roan Branch that are prone to flooding and wrecks. The projects will affect Alabama 36 between Hartselle and Somerville. The bridges are about 3 miles west of the highway's intersection with Alabama 67.

Milton Jones, owner of Milton’s One Stop fuel and food store 1.4 miles west of the Gum Spring Creek bridge, expects his business to lose customers while the state highway is closed. He said in 2020 the pandemic caused him to lose about 30% of his customer base and he sees an additional 10% drop in business. But he’s trying to stay upbeat.

“I would imagine it’s going to hurt my business,” said Jones, 77, who has owned the store 19 years. “I may get some of the bridge crew workers to come buy breakfast and lunch at my deli. I hope some of those guys get hungry and become regulars eating here.”

He closed his store for five weeks in 2020 when he contracted the coronavirus and stayed home in quarantine. “When I opened back up, people weren’t out as much and business probably dropped 30% or so,” he said.

He said he lives in Blountsville and drives 45 minutes to his store. “The bridge work closing the road will add even more miles to my drive every day, probably about 30 minutes each day. That’ll be three hours more of driving each week,” he said.

Jones called the bridge projects a good use of money.

“I’m glad they’re doing it,” he said. “It floods all of the time at those bridges.”

Seth Burkett, ALDOT spokesman for the Northern Division, said the landslide in February 2020 that closed a portion of U.S. 231 south of Huntsville put this bridge project on the backburner.

The Alabama 36 work will begin Monday with the first phase including the demolition of the Roan Branch bridge and realignment of Hobb Ward Road near Gum Spring Creek.

“This bridge project was delayed from starting for about one year following the landslide on Brindlee Mountain early last year,” Burkett said. “We had concerns about shutting down another route in that part of the county when highways in eastern Morgan County were already carrying additional traffic diverted from U.S. 231.”

He said the two Alabama 36 bridges being replaced were built in 1938. “Both bridges are in fair condition, but they do not meet current standards in some respects,” he said. “They are narrow. Width will be greatly improved by this project. The new roadway going over the culverts will have 8-foot shoulders, compared to no shoulder on the existing bridges.”

He said the new roadway width over the culverts, which are the structures through which water flows, will be 40 feet — 12-foot lanes, 6-foot paved shoulders and 2-foot unpaved shoulders.

He said he anticipates bridge replacement work to be completed by the summer of 2022 or possibly earlier “if all goes well.”

Parents transporting students and Morgan County Schools buses also are having to change their routes to and from schools in the area.

“About a dozen of our buses have to be rerouted onto less-traveled roads that already see school traffic and bus routes,” he said. “Everyone sharing the road during this construction will need to exercise patience and understanding. It’s a temporary headache that will mean safer roads when it’s completed.”

Some area residents asked why the work can’t be done more quickly.

“I just think taking a year to do the project sounds a little far-fetched,” said Tina Wright. “I think it’ll probably put a hurt on some of these businesses around here.”

She’s worried about the longer commute to shop in Huntsville and visiting family in Lacey’s Spring.

“It’s probably 20 minutes from my house to Lacey’s Spring. Now it may take an hour to get there. But those bridges need to be replaced,” Wright said.

“It’s going to hurt business and cause people who live around here to use more gas going to Huntsville. And of course, now gas is going up (in price). The work needs to be done; I’ll just be making fewer trips to Huntsville over the next year. It’d be nice if (ALDOT) can do it quicker. Those bridges are dangerous. I slow down to let trucks pass on the bridges before I will get on them. They’ve flooded countless times.

Brenda Dill of Joppa works in Hartselle and was disheartened to hear Alabama 36 will be closed for a year.

“It’s very concerning to me,” she said. “It’ll be making me drive a lot farther. Gas is high and going higher. I’m already driving about 50 miles round trip to work. Am I going to make enough money to pay for the extra gas it’s going to take me to get to work?”

Hartselle’s Mike Reeves, owner of Reeves Farm on Alabama 36 about a mile from Interstate 65, said he expects his produce market to be impacted by the road work.

“I’m sure it will affect my business some but I have no idea,” he said.

He said about 70% of his regular customers live within 10 miles from his business. The route from I-65 to his business won't be impacted, but customers coming from the direction of Huntsville who normally use Alabama 36 will be affected. Both bridges are to his business's east.

“We want to be a destination place,” he said. “Probably 10-to-15% of our business comes from Huntsville folks. We’ll lose some business, but I’m all for fixing bridges.”

“Obviously it’ll be an inconvenience, but the work needs to be done,” he said. “Those bridges are low and narrow. Water has gone over them a number of times.”

He said once ALDOT realigns Hobb Ward Road the county will make additional improvements to the road.

“We’ll tie in and finish the road going north taking it from chip seal to hot mix asphalt. We have had that project on our list for some time, but it makes sense to do the work after they’ve realigned the road at Alabama 36,” he said.