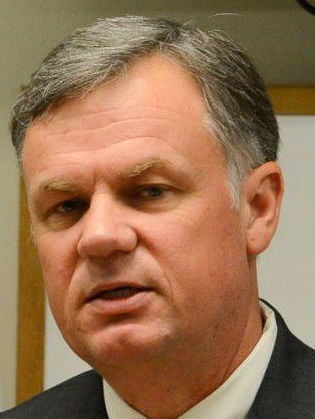 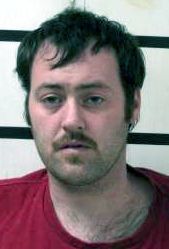 Four Decatur men have been convicted in the last two weeks in Morgan County Circuit Court on sex, robbery and firearms charges, and one defendant who left the courtroom after his case was called for trial remained at large Thursday afternoon.

Including the case of Scott Dutton, a former owner of Downtown Dawgs who pleaded guilty two weeks ago to murder and was sentenced to 20 years in prison, five older major cases have been resolved, said District Attorney Scott Anderson.

“They needed to be tried,” Anderson said, adding that while some were solid cases, a couple were not.

“I commend the lawyers in my office for doing one heck of a job,” he said. “We took a big step in cleaning up the streets in Decatur and Morgan County.”

Steven Joshua Garrison, 34, of Decatur, was convicted Aug. 20 of first-degree robbery and three counts of first-degree burglary for his role in a January 2014 home-invasion burglary in Decatur, according to the DA’s office.

The office said Garrison and his co-defendant, who was found guilty in 2016, pistol-whipped and robbed the homeowner at gunpoint and a home security camera captured the crime, leading to their identification.

Garrick Vickery, an assistant district attorney who prosecuted the case, said Garrison showed up at the courtroom on Aug. 19, but left before jury selection. The trial proceeded without him, and he faces a minimum mandatory sentence of life imprisonment.

“It’s very rare,” Anderson said of the defendant's absence. “I can only remember two other cases where that happened, and I’ve been practicing law 28 years”

Garrison's lawyer agreed it was an unusual circumstance.

“It’s a rarity,” said Kevin Teague. “This is the first time in 33 years I’ve experienced this” in a felony case.

Teague said the state is required, whether defendants are present or not, to prove they are guilty beyond a reasonable doubt of the offense for which they’re charged.

“I tried to put on the best case I could,” he said

Authorities asked that anyone with information on Garrison’s whereabouts contact Decatur police.

In another case, Patrick Benard Alexander, 40, of Decatur, was convicted last Friday of certain persons forbidden to carry a firearm, possession of a short-barreled shotgun and second-degree possession of marijuana, a misdemeanor, according to the DA's office.

The charges resulted from a search warrant executed by Decatur police’s narcotics unit at a Decatur residence in August 2017.

Alexander faces a sentence of 15 to 99 years or life on each of the two felony firearms charges, the office said. He’s scheduled to be sentenced by Circuit Judge Charles Elliott in October.

In another case, Andrew Lee Jackson, 22, of Decatur, was convicted on Monday of first-degree sodomy by forcible compulsion of a minor acquaintance, occurring in October 2015, the office said. He faces a sentence of 10 to 99 years or life imprisonment.

As a result of his conviction, Jackson’s bond was revoked and he is being held without bail in the Morgan County Jail, pending sentencing. Circuit Judge Jennifer Howell set his sentencing for Oct. 24.

Also on Friday, James Bradley Speakman III, 36, of Decatur, was convicted of first-degree sexual abuse by forcible compulsion of a minor family member, according to the office.

Speakman faces a maximum of two years’ incarceration as a result of changes in the Alabama Criminal Code that occurred under sentencing reform legislation, according to Assistant District Attorney Stacy Adams.