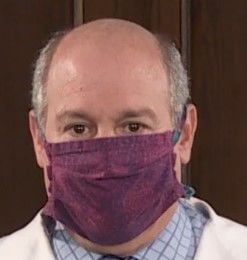 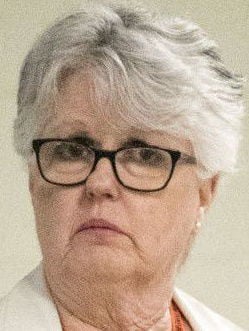 The Alabama Department of Public Health on Friday elevated the weekly risk level of COVID-19 transmission in Morgan County to "very high risk," even as it reported a record number of new cases in the county and COVID-19 hospitalizations reached a new peak.

ADPH reported 175 new cases of COVID-19 among Morgan County residents Friday, breaking the record of 120 cases reported Oct. 30. Another 118 new cases were reported Saturday. Over the last week Morgan County has averaged 100 new cases per day, the highest since the pandemic began.

Over the last two weeks, Morgan County is tied with Marshall County as having the third highest rate of new cases per capita in the state. Only Cullman and DeKalb counties have higher per-capita rates over the last 14 days.

Decatur Morgan Hospital hit a record number of confirmed COVID-19 patients Friday with 44, plus an additional four who were awaiting test results. Five COVID-19 patients were in intensive care, including three on ventilators.

The record numbers of cases and hospitalizations locally are mirroring a statewide spike. The state had 2,463 new COVID-19 cases reported Friday and 2,355 Saturday. Alabama has averaged 2,124 new cases per day over the last week. The disease had killed a total of 3,457 Alabamians as of Saturday, according to ADPH.

"Without blunting this curve, our health care system is very likely not to be able to handle this into the winter season," she said.

Quarantines and cases are continuing to rise throughout schools in Morgan County as well.

Students districtwide were learning virtually Friday due to the number of quarantines, but as of now students who are not quarantined are set to return to in-person instruction on Nov. 30, after Thanksgiving break.

Morgan County Schools, which does not release quarantine data, had 47 active cases of COVID-19 within the district as of Friday morning. Of the 47 who are infected, 29 are students and 18 are employees. Falkville High has the highest number of cases, with eight students and five staff who recently tested positive. Falkville High moved to virtual learning this week due to staffing issues caused by employee quarantines.

Also elevated to "very high risk" was Lawrence County, which on Friday had 27 new cases, second only to Thursday when it had 28. Twenty-two new cases were reported Saturday. Over the last week ADPH has reported an average of 19 new cases per day among Lawrence County residents, the highest seven-day average since the pandemic began.

ADPH reduced the threat level in Limestone County on Friday from "very high risk" to "high risk." The county had 69 new cases reported Saturday. The county has averaged 51 new cases per day over the last week, the highest seven-day average since the pandemic began. Athens-Limestone Hospital had 11 COVID-19 patients as of Friday, including two on ventilators.

ADPH releases updated risk levels each Friday based on data that cuts off six days before the updated assessments are released. As a result, Friday’s assessment is based on data from the previous week, ending Nov. 14.

Dr. Michael Saag, an infectious disease specialist at the University of Alabama at Birmingham who survived COVID-19 and treats patients with the illness, on Friday said the statewide situation is bleak.

"Over the last three weeks, we're not in a surge, we're in a spike. The rate of tests that are coming back positive — the number of new cases just in the last couple of weeks — has been staggering," Saag said. "Many of us have been considering the possibility of a third surge coming in December after Thanksgiving and after Christmas. What we didn't anticipate was a spike before ... Thanksgiving."

He said hospitals are already near capacity statewide, and invariably hospitalizations begin to increase about a week and a half after a spike in cases, and deaths increase about two weeks after that.

"After Thanksgiving I'm afraid, if we don't change a little bit of what we're going to do together, that spike will have a spike on top of it," Saag said. "I'm a little bit overwhelmed, to be honest with you, at what that might look like."