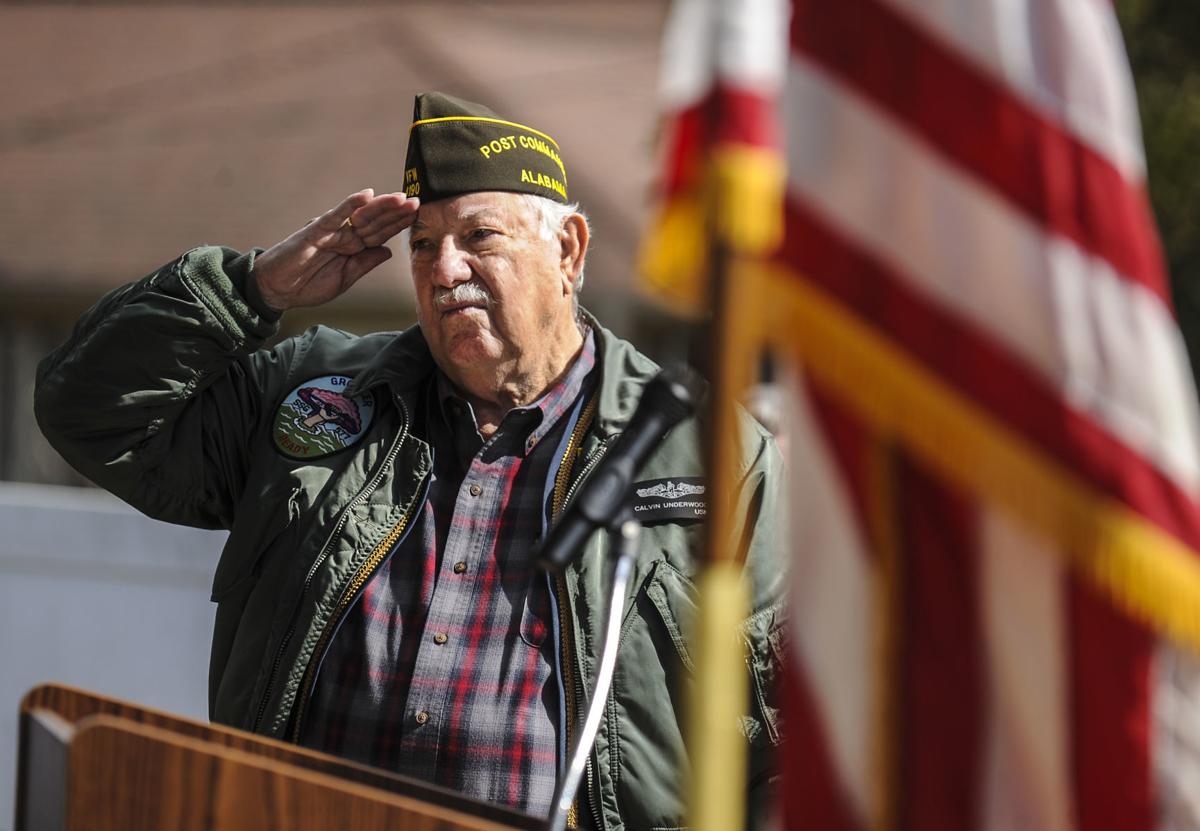 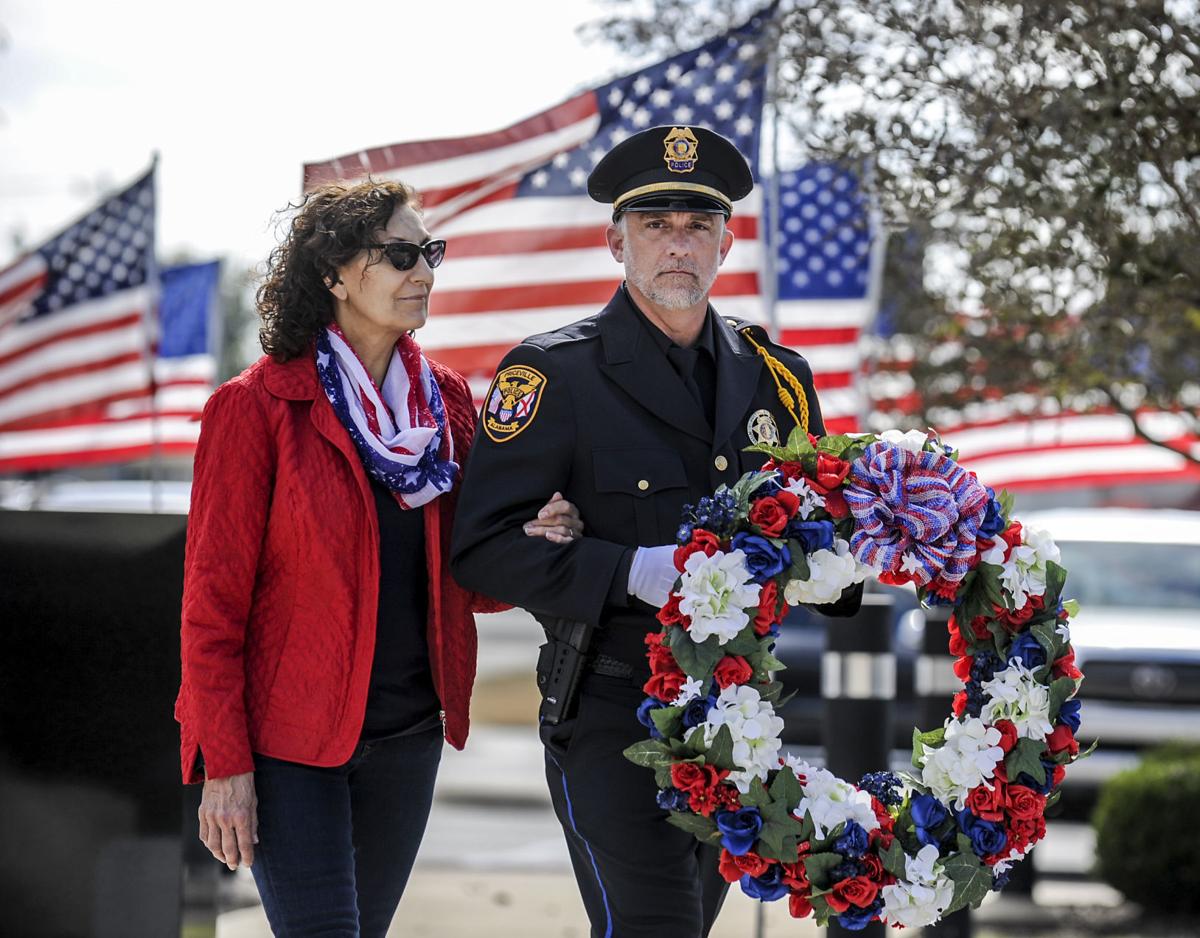 Darlene Rath, mother of fallen soldier Staff Sgt. Joshua Rath, is escorted by a Priceville police officer as she lays a wreath during the Veterans Day ceremony. [JERONIMO NISA/DECATUR DAILY] 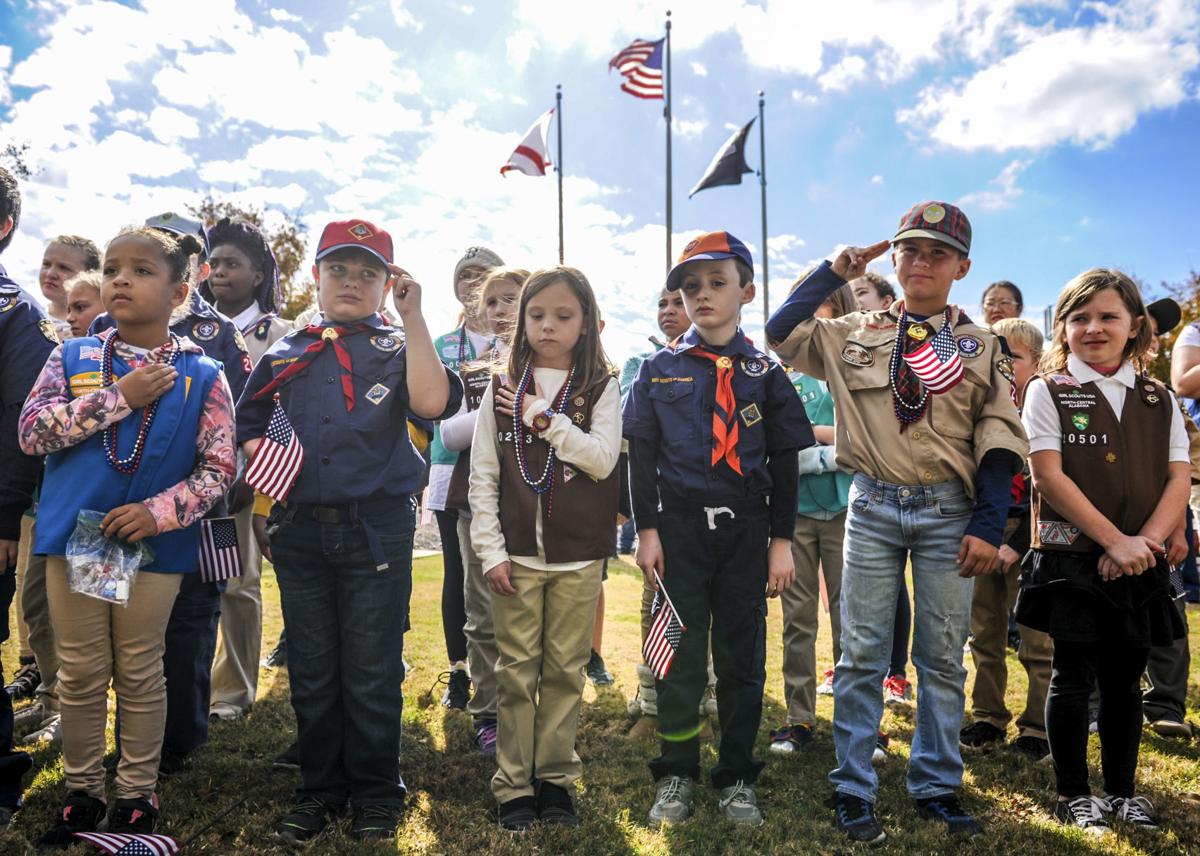 Darlene Rath, mother of fallen soldier Staff Sgt. Joshua Rath, is escorted by a Priceville police officer as she lays a wreath during the Veterans Day ceremony. [JERONIMO NISA/DECATUR DAILY]

Decatur’s Rath and four other Gold Star mothers laid wreaths at the monuments as part of a Veterans Day ceremony.

Escorted by Priceville police officers, the mothers marched back to their seats under the pavilion.

“It's like I’m giving my son to the country when I lay down the wreath,” Rath said. “And every step back (to her seat), I thought about how those who died allowed us make those steps.”

Gold Stars are presented to mothers who lose a child in military service.

Darlene Rath said the first Veterans Day ceremony she attended after her son’s death was difficult, but she now enjoys the festivities.

Despite receiving invites to participate in ceremonies and parades in larger cities, she prefers to stay local “because they’ve given me so much support” since her son’s death.

World War II veteran Richard Sparkman, now 94, made sure to enjoy Monday’s ceremony on a bright sunny day. He said knows the number of ceremonies he will get to attend are growing fewer because many of his comrades are no longer living.

“I think about how we’re all nearly gone a lot,” Sparkman said. “I’m proud to be a soldier, proud to be an American. I couldn’t do it again now if asked, but I would if I could.”

Sparkman went into Normandy, France, with the 28th Division the day after D-Day. He was wounded after 48 days in combat and sent to England to recover. His service in the U.S. Army lasted a year and a half.

Sparkman wouldn’t talk about his wartime experiences for many years. He still has difficulty with those memories.

“I try to keep it out of my mind,” said Sparkman, who still has shrapnel in his leg. “War is something you see all of the time, but I don’t like to think about it.”

John Johnson, chaplain of the Combined Patriotic Organization that conducted the ceremony, said he enjoys these ceremonies because they remind him “how God kept me safe.

Johnson pointed out that each person who served “signed an open contract that said, ‘If my life is needed, I’m willing to give it.' ”

“Believe it or not, there were good times and I made some lifelong friends,” Johnson said.

Vietnam War veteran Don Dickens said he thinks about the fallen soldiers and those who served with him from 1965-68. He served in Saigon, Vietnam, and rarely saw combat, although a bullet barely missed him on one occasion.

Dickens said that, during the ceremony, he thought “about the people who served and how they who died gave up themselves for us.”