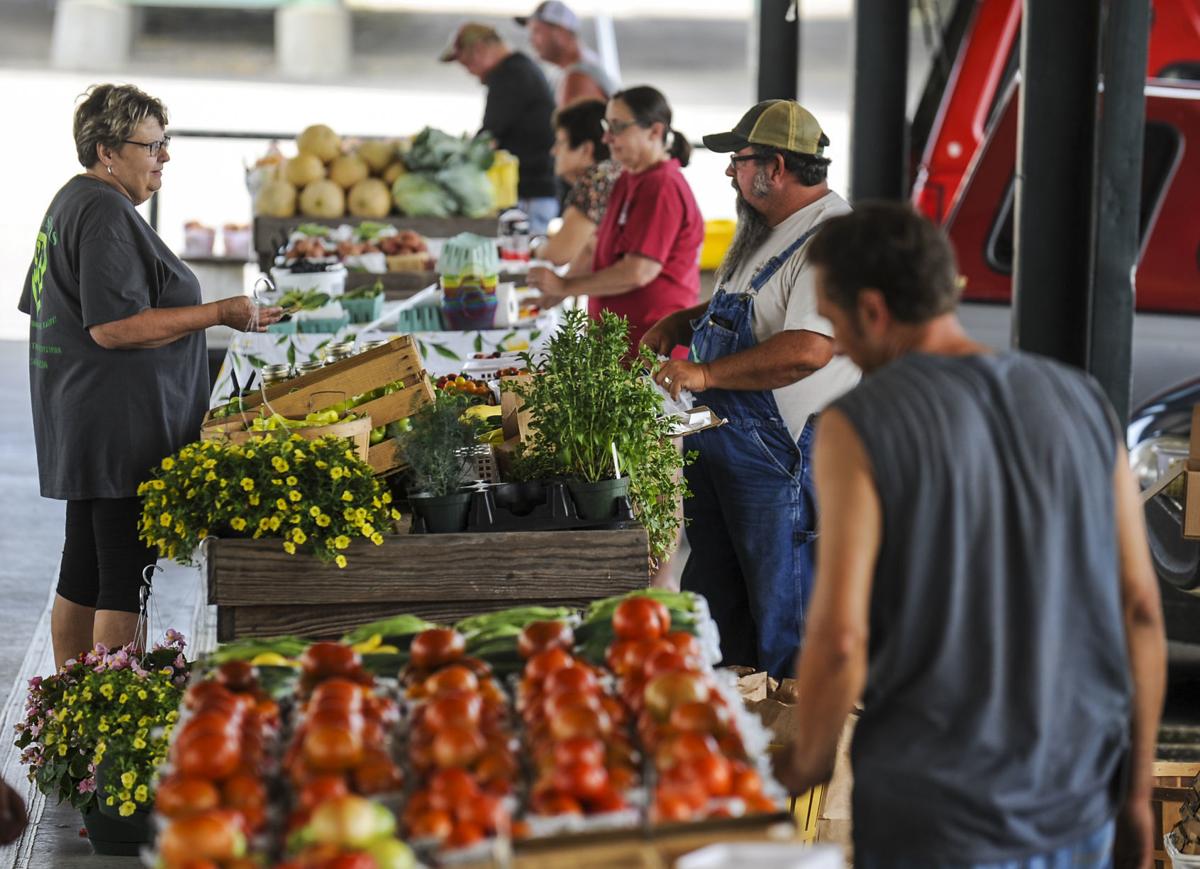 The Morgan County-Decatur Farmers Market currently uses an open-air pavilion, but officials envision turning it into a multipurpose facility with walls, roll-up doors and coolers. That would make it easier to sell meat while allowing the market to open year-round and host gatherings such as wedding receptions. [JERONIMO NISA/DECATUR DAILY FILE PHOTO] 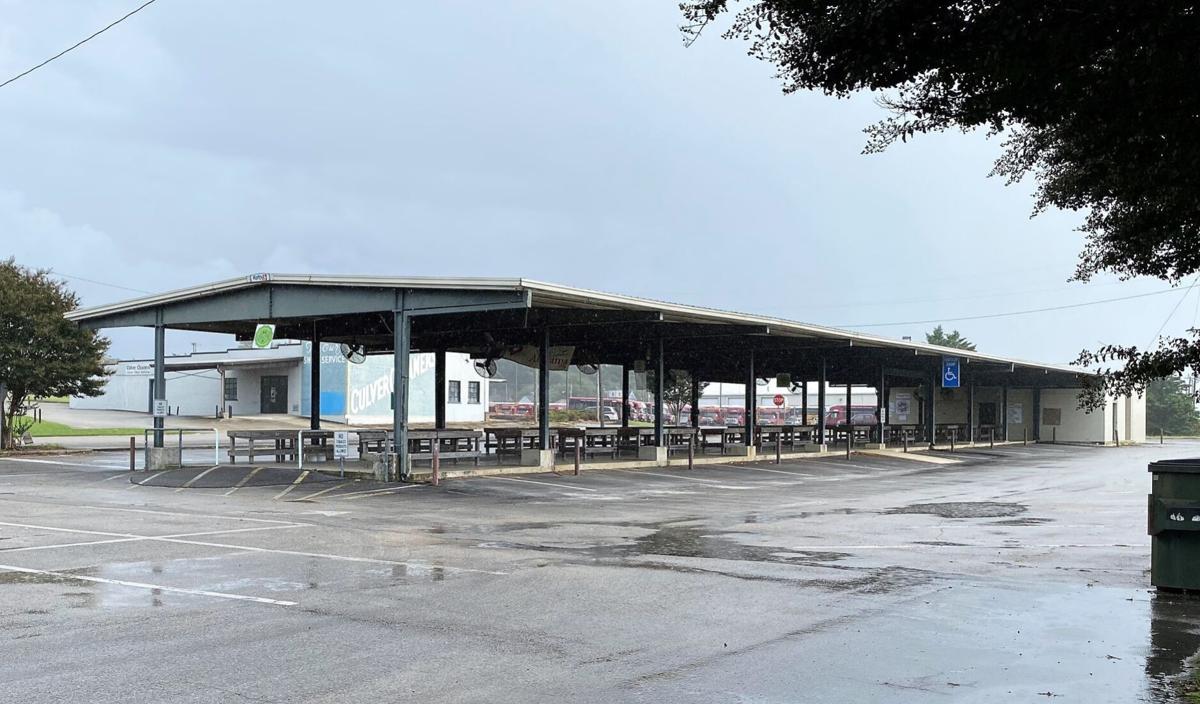 Under a developing plan, the Morgan County-Decatur Farmers Market would be torn down in November 2022 and rebuilt into a year-round farmers market and community event center. The former Culver Cleaners across First Avenue Southeast may be part of the project, officials said. [MICHAEL WETZEL/DECATUR DAILY] 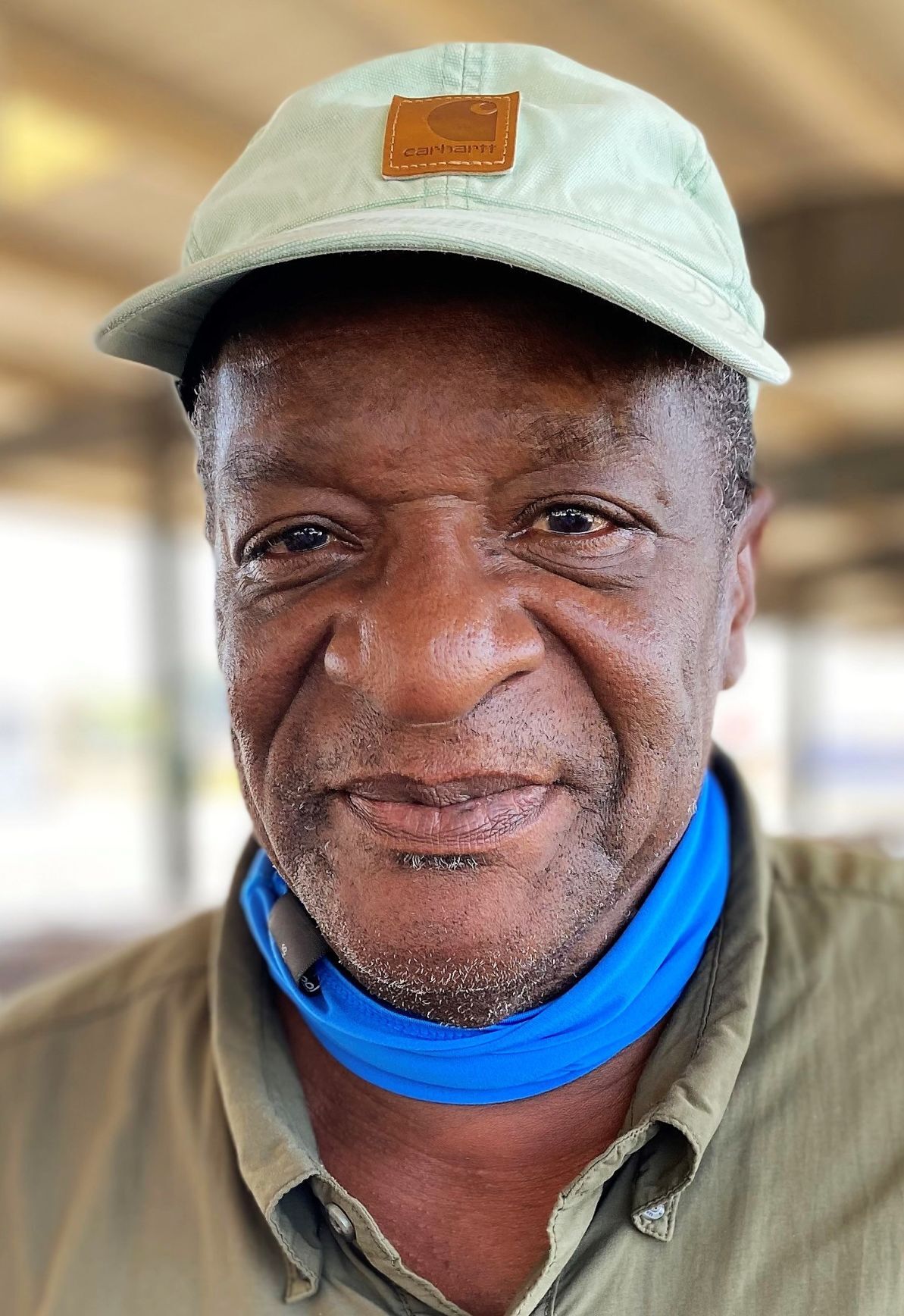 The Morgan County-Decatur Farmers Market currently uses an open-air pavilion, but officials envision turning it into a multipurpose facility with walls, roll-up doors and coolers. That would make it easier to sell meat while allowing the market to open year-round and host gatherings such as wedding receptions. [JERONIMO NISA/DECATUR DAILY FILE PHOTO]

Under a developing plan, the Morgan County-Decatur Farmers Market would be torn down in November 2022 and rebuilt into a year-round farmers market and community event center. The former Culver Cleaners across First Avenue Southeast may be part of the project, officials said. [MICHAEL WETZEL/DECATUR DAILY]

With $800,000 in state funds already set aside for the project and another $350,000 expected in fiscal 2023, leaders of the farmers market in downtown Decatur hope to raze the existing facility and begin building a year-round market and event venue as early as November 2022.

Laura Ritch, chair of the Morgan County-Decatur Farmers Market board, and other local officials envision a multipurpose facility to replace the 10,500-square-foot pavilion and office built in 1984 at 211 First Ave. S.E. While in the early planning stages, some officials expect a price tag as high as $2.5 million for the project.

“We need a farmers market where people can buy and sell meats, beef, chicken and even sweets (such as cupcakes, pies and cakes),” Ritch said. “We’ll need coolers, storage.”

She and others want to see the market as a venue that also could host wedding receptions and gatherings, on a smaller scale than the Ingalls Pavilion on Wilson Street Northwest in Decatur.

She said a few obstacles stand in the way of starting the project by November 2022, mainly the need for a stronger foundation. She said the current foundation can’t support a facility with roll-up doors, walls and a heavier roof.

“We’re talking about razing the building and tearing up the foundation that is now there,” Ritch said. “We have to do something about the parking lot. Traffic there can be an absolute nightmare at busy times during the summer. … We want to improve the looks. Any superficial improvements would simply be putting lipstick on a pig.”

While state funds are available for the proposed construction, the COVID pandemic put the farmers market in a financial pinch, she said.

“We hit bottom during COVID. Our finances were shallow,” she said. “A lot of farmers didn’t come out to the farmers market because of the fear of COVID. It really hurt our reserve, but this has been a good season. Last year our (buyer) numbers were down about 50%. This year people walking through the farmers market is up about 60%. We’re back to where we were before COVID.”

At the end of last year’s market season, Ritch said the market had $1,600 in its coffers. “Now, by the end of the season, we’re hoping to have about $20,000 in reserve to run the market. We still pay garbage, water, electricity, phone, insurance bills just like other businesses and individuals.”

The Morgan County Commission pitched in $5,000, and Ritch said the new market manager Steven Barber “has been very diligent trying to save money. We had to rein in our budget to rebound our base.”

The city helps with maintenance and repairs, she said.

Barber said a one-time Christmas market at the farmers market is set for Dec. 4. “People will be able to sell homemade goods,” he said. “We’re expecting a lot of vendors and shoppers. We’ve got some great bakers in the county. We’re taking baby steps to being a year-around market. I’d like to have a tiny library with books here, too.”

Ritch said the 84-year-old market, begun in 1937 and located at its current site in 1984, may be the oldest farmers market in the state and other market boards pay attention to it.

“The Morgan County-Decatur Farmers Market carries a lot of weight in this state. The market is well respected in the state and what we do is well received,” she said. “A lot of other farmers markets look to us for advice.”

Ritch sees state Sen. Arthur Orr, R-Decatur, as the “driving motor” behind obtaining the bulk of financing for the year-round market project.

Orr said he is in the process of securing $1.15 million from the Alabama Agriculture & Industries Department for the market board’s plans.

“The farmers market gives the producers somewhere to market and gives our citizens access to home-grown produce," Orr said. "Most successful cities and counties have a successful farmers market. Our market has a central location that is very accessible to low-income families who may not have the means to travel far for fresh produce.”

Council President Jacob Ladner and Councilman Kyle Pike said the market enhances the quality of life in Decatur and they hope the city provides it with money this fiscal year.

Pike said he is pushing for $1 million for the market and hopes to have it come from a projected $20 million bond, which also would finance a planned downtown parking deck and improvements along Sixth Avenue.

“We need to make it easy for the sellers and increase foot traffic there,” he said. “I’d like to see $2 million or $2.5 million (from all sources) put into it to make a quality-of-life project.”

He said he expects the current farmers market to be torn down in the winter months of 2022 and 2023. He said acquiring the former Culver Cleaners building, directly across First Avenue from the existing market, is a consideration for the project.

Ladner said he would like to see the County Commission partner with the city “to make it the best farmers market and destination in north Alabama. It spans all generations.”

“There’s a good chance we’ll pitch in to help build what is needed,” he said.

After a slow start to the selling season, regular vendors Marilyn Champion and Charles Sales last week called the season a good one.

“I’m happy with it,” he said. “Wednesday, Friday and Saturday are our biggest selling days.”

Champion, whose family has been selling at the market since 1998, agrees. Last week, patrons were visiting her two tables snatching up tomatoes and pumpkins.

“The hours changed because of COVID, but I don’t think the farmers have a problem with the new hours,” she said. “Our busy time is around 9 in the morning. There’s always good food and good prices here.”

The farmers market trimmed its hours due to COVID concerns. Barber said the market is open from 7 a.m. to 1 p.m. Mondays, Wednesdays, Fridays and Saturdays.

“It’s been a good year despite the weather challenges,” Barber said about August being the second-wettest August on record. “Saturday remains our busiest day. In the middle of May, all 40 tables were full plus about 10 tents in the parking lot until last month. The farmers like the new hours. Our farmers have a job when they get home. You can’t please everybody. Some in the community want us to be like Walmart and be open 24 hours a day, every day.”

Ritch said table rental is the prime revenue-producer for the market.

“We pay $3,300 a year for our two tables,” said Champion. “We have to sell a lot of produce to reach that break-even point.”

And they do, she said. Champion Farm in Falkville produces tomatoes, turnip greens, squash, cucumbers and strawberries to sell at the market as well as on the farm.

“We’re selling about 300 pounds of tomatoes a day here,” she said.

The market is set to close for the season the week of Thanksgiving.

The Morgan County-Decatur Farmers Market at 211 First Ave. S.E. is open from 7 a.m. to 1 p.m. Mondays, Wednesdays, Fridays and Saturdays. The market is scheduled to close the week of Thanksgiving, but host a Christmas market Dec. 4.