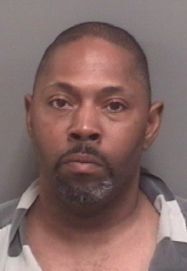 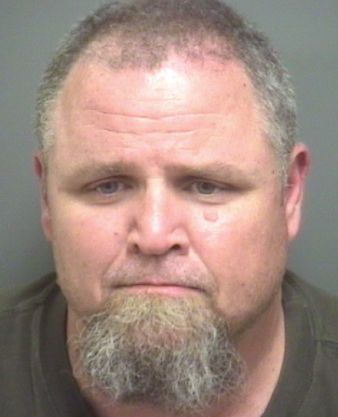 Two Texas residents arrested after the seizure of nearly 4.5 pounds of methamphetamine last month in a Priceville hotel room intended to distribute it in Morgan and Madison counties, according to authorities.

Melvin Dewayne Osborn Jr., 47, of Galveston, and Steven Neal Richardson, 43, of Lubbock, are both charged with trafficking in methamphetamine, according to court records. They remained in Morgan County Jail on Tuesday with bail set at $250,000 each. Their preliminary hearings and bond reduction hearings are set for April 15 in Morgan County District Court.

Agents with the North Alabama HIDTA Drug Task Force and Morgan County Sheriff's Drug Enforcement Unit conducted a narcotics investigation in the Decatur-Priceville area and seized the meth, with an estimated street value of $200,000, on March 26, authorities said.

“Illegal narcotics continue to be an ongoing issue,” Morgan County Sheriff’s Office spokesman Mike Swafford said Tuesday. “Unfortunately, we continue to see them make their way to into our communities.”

Swafford said 2020 was “one of the most productive years” for drug arrests and seizures. “This has continued through the first quarter of 2021,” he said. “This will continue to be a focus.”

Agents, after conducting surveillance, obtained a search warrant on March 26 for a room at the Super 8 at 70 Marco Drive in Priceville, according to an affidavit filed by Blake Dean, a Huntsville police officer and a Strategic Counterdrug Team (STAC) agent.

Agents saw Richardson enter and exit the room several times and knew Osborn was in the room, the affidavit said. Richardson left the room and went to the office, and was stopped and detained there.

Agents then executed the search warrant, and Osborn was in the room, according to the affidavit. Dean said there was a bag on the bed and inside were two large Ziploc bags containing a substance believed to be methamphetamine ice, the affidavit stated. The substance, which tested positive for meth, weighed about 2,000 grams.

He said both men were advised of their Miranda rights.

“Mr. Osborn did not wish to talk,” the affidavit said. “Mr. Richardson admitted to me that Mr. Osborn had ordered the drugs through a ... male (and) admitted to delivering the meth for the ... male to Mr. Osborn.”

“Additionally, in 2019, we joined the ALEA (Alabama Law Enforcement Agency) Region F Task Force which connects us with multiple agencies across our area,” Swafford said. “This regional connection has allowed our agents to connect more cases leading to more arrests and seizures.”