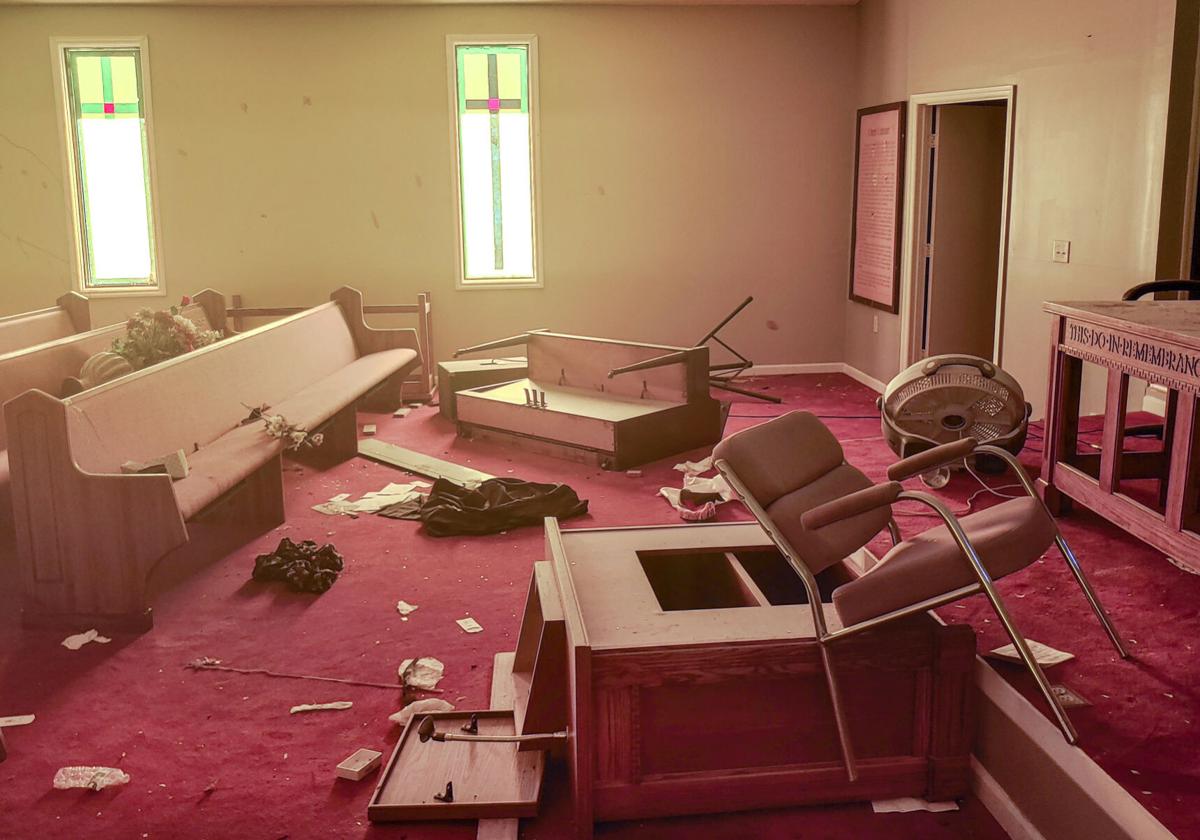 An insurance assessment of the damage caused by vandals at St. John’s Missionary Baptist Church in Somerville hasn’t been made, but the Morgan County Sheriff’s Office said it was “thousands of dollars.” [WESLEY TOMLINSON/DECATUR DAILY] 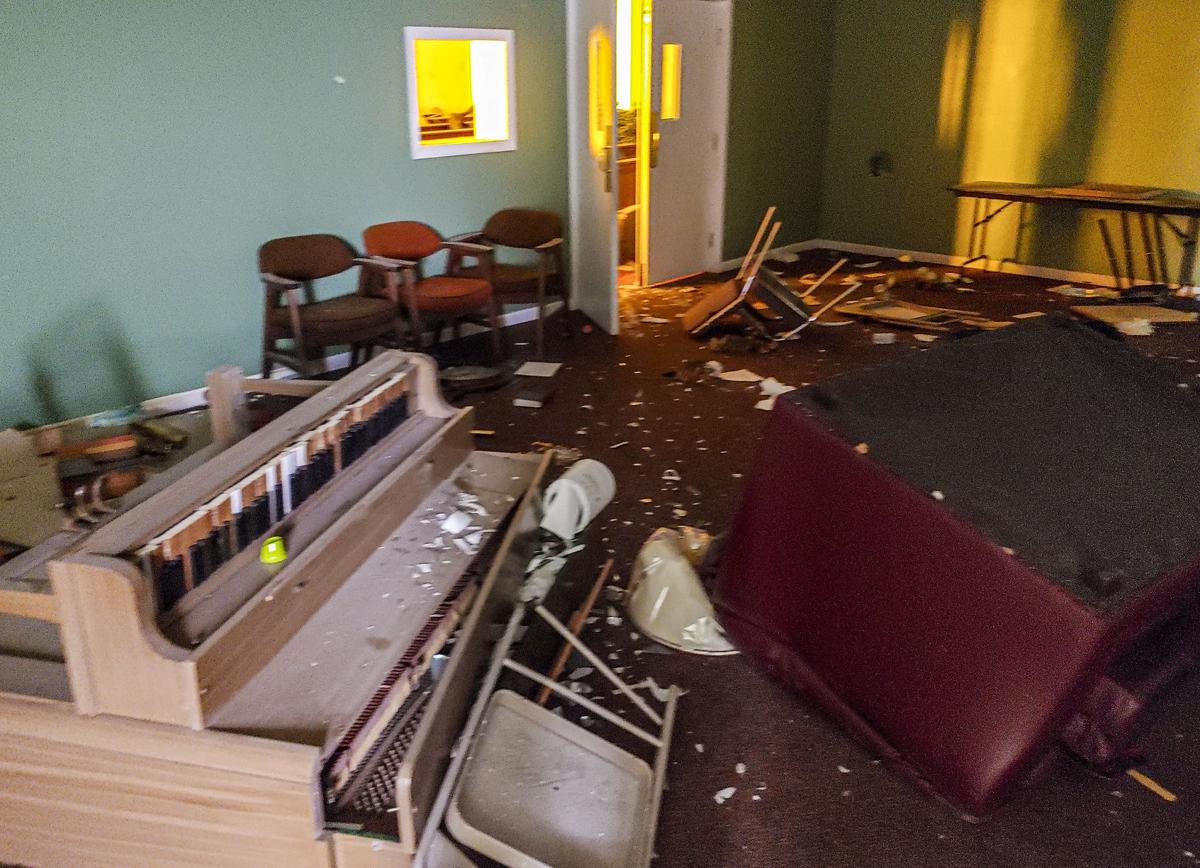 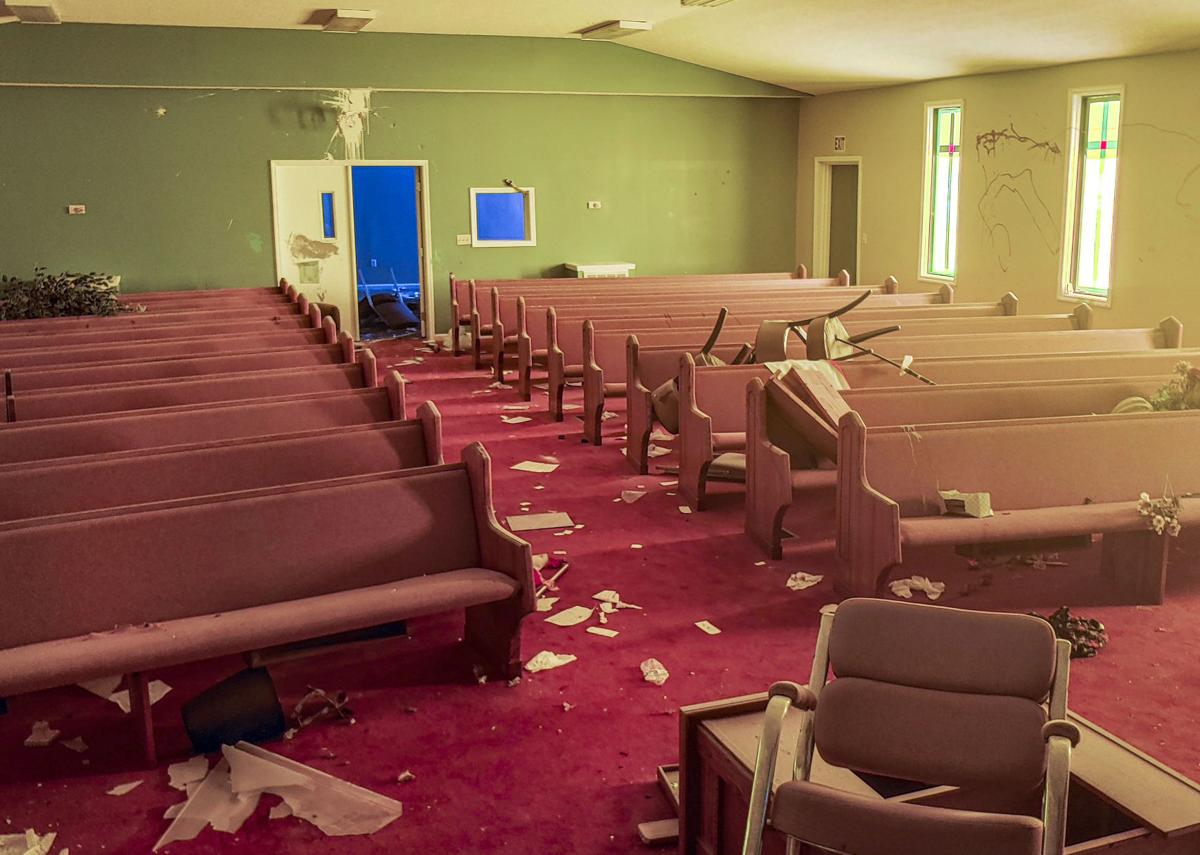 “You can only imagine the devastation and trauma that this has caused our church,” St. John’s Missionary Baptist member Lynette Burton said. “The way that it looked, it looked like someone had been killed.” [WESLEY TOMLINSON/DECATUR DAILY]

An insurance assessment of the damage caused by vandals at St. John’s Missionary Baptist Church in Somerville hasn’t been made, but the Morgan County Sheriff’s Office said it was “thousands of dollars.” [WESLEY TOMLINSON/DECATUR DAILY]

“You can only imagine the devastation and trauma that this has caused our church,” St. John’s Missionary Baptist member Lynette Burton said. “The way that it looked, it looked like someone had been killed.” [WESLEY TOMLINSON/DECATUR DAILY]

SOMERVILLE — At least four juveniles have been identified as suspects in vandalism at St. John’s Missionary Baptist Church that caused thousands of dollars in damage and forced the century-old congregation to cancel weekend activities, authorities said Monday.

“This church used to be a beautiful home to us,” said Rosa Stewart, the church clerk. “Now it’s like walking into hell.”

The Morgan County Sheriff's Office said the juveniles face burglary and criminal mischief charges. The suspects include two 14-year-old males and two females, one 11 and one 13, the office said. A statement also was being taken from a fifth individual late Monday afternoon and the investigation is continuing, according to Mike Swafford, sheriff's spokesman.

The Sheriff's Office said the damage was reported Saturday after occurring some time in the previous week. Members of the church hadn't begun the cleanup process Monday because they were waiting for an insurance adjustor to assess the damage.

Vietnam War veteran and deacon Curtis Burton, 74, has been attending the church since he was a child and said he was stunned by what he saw.

“This is the very first time we’ve ever had anything happen like this,” Burton said.

After seeing the condition of the church on Saturday, Burton alerted his brother, Amos, who lives within walking distance of the church. He said Amos was the first one to contact police.

Curtis Burton’s daughter, Lynette Burton, and his granddaughter live across the street from the church. Lynette saw her father’s truck parked at the church and went to check on him.

“When I got there, he said, ‘Come here, I want to show you something,” Lynette said. “When he opened the doors, I thought ‘What in God’s name happened here?’”

Human waste was smeared on pews, doorknobs, and on mirrors and walls of the bathroom. Vulgarity and racial slurs had been written on the walls of the sanctuary and red paint was also thrown on the pews and inside the baptismal font.

“All kinds of stuff was written over the walls,” Curtis Burton said. “Very vulgar stuff.”

Swafford said the incident at the historically Black church is not currently being investigated as a hate crime. The Sheriff's Office said the church "sustained thousands of dollars of damage."

Lynette Burton said that the church consists of fewer than 25 people and more than 90% of them are elderly. She and her father were the first people to discover the vandalism.

“So you can only imagine the devastation and trauma that this has caused our church,” Lynette said. “The way that it looked, it looked like someone had been killed.”

The congregation did not meet Sunday because members were still in shock.

Lynette said that her mother, Rose Burton, who taught Sunday school at the church for over 30 years, was so upset that she could not walk through the rest of the church building to witness further damage.

“Me and my daughter had to console her because she was crying so much,” Lynette said.

The Sheriff’s Office posted pictures on Facebook of the damage caused to the church.

“They say pictures are a thousand words,” Lynette said of the pictures. “Not in this case. You got the modified version that they put out.”’

The vandalism was the second blow to the church in four weeks.

Rodney Randell was the pastor of St. John’s Missionary Baptist Church and a longtime educator with Decatur City Schools until his death on Sept. 19. Lynette said Randell’s great-grandfather founded the church more than 100 years ago.

“We are still dealing with his loss,” Lynette said.

Since Randell’s death, the church has not had a pastor to lead them and has only been able to hold Sunday school meetings.

Stewart said Randell’s robe had been taken and trampled on. Visible footprints were on the front of the robe.

Morgan County Sheriff Ron Puckett was working with the church leadership to get the church ready for use again and said he hopes it will be ready by Sunday.

I do not understand the thinking of 11-year old, 13-year old, and 14 -year old minds that would cause them to do such filth and damage to any building let alone a church.