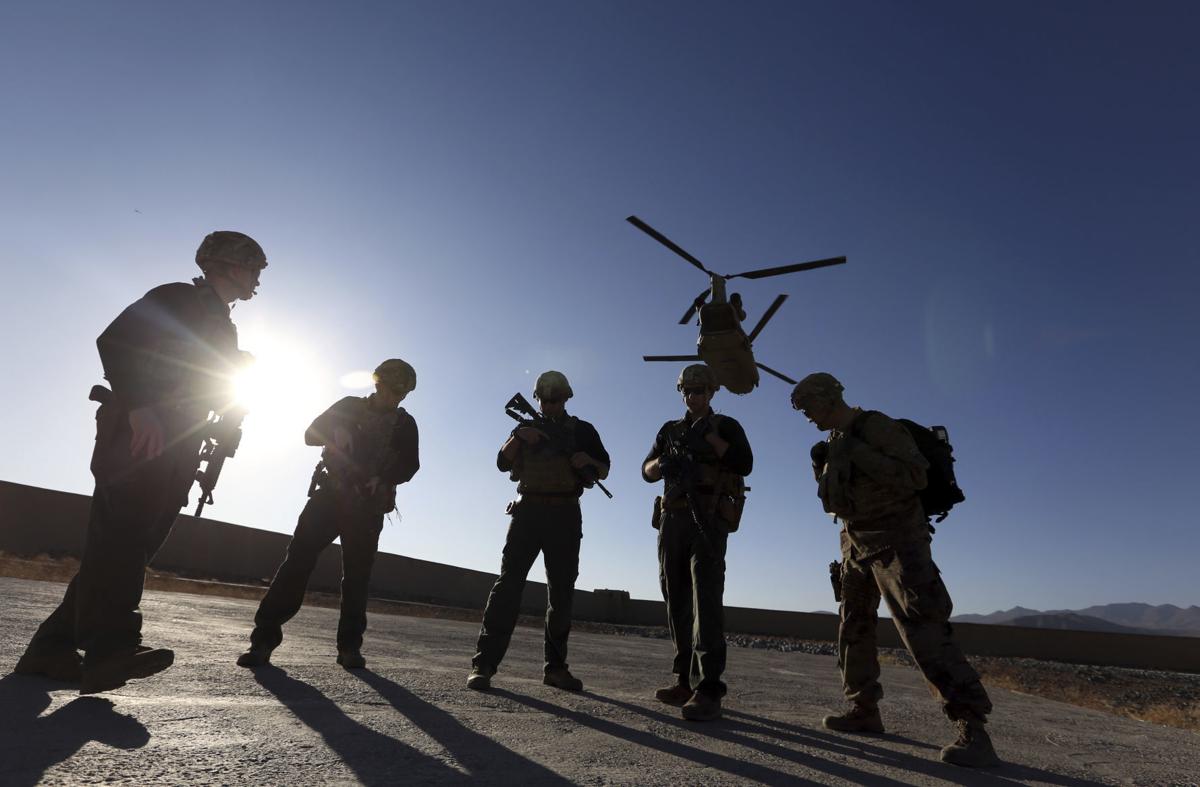 In this Nov. 30, 2017, file photo, American soldiers wait on the tarmac in Logar province, Afghanistan. Top officials in the White House were aware in early 2019 of classified intelligence indicating Russia was secretly offering bounties to the Taliban for the deaths of Americans. [AP PHOTO/RAHMAT GUL] 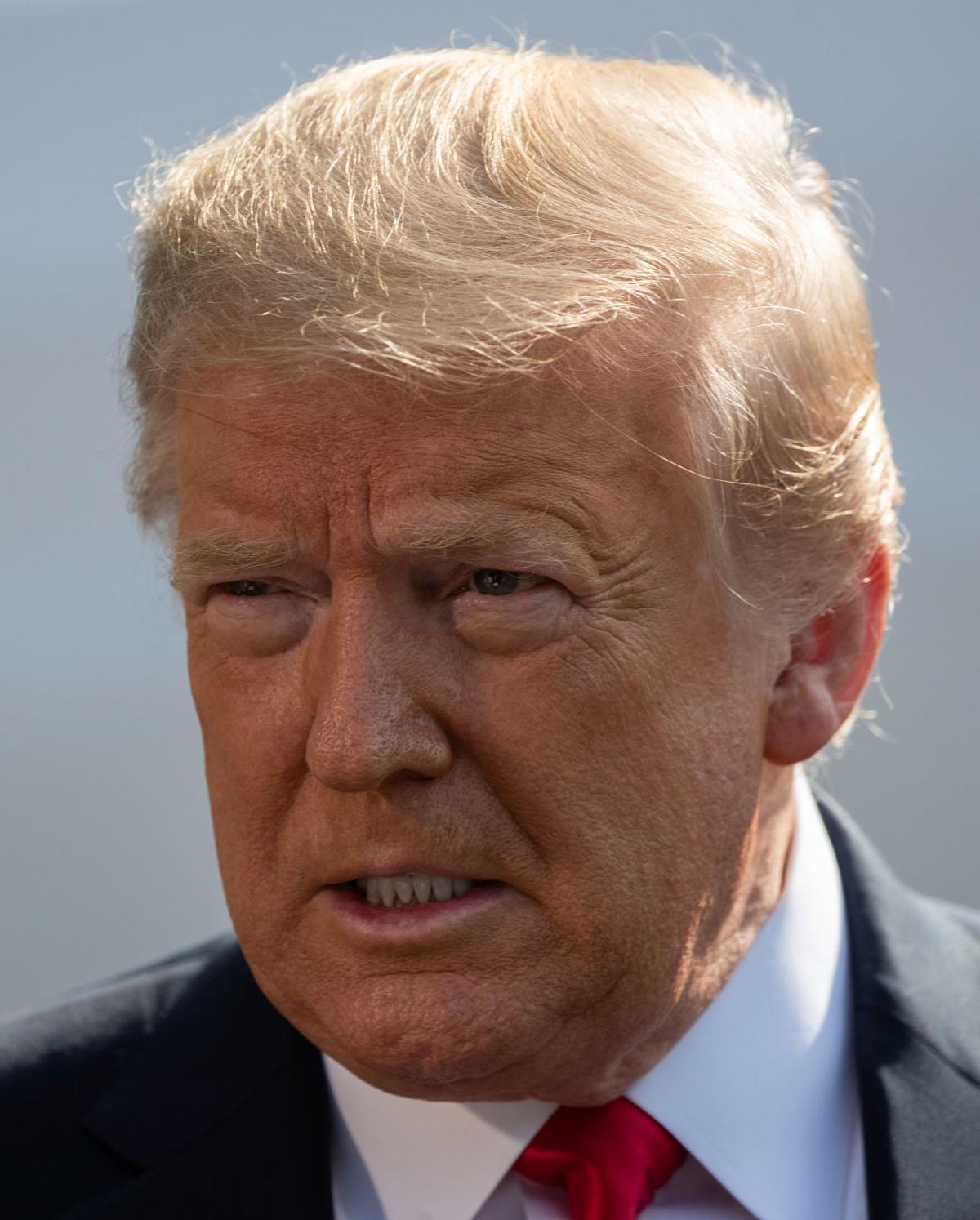 In this Nov. 30, 2017, file photo, American soldiers wait on the tarmac in Logar province, Afghanistan. Top officials in the White House were aware in early 2019 of classified intelligence indicating Russia was secretly offering bounties to the Taliban for the deaths of Americans. [AP PHOTO/RAHMAT GUL]

Top officials in the White House were aware in early 2019 of classified intelligence indicating Russia was secretly offering bounties to the Taliban for the deaths of Americans, a full year earlier than has been previously reported, according to U.S. officials with direct knowledge of the intelligence.

The assessment was included in at least one of President Donald Trump’s written daily intelligence briefings at the time, according to the officials. Then-national security adviser John Bolton also told colleagues at the time that he briefed Trump on the intelligence assessment in March 2019.

White House press secretary Kayleigh McEnany said Tuesday that Trump had been briefed on the intelligence, a day after saying he hadn't because it had not been verified. McEnany added that there were still reservations within the intelligence community on the veracity of the allegations.

Bolton declined to comment Monday when asked by the AP if he'd briefed Trump about the matter in 2019. On Sunday, he suggested to NBC that Trump was claiming ignorance of Russia’s provocations to justify his administration’s lack of response.

“He can disown everything if nobody ever told him about it,” Bolton said.

The revelations cast new doubt on the White House’s efforts to distance Trump from the Russian intelligence assessments. The AP reported Sunday that concerns about Russian bounties also were in a second written presidential daily briefing this year and that current national security adviser Robert O’Brien had discussed the matter with Trump. O’Brien denies doing that.

On Monday, O'Brien said that while the intelligence assessments regarding Russian bounties "have not been verified,” the administration has “been preparing should the situation warrant action.”

The administration’s earlier awareness of the Russian efforts raises additional questions about why Trump didn't take punitive action against Moscow for efforts that put the lives of American service members at risk. Trump has sought throughout his time in office to improve relations with Russia and President Vladimir Putin, moving this year to try to reinstate Russia as part of a group of world leaders it had been kicked out of.

Officials said they didn't consider the intelligence assessments in 2019 to be particularly urgent, given Russian meddling in Afghanistan isn't a new occurrence. The officials with knowledge of Bolton’s apparent briefing for Trump said it contained no “actionable intelligence,” meaning the intelligence community didn't have enough information to form a strategic plan or response. However, the classified assessment of Russian bounties was the sole purpose of the meeting.

The officials insisted on anonymity because they weren't authorized to disclose the highly sensitive information.

The intelligence that surfaced in early 2019 indicated Russian operatives had become more aggressive in their desire to contract with the Taliban and members of the Haqqani Network, a militant group aligned with the Taliban in Afghanistan and designated a foreign terrorist organization in 2012 during the Obama administration.

The National Security Council and the undersecretary of defense for intelligence held meetings regarding the intelligence. The NSC didn't respond to questions about the meetings.

Concerns about Russian bounties flared anew this year after members of the elite Naval Special Warfare Development Group, known to the public as SEAL Team Six, raided a Taliban outpost and recovered roughly $500,000 in U.S. currency. The funds bolstered the suspicions of the American intelligence community that Russians had offered money to Taliban militants and linked associations.

The officials told the AP that career government officials developed potential options for the White House to respond to the Russian aggression in Afghanistan, which was first reported by The New York Times. However, the Trump administration has yet to authorize any action.

The intelligence in 2019 and 2020 surrounding Russian bounties was derived in part from debriefings of captured Taliban militants. Officials with knowledge of the matter told the AP that Taliban operatives from opposite ends of the country and from separate tribes offered similar accounts.

The U.S. is investigating whether Americans died because of the Russian bounties. Officials are focused on an April 2019 attack on an American convoy. Three U.S. Marines were killed after a car rigged with explosives detonated near their armored vehicles as they returned to Bagram Airfield, the largest U.S. military installation in Afghanistan.

Hendriks' father told the AP that even a rumor of Russian bounties should have been immediately addressed.

“If this was kind of swept under the carpet as to not make it a bigger issue with Russia, and one ounce of blood was spilled when they knew this, I lost all respect for this administration and everything,” Erik Hendriks said.