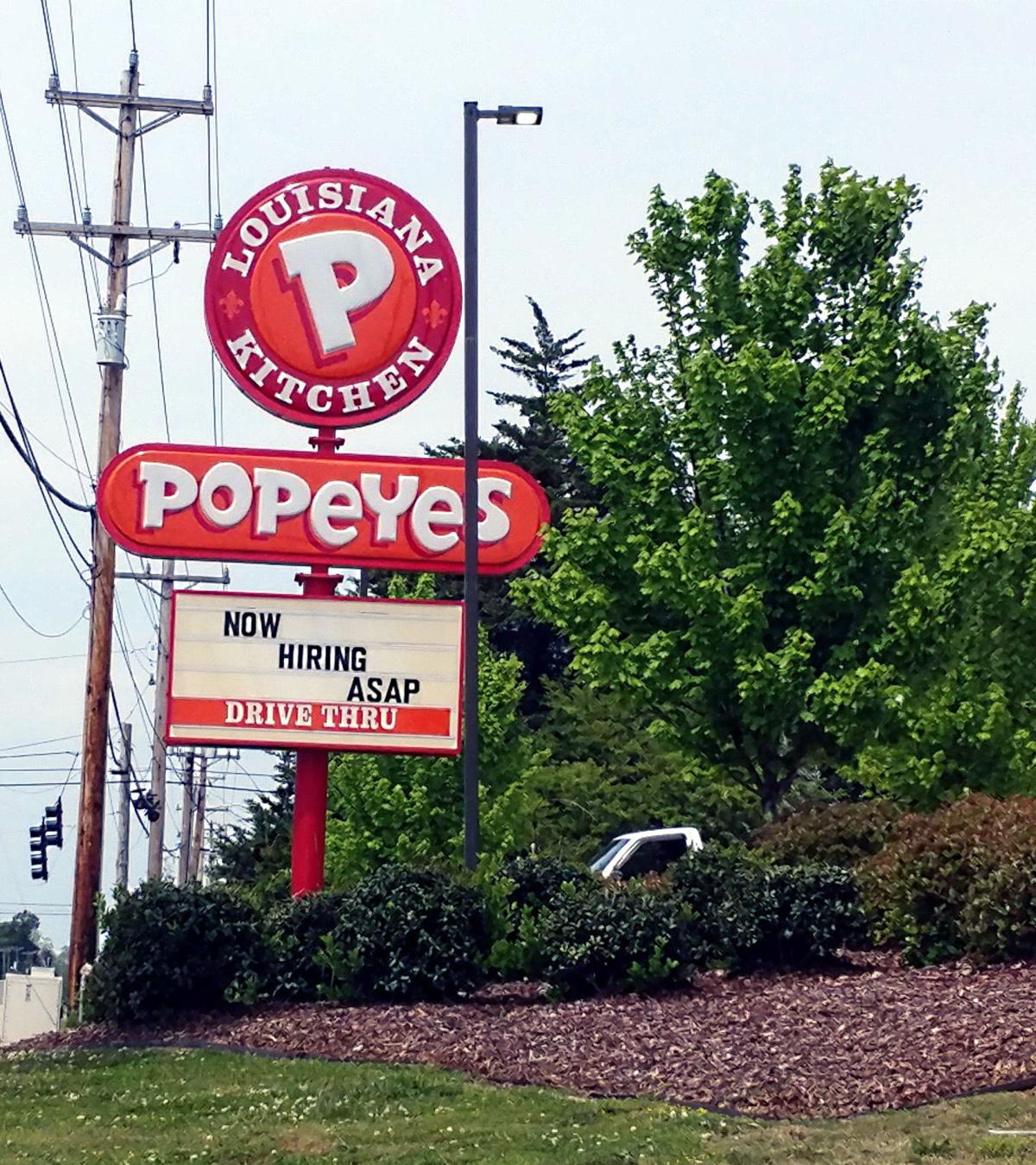 The sign at Popeyes in Athens on Friday displays a sense of urgency in hiring more employees. [FRANKLIN HARRIS/DECATUR DAILY] 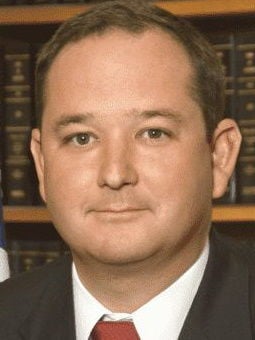 MONTGOMERY — After taking an initial hit at the beginning of the coronavirus pandemic last year, Alabama's economy has largely bounced back. Still, some businesses are having trouble finding enough workers, particularly in the restaurant and hospitality industry.

Information from the Alabama Department of Labor shows a 52% increase in advertised food prep and serving jobs in the first quarter of this year compared to the same period in 2020. Advertised waitress and waiter positions have increased about 44%. Hotel desk clerk postings have more than doubled.

Mindy Hanan, president of the Alabama Restaurant and Hospitality Association, said the state's restaurants and hotels can’t get enough workers.

“We’re wide open, and we need as many employees as we can have,” Hanan said. “We’ve always needed employees, but it’s worse now, and I do think it’s because we’re having to compete with (increased unemployment benefits related to COVID-19).”

In March, the state's unemployment rate was 3.8%, up from a record-low 2.6% prior to the pandemic when it spiked to nearly 13%.

“If you are unemployed in Baldwin County right now, you don’t want a job,” Sen. Chris Elliott, R-Daphne, said.

Staff shortages lead to closed restaurants and other attractions, which means tourists can’t spend money that turns into local and state tax revenue.

“That negative experience could have long-lasting effects with people going elsewhere for their next vacation."

“We have a serious fraud problem,” Elliott said.

Hanan said she had four unemployment insurance claims sitting on her desk for people falsely alleging they were let go from the association.

“I’ve never heard of them before,” she said.

She said she's heard from association members about a spike in fake claims.

“There is fraud in every way you can think of it,” Hanan said. People’s identities being stolen and used, people falsely claiming to have worked for companies, and employees saying they were let go from a business when actually they quit.

In March 2020, Congress passed and President Donald Trump signed the CARES Act, which offered unemployed workers an extra $600-a-week benefit funded by the federal government. That benefit expired at the end of July but Congress reauthorized a $300 a week benefit in December.

Extra unemployment benefits from the federal government remain at $300 a week under the American Rescue Plan Act, signed by President Joe Biden in March.

Dev Wakeley, a policy analyst for the nonprofit advocacy organization Alabama Arise, said many people who qualified for unemployment last year didn’t get it. Delays in benefits were widely reported. When people couldn’t work, some were forced into new jobs, he said.

“You see a lot of servers transferring to jobs in health care or other industries,” he said. “And now that people are having to wait in line for their hamburgers, they’re trying to pretend there’s this nefarious motivation from people who were working in unstable, low-wage jobs.

“… Pretending there is this grand conspiracy on the part of thousands of Alabamians not to work is ridiculous. It’s not based in reality, it’s based on what people want to believe about low-wage workers."

According to Labor, the average hourly wage of a hotel desk clerk in Alabama is $10.90. Food prep workers make the same.

Asked if the shortage is a wage issue, Hanan said the free market works.

“With the government adding all this free money, it has upset the balance,” she said.

She also said restaurants and hotels “are an industry of opportunity” where people with low skills can quickly advance to a middle-class income.

Hanan said she’d like to create short-term training to credential potential hospitality workers so that employers know they have some industry training and want to work.

“I’m knocking on doors and talking to people to see if we can make it happen,” she said.