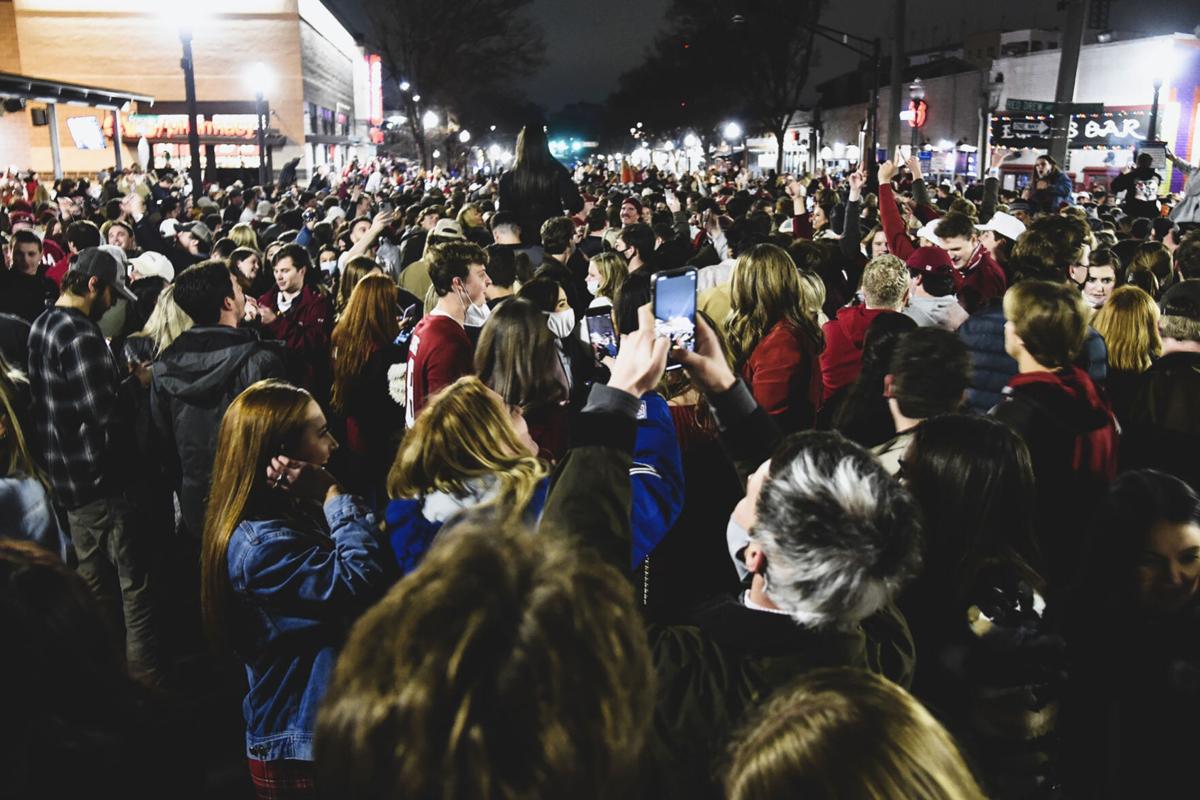 Alabama fans celebrate in the street in Tuscaloosa on Monday night after Alabama defeated Ohio State 52-24 in the college football national championship game in Miami Gardens, Fla. Many of the fans didn't take basic precautions against the coronavirus like wearing face masks. [BENJAMIN FLANAGAN/ALABAMA MEDIA GROUP] 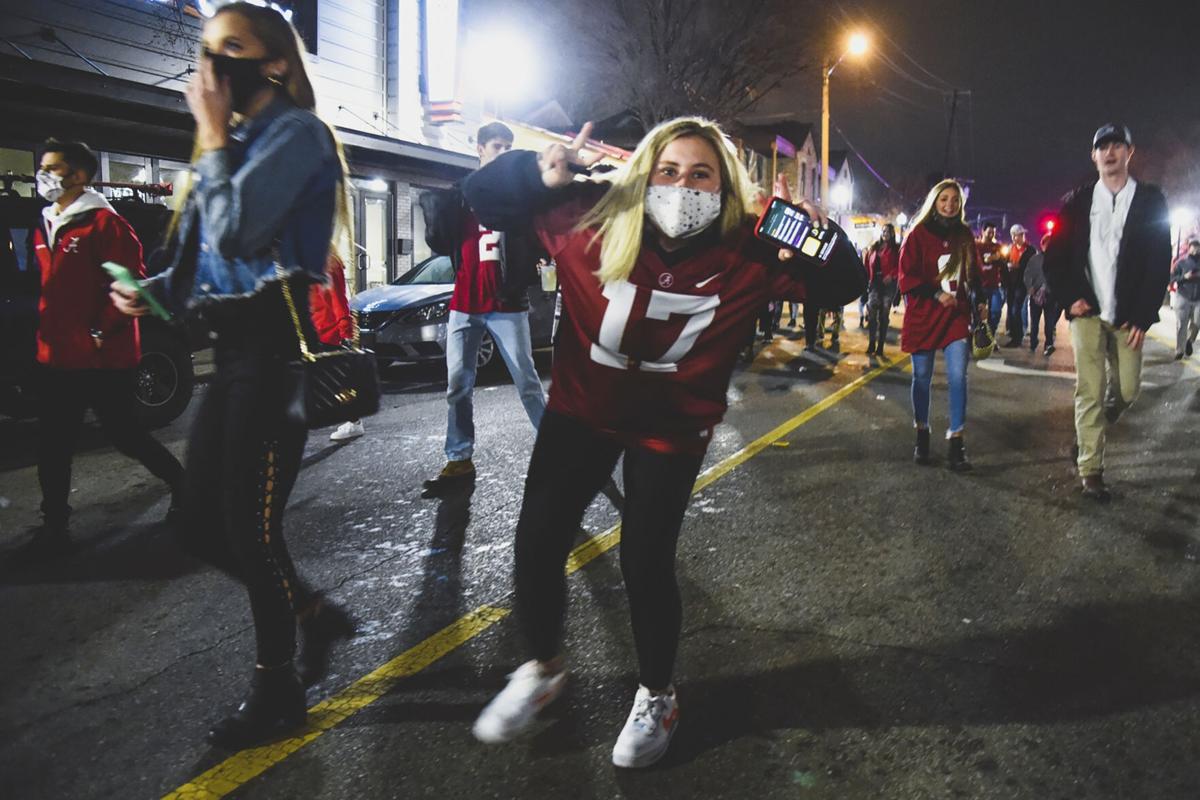 Alabama fans celebrate in the street in Tuscaloosa on Monday night after Alabama defeated Ohio State 52-24 in the college football national championship game in Miami Gardens, Fla. Many of the fans didn't take basic precautions against the coronavirus like wearing face masks. [BENJAMIN FLANAGAN/ALABAMA MEDIA GROUP]

TUSCALOOSA (AP) — Thousands of University of Alabama football fans partied in the street near campus after the Crimson Tide defeated Ohio State 52-24 for the national championship, ignoring pleas for safety at the height of the coronavirus pandemic in a celebration that a top health official said Tuesday could worsen disease spread.

Students and others poured out of jam-packed bars near campus as time expired in Miami late Monday, traffic cameras and images posted on social media show, gathering on University Boulevard in an area called "The Strip."

Many of the fans screaming and cheering as they pressed against each other in the street didn't wear face masks. Dr. Scott Harris, the head of the Alabama Department of Public Health, said he expected more cases of COVID-19 to result from the street party.

"It's disappointing to see people not paying attention to the guidance that we try to give to keep them safe. I was excited as anybody and wanted to celebrate also, but right now is not a time to be out in large groups of people close together when you are not masked," he said.

Fourteen people were arrested on charges including public intoxication, disorderly conduct and resisting arrest, officials said at a news conference where Mayor Walt Maddox said the crowd was "larger than any celebration that we've seen in recent memory."

In an open letter released through social media, the United Campus Workers of Alabama, a labor group for university employees, said the gathering could become a "super-spreader event" and asked for hazardous-duty pay for workers in close contact with students; evidence of virus testing; and a two-week suspension of in-person classes.

The university is requiring virus screening for all students returning for the semester who plan to live on campus, with testing planned through next week at the basketball arena. Students and workers also are required to complete online training about reducing the risk of spreading the illness.

The postgame scene was exactly what officials feared as they urged people to watch at home and celebrate privately.

"Cheer, celebrate, and enjoy the success of our team, but please do so responsibly and safely. Roll Tide!" Police Chief Brent Blankley said in a statement beforehand. Police cars and officers are visible at the fringes of the throng in some images.

People lined up to get into the bars an hour before kickoff despite the warnings, The Tuscaloosa News reported. "All bars are open and we're ready to roll over Ohio State," said a tweet by Gallettes, a popular student bar, long before the game began.