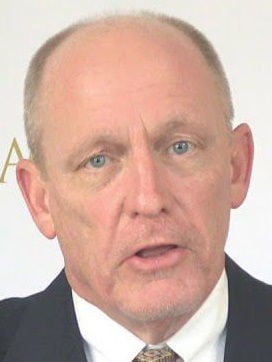 MONTGOMERY — State leaders reallocated some of Alabama’s federal CARES Act funding away from local governments and higher education and toward the Unemployment Insurance Trust Fund, drawing criticism Monday from the state’s county association.

Association of County Commissions of Alabama Executive Director Sonny Brasfield told county leaders on Monday that he has asked the state to reverse the decision to transfer about $70 million away from $250 million originally earmarked for counties and cities in May.

“The association cannot express in strong enough terms its disappointment and dismay at today’s decision,” Brasfield said in a written statement. “For more than six months, counties have struggled with changing guidance, inconsistent responses and moving eligibility requirements. Many counties have expended funds based on email communication stating that items would be eligible for reimbursement only to learn today that funding has now been withdrawn without warning.”

The Alabama Department of Finance oversees the spending of more than $1.7 billion in CARES Act funds given to the state in early 2020.

Finance Director Kelly Butler said Tuesday a total of $87 million is being directed to unemployment. That includes $72 million previously earmarked for local governments and $15 million from higher education. The CARES Relief Funds doled out by the state does not include money sent directly to education institutions.

Butler said this is likely the last significant reallocation of the original CARES Act money and the impetus for this one is the Unemployment Insurance Trust Fund.

“The Department of Labor has to set the employer tax rates and notify employers by the end of January,” Butler said. “And so that was the driving force behind this decision. … I think we’ve done as much as we can do for the Unemployment Trust Fund in order to impact the tax rate.”

Spending legislation approved in May said that six lawmakers, the leaders in both chambers and the four budget chairmen, had to unanimously approve any changes to the original allocation of federal money.

In September, Gov. Kay Ivey and lawmakers dedicated $300 million to unemployment benefit costs in an effort to avoid a significant increase in the tax paid by employers. But even with that infusion, businesses are expected to be taxed more to replenish the fund. The state’s Unemployment Insurance Trust Fund is supported by a tax on employers.

Since then, Butler and lawmakers indicated more money — as much as $287 million — could be dedicated to the trust fund to cover COVID-19-related unemployment costs.

Until late last month when Congress passed another COVID-19 relief package, state leaders were under a Dec. 30 spending deadline for the original allocation. That’s now been extended one year.

“We have had the intention of trying to make as whole as we could the unemployment insurance fund for the benefit of the most people,” Albritton said Monday night.

Brasfield said that counties were not given any deadline for seeking reimbursement, despite consistent communication between the association and the Department of Finance. The redirecting of funds could leave counties holding receipts for expenditures that will not be reimbursed, Brasfield said.

Albritton and Butler said that if local governments got their reimbursement requests in by the end of the year, they will receive money for qualified expenses.

“We’re not trying to cut them off,” Albritton said. “There was no intent to rob our local governments.”

Butler has previously talked about the strict federal rules on the spending of the CARES Act money and the complicated allocation process.

“The frustration expressed in (the county association’s) press release, some of those things are shared frustrations …. It’s just part of the process of getting through this,” Butler said.

Albritton said the late-December $900 billion relief package includes additional funding for small businesses and benefits for the state. Meanwhile, state leaders believe there will be a third round of federal funding in the future.

“We would not have taken this risk, political risk if you will, if we hadn’t had that strong inclination,” he said.

As of early this week, $1.4 billion of the state’s $1.78 billion had been spent, leaving $386 million “unexpended,” according to a dashboard updated by the Department of Finance. But because many programs and entities are being reimbursed for COVID-related expenses, more money is going out every day.