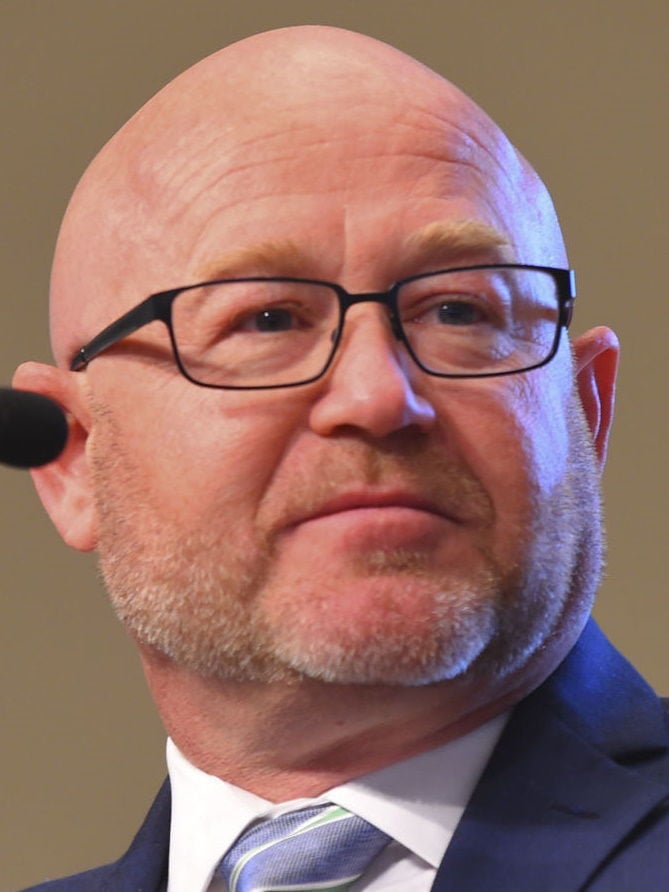 MONTGOMERY — A state lawmaker says one way to address Alabama's projected shortage of qualified workers is to extend school summer breaks so students can get more on-the-job experience.

Currently, many systems end their year prior to Memorial Day, but start in early August.

If Hurst’s proposal were in effect this year, students would have a 15-week break.

He said the current summer breaks don’t give older students enough time to get summer jobs and work experience.

“What we need is for these kids to have an opportunity to get a job, make a little money for them and momma and daddy, and learn a work ethic and discipline,” Hurst said recently.

Hurst points to reports that the state is facing a skilled worker shortage and Gov. Kay Ivey’s goal of adding 500,000 newly certified or degreed workers. Hurst said he’s talked to business owners who say they don’t have time in the existing summer breaks to train student workers.

“It doesn’t give kids enough time for worker training,” he said. “I’m just trying to get more workers in Alabama.”

This year, she polled the organization’s about 6,000 members and they’d like longer summer breaks for potential hires.

“Our No. 1 issue, not just in Alabama but across the nation, is that we can’t find qualified workers,” Elebash said.

She said by the time paperwork and initial training is done, it’s nearly time for the students to return to school.

“We’re losing that opportunity for them to gain that experience,” Elebash said. “… This is a real workforce issue for us.”

Current law gives systems some flexibility in their days, requiring 180 full instructional days at six hours of instruction per day or 1,080 instructional hours over the course of the year.

Bill Hopkins Jr., superintendent for Morgan County Schools, said he has multiple concerns about extending summer break, including the impact on students with working parents.

“We know for underprivileged children, a longer break is a disadvantage.”

Meanwhile, high schools already work with students to help them get work experience through co-ops and by offering virtual classes to give them more flexibility in their school schedules.

“Education has never been better at working with individual students than we are now,” he said.

Sally Smith, executive director of the Alabama Association of School Boards, said the she hadn’t previously heard the complaint about the current break being a worker training issue

“We have apprenticeship programs going on all over, throughout the year,” Smith said.

And students have after-school jobs, too.

“If we have to lengthen the school day, that will impact those (students),” she said.

Though Hurst hasn’t introduced a bill yet, his proposal is generating concern from school groups, some of whom are contacting their local lawmakers.

Rep. Parker Moore, R-Decatur, said he hasn’t seen any legislation, but opposes the change in principle.

“I think (calendars) should be left up to the local schools,” Moore said.

Hopkins is an elected superintendent. He and most of the county board of education ran as Republicans.

“We feel the foundation of what we do is based on local control,” Hopkins said.

Hurst's proposal would significantly reduce schools’ winter breaks and could eliminate others. And systems would lose the flexibility they have to accommodate local events, like Mardi Gras in the Mobile area and race days in Talladega. Schools in north Alabama build severe weather days into their schedules.

Hurst said they could get it done without significantly lengthening their days.

“We want them to have that right to adjust it, we just want more time in the summer months,” he said.

Hurst met with some school superintendents last week and he said conversations will continue before he files a bill this year.