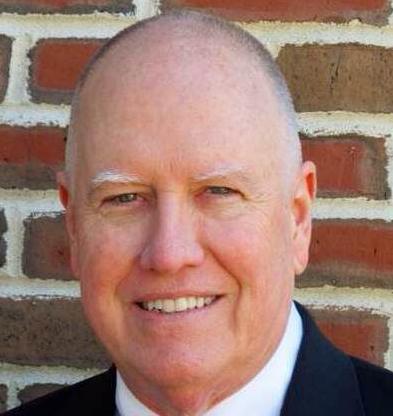 MONTGOMERY — The state’s new superintendent of education couldn’t have been hired under a lawmaker’s proposed requirements for the job.

Sen. Gerald Dial has pre-filed a bill for the 2017 legislative session that would require the state’s top educator to have recent classroom or school administration experience.

Michael Sentance was named state superintendent by the Alabama State Board of Education in August, despite not having any in-school experience.

“I thought it was ironic that we could have someone being superintendent who couldn’t be a superintendent in a local system,” Dial, R-Lineville, said Friday. He said Clay County Schools was searching recently for a new superintendent.

“If you can’t be the superintendent in Clay County, how should you be the person over that superintendent?” Dial said. “It doesn’t make sense.”

• Have an Alabama certificate in administration and supervision based upon requirements established by the State Board of Education for such certificate;

• Have not less than five years of experience in public school work at the time he assumes office;

• Submit proof to the State Superintendent of Education of three years of successful educational experience as a teacher, principal, supervisor, superintendent, educational administrator or instructor in school administration during the five years preceding his appointment or election;

• Submit proof to the county board of education that he holds a degree from a recognized four-year college or university; and

• Submit proof to the county board that he is knowledgeable in school administration.

Dial said if approved, his bill would not impact Sentance, who already has a contract with the State Board of Education.

Comment on the legislation was not available Friday from Sentance or the department. But board member Mary Scott Hunter of Huntsville, who nominated Sentance for the job and voted for him, defended the choice.

“As a general rule, the traditional pathway to the state superintendent position is likely to be a teacher, principal, then local superintendent,” she said Friday. “But there could be exceptions, as is the case with Mr. Sentance. In my experience, organizations often do promote from within, but sometimes there is value in a non-traditional choice of leader.”

Early in his career, he was an assistant attorney general in Massachusetts. He was that state’s secretary of education for one year in the mid-1990s, and then a senior education adviser to the governor from 1996 to 2001.

For the next eight years, he was the New England representative for the U.S. secretary of education. More recently, he’s been an education policy consultant.

In August, Sentance said he had been a local board of education member at a small system for five years. And in his various roles, he’s worked closely with educators, including superintendents.

“No one ever said to me, 'You don’t understand' or 'you don’t know what you’re talking about,’ ” he said.

Sentance, from Massachusetts, was one of six finalists for the job and the first finalist in August to receive a majority five votes from board members, including three current system superintendents.

Dial last month asked the board to delay its official hiring of Sentance. It did not.