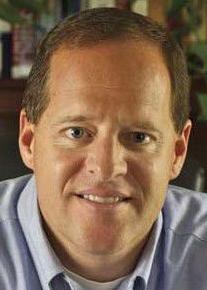 MONTGOMERY — More public funding for pretrial diversion programs and reclassification of certain violent crimes are among the recommended policy changes the Governor’s Study Group on Criminal Justice Policy plans to consider to improve the state’s crowded and dangerous prison system.

The panel held its final meeting Tuesday and will make its recommendations ahead of Alabama’s legislative session, which begins Feb. 4.

Kelly Butler, director of Alabama’s Department of Finance, is a member of the study group and said discussions about funding in the 2021 General Fund budget are still ongoing.

“We’re hearing a lot of ideas,” Butler said. “I would predict that maybe some of those things might happen, but it’s too early to be sure.”

The group mostly agreed that pretrial diversion programs that allow offenders to get treatment instead of jail time and that more mental health services and in-prison education programs are areas that need improvement and better funding. But some warned that, while a good tool for avoiding incarceration, pretrial diversion can be a “pay-to-play” system that is unfair to those who can’t pay the fees.

Rep. Connie Rowe, R-Jasper, said she is in favor of pretrial diversion programs, but thinks those operating out of district attorneys’ offices should be fully funded by the state and not by those in the programs.

“I’ve seen time and time again where someone just gets caught and they cannot get out,” Rowe said. “It’s like having 15 credit cards and you’re just paying minimum payment due on everything just to keep your head above water.”

Another proposal that prompted considerable discussion was reclassifying certain violent offenses like drug trafficking and third-degree burglary, where no one is physically injured, as non-violent.

Katherine Robertson is chief counsel to Attorney General Steve Marshall and represents his office on the study group. She said Marshall is apprehensive about decriminalizing marijuana and reclassifying drug trafficking.

“(The) AG has some pretty serious concerns about removing drug trafficking from the violent offense definition,” Robertson said. “In our experience, drug trafficking is pretty inseparable from violent victimization.”

Separately, Marshall last week told lawmakers he is opposed to legislation to legalize medical marijuana in the state.

Former Alabama Supreme Court Justice Champ Lyons leads the study group and said it will send its policy recommendations to the governor before the legislative session begins.

The Alabamians for Fair Justice Coalition had a noticeable presence on Tuesday and staged a demonstration in front of the Alabama State House before the meeting. Some of its suggestions include reforming the habitual felony offender act, increasing paroles, reducing sentences for non-violent crimes and reforming substance abuse laws.

Sen. Cam Ward, R-Alabaster, said he would be interested in looking into reclassification of sentences, but public safety has to come first.

“We need to look at this and see if it’s just and equitable, but at the same time it’s a public safety issue,” Ward said.

Ward, who is running for the Alabama Supreme Court, announced Tuesday afternoon that he is sponsoring a proposed constitutional amendment that would deny bail to those accused of certain Class A felonies.

Alabama’s constitution currently states that any person can be considered for bail unless they are being accused of a capital offense.

He said the bill was in reaction to the slaying of college student Aniah Blanchard. Ibraheed Yazeed, who has been charged with capital murder in her death, was out on bail for kidnapping and attempted murder charges when she was killed.