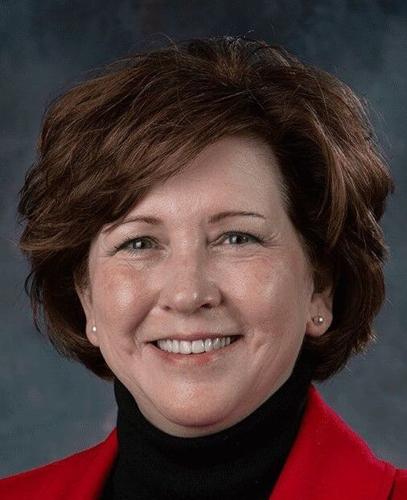 Next year’s state General Fund budget allocates a record $193.1 million to the Alabama Department of Mental Health, about $65 million more than in fiscal 2020 when lawmakers said the state had “failed” in recent years to address mental health care needs.

“I think we’ve finally figured out in our state that mental health is just as important as physical health,” Rep. Nathaniel Ledbetter, R-Rainsville, said earlier this month when discussing a pilot program to provide post-traumatic stress disorder treatment to veterans and first responders. “There is no difference.”

Next year’s $193.1 million compares to a pre-recession high of about $143 million, before the General Fund allocation was slashed nearly in half in 2010, changing the way the department provides services.

“There were draconian cuts across the board,” said House General Fund committee chairman Rep. Steve Clouse, R-Ozark. “We’re fortunate to be able to turn things around, but we had to go through some tough years.”

Alabama Department of Mental Health (ADMH) Commissioner Kim Boswell said the 2010 cuts and then level funding for several years made the agency examine what services it could provide.

Three mental health hospitals were closed and resources diverted to community mental health centers to serve individuals who had gone through a civil commitment proceeding.

Toward the end of the last decade, the department and lawmakers were hearing about people with mental illness ending up in county jails and hospital emergency departments because they had no way to get care, Boswell said.

“So many issues go back to mental health when you’re dealing with prisons,” Clouse said.

“… If we can get to people before they spin out of control and end up in prison, maybe that is really where we need to put our emphasis for preventative maintenance to help people with their issues, whether it’s substance abuse or they’re psychotic or bipolar.”

As the budget situation began to improve, ADMH began looking at ways to get care to people before they ended up in jail or the hospital and before they had their civil rights taken away, Boswell said.

Lawmakers have spent more on mental health recently as General Fund budgets as a whole have grown, from about $2.2 billion in 2020 to $2.7 billion in fiscal year 2023.

More than half of ADMH’s annual funding is federal. The department gets some other state funding outside the Legislature and governor’s annual General Fund and education budget allocations. But federal funds are often earmarked for specific programs and can’t be used on capital projects. State funds are more flexible and can be spent at a faster pace.

• $36 million for six crisis centers that have been in development since 2020.

Announced in Ivey’s 2020 state of the state address, the new crisis centers around the state will provide 24/7 care for those experiencing acute mental health crises and are meant to ease the burden on local emergency rooms and jails. The centers won’t provide long-term care, but stabilize a person in crisis and recommend next steps for treatment.

That could mean a civil commitment or referrals to outpatient treatment, Boswell said.

Community mental health centers, most of which cover several counties, are quasi-governmental agencies. Boswell said they are to ADMH what local schools are to the State Department of Education.

“They are responsible for implementing our system of care,” Boswell said.

And right now, they have a worker shortage that Boswell says is its own crisis. Statewide, many industries and sectors are looking for employees right now.

“We went into this particular workforce shortage really pretty far behind,” Boswell said. “That’s where we really see we have some catching up to do, to get those wages where they need to be.”

Also, about 45% of the people ADMH serves have no ability to pay, Boswell said.

“The way we manage this uncompensated care is waiting lists and low wages,” she said.

In the state education budget, ADMH funding has increased by about $11 million since 2020.

New in 2023 state funding is $5 million for a collaboration between ADMH and the Alabama Department of Human Resources (DHR) for mobile crisis services for children and adolescents.

Boswell said one of her biggest concerns is how to provide services for children and teens, especially those whose lives were negatively impacted by the COVID-19 pandemic.

“The needs that we’re meeting each day for kids, it’s more than reading and writing and arithmetic,” Scott said.

A social worker at the school can connect families with mental health resources in the community, but guardians don’t or can’t always get students to that potential care. Scott said he’d like to see a day when clinical counseling is offered at schools.

“If we as a state would start providing that mental health care on campus, (there’s going to be more) follow through,” he said.

One of the mental health funding increases this fiscal year is $200,000 for a pilot program offering post-traumatic stress disorder (PTSD) treatment to veterans. In the most recent legislative session, lawmakers expanded the treatment to include a nerve block injection to first responders around the state.

The pilot program is operated by Wellstone Behavioral Health in Cullman. Sen. Garlan Gudger, R-Cullman, advocated for it. For more information on the program, call (256) 255-1020.

Should high-capacity magazines be banned for semi-automatic guns?