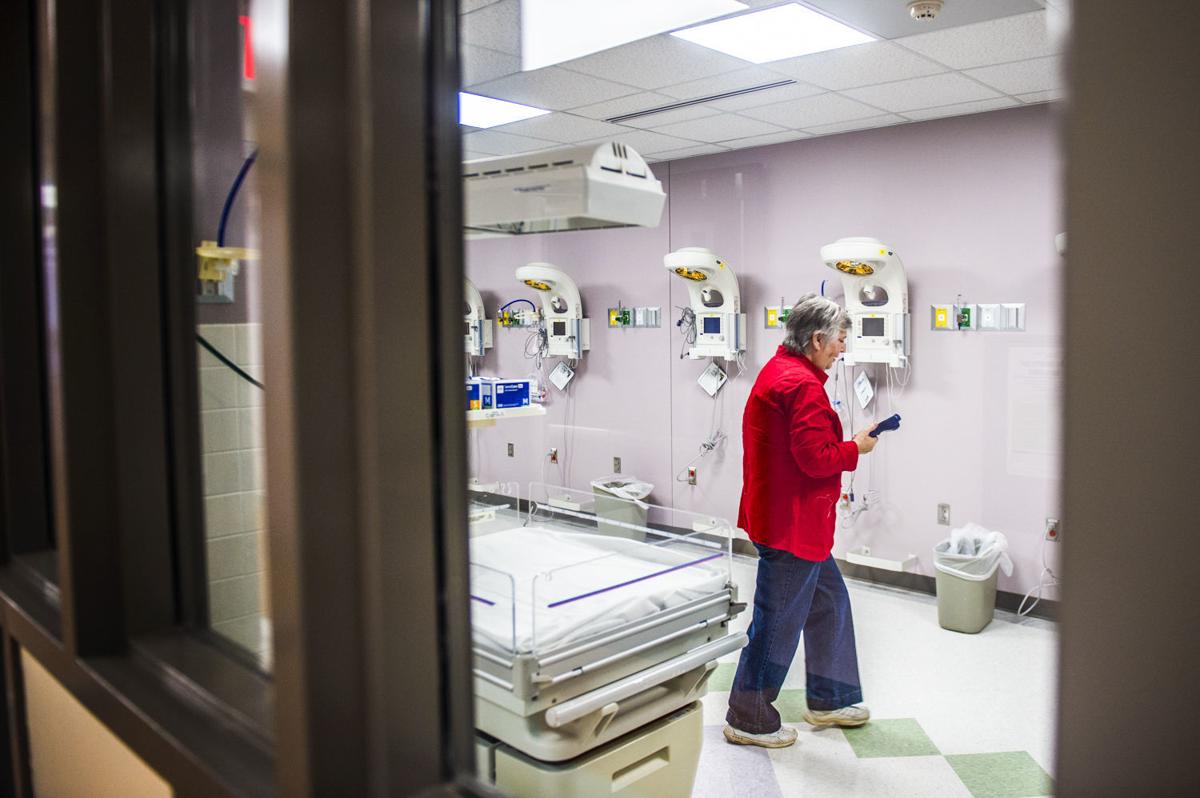 Nurses work inside the nursery of the OB-GYN facility at Decatur Morgan Hospital. Renovations on the area were finished last year. [DAN BUSEY/DECATUR DAILY] 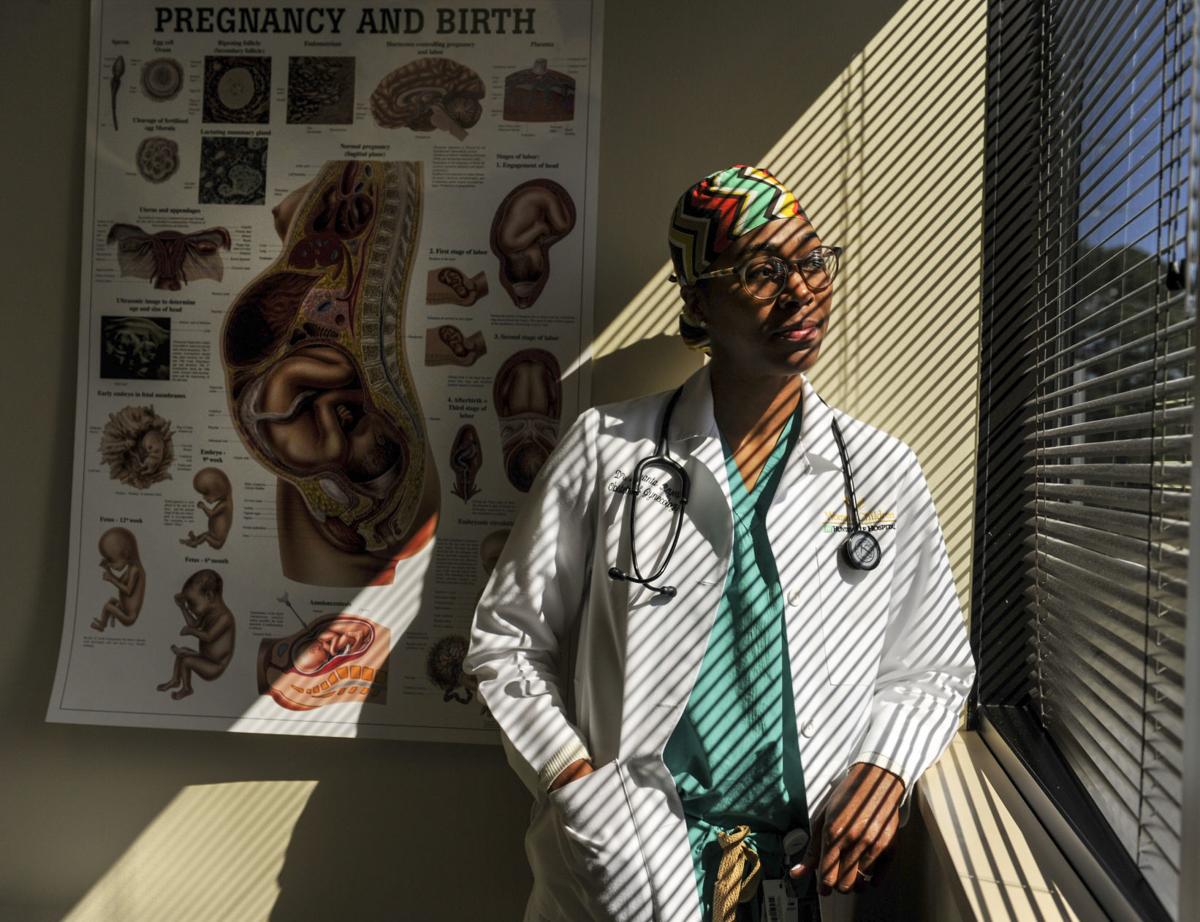 Dr. Mishanta Reyes is one of a team of doctors at Decatur Morgan Hospital's department of Obstetrics and Gynecology. [JERONIMO NISA/DECATUR DAILY] 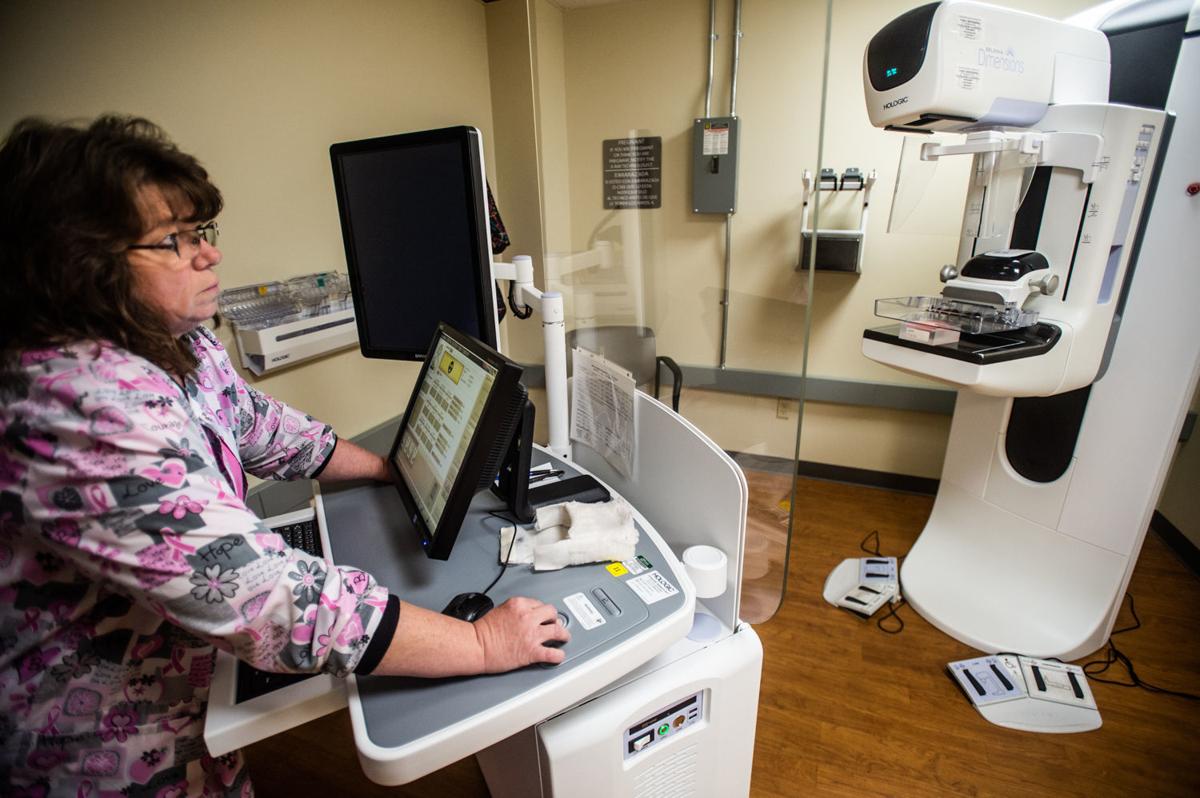 Nurses work inside the nursery of the OB-GYN facility at Decatur Morgan Hospital. Renovations on the area were finished last year. [DAN BUSEY/DECATUR DAILY]

Dr. Mishanta Reyes is one of a team of doctors at Decatur Morgan Hospital's department of Obstetrics and Gynecology. [JERONIMO NISA/DECATUR DAILY]

Residents of Limestone, Lawrence and Morgan counties have the best of all worlds when it comes to hospital care.

They enjoy the convenience and quick access to care provided by hospitals in Athens, Moulton and Decatur, but they also have the reassurance that additional resources and expertise are available through those hospitals' affiliation with Huntsville Hospital Health System, the second-largest in Alabama.

“I have friends in other places who have had to wait weeks to be seen by doctors,” Morgan County resident J.R. Webb said. “I’ve never had that problem here. When it’s really mattered, our medical questions have been addressed quickly and efficiently and affordably. You can’t ask for much more.”

Webb, who has used doctors and dentists in Decatur and Morgan County for the past 30 years, says the quality and affordability of local health care has made life better for him and his wife, Denise.

“By no means are we rich, but we’ve been able to handle the health problems we’ve faced without going broke and that’s a testament to the system here,” Webb said. “Dr. (Scott) Matthews and his staff and the staff at Clearview (Cancer Institute) have always made sure our family was taken care of. I think things have also been better since the two hospitals came together.”

Economically, the hospital employs approximately 1,300 doctors, nurses, technicians and staff. It is one of the largest employers in Morgan County.

Outside of the hospital system, Decatur is equipped with practitioners of nearly every medical field, dentists who provide affordable, quality care and urgent care clinics that provide walk-in services for those who may not have regular or family doctors.

“One thing that makes this area so attractive is the availability of health services,” said Adam Hallmark, a Huntsville native who recently moved his family to Decatur. “The pediatric care is very good, and we’ve always been able to get into a walk-in clinic during weekends or after regular office hours. Those things are important for families like ours. When issues pop up, we like knowing we can have them taken care of.”

Decatur Morgan Hospital has benefited from a recent $50 million investment the Huntsville Hospital system has made in its facilities.

One project included moving all of its OB-GYN services in Decatur to the Somerville Road campus. That effort was completed late last year.

“Everything for women’s health care is in one location,” said Marie Burgess, director of labor and delivery, who worked at the Decatur Morgan and Parkway campuses.

She said the renovated area has the newest equipment available, including a panda warmer system — used to monitor vitals and regulate the temperature of infants immediately after birth — and technology that allows doctors to monitor patients from their office or from home.

In addition to a modern nursery, the area has 11 labor and delivery rooms that are equipped with advanced technology and 49 employees to assure that every mother gets one-to-one care.

Two floors that were renovated as part of the Huntsville Hospital investment provide obstetrics and gynecological services, and a third floor is where patients come for appointments with a team of OB-GYN physicians that work for the hospital.

Another transformation funded by the Huntsville Hospital investment involves renovations to the emergency room at Decatur Morgan Hospital.

The project doubled emergency room space, increased the number of rooms in the emergency department from 22 to 35 and added a centralized nursing station that allows emergency officials to more closely monitor and respond to patients.

“This is like a mini hospital within a hospital,” said Carrie Wynn, director of emergency services.

Some of the changes Decatur Morgan made in the emergency department came after a series of meetings with patients, hospital board members and staff, local elected officials and community representatives, Richardson said.

“They said we needed a more effective emergency cycle at Decatur Morgan and we listened,” he said.

The foundation, Junior League of Morgan County and Power of Pink Walk that honors Decatur teacher Lee Lott raised money to purchase the 3D mammography machine and pay for renovations in the Breast Health Center.

“This is the best you can get,” he said.

According to the Mayo Clinic, a 3D mammogram is an imaging test that combines multiple breast X-rays to create a three-dimensional picture of the breast and can be used to investigate the cause of breast problems, such as a breast mass or breast pain.

Lovelace said the cost of the machine was about $350,000 and additional money was used for renovations and to move ultrasound and stereotactic biopsy services to the same area in the hospital.

A stereotactic breast biopsy is a procedure that uses mammography to precisely identify and biopsy an abnormality within the breast, she said.

“We’ve had all of these services, but they were in different areas of the hospital,” Lovelace said. “Now, instead of having patients go to the surgeons, the surgeons come to where the patients are.”

We're always looking for story ideas, and many of our best ones come from readers. The strongest tips include documentation or inside knowledge, but we welcome any ideas that would be of interest to readers in Morgan, Lawrence and Limestone counties.

Even if you need to remain anonymous, we encourage you to include a phone number in the email or voicemail so we can contact you for additional background information.

Send your tip to tips@decaturdaily.com, leave us a message at 256-340-2486 or click the button below to submit your information through our online form.