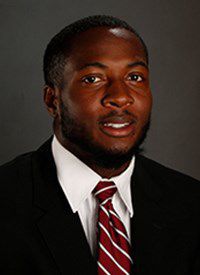 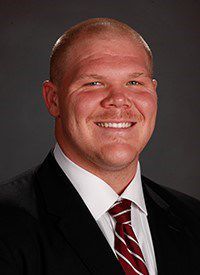 Fresh off a workout March 13, Jared Mayden sat at a table inside the Mal Moore Athletic building filling out paperwork for what he anticipated would be one of the biggest days of his life — Alabama’s annual Pro Day, originally scheduled for this past Tuesday.

Outside, things were changing rapidly as college and professional sports reacted to the ongoing coronavirus pandemic by halting all operations for the foreseeable future.

The same day, the NFL issued a memo prohibiting team personnel from traveling or performing any in-personal draft evaluations with prospects like Mayden.

It wasn’t long after the NFL’s announcement that an Alabama support staffer notified Mayden and the dozen or so other Crimson Tide prospects that the team’s Pro Day was canceled this year.

“I was devastated. I’m not going to lie, because the Pro Day was going to be a good opportunity to show (NFL teams) my skill set,” Mayden said Friday while driving home to Texas.

For Mayden, who wasn’t among the 10 Alabama players invited to February’s NFL Combine in Indianapolis, it was also his chance to show NFL scouts his sub-4.5 second speed in the 40-yard dash.

“That’s something that, especially with the safety class this year, there aren’t that many versatile safeties … (especially those) that can run a 4.3 and show they have the speed to play corner (as well), and I have that speed,” Mayden said. “That was something I was looking forward to (showing), and now I don’t even get a chance to go out there and get it, or even go out there and fail. It’s kind of like (that opportunity has) just been taken away, like you’ll never know.”

With the draft still tentatively scheduled for April 23-25, Mayden’s circumstance has become to norm for NFL prospects who have seen their pre-draft process go awry.

With many businesses — including gyms and training facilities — temporarily closed, draft hopefuls like Mayden must determine how to impress NFL teams that can no longer evaluate them in person.

“It’s just a lost opportunity,” Mayden said. “It’s like you train for months for this one day.”

Alabama defensive back Xavier McKinney also was eager to show out at Pro Day after cramps limited him at the NFL Combine, where he ran a less-than-desirable 4.63-second time in the 40-yard dash and didn’t perform any on-field position work for scouts.

During this time, NFL teams have maintained remote contact with most of the prominent draft hopefuls, occasionally checking in and performing interviews that would normally be taking place at their facilities. Mayden said he’s spoken with representatives of the New England Patriots, Philadelphia Eagles and New York Giants, among others.

Part of that adaption has come in figuring out different ways to catch the attention of NFL scouts.

For fringe Day 3 draft prospects such as Alabama offensive lineman Matt Womack, whose injury-plagued collegiate career didn’t turn out how he envisioned, that means a little self-promotion.

Along with a handful of other NFL hopefuls who trained at Total Athletic Performance in South Florida, the 6-foot-7 and 326-pound Womack participated in his own personal “Pro Day” last Friday. A film crew recorded the event, and Womack said he anticipates the facility sending out copies of his performance to all 32 NFL teams next week.

“We tried to treat it as professional as possible,” said Womack, who started 15 games during his five-year career in Tuscaloosa.

“It was kind of a bummer that I didn’t get to go out at Alabama and do it in front of all the (NFL) scouts,” Womack said, “but after my bench press, I don’t think I’ve ever had so much adrenaline flowing through my body in my life. I was completely pumped up, I was feeling myself, I was happy. It felt really good to finally get to perform and do something with the past three months of training that I’ve done.”

Mayden and Womack said they plan to work out alone — or with the help a couple of close friends/trainers — at high school football fields near their hometowns in the month leading up to the draft.

Mayden and Womack are doing their best to maintain a positive outlook ahead of the draft no matter how it turns out.