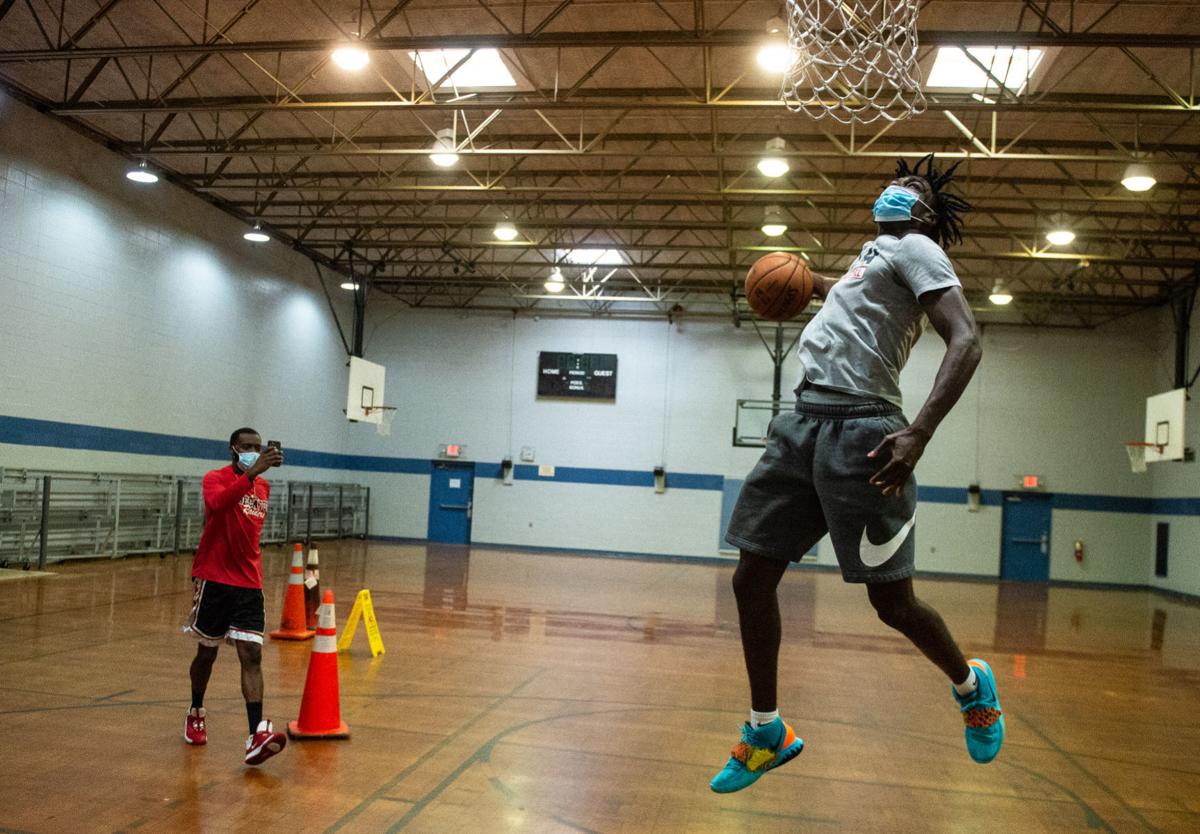 Rico Pickett II, left, films on his phone as Kira Lewis works on his windmill dunk Monday at Carrie Matthews Recreation Center. Lewis is trying to keep his game sharp as he awaits the Oct. 15 NBA draft.[DAN BUSEY/DECATUR DAILY] 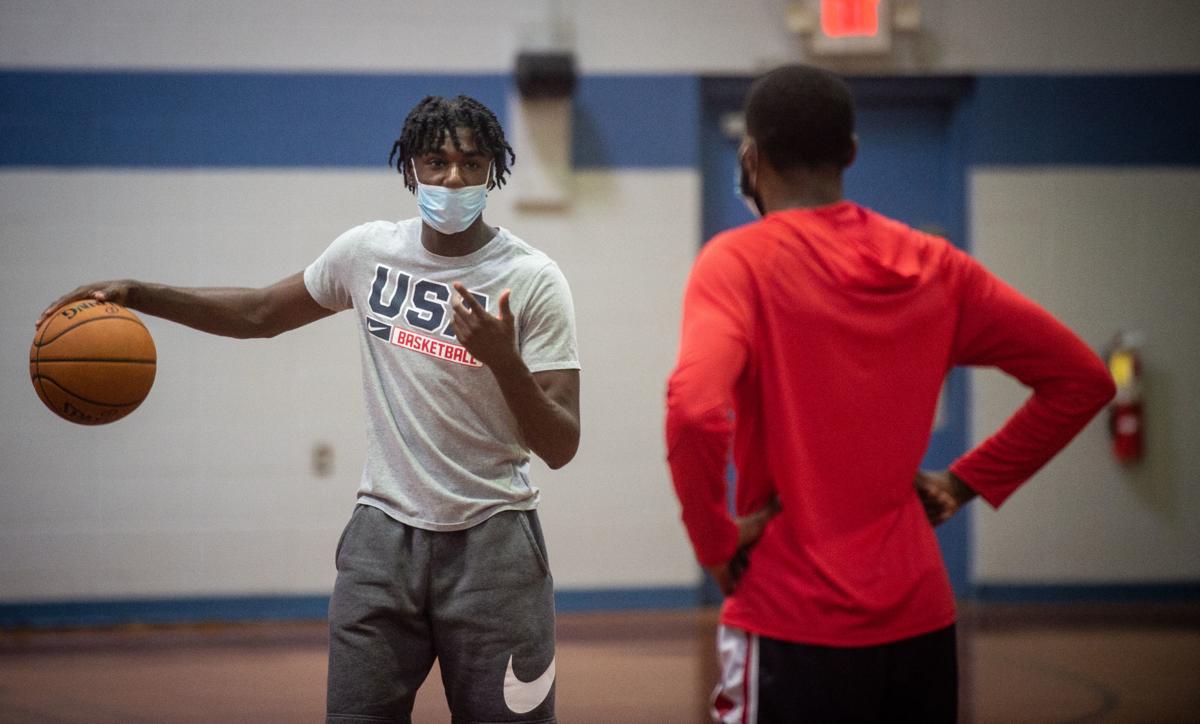 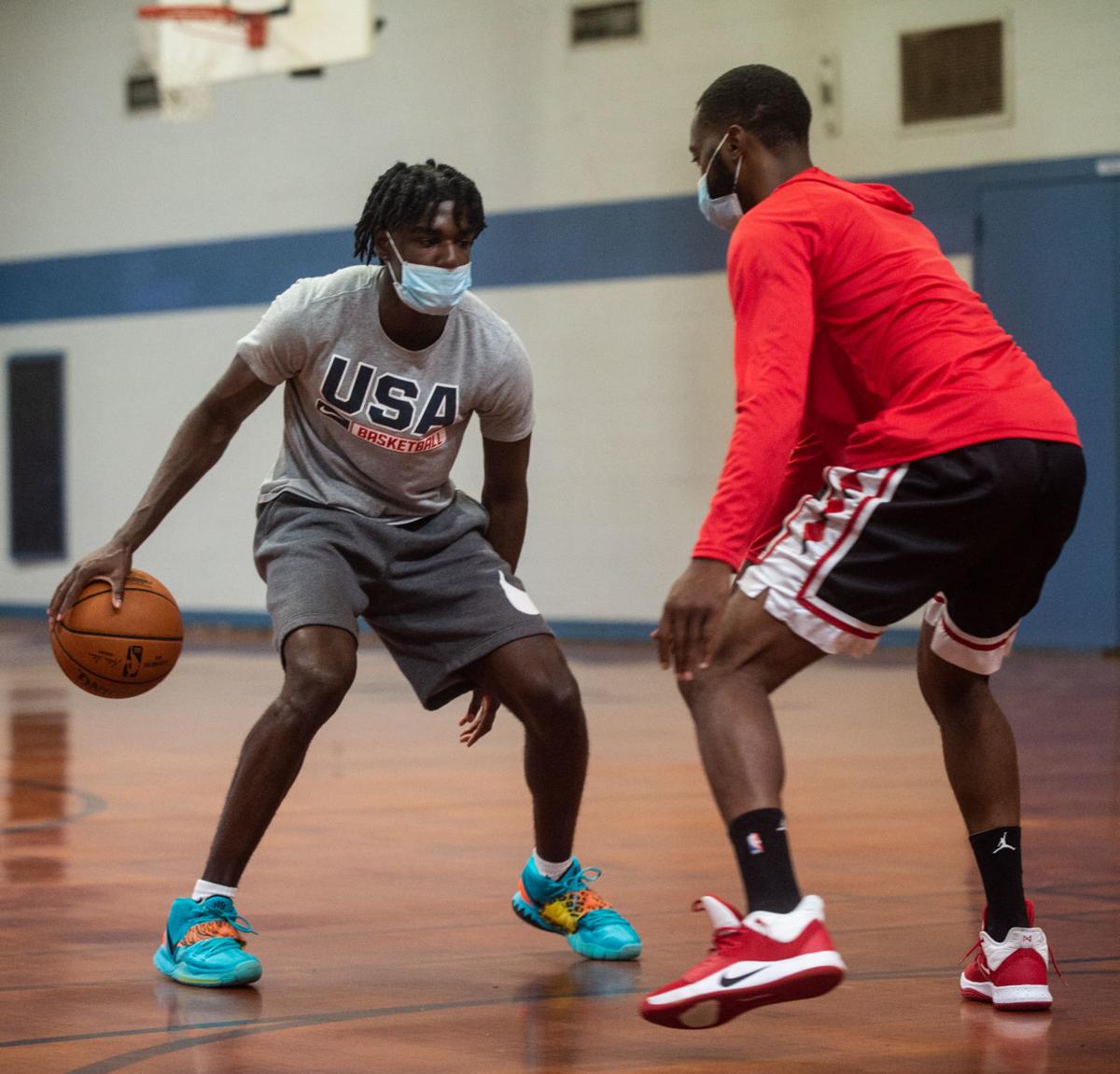 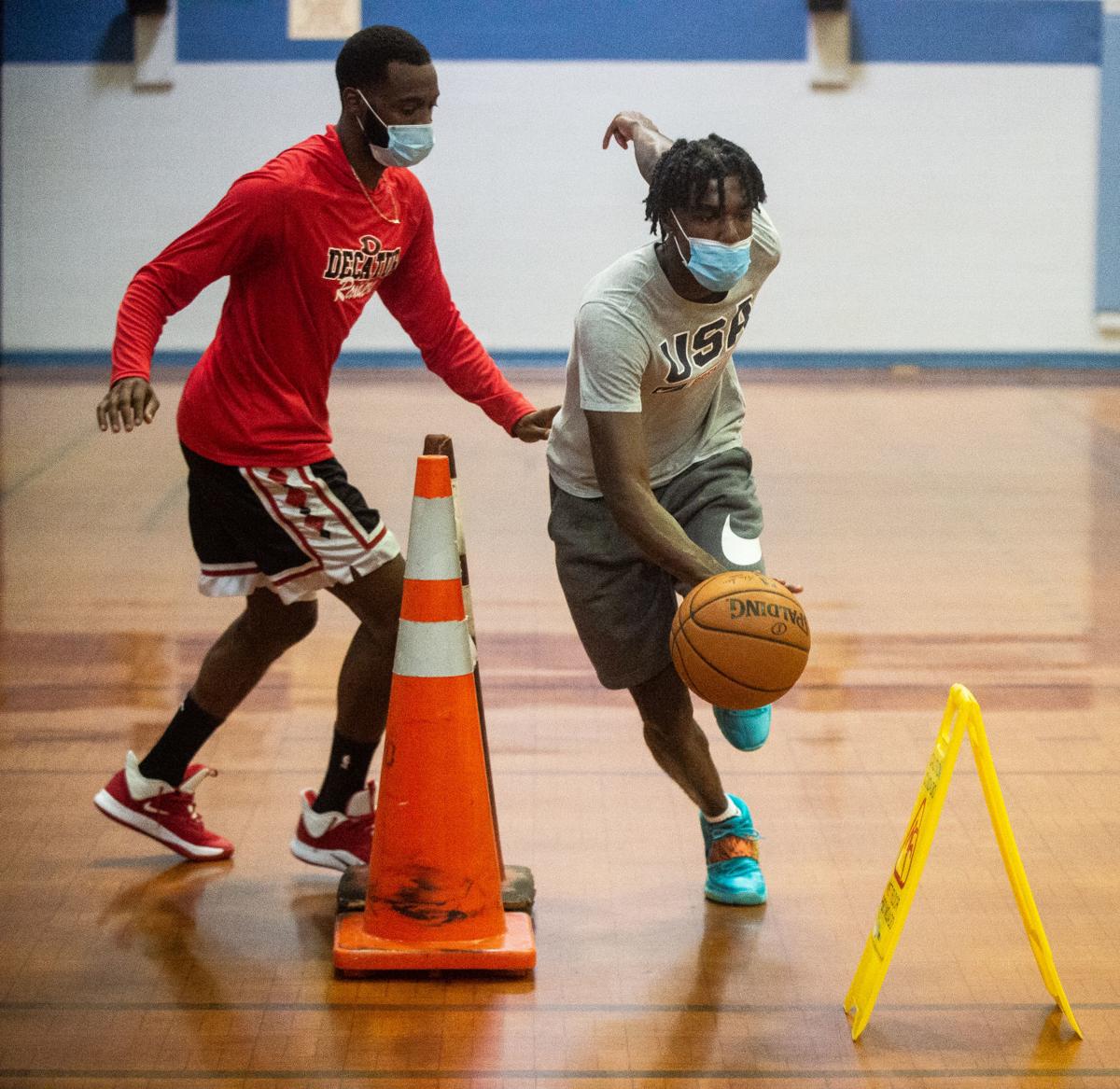 Rico Pickett II, left, films on his phone as Kira Lewis works on his windmill dunk Monday at Carrie Matthews Recreation Center. Lewis is trying to keep his game sharp as he awaits the Oct. 15 NBA draft.[DAN BUSEY/DECATUR DAILY]

After six years of playing pro basketball overseas, Decatur’s Rico Pickett II is now trying to give back to the game.

Monday morning the former Decatur Red Raider spent time at the Carrie Matthews Recreation Center working with some young players, who perhaps dream about one day playing in the NBA.

In the afternoon, Pickett worked with a young man whose NBA dream should soon become a reality. Former Alabama player Kira Lewis is visiting Carrie Matthews for workouts aimed at keeping his game sharp as he awaits the NBA draft on Oct. 15.

“Our families have known each other for a long time,” Pickett said. “Kira doesn’t have any place to play this summer so I told him to come over here.”

The COVID-19 pandemic has impacted basketball at Carrie Matthews. But for the pandemic, Pickett and his father, Rico Sr., would be working with many of the 230 players served by the Decatur Youth Services leagues. Instead, the younger Pickett can work only with a select few each day.

Lewis would be playing in a prospect league somewhere under the watchful eyes of NBA scouts and coaches.

“I told Rico I wanted him to teach me everything he can about pro basketball on the court and off the court,” Lewis said. “I want to know what to do and what not to do.”

Pickett and Lewis have similar backgrounds. After being the Class 5A Player of the Year in 2007, Pickett went to Alabama. He left after one year to play at a junior college in Florida before finishing his college career at Manhattan College.

Lewis was a three-time All-State player at Hazel Green. He reclassified and headed to Alabama after his junior year in 2018. He played one year for head coach Avery Johnson and one year for head coach Nat Oats. The first-team All-SEC selection averaged 18.5 points a game last season as an 18-year-old. The youngest player in the SEC didn’t turn 19 until this April.

“He’s a big point guard who is ready for the NBA,” Pickett said. “He's a great shooter, super quick and has a high IQ for the game. The sky’s the limit.”

Search the internet and you will find plenty of information about the 6-foot-3 Lewis. Scouts like his up-tempo style of play and the way he attacks the rim. They also like how he can pull up and drain a 3-point shot.

Lewis’ age is an intriguing factor. Just how good can he be after five years in the league at 24?

There are probably quite a few Austin fans who can remember Lewis dashing the Black Bears’ hopes in the Northwest Regional in 2018. He scored the last four points of the game to give Hazel Green a 44-41 victory.

Sitting on the bleachers at Carrie Matthews on Monday watching her son work out was his mother Natasha Lewis. She was Natasha Doss when she ran track at Hazlewood. Her relatives include the Goodes, Joneses and Langhams of Town Creek. That’s a bloodline of athletic success.

Soon after the NBA draft, Natasha plans to leave her job at Redstone Arsenal to follow her son to his new city.

“I’m going to be there for him so he can just worry about playing basketball,” Natasha said. “I’ll worry about everything else.”

Which city will be Lewis’ new home is anyone’s guess right now. He’s projected to be a first-round pick. Teams mentioned in connection with Lewis include Philadelphia, Milwaukee, New Orleans, Orlando, Brooklyn and Boston.

“I really don’t have a preference,” Lewis said. “I’m just looking forward to the opportunity.”

Which should become the 51st state of the United States?