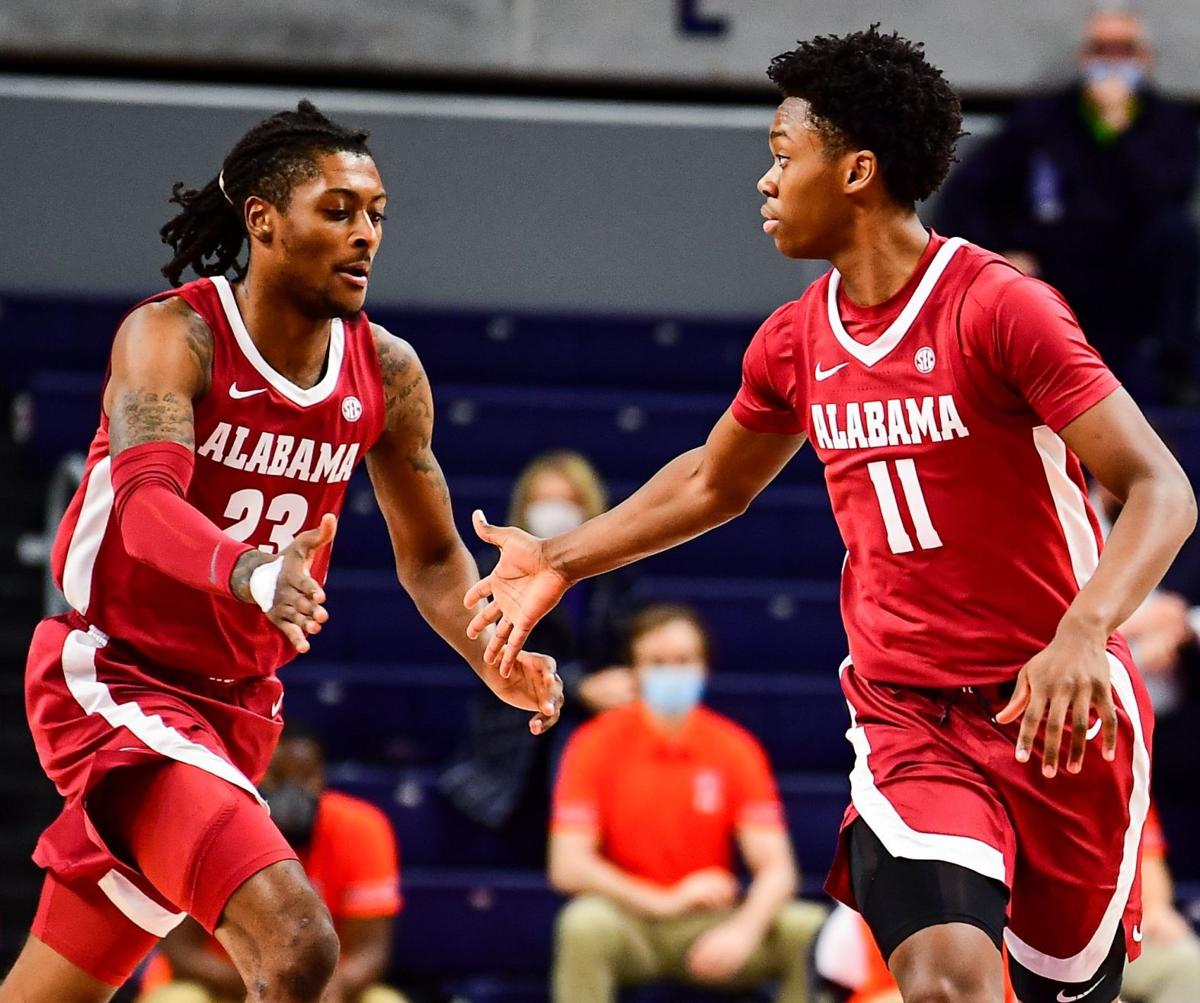 John Petty Jr. and Joshua Primo both scored in double figures for Alabama in Saturday's win at Auburn. Primo, a freshman, had a career-high 22 points. [SHANNA LOCKWOOD/AUBURN ATHLETICS] 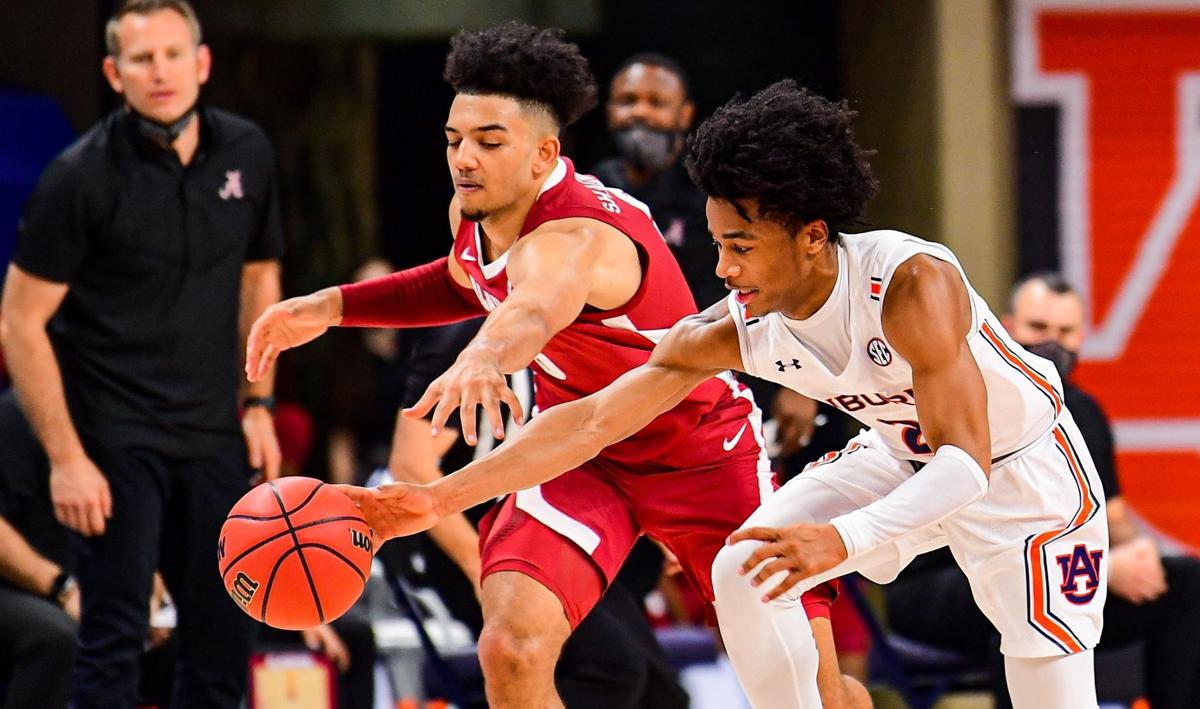 John Petty Jr. and Joshua Primo both scored in double figures for Alabama in Saturday's win at Auburn. Primo, a freshman, had a career-high 22 points. [SHANNA LOCKWOOD/AUBURN ATHLETICS]

AUBURN — Two players in their first game at Auburn Arena, one from the home team, made a big impact in Alabama's 94-90 win over Auburn on Saturday.

Crimson Tide freshman Joshua Primo scored a career-high 22 points, while Auburn's Sharife Cooper — making his college debut after being cleared to play by the NCAA — had 26 points and nine assists.

"Getting Sharife eligible to play helped them out and makes them a completely different team," Alabama coach Nate Oats said. "I thought it showed a lot of character for our guys to come in here and have zero days of preparation on how to play him because we didn’t know he was officially playing until shortly before the game.

"Our guys were able to overcome that and pull together."

Auburn learned late Friday that Cooper, a five-star point guard from Georgia, would be allowed to play. Cooper didn't play for the first 11 games of the season while the NCAA reviewed his eligibility.

On Saturday, the Tigers (6-6, 0-4 SEC) put him in the starting lineup. He didn't score for the first 14 minutes, but he finished 8-of-19 from the field. He was only 1-of-7 from 3-point range and had five turnovers, with two of those misses and two miscues coming in the final two minutes.

"You could tell how hard Sharife has worked to stay right and stay ready and what a dynamic player he is," Auburn coach Bruce Pearl said. "We obviously have been working to try and build the program around him the last couple years knowing he would be coming in. It's great to have him back."

Primo, who was scoreless in Tuesday's home win over Florida, was 8-of-8 on free throws Saturday and led five Alabama players in double-figure scoring.

Graduate transfer Jordan Bruner finished with 20 points, Herbert Jones had 19, Jaden Shackelford 11 and John Petty Jr. 10 to help the Crimson Tide (9-3, 4-0) win at Auburn Arena for the first time since 2015. Alabama also recorded its 1,700th all-time win and is the third team in the SEC and 34th in NCAA history to reach that mark.

“I’m an old guy,” Bruner said. “I’ve played this game a long time. I’ve watched a lot of film, so I sort of know what to expect. They’re a team that likes to time you up and block shots, so I knew when to shoot and when to slow it down.”

Allen Flanigan scored 19 points, JT Thor a career-high 15 and Jamal Johnson and Devan Cambridge 10 each for the Tigers, who have lost four straight.

Flanigan was one off his career scoring high. He was second among the Tigers with eight rebounds and four assists.

"Allen Flanigan's a workhorse," Pearl said. "What a warrior. I think his father should be really proud of him. What effort. He played 35 minutes. He just played great."

Jones hit two free throws with 1:52 remaining to give the Tide a 91-90 lead. Bruner's layup with 1 minute to play made it a three-point game before Shackelford made a free throw at the 22-second mark.

After a Flanigan 3-pointer with 2:17 left, Auburn was 0-for-2 with three turnovers. All but one turnover was by Cooper.

"We had no film, no practice and they played completely differently with him in the lineup," Oats said. “Petty stepped up in the last timeout and said, ‘Put me on Cooper, I want the matchup,’ and he did a pretty good job.”

— Josh Vitale of the Montgomery Advertiser and Cecil Hurt of the Tuscaloosa News contributed to this report.