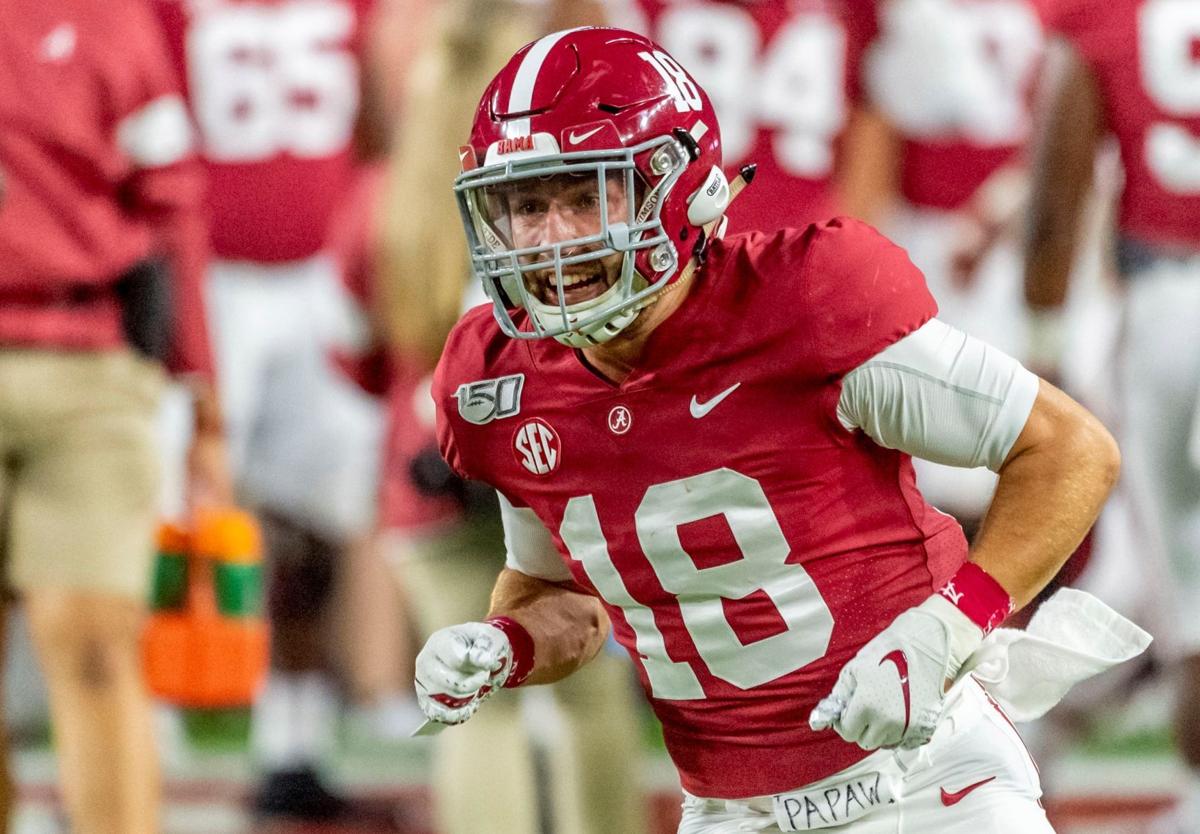 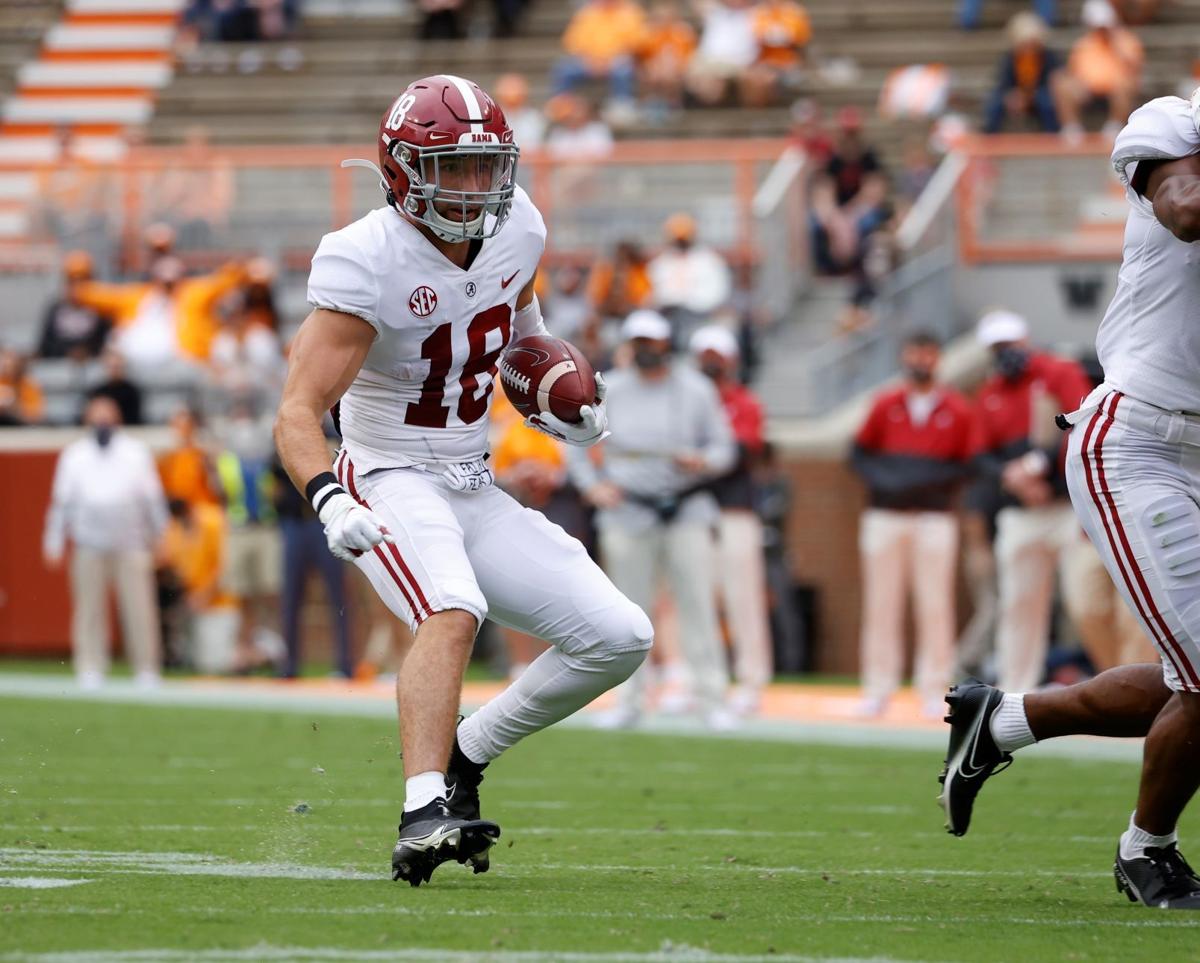 This year's A-Day game will be much different for Slade Bolden than his first.

With John Metchie III out with an injury, the redshirt junior is Alabama's leading wide receiver participating in spring practice.

"We lost a lot of safeties that year and I came in as an athlete, technically," the 5-foot-11, 191-pound receiver said. "So coach was like, 'We need a safety.' Me as a freshman I was willing to do whatever coach asked."

Bolden moved to offense that summer. Three years later, he heads into A-Day as the most experienced receiver outside of Metchie.

Bolden finished with 24 catches for 270 yards and a touchdown, playing in all 13 games last season. All 24 catches were after he stepped in following Jaylen Waddle's injury at Tennessee. Metchie had 55 receptions for 916 yards and six scores, though he apparently played much of the season with an injured ankle.

This spring, Metchie is out and Bolden is trying to be a leader.

"The biggest thing I've tried to help with (the younger players) is relating to them," he said. "I've been in their shoes and I know how it is. I try to tell them to not get frustrated and that they are going to make mistakes and mess up. The biggest thing is to continue to work."

Though his first A-Day game was on the other side of the ball, Bolden feels he can still help the younger receivers going through their first experience playing in front of fans in Bryant-Denny Stadium on Saturday. Kickoff is at noon.

Earlier in the spring, coach Nick Saban said the receiver group was in need of more speed. Bolden's response?

"We need to get faster, and I think every player needs to improve on not just speed, but strength," Bolden said. "At the end of the day, it's also mental. Learning the plays and concepts of the offense and defense. Every year you want to improve."