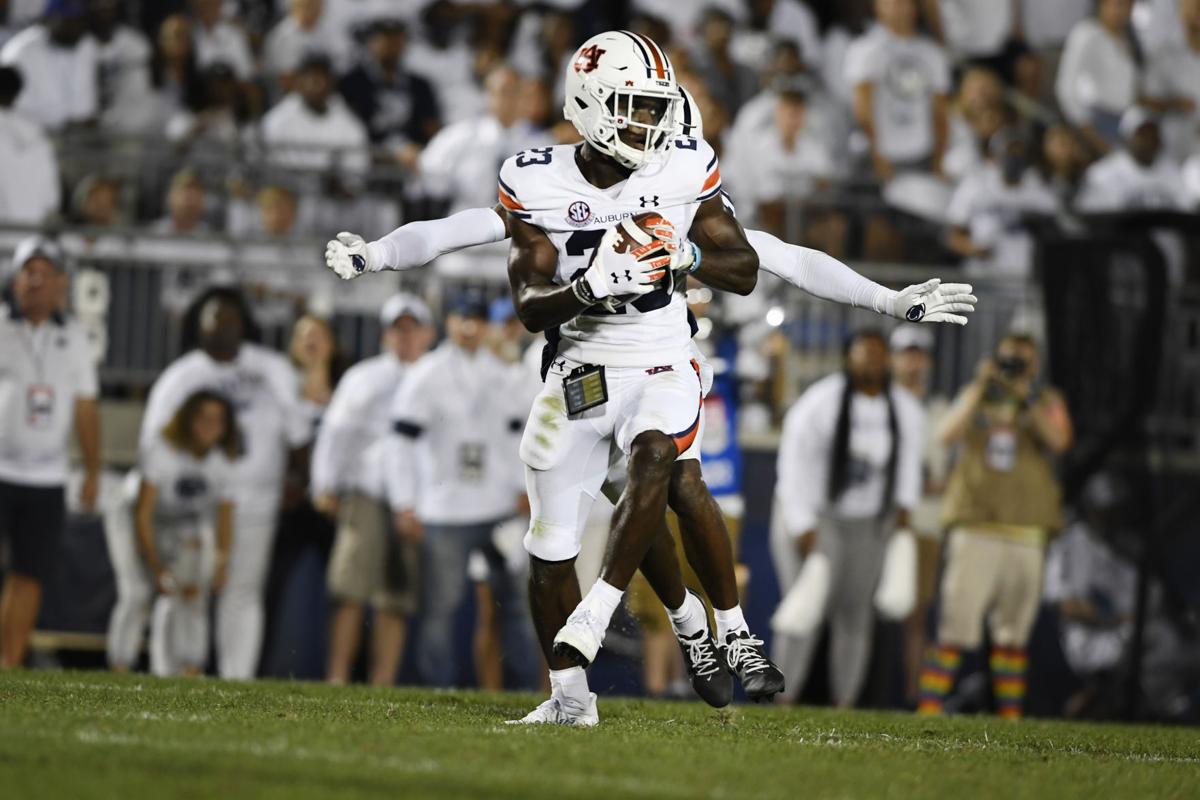 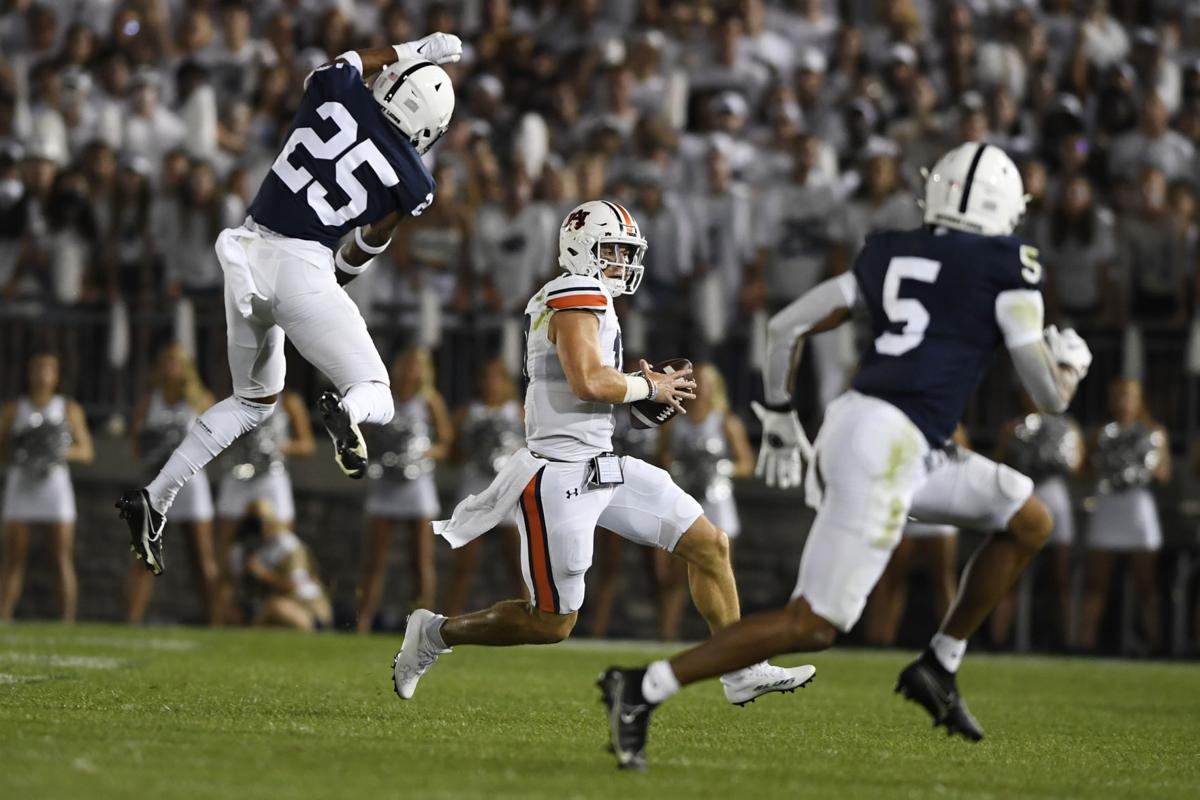 Auburn ventured into the heart of the Valley, in white-out conditions, looking to grab the attention of the college football world.

In a game that would show how far No. 22 Auburn has come in Bryan Harsin’s first season as coach, the Tigers proved they were new-and-improved, and good enough to go toe-to-toe on the road with a Top 10 foe.

No. 10 Penn State, perhaps a national title darkhorse, held off Auburn within the shadow of the end zone twice in the waning minutes, to preserve a 28-20 victory.

Before a packed house of 106,000-plus at Beaver Stadium, this game proved to be everything you’d expect in a primetime intersectional battle.

In a matchup of big-league defenses, Auburn struck first. After stopping Penn State on a fourth-down gamble on the initial possession, Auburn moved in position for an Anders Carlson field goal after an 18-yard Tank Bigsby run and a pass interference call got the Tigers within striking distance.

Penn State responded quickly and, with offensive opportunities limited, the teams traded punches for the rest of the half. Penn State took a 14-10 advantage into the locker room.

Then Auburn opened the second half with a Malzahnian play call — an attempted reverse pass that resulted in a fumble when Kobe Hunter decided to head upfield but laid the ball on the turf instead. Penn State took over at the Auburn 20 and needed but four plays to cash in, pushing the advantage to 21-10.

Auburn responded, of course, then Penn State proved equally charitable, gambling on fourth down at its own 43. Auburn snuffed the run and got a field goal to pull back within a point.

But Penn State quickly pushed the lead again, and the 28-20 margin held.

Auburn would come close twice more. But a fourth-and-goal at the 3 ended up with Nix’ pass into the end zone sailing out of reach with 3 minutes remaining. And after forcing a Penn State punt and driving to the 25-yard line, Nix’s final pass near the goal line was broken up as the clock expired.

Auburn found more balance against the Nittany Lions’ defense, but the production was well below the national-best 60 points and a zillion yards a game.

Never able to establish the run, Penn State relied on its defense and the veteran Clifford, who took what Auburn allowed and let his receivers and tight ends do the rest.

Auburn, unranked in the preseason polls, proved its better than its current ranking. Given the landscape of the SEC three weeks in, this is a team capable of playing spoiler in a stacked SEC West — at the very least.

Three weeks into the Harsin Era, Auburn is ahead of schedule.

Will rising gas prices keep you from taking automobile trips this fall?