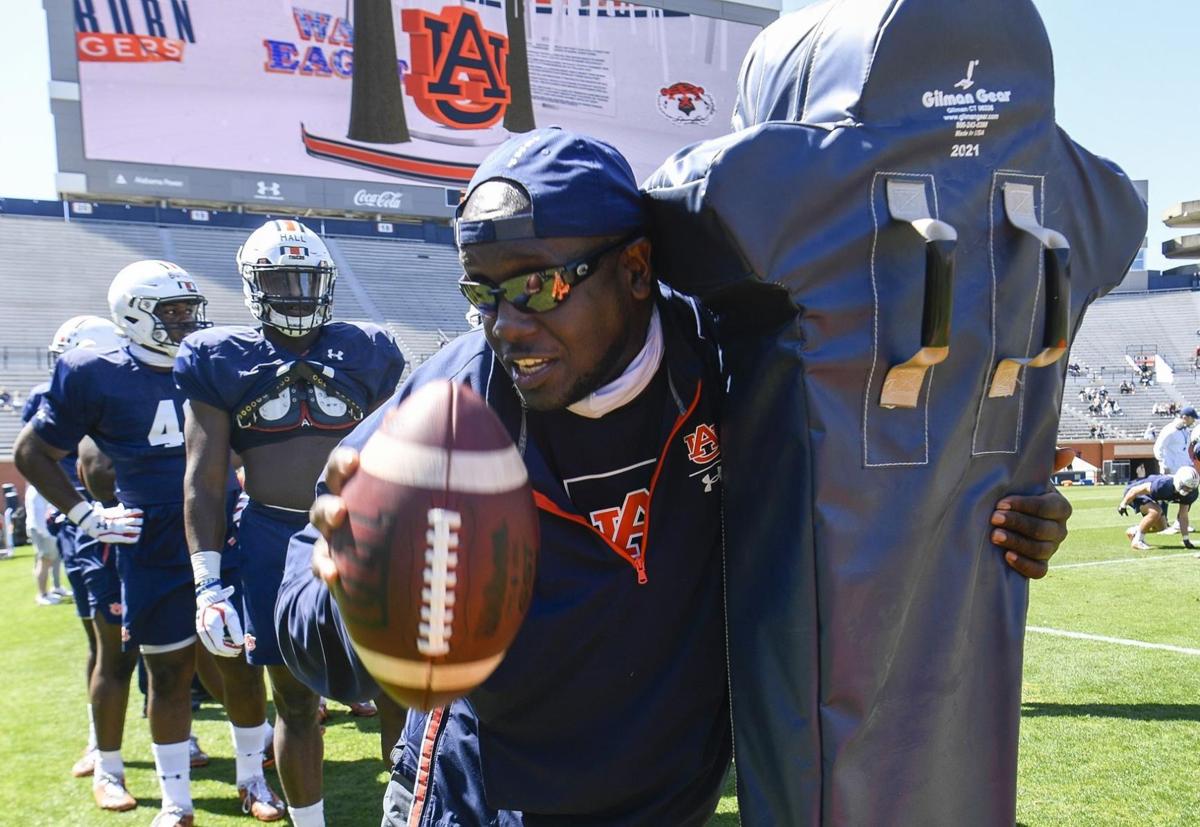 Auburn defensive line coach Nick Eason has spent 17 of the last 18 seasons as a player or coach in the NFL. [AUBURN ATHLETICS] 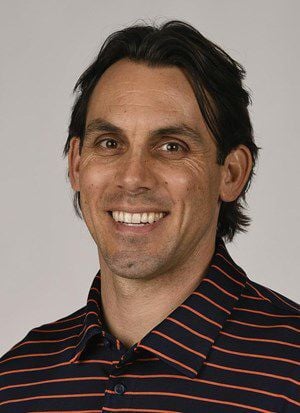 AUBURN — Nick Eason just assumed that he would be the coach with the most energy on the Auburn football defensive staff.

The defensive line coach is the type of guy who likes to sprint with his players on the practice field. He doesn’t often beat them, and, at 40 years old, he pays for it the next day. But that doesn’t stop him from arriving at the complex at 5 a.m. the next day to get in a workout.

“I'm just trying to get guys to be the best version of (themselves) and challenge themselves every day,” Eason said Wednesday. “Especially up front on the defensive line, you have to turn up and run to the ball. You've got to have a relentless pursuit. And so that's kind of my coaching style.”

He might have met his match in Bert Watts, though. Auburn’s outside linebackers coach and special teams coordinator usually gets to the gym before Eason does. When Eason takes off running down the field, Watts will eventually pass him.

So there's a little bit of competition. Sometimes literally: Their offices are right next to each other inside Auburn’s athletic complex. They’ll often go out into the hallway to test pass-rush moves on each other, which can devolve into a wrestling match.

“We kind of feed off each other,” Watts said.

The energy comes from a shared coaching philosophy. Watts said he learned from his position coach when he was a player at Cal that “players are going to be reflections of you.”

“If you want your players to bring it every day and be fired up, be excited and happy to be there and see practices as not just another practice but an opportunity to grow and get better every single day, you have to bring that as well,” Watts said. “You can’t just, you know, say it. You have to bring the actions behind your words. And honestly, it’s always made it more fun for me.”

Eason has seen results in just a short time at Auburn, too. He’s spent 17 of the past 18 years as a player or coach in the NFL, so he’s showing the college players he’s working with now what it’s like to be a pro.

“‘Coach, what were you looking for? Well, here's what I was looking for and the things I see from an NFL perspective,” Eason said. “I think guys have really listened to me and bought into that. I've seen changes in their attitudes and how they've approached their business.”

It is perhaps the perfect partnership. Eason and Watts coach different positions, but their jobs are closely intertwined.

“We’re popping in back and forth into each other’s offices and bouncing ideas off each other to try to find the best techniques we can use for these guys,” Watts said. “And our players, they’ve really done a great job of working back and forth between the two of us and it’s been pretty seamless there. We’re excited to have the opportunity to work together the rest of the way.”

Eason is going to have to work on his speed, though. He’s won a lot of the wrestling matches — most of Watts’ experience in that arena came battling his brother and sister growing up — but “I carry a little bit more love handle than he does.”

“I’m working getting to where he is so I can have more energy as well,” Eason said.