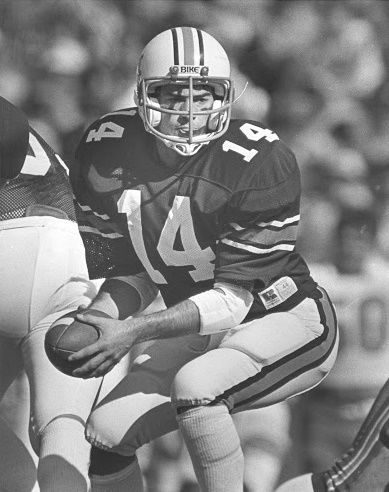 Randy Campbell was The Daily’s Player of the Year in 1978 before leading Auburn to the SEC championship in 1983. [COURTESY AUBURNTIGERS.COM] 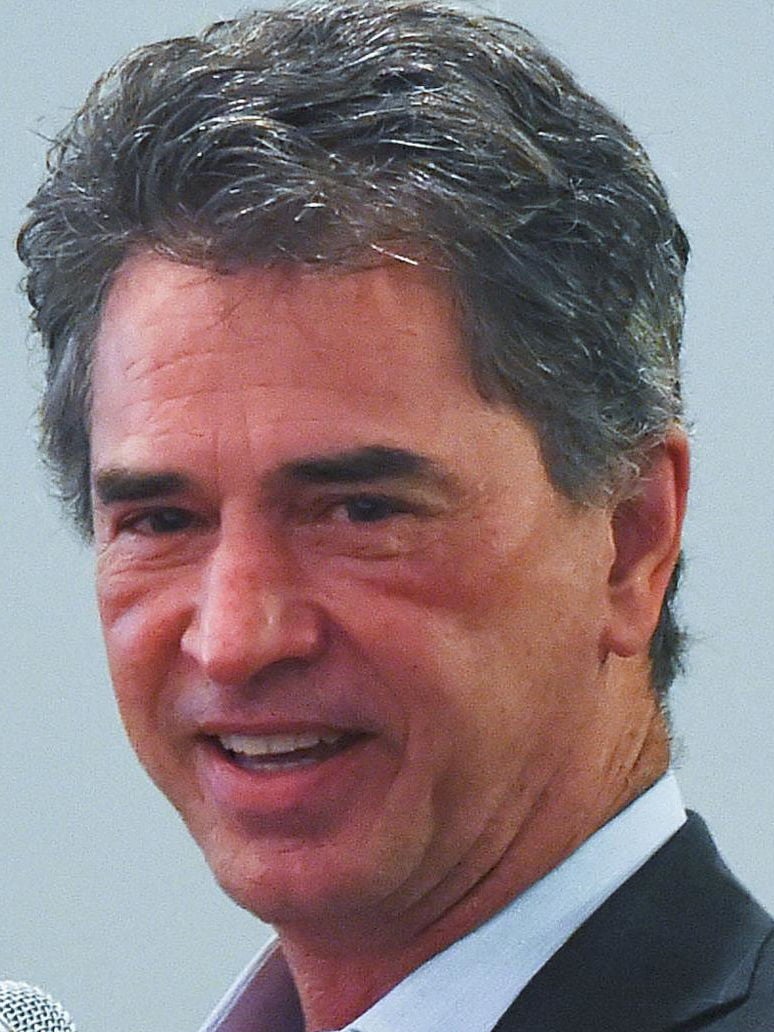 Randy Campbell admits he doesn’t get back to Hartselle as much as he would like. Most of the Birmingham-area resident’s visits to his hometown these days are to attend funerals.

It was at one of those funerals that Campbell got to talk with Bucky Pitts, his football coach at Hartselle.

“I told him that I didn’t know if I had ever thanked him for all he did to help prepare me for the future, but just in case I didn’t, I wanted to do it now,” Campbell said.

Campbell turns 60 in October. His senior season at Hartselle was 42 years ago in 1978. He was The Daily’s first big school player of the year.

The exploits of the Hartselle Tigers quarterback from that 9-2 season are still remembered today. He was the fan favorite in The Daily’s Class 5A-7A Player of the Year before 2000 contest.

“We had just three football coaches at Hartselle when I played,” Campbell said. “It was Coach Pitts, Johnny Chandler and Don Woods. They were hard-nosed and expected a lot.

“When I left Hartselle for Auburn, they had me prepared mentally, physically, emotionally and spiritually for everything I was going to face. If they had not done that, I don’t know what would have happened to me.”

Early on, the Hartselle coaches knew they had something special in Campbell. As a freshman, he got a few snaps with the varsity late in the season. Late in his sophomore season, he was the starting quarterback.

“I was reckless,” Campbell said. “I felt like I could make whatever play I needed to make, and I let it all hang out.”

After winning five games in 1977, Hartselle opened the 1978 season with four wins before losing at home to Athens, 13-9. The Tigers bounced back with five more wins to close out the regular season at 9-1.

The first round opponent for Hartselle was rival Cullman. The Tigers beat the Bearcats at home 19-14 in the sixth game of the season. Cullman got revenge in the playoff rematch with a 22-14 win at Hartselle.

“We got behind early and just never could catch up,” Campbell said. “It was a tough loss.”

Campbell closed out his Hartselle career with a 17-8 record as the starting quarterback. He passed for 19 touchdowns and ran for 13 more.

Then it was on to Auburn.

“Because everyone I knew of from Hartselle who went on to play in college had been successful, I expected to be successful at Auburn,” Campbell said.

Campbell was successful at Auburn, but it wasn’t easy. The first day of practice at Auburn found him 11th on the quarterback depth chart.

“The next day they moved two of the quarterbacks to defensive back, and I moved up to ninth,” Campbell said. “I ended up being redshirted my first year.”

Campbell moved up the depth chart to second string right before the 1980 season, but a thigh injury sidelined him for six games. When Campbell was healthy again, he was sixth on the depth chart.

Auburn replaced Doug Barfield as head coach after the 1980 season with Pat Dye. It was like starting over for Campbell. He was on the scout team before an assistant coach got him moved to receiver.

“I told them I would do anything to get to play, even at receiver,” Campbell said.

It was a different story in 1982. Jack Crowe became the offensive coordinator that spring. He needed a quarterback running the Auburn wishbone offense who could be a field general.

“Crowe wanted someone who could read defenses and not make mistakes that would get us beat,” Campbell said. “He wanted a quarterback who could get the ball to Lionel James, Tommie Agee, Bo Jackson and Chris Woods and let them make the plays. That fit my personality and skill level.”

Auburn went 9-3 in 1982. The losses were to No. 8 Nebraska, No. 1 Georgia and at Florida. The biggest win was the one over Alabama to break a nin-year losing streak to the Crimson Tide.

The win over Alabama is famous for Bo going over the top for the game-winning touchdown late in the fourth quarter. Artwork of that play is still prominently displayed by many of the Auburn faithful.

“Most people don’t remember the play before Bo scored,” Campbell said. “I completed a quick pass to him and he got stopped at the 1.”

Two Alabama defenders and Jackson met in a violent collision. All three players were slow to get up. Alabama’s Tommy Wilcox had to leave the game.

“Every time I see Bo, I remind about that 1 yard,” Campbell said. “If he had scored on that play, it would have been Campbell to Jackson instead of Bo over the top.”

Miami ended up the national champion after upsetting No. 1 Nebraska in the Orange Bowl. Auburn was No. 3 behind Nebraska.

Campbell was elected by his teammates as team captain. The Birmingham Quarterback Club named him SEC Back of the Year for 1983.

It was the end of an amazing career for the Auburn field general. He finished with a 20-4 record as starting quarterback. Auburn led the nation with the fewest turnovers in 1982 and was second in 1983.

To show how different the game was in that era, Campbell finished with just 12 career touchdown passes. He averaged just 1.67 interceptions for 100 passes. That was an NCAA record.

“Because Coach Dye stayed around Auburn after he stopped being head coach, a lot of us former players had got close to him over the years,” Campbell said. “Our 1983 team had a reunion at his farm last year on June 1. Now this year on June 1 he passed away. It’s hard to believe he’s gone.”

Today, Campbell is president and chief executive of Campbell Wealth Management. He and his wife Nancy have worked closely with Auburn in the Charitable Planned Giving program that has helped raise millions to benefit his alma mater.