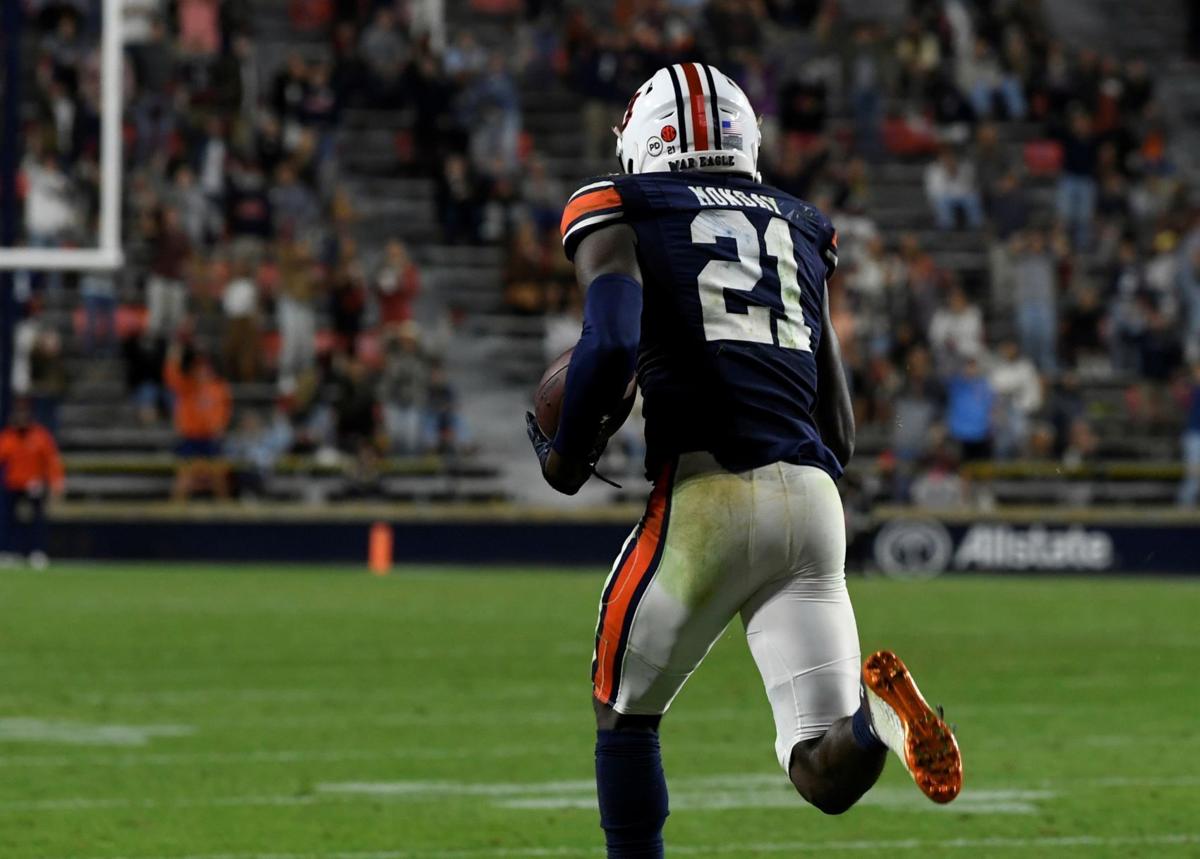 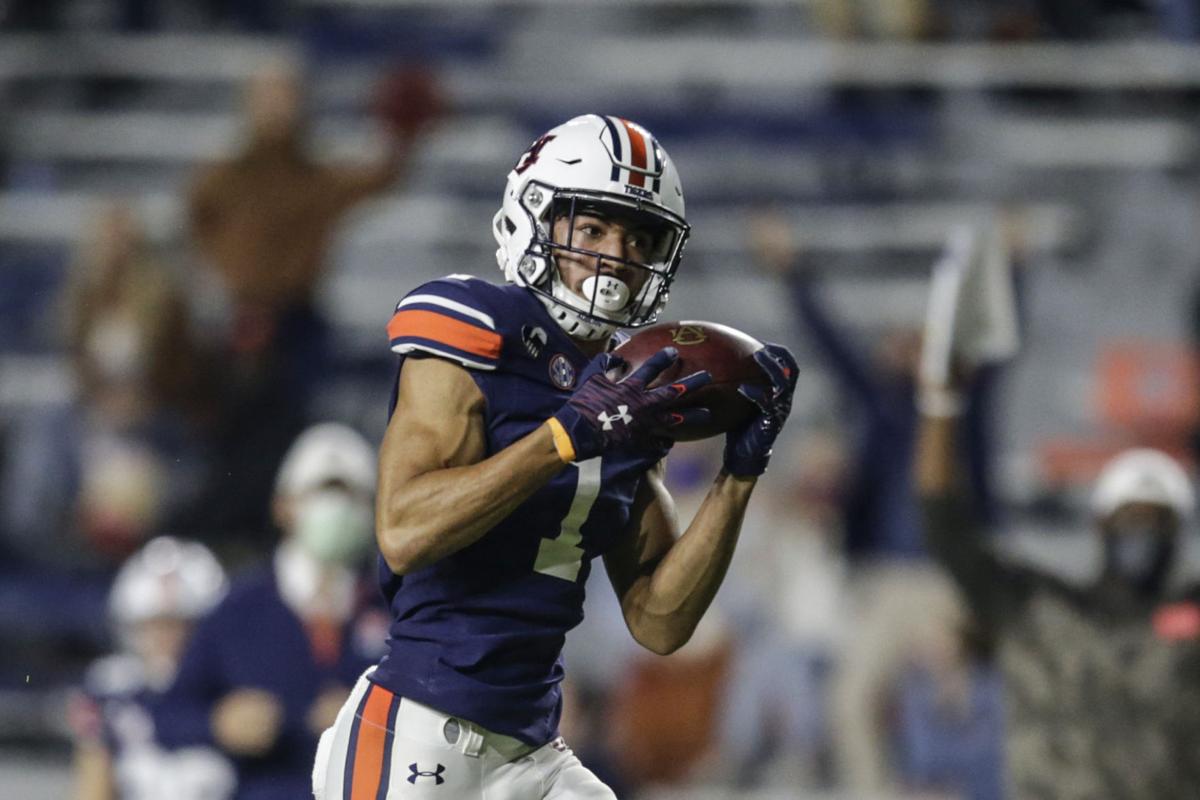 AUBURN — Smoke Monday returned an interception 100 yards for a touchdown and No. 23 Auburn overcame a slow start to beat Tennessee 30-17 on Saturday night.

Auburn (5-2) fell behind 10-0 to Tennessee (2-5) and dealt with injuries to star running back Tank Bigsby and its two starting offensive tackles. The Tigers were playing their first game in 21 days after a scheduled off week and the postponement of a game at Mississippi State.

Bo Nix completed 17 of 26 passes for 220 yards, with a 54-yard touchdown to Anthony Schwartz and his first career interception in a home game. Tennessee's Jarrett Guarantano started strong, but finished with only 156 yards of passing and the interception return for a touchdown that gave Auburn a two-score lead late in the third quarter.

Tennessee had its best offensive outing in weeks, yet struggled after halftime. The Volunteers have been outscored 108-14 in the second half during their five-game losing streak.

Guarantano scored on a 9-yard run in the first quarter to give Tennessee a 7-0 lead. The Vols led 10-0 early in the second quarter following Brent Cimaglia's 47-yard field goal.

But Auburn reeled off the next 27 points.;

Nix connected with Anthony Schwartz on a 54-yard touchdown pass soon after Cimaglia's kick. Anderson kicked a 25-yard field goal with 5:36 left in the first half and a 27-yarder 7:35 into the third to give Auburn a 13-10 lead.

Gray opened Tennessee's next drive with five straight rushes for a combined 49 yards, giving the Vols first down at the Auburn 26.

Tennessee reached the Auburn 12 and faced second-and-7 when Guarantano threw across the middle.

Monday caught the pass in the end zone and ran the length of the field. Monday is familiar with such runs. He also had a 100-yard interception return in last year's 48-45 victory over Alabama, the team that Auburn faces next week. The Tigers face the top-ranked Crimson Tide at 2:30 p.m. Saturday at Bryant-Denny Stadium in Tuscaloosa.

The Volunteers found some life against Auburn’s defense, with Eric Gray rushing for 173 yards and a late touchdown. But the second-half slumps continue to haunt a struggling Tennessee team that still has to play a pair of Top 10 opponents in Florida and Texas A&M.

The Tigers looked rusty after the long layoff, and the early exit for Bigsby took some of the edge out of an offense that had hit his stride in its previous two games. Auburn will have to tighten up on both sides of the ball to have any chance of upsetting rival Alabama for the second straight season.

Auburn did not earn any style points, so Gus Malzahn’s team will most likely stay inside the 20s in the upcoming AP poll ahead of its trip to No. 1 Alabama.

After beating Tennessee, is Auburn capable of taking down Alabama?

This season, ever since it became evident Auburn’s ceiling was limited, was about getting to…

Grading Auburn in its win over Tennessee

AUBURN — After going 21 days between games, No. 21 Auburn returned to action Saturday with a…

AUBURN — For much of Saturday night, Auburn looked like a team that hadn’t played a game in …