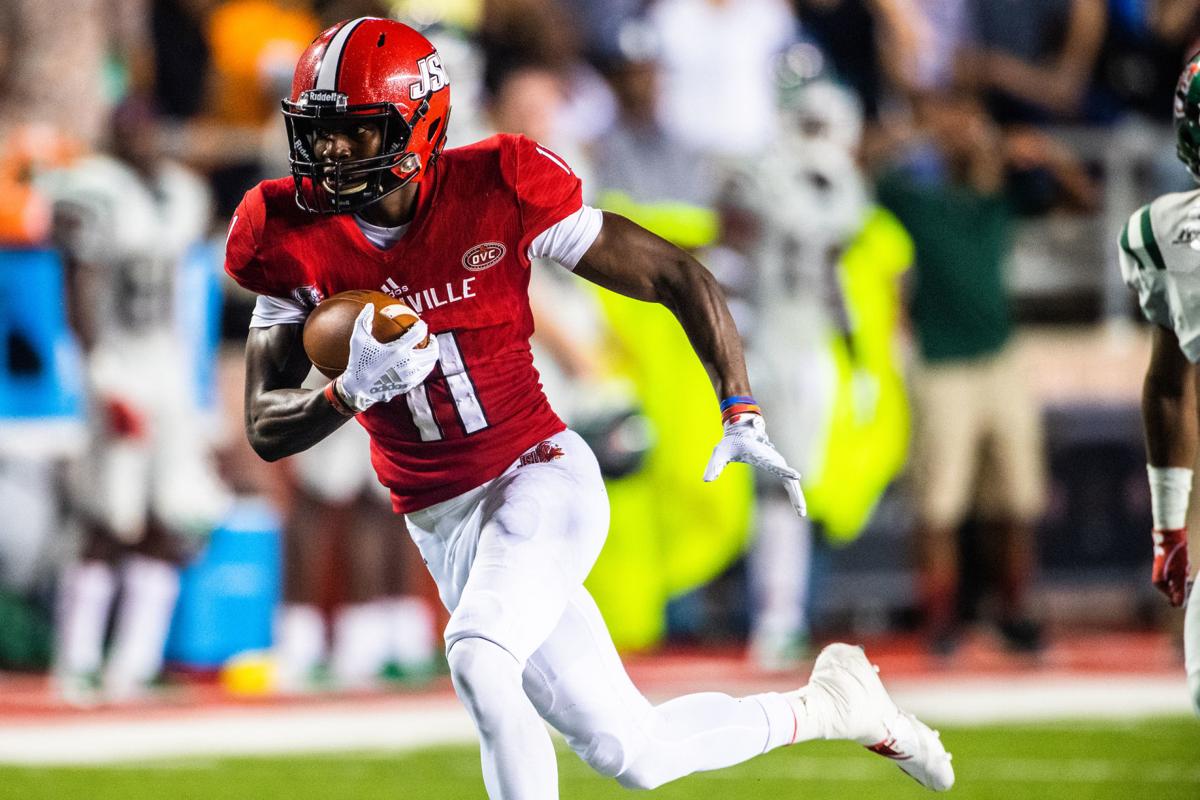 Former Austin High receiver Josh Pearson was at the center of a Jacksonville State comeback effort against Tennessee State on Saturday.

The Gamecocks trailed 17-0 in the first quarter before getting a field goal. In the second quarter, Pearson caught a 20-yard scoring pass to give Jacksonville State its first touchdown and narrow the deficit to seven points.

With Jacksonville State trailing 23-17 in the third quarter, Pearson caught an 8-yard pass from quarterback Zerrick Cooper to put Jacksonville State ahead by one point. The Gamecocks scored again to seal the comeback and a 31-23 victory.

Pearson finished with seven catches for 87 yards. His two touchdowns gave him nine touchdown receptions for the season. He now has 26 touchdowns as a Gamecock, tightening his grip on Jacksonville State’s career receiving touchdown record, which he broke a week earlier.

Pearson and Jacksonville State will play a road game against Eastern Illinois next week.

Here is how other area players fared in NCAA Division I Week 6 games:

• Kaleb Barker, Priceville, Troy, quarterback, senior — Barker passed for 92 yards on 15 completions. He threw a touchdown pass and two interceptions in a 42-10 loss to Missouri. Troy is off this week but will face South Alabama on Oct. 16 for its next game.

• Marcus Webb, Austin, Troy, defensive tackle, senior — Webb made one tackle in the loss to Missouri.

• Jakob Terry, Lawrence County, North Alabama, fullback, redshirt junior — Terry appeared in UNA’s 40-34 loss to Hampton but did not have any stats. UNA is off next week but will face Charleston Southern on Oct. 19 for its next game.

• Drew Beddingfield, West Limestone, North Alabama, defensive line, redshirt freshman — Beddingfield appeared in UNA’s 40-34 loss to Hampton but did not have any stats.

• Keondre Swoopes, Hartselle, UAB, defensive back, freshman — Swoopes appeared in UAB’s 35-20 win over Rice but did not have any stats. UAB plays UTSA on Saturday for its next game.

• Deonte Brown, Austin, Alabama, offensive line, redshirt junior — Brown and Alabama were off this week but will face Texas A&M on the road on Saturday.