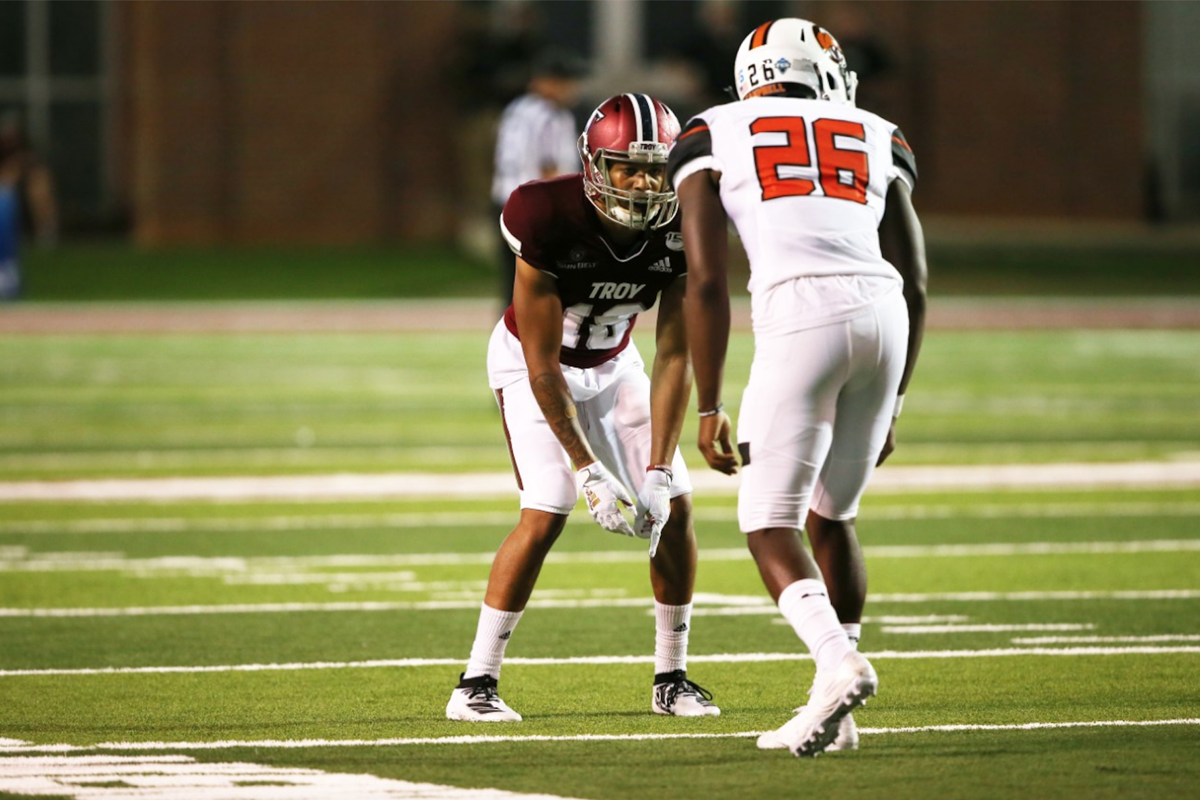 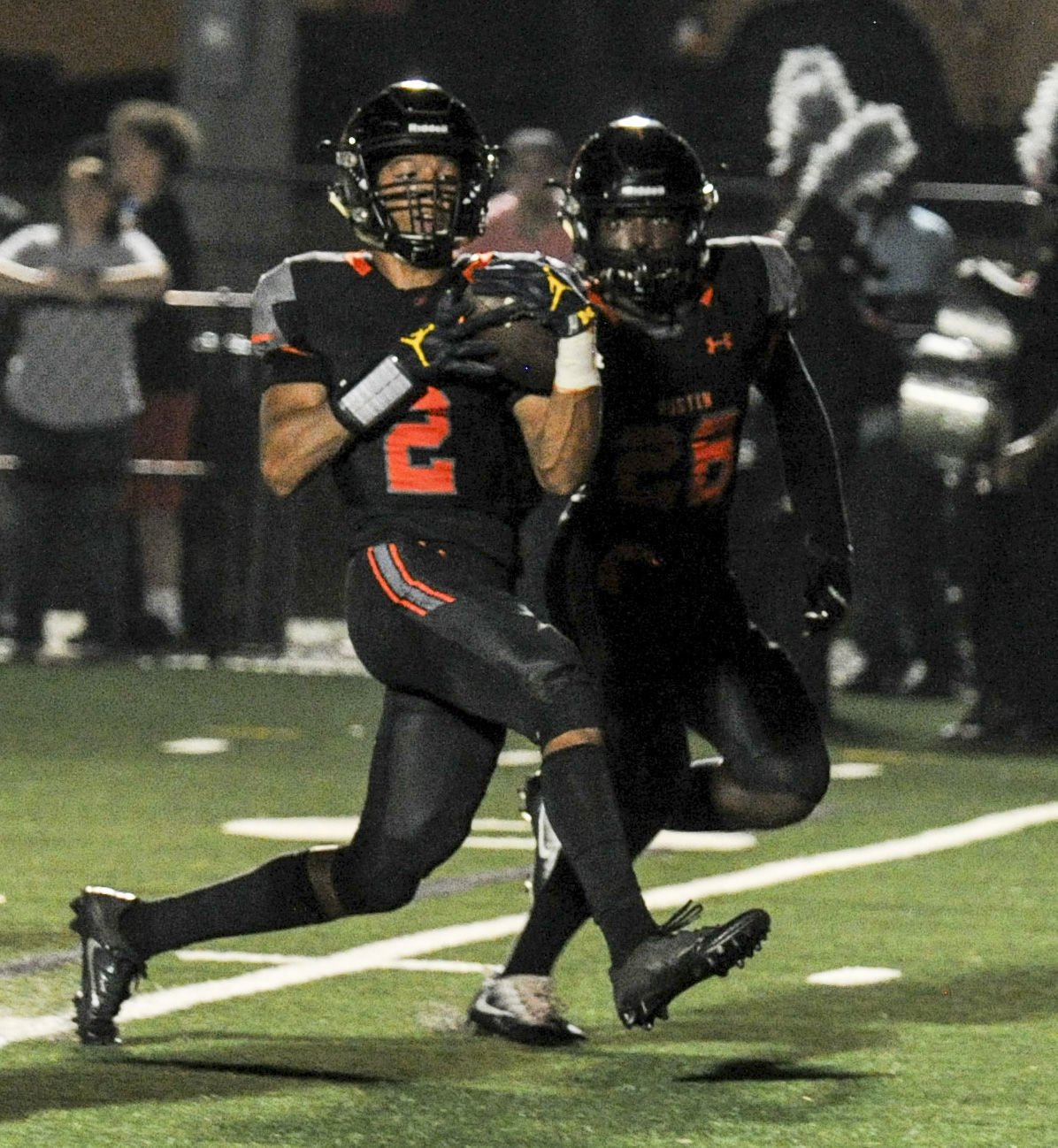 Former Austin standout Reddy Steward (2) intercepts a pass during his senior year with the Black Bears in 2018. [JERONIMO NISA/DECATUR DAILY]

Former Austin standout Reddy Steward (2) intercepts a pass during his senior year with the Black Bears in 2018. [JERONIMO NISA/DECATUR DAILY]

Austin coach Jeremy Perkins felt Reddy Steward could be a Division I football player the minute he put on a varsity uniform for the Black Bears.

Perkins said Steward had showcased his talents playing middle school football. When he joined Austin High, he earned a starting position as early as his sophomore year.

“We knew the ability was there,” Perkins said. “He had a lot of those extra qualities that you need, too.”

Steward lived up to that potential by signing with Troy during last year’s signing period.

He enjoyed a productive freshman year in 2019, appearing in seven games. He played in the first three and then the final four, after the Trojans suffered injuries to the secondary and called on Steward to step up.

“You have to be ready every play,” he said. “It doesn’t matter what play it is, something can happen.”

He finished with 16 tackles, 12 of which were solo. He registered a pass breakup in the first game of the year against Campbell. His best game was in a loss to Louisiana-Lafayette, in which he had four tackles.

Steward said he was anxious during his first game but quickly adjusted when play started.

“I had to get a feel for a game,” Steward said. “Then, I got a couple of tackles, and it just felt like football.”

Steward said his freshman season lived up to the pitch that Troy coaches gave to him when they were recruiting him. He said Troy coaches told him that if he worked hard, he would get in games.

“They gave me the opportunity to play,” Steward said. “I feel like they did live up to it, because I got to play.”

It shouldn’t be a surprise that Steward was able to make his way onto the field at Troy as a true freshman. He was a two-time first-team All-State selection while playing for the Black Bears. He had 36 tackles and three interceptions his senior year while also playing running back and receiver on offense.

“We were blessed to have a young man like Reddy,” Perkins said. “He is a really good athlete, but he was a great competitor. He loved competition.”

Steward said playing for Austin helped him adjust to college practices and added that while college defenses are complex, he was able to learn by studying the playbook.

“It’s a little bit more complicated,” Steward said. “We have more packages than high school. Different players have to do more.”

Perkins said one of Steward’s biggest assets is his intelligence.

“You only have to coach him on something one time for him to get it,” Perkins said. “He has qualities that you can’t coach.”

Steward said he’s spent this offseason running and training in an effort to stay in shape if there is a college football season. The COVID-19 pandemic puts a full-scale college season in jeopardy if it remains a threat during the fall.

He is staying ready and feels he can ride the momentum of his freshman year.

“This year, I am way more comfortable,” Steward said. “I know everybody on the team, so it’s just like high school basically.”

Perkins believes Steward has the potential to be a great player for Troy.

“He can be a superstar just like he was at Austin,” Perkins said. “He just has to continue to work and grow as a player. He just has to improve mentally and physically.”