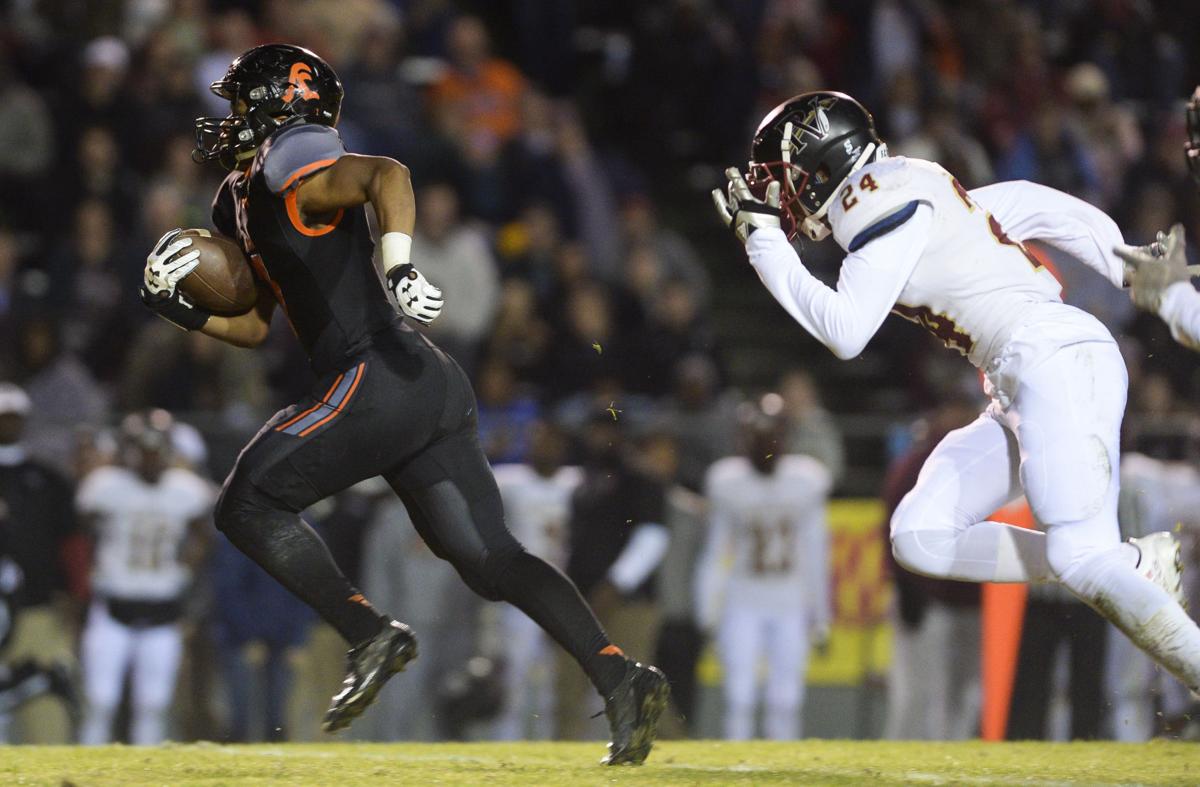 Former Austin running back Antonio Robinson will be playing for Alabama A&M when the Bulldogs begin their spring schedule at home vs. Alcorn State on Feb. 27. [CRYSTAL VANDER WEIT/DECATUR DAILY FILE] 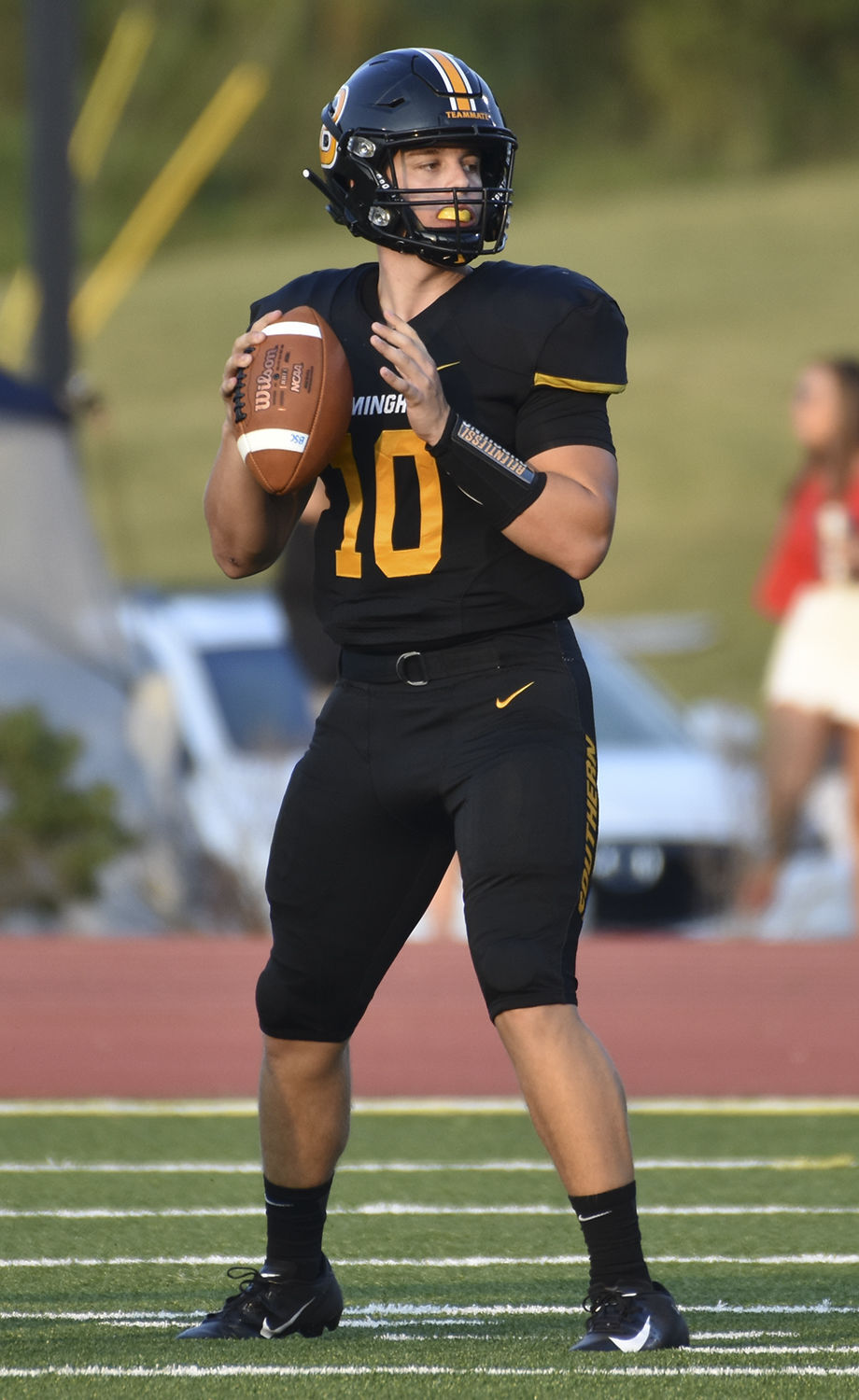 Former Austin running back Antonio Robinson will be playing for Alabama A&M when the Bulldogs begin their spring schedule at home vs. Alcorn State on Feb. 27. [CRYSTAL VANDER WEIT/DECATUR DAILY FILE]

Usually when the confetti fills the sky following the college football championship game, it means the next college games don’t come until at least late August.

That’s not true this year. Because of COVID-19, several conferences across the country pushed the 2020 football seasons from fall to early 2021.

The schools affected mostly play in either the NCAA Division I football championship subdivision or Division II or Division III. At least seven colleges across the state are scheduled to play games soon. Several of those schools have players from The Daily coverage area.

“I am so excited about getting the chance to play football that I really can’t describe it,” said Antonio Robinson, former Austin running back now at Alabama A&M.

Alabama A&M and Alabama State are scheduled to start their Southwestern Athletic Conference schedules in late February. A&M hosts Alcorn State on Feb. 27. Alabama State hosts Southern on Feb. 26. The Magic City Classic between the state rivals is scheduled for April 17 in Birmingham.

“It’s really been an interesting time. I wasn’t sure if I would get the chance to play my senior season,” said Trevor Oakes, former Hartselle quarterback now at Birmingham-Southern.

Birmingham-Southern is scheduled to begin a five-game Southern Athletic Conference schedule on Feb. 6 at Rhodes College in Memphis.

Other state schools with games scheduled for this spring are Jacksonville State, West Alabama, Samford, Huntingdon and Faulkner.

Robinson transferred to Alabama A&M in December of 2019 after two seasons at Coastal Carolina where he did not play. His last real game experience was in Austin’s overtime playoff loss to Pinson Valley, 51-50, on Nov. 24, 2017. He did participate in A&M’s spring drills before COVID-19 shut them down.

“When we found out we weren’t going to play in the fall it really hurt,” Robinson said. “We still worked out, had meetings and spent time watching film and watching other teams play. We just didn’t have any games for us.

“It’s going to be strange to start a season in the middle of cold weather. Usually the season starts in August when it’s blazing hot.”

Oakes is Birmingham-Southern’s all-time passing leader with 5,994 yards and 29 touchdowns in three seasons.

“We came back to school in the fall knowing we weren’t going to have a season,” Oakes said. “We didn’t know either if we would be playing in the spring or not. We kept telling ourselves to keep our heads down and keep working in case we get to play.”

Oakes said that each member of the football program is being tested for the coronavirus three times a week. Fall workouts were done with an abundance of caution. Drills were limited to 15 players at a time. Team meetings were held in the stadium for safe distancing. There were even practices on Saturday in the fall.

“It was really a tough time because nothing was guaranteed,” Oakes said. “I feel confident we will play starting in February. Our conference is allowing basketball and swimming teams to compete and they are indoors.”

Robinson has three seasons of eligibility remaining. His work in spring drills showed A&M coaches that he has much to offer the program at running back. After playing this spring, the Bulldogs will turn around and play a full schedule in the fall.

That will mean two Magic City Classics in one calendar year, but it also means maybe 20 games in a calendar year.

“It’s going to be interesting to see how that works,” Robinson said.

Since playing in the spring does not mean a loss of any eligibility, Oakes, who graduates in May, could return to play in the fall.

“I’m just happy to have another opportunity to be with my guys and experience being part of a team,” Oakes said. “That’s my favorite part of football. I plan to really enjoy playing this spring.”

The Tigers are playing one game on March 13 vs. Savannah State in Mobile.

Note: North Alabama is not participating in the Big South Conference 2021 spring schedule.