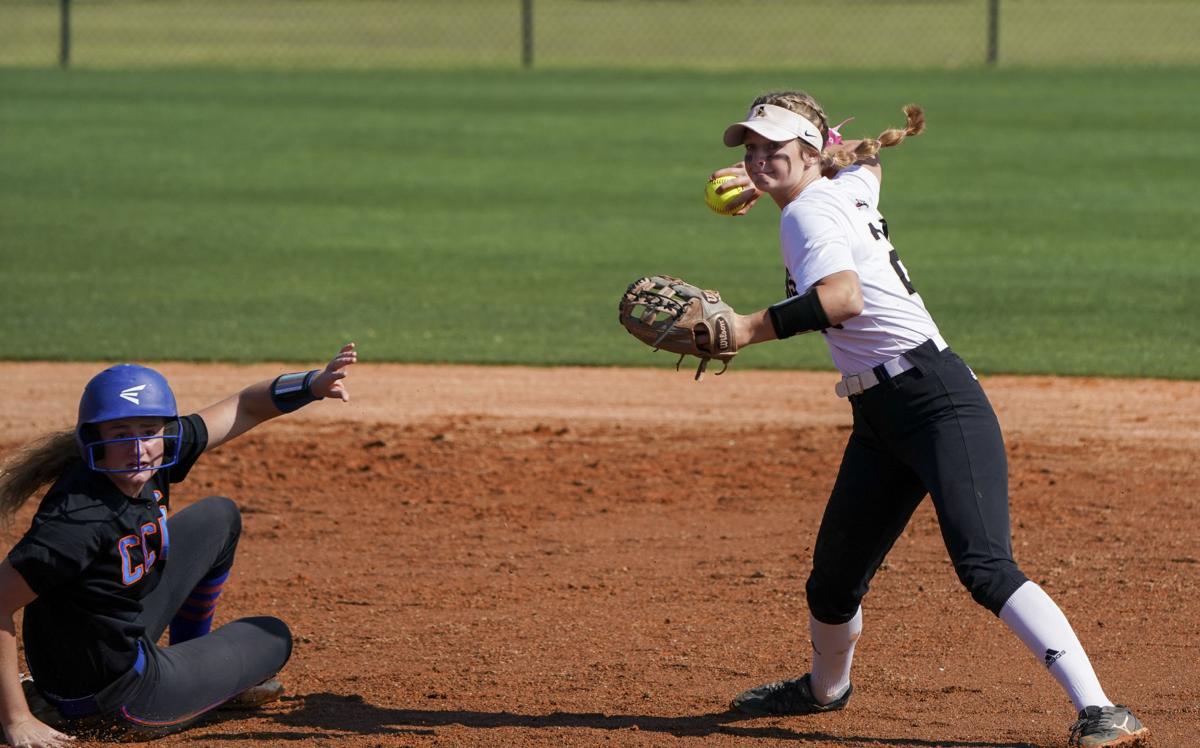 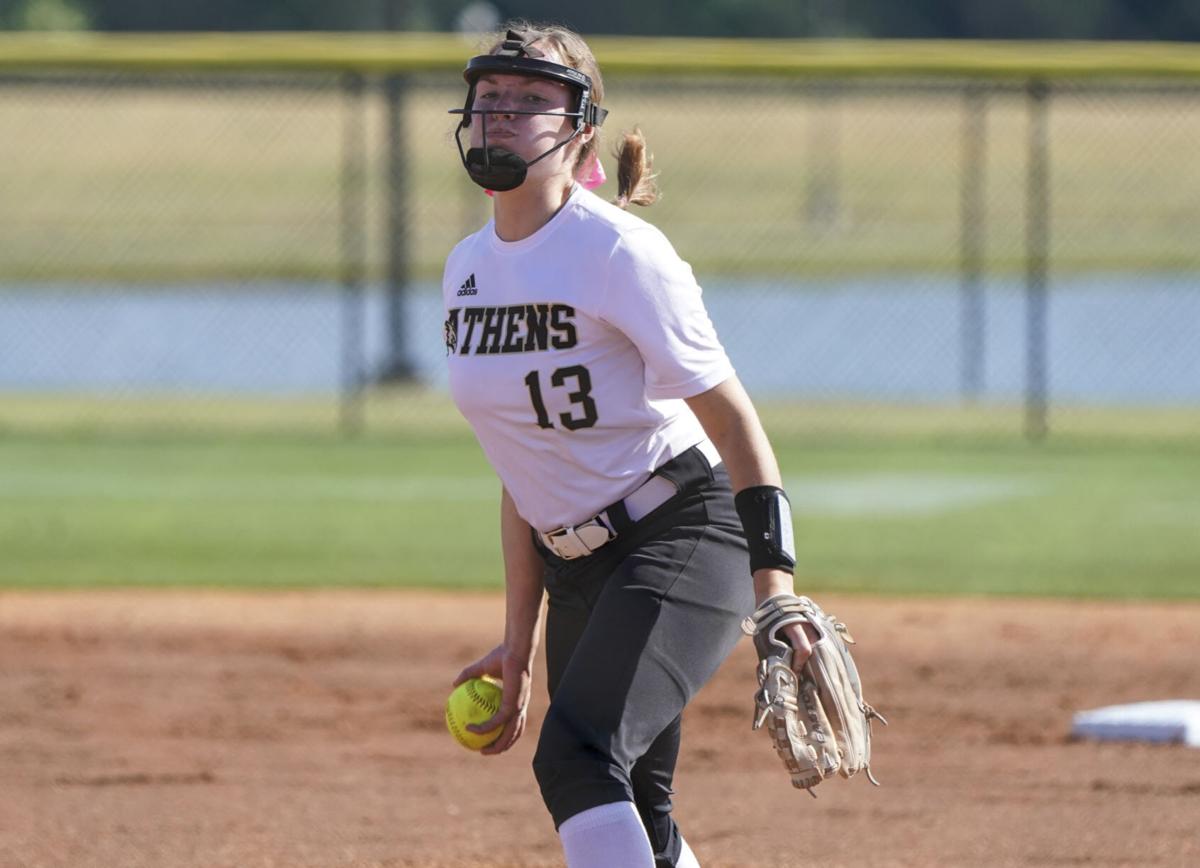 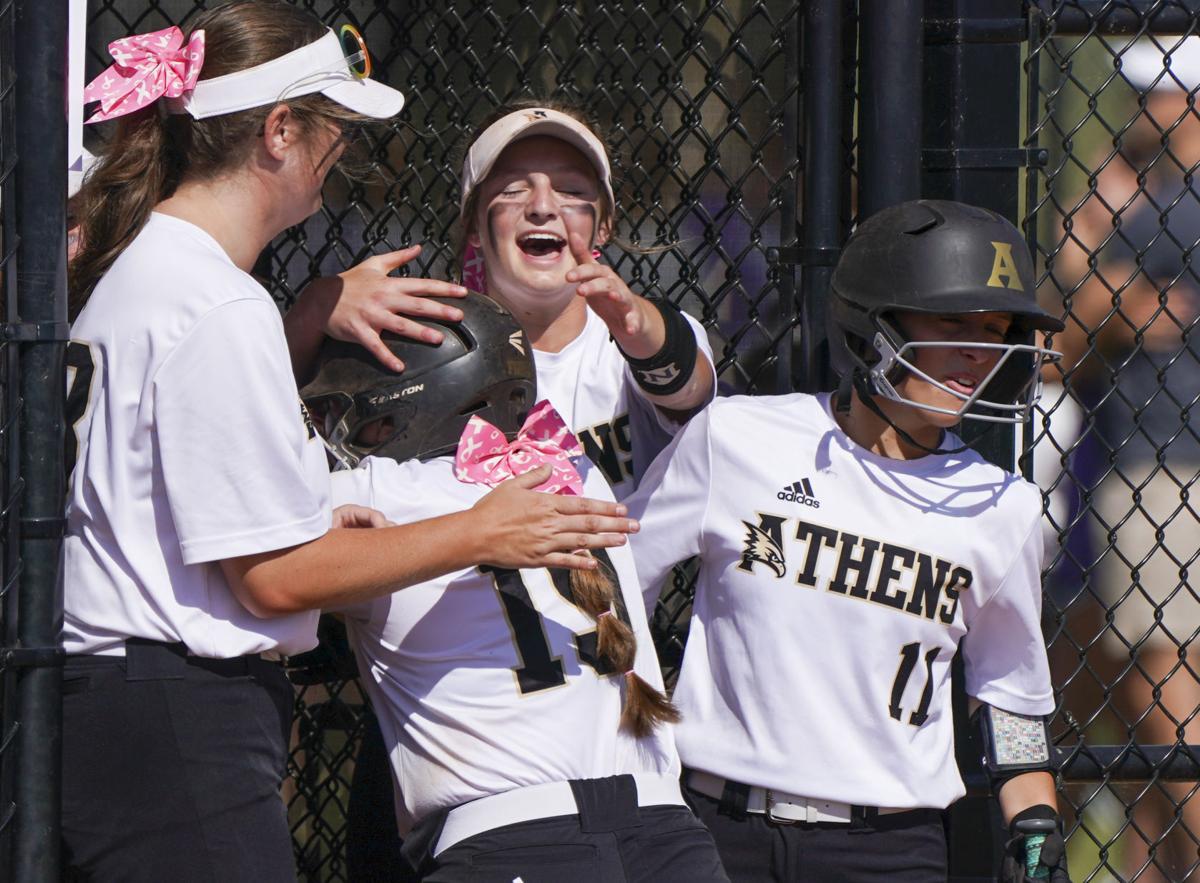 Athens celebrates as a teammate enters the dugout during a Class 6A softball  tournament game at Choccolocco Park in Oxford on Friday. [MARVIN GENTRY/PREPS@AL.COM]

Athens celebrates as a teammate enters the dugout during a Class 6A softball  tournament game at Choccolocco Park in Oxford on Friday. [MARVIN GENTRY/PREPS@AL.COM]

OXFORD — Athens' season ended Friday as the Golden Eagles were eliminated in the state softball tournament.

The top-ranked team in Class 6A lost to Helena 3-0 after defeating Chilton County 13-2, but losing to Springville 6-1 earlier in the day.

With the two losses, Athens was eliminated. Athens' season ended with a record of 46-14.

In the loss to Helena, Athens outhit the Huskies 5-3, but the Golden Eagles were unable to plate any of their base runners.

Springville 6, Athens 1: After three scoreless innings, Athens took the lead in the fourth on an RBI single from Jordyn Johnson, but Springville scored six runs in the sixth to turn the game into a rout.

Athens 13, Chilton County 2: The Golden Eagles trailed 2-0 through the first three innings of their first game of the day, but they tied it 2-2 in the fourth on a two-RBI double by Haley Waggoner.

After that it was smooth sailing as Athens scored three runs in the fifth and eight in the sixth to end the game in six innings.