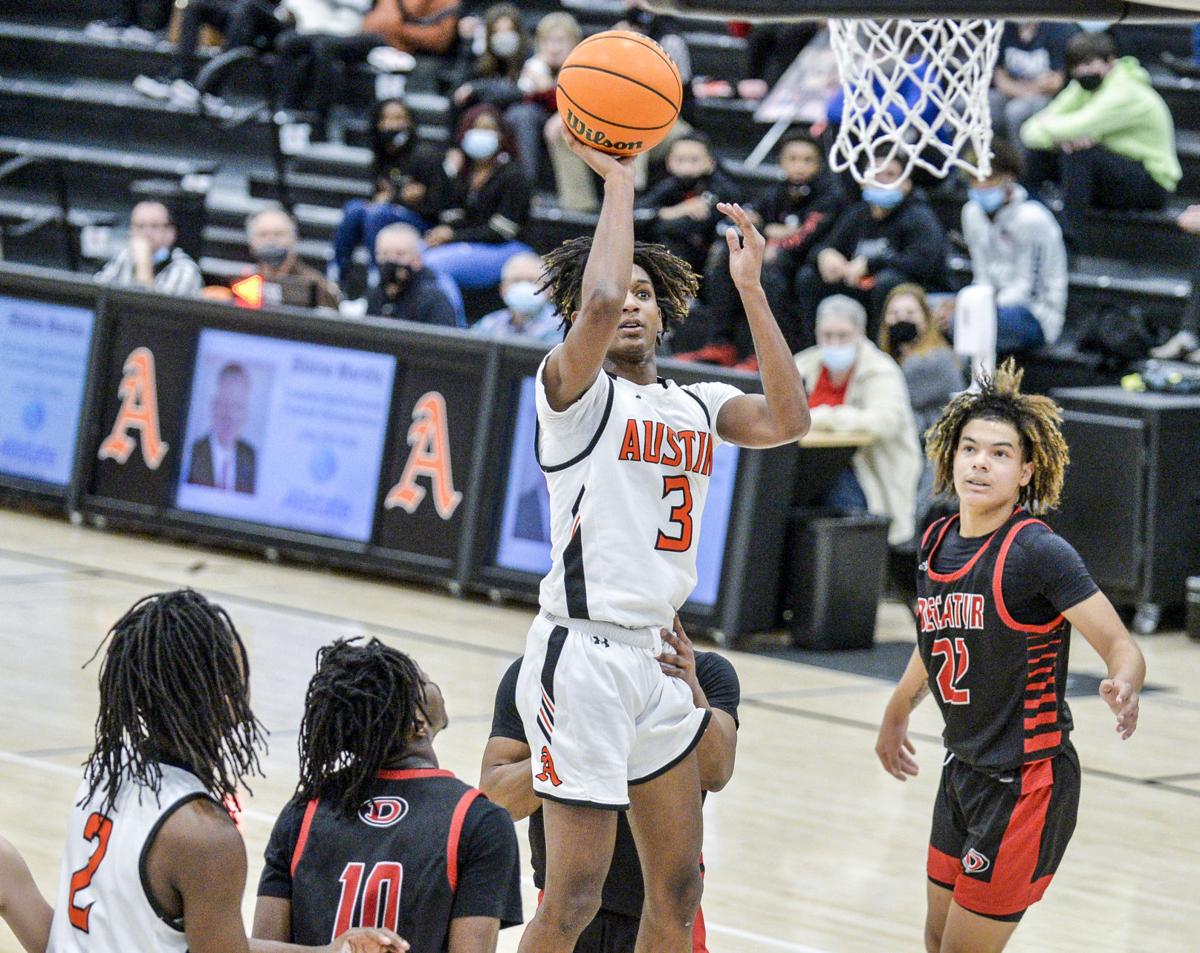 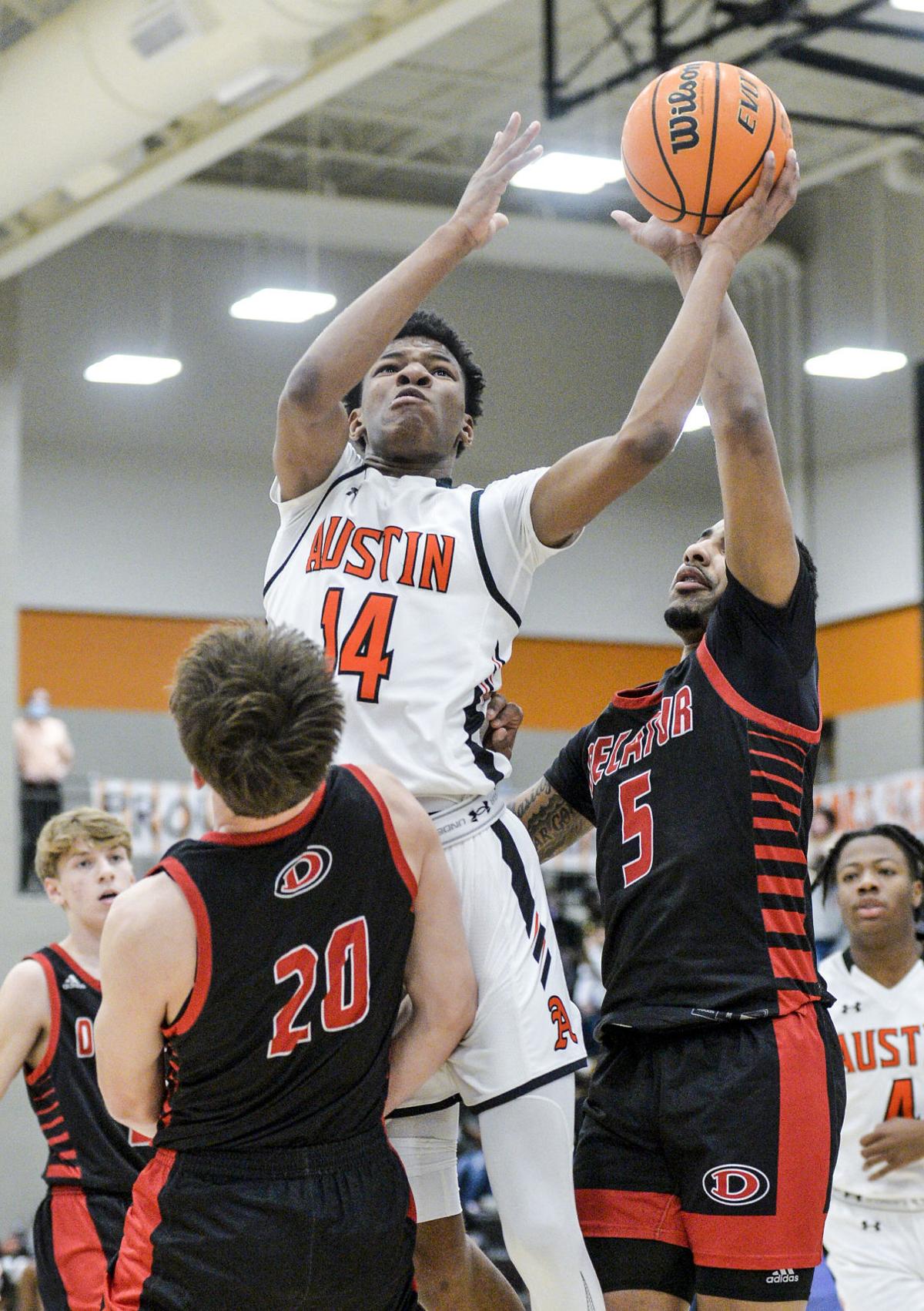 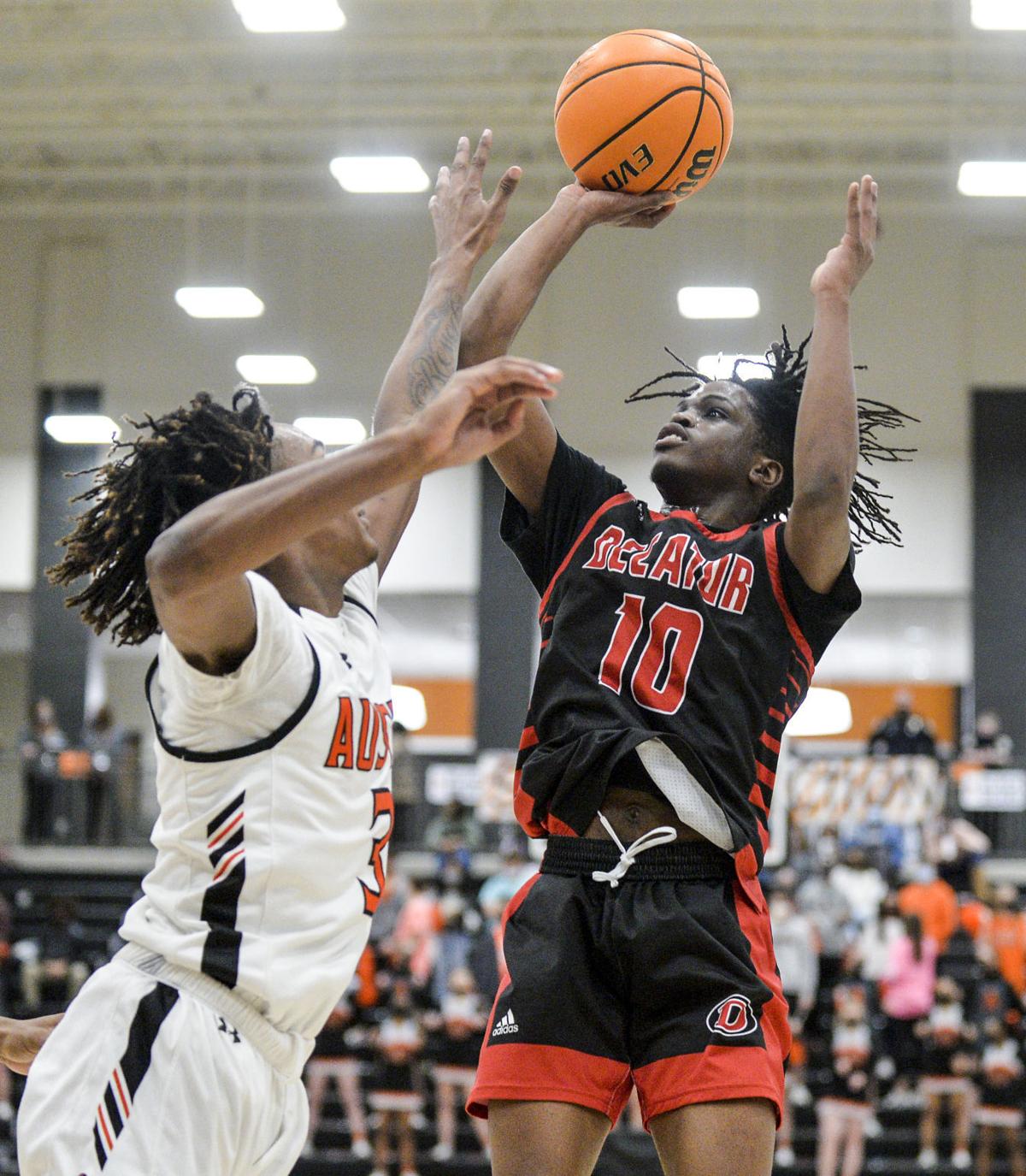 Austin’s Cameron Collins admitted he was a little nervous. Who could blame him?

Collins' basket had just cut Decatur's lead to 69-68 when he stepped to the free throw line to try and complete a three-point play. It was one of the biggest moments of the sophomore’s playing career.

“Yeah, I was definitely a little nervous. I'm not going to lie. I’m young, and that was a big moment for me,” said Collins. “I knew it was going to be big if I made it, so I just clutched up.”

He hit the shot that tied the game with 0.13 seconds left. The game then went into overtime, where Austin claimed the victory, 81-77.

For Collins, who finished with 19 points, making a play like that in this game was a dream come true.

“It meant a lot to me,” he said. “To make a clutch layup and then a clutch free throw, that’s the kind of thing you dream of.”

Austin got the win Friday, but for most of the game it didn’t seem like they would. Decatur controlled the game for the first three quarters, leading 43-36 at halftime and 63-51 going into the final period. Kobe Johnson led the Red Raiders with a game high 27 points. Malik Byrd added 17, and Shawn Hullett had 16. Eddie Mitchell led Austin with 21.

But the Black Bears opened the fourth quarter on a 6-0 run and kept that momentum going.

“I’m really proud of our kids,” said Austin head coach Major Deacon. “We have a tough, resilient group of kids, and that’s a result of our culture and our community.”

Deacon said nothing changed much about the final quarter, just his kids' making the plays they needed to make.

“We just had to focus on the basic and little things,” said Deacon. “They’re a tremendous team, and our kids just stepped up when they needed to and made the right plays.”

On the other side, Decatur head coach Kori Walker felt his team let this one slip away despite playing one of their best games.

“I really felt like this past week, Tuesday against Hartselle, and tonight we’ve played some of our best games,” Walker said. “We just have to finish, and unfortunately we didn’t get it done tonight. We had a couple of costly turnovers, and they made plays in the fourth quarter that we didn’t.”

This was Austin’s second win over Decatur this year. The first catapulted the Black Bears to bigger wins. They hope the same will happen this time.

“That’s the goal. I hope it carries us to some big wins,” said Deacon. “I wish Decatur the best of luck in area play, and hopefully we can go out and get a big area win on Wednesday against James Clemens.”