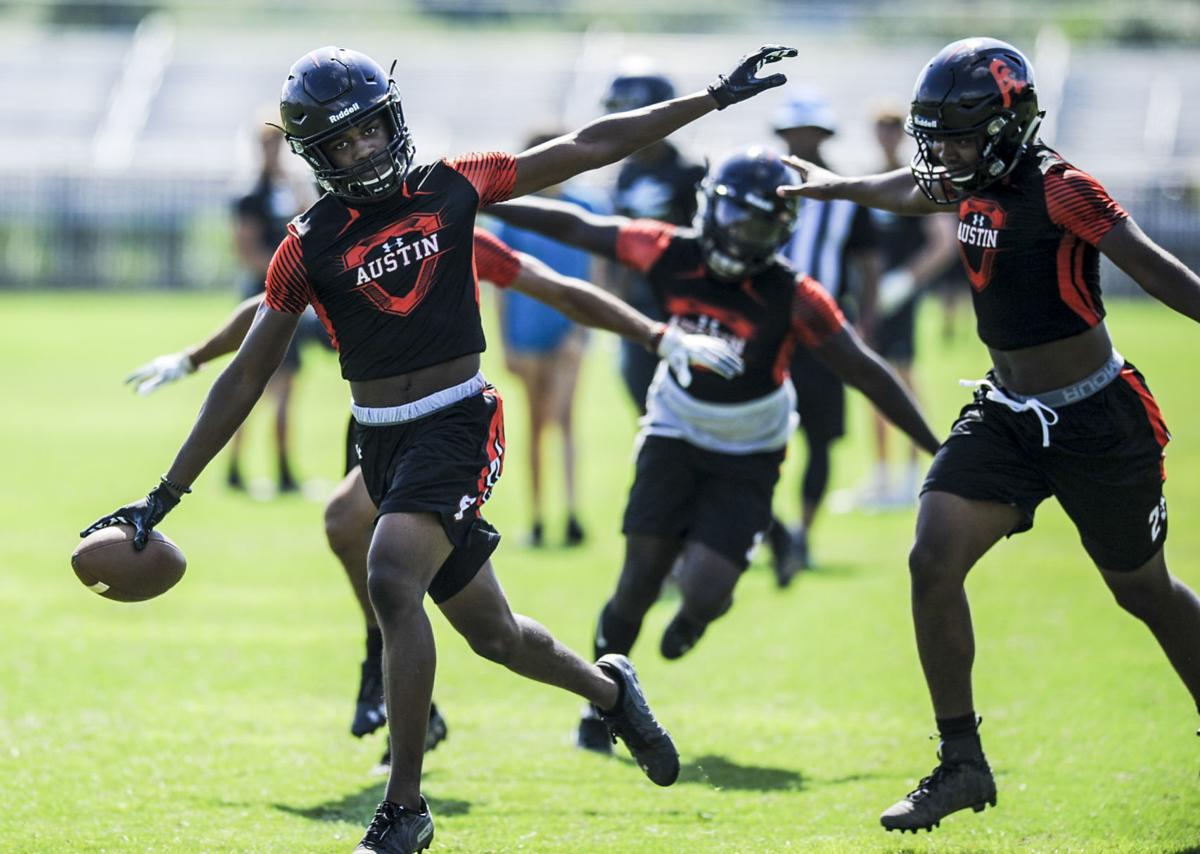 Austin's Jaden Baker celebrates with his teammates after making an interception against James Clemens during the championship game of the FCA 7-on-7 tournament at Jack Allen Soccer Complex on Tuesday. More photos at decaturdaily.com. [JERONIMO NISA/DECATUR DAILY] 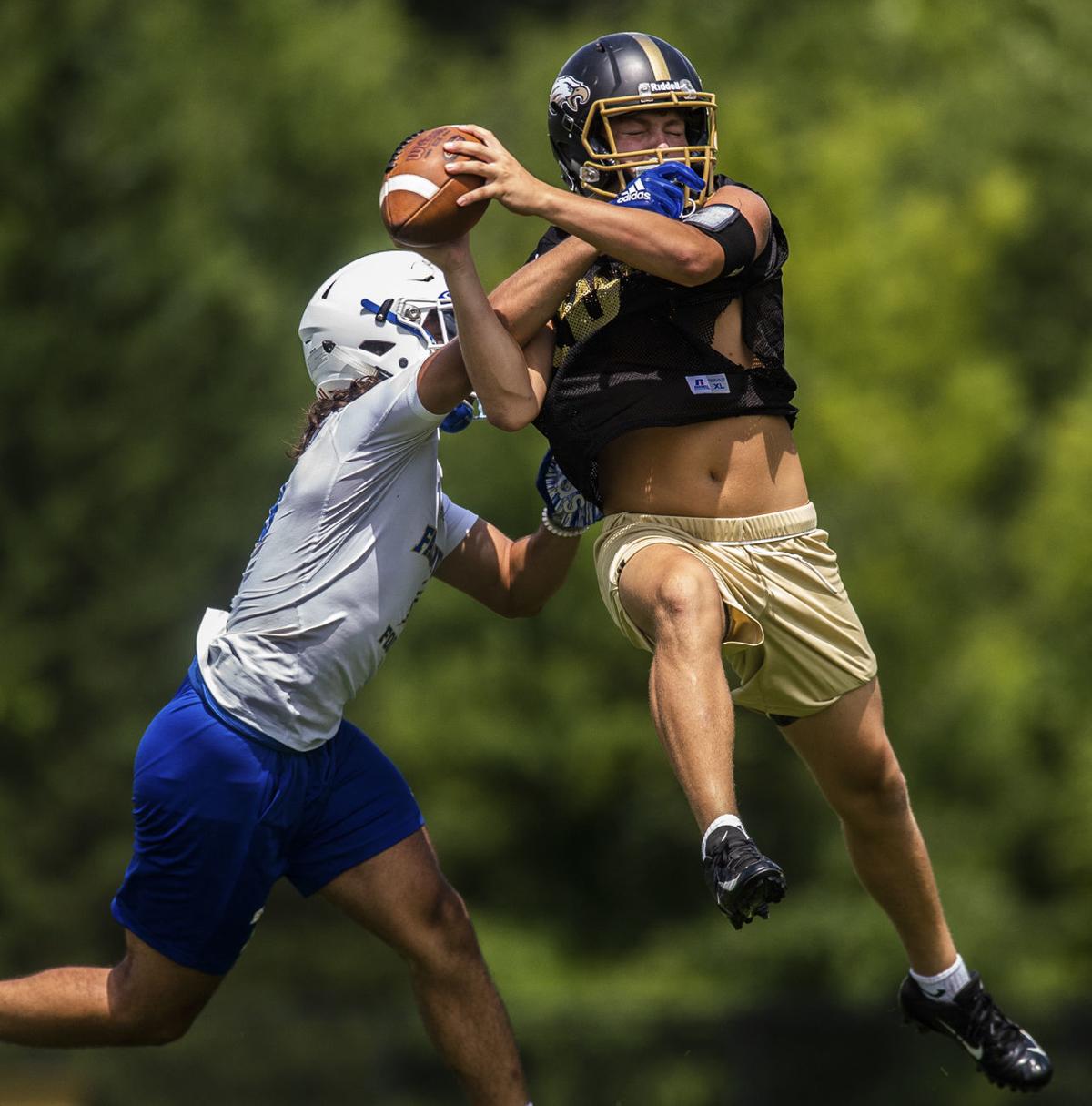 Austin's Jaden Baker celebrates with his teammates after making an interception against James Clemens during the championship game of the FCA 7-on-7 tournament at Jack Allen Soccer Complex on Tuesday. More photos at decaturdaily.com. [JERONIMO NISA/DECATUR DAILY]

Austin coach Jeremy Perkins recognizes that performing well in a 7-on-7 competition doesn’t guarantee success when the season starts in late August.

The simplified version of the sport awards teams points for touchdowns, interceptions and turnovers on downs. Players aren’t allowed to tackle and play on a shortened field.

It’s still good competition in Perkins’ eyes, and Austin competed as well as a team could Tuesday at the Fellowship of Christian Athletes 7-on-7 event at the Jack Allen Soccer Complex.

“We had the opportunity to work on our passing game and defending those things,” Perkins said. “It’s about handling the ups and downs. It’s learning how to handle the ebbs and flows of a game. It’s not real football, and we realize that.”

The type of football played at Jack Allen on Tuesday centered around quarterback play since teams don’t run the ball. That made Crittendon the difference.

The 5-foot-11 signal caller split time at the position with senior Kulyn Hubbard last year. He is now under center full time.

“I’m making my reads faster now,” Crittendon said. “Last year, I was kind of slow on my reads. Coach Perkins always told me that. Now, I’m getting faster at it, but I’m still learning.”

Austin was one of 25 schools that participated in the event, which is now in its third year. The day began with pool play to determine the seeding in bracket play, which took place after lunch and an FCA presentation.

Austin, Decatur and East Limestone were the only three area schools that competed in the big school division. Decatur finished 2-3, including a win over Hazel Green in the first round of bracket play.

St. John Paul II won the small school competition. The Falcons joined Austin as one of the two teams to finish the day with a 6-0 record.

Austin’s run was a step up from last year’s competition where it lost in the semifinals to Huntsville on a last-second interception.

“It's not real football, but it’s an opportunity to compete against other people,” Perkins said. “Our guys did a good job handling the competition all day long.”

Austin and the rest of the area teams begin practice for the real season on Aug. 5. The Black Bears open the season with Hartselle at home on Aug. 23 before travelling to Ogle Stadium to play Decatur the next week.

The Fellowship of Christian Athletes has turned the 7-on-7 competition in Decatur into a must-see event for area high school football fans.