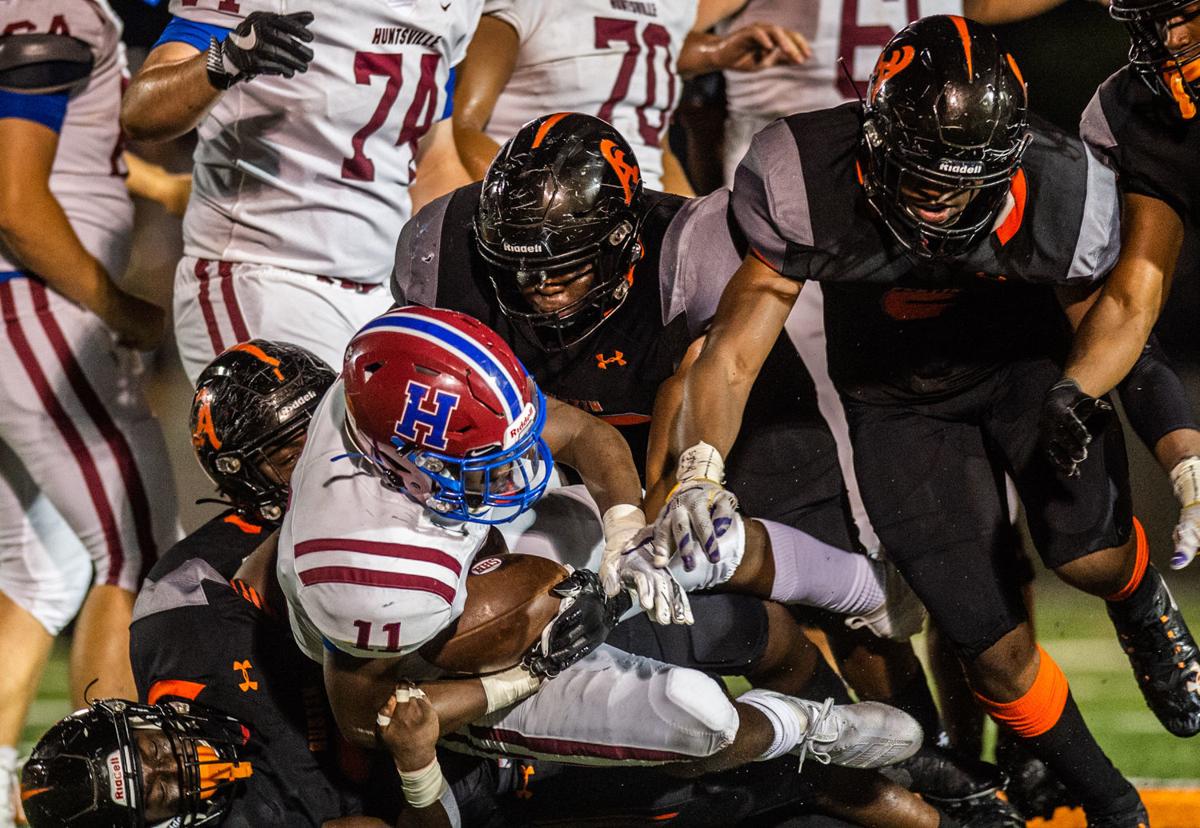 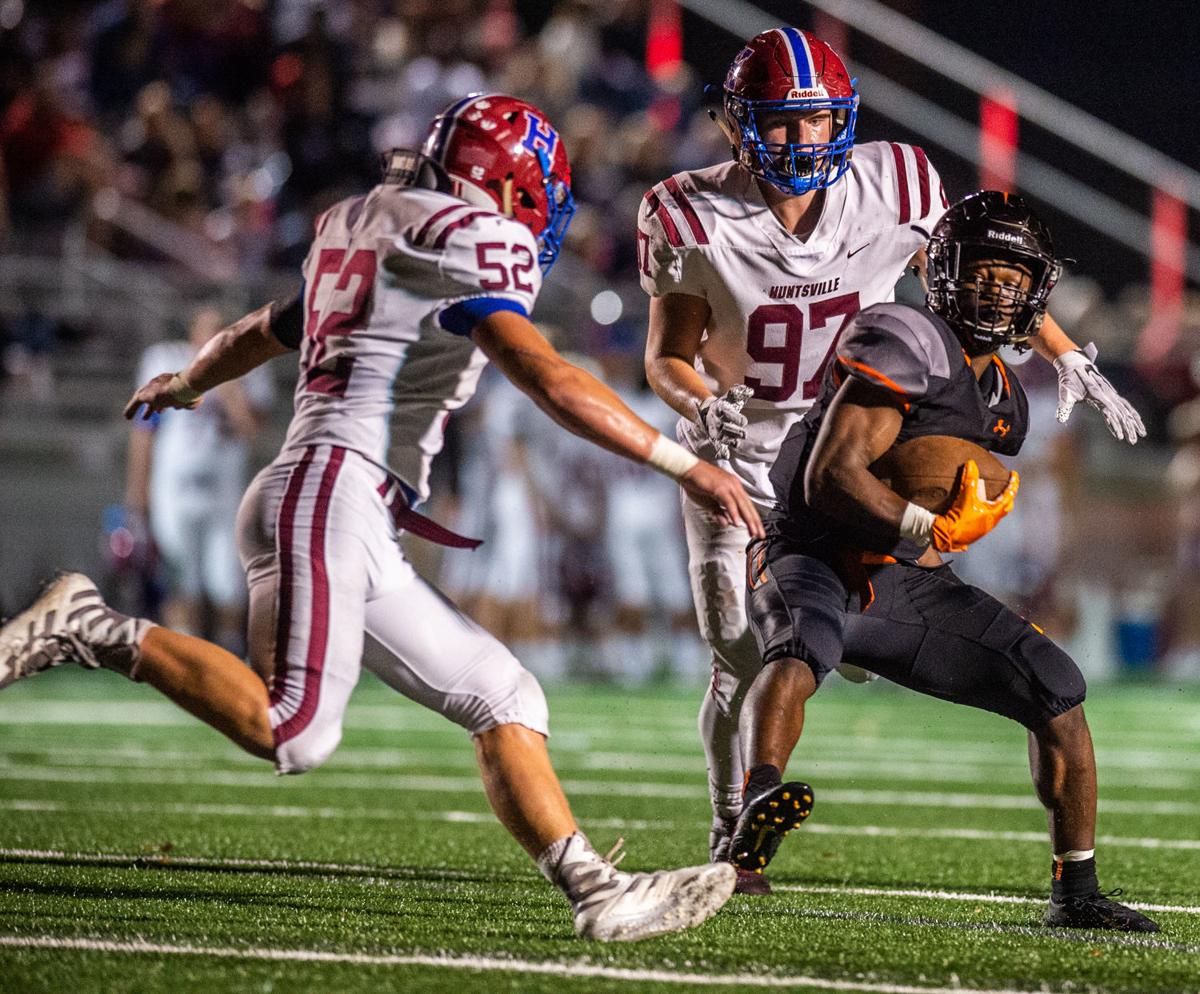 Austin coach Jeremy Perkins challenged his team in practice to bounce back after suffering its first loss of the season to Sparkman last week.

Austin shook off the disappointment of the region loss with a 45-16 victory over region opponent Huntsville.

“I was anxious to see how we were going to respond,” Perkins said. “I thought we answered the bell pretty well. They were business-like in practice.”

The sting of the close loss to the Senators did not seem to have any effect on Austin. That was apparent from the first series.

Austin drove 80 yards in eight plays on its first drive. Running back Kendall Scales scored on a 26-yard run to make it 7-0. Austin then scored on its next drive with quarterback Quincy Crittendon throwing a 30-yard touchdown pass to running back Jevon Jackson.

Crittendon threw two more touchdowns before the half was over. The first went 77 yards to wide receiver Tre Shackelford. The second went 36 yards to running back Tybo Williams. Austin took a 28-3 lead into halftime.

Crittendon had an efficient night, completing seven of his 10 attempts for 214 yards and three scores. He wanted to do all he could to make sure Austin bounced back this week.

“We had to strike back and get a win,” Crittendon said. “We were hungry this game.”

Austin scored two touchdowns in the second half on runs of 43 yards by Jackson and 80 yards by Williams. Jackson, Williams and Scales have been do-it-all backs for Austin this year. Their effectiveness in the running game as well as the passing game gives Crittendon options out of the backfield.

“We have a lot of playmakers,” Crittendon said. “Our coaches set us with a good game plan. We executed it well.”

Led by Crittendon, Williams and Jackson, Austin’s offense seemed back on track after posting its second-lowest point total of the season against Sparkman.

The Black Bears will need that offense to keep clicking. It has two region games left to finish in the top two of the region and host a playoff game. Bob Jones is first next week at home followed by a road trip to James Clemens in two weeks.

“We hope this will propel us into the next two region ballgames,” Perkins said. “We have to continue with the momentum.”