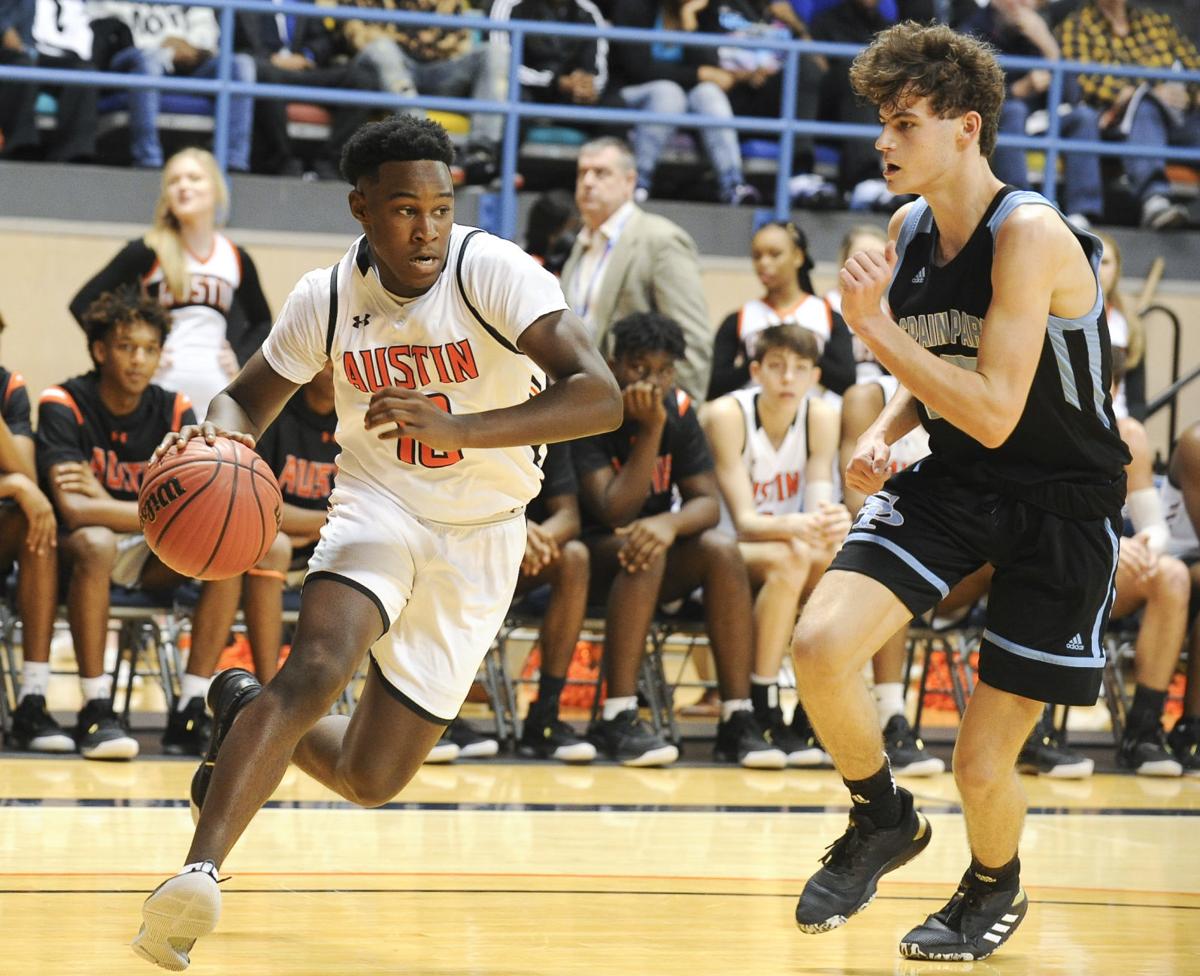 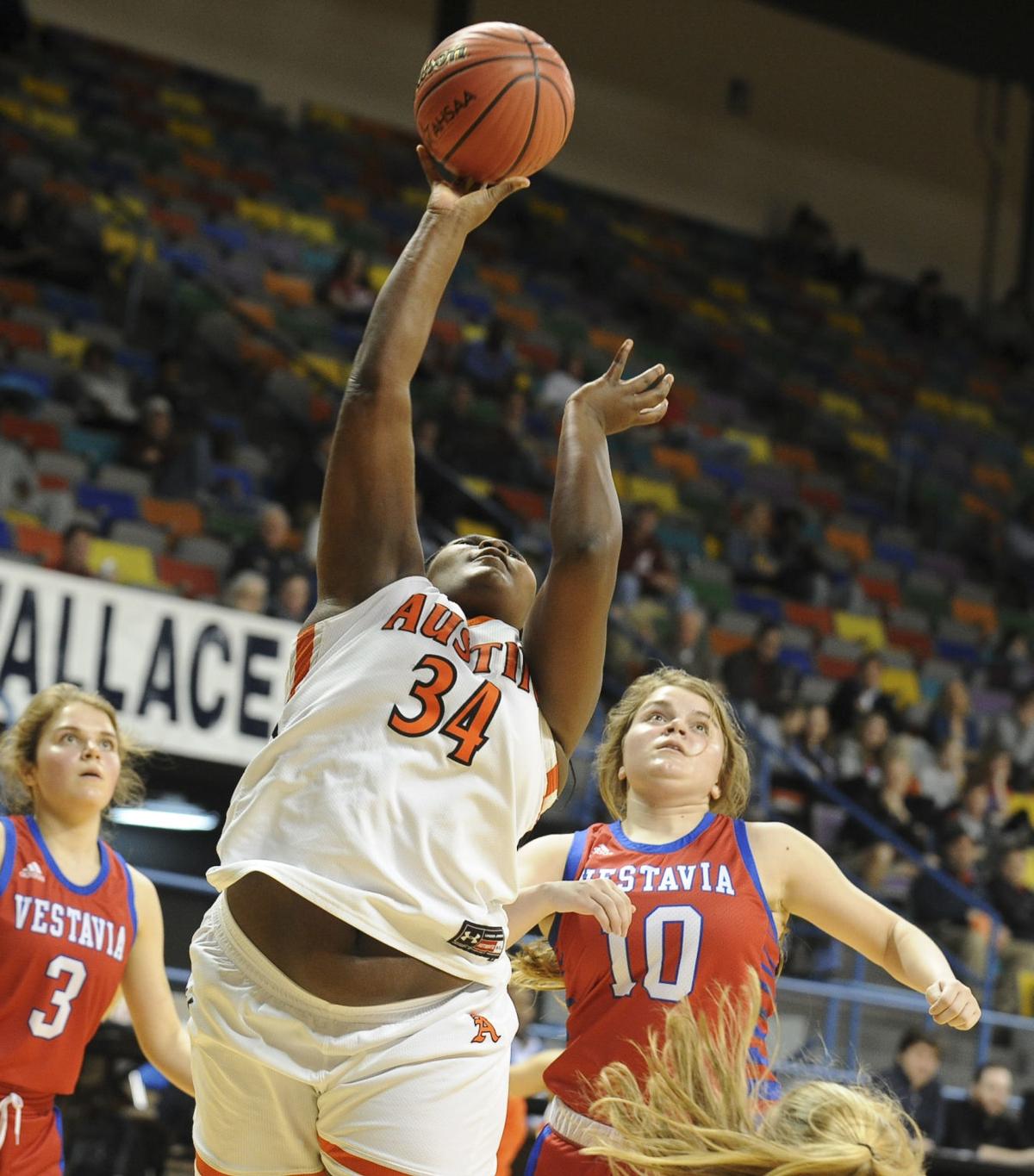 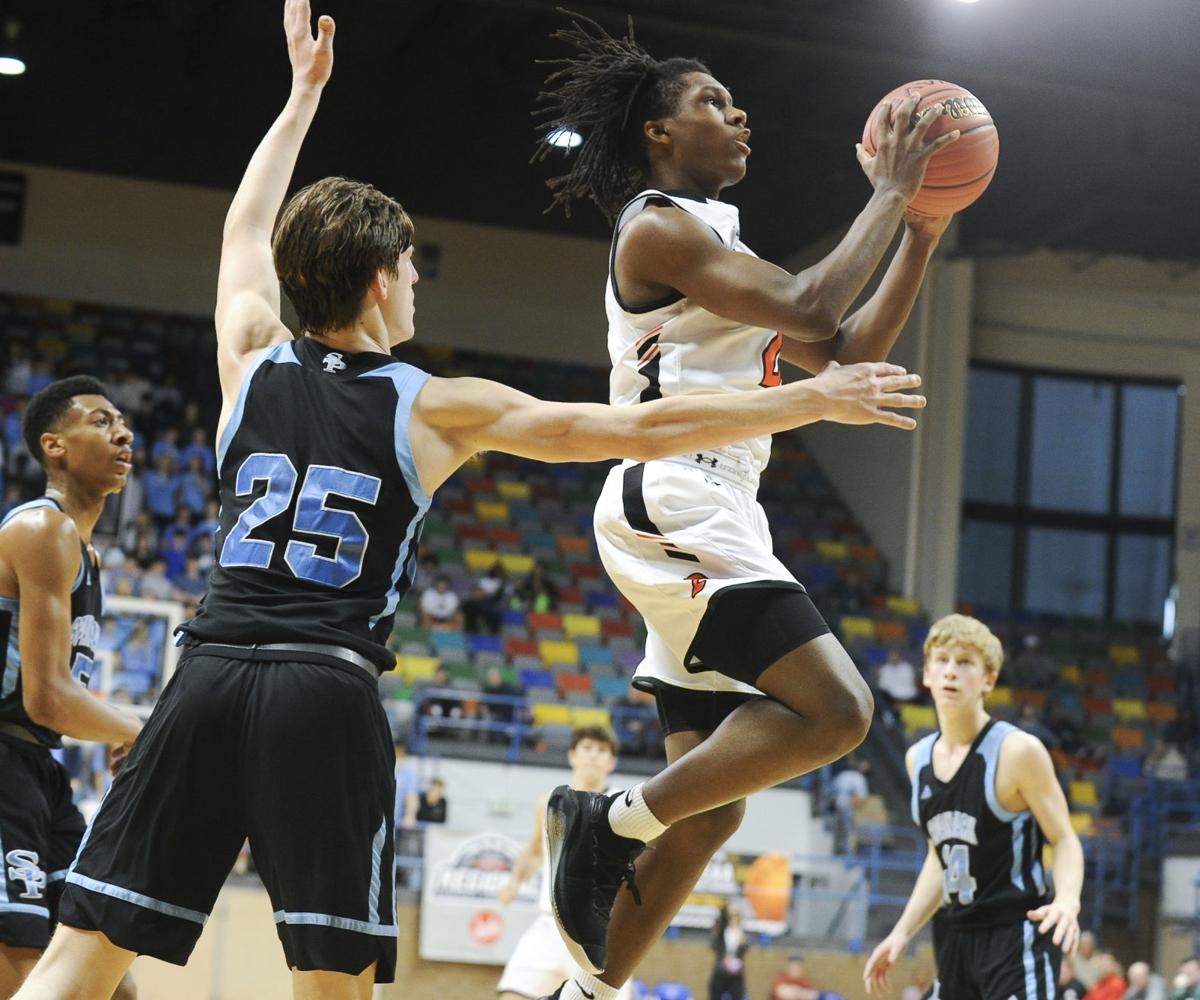 Trailing by one point after three quarters, Austin made only three of its 16 shots in the fourth quarter, including 0-for-7 from 3-point range. Spain Park outscored Austin by 13 during that stretch to earn a 60-46 win and eliminate the Black Bears from the Class 7A state tournament.

“We thought we had to get into the 60s to be able to win,” Austin coach Major Deacon said. “I thought defensively we were fine. Offensively, we just let ourselves down.”

The Austin girls also saw their season end in a 54-49 loss to Vestavia Hills.

All signs pointed to a tight finish for the Austin boys before their shooting struggles began. Austin led 16-13 after one quarter but trailed 29-27 at halftime. Spain Park led 40-39 after three quarters.

Austin didn’t score in the fourth quarter until there was 1:52 left and senior Caleb Carter made a layup. By then, Spain Park had already built an 11-point lead. Its last basket before that came with 2:43 left in the third on a 3-pointer by junior Quincy Crittendon.

Austin went 10 minutes and 51 seconds of game time without scoring. It also missed five of its six free throw attempts in the fourth.

“It started with missed free throws and missed layups,” Deacon said. “Then, it was shots we usually make. At the end of the day, it’s about makes and misses. We missed them today.”

While Austin was struggling, Spain Park’s Cam Crawford woke up. The Jaguars’ leading scorer had 15 points in the second half after going scoreless in the first half. He also had 10 rebounds.

“I just wanted to win and not let my teammates down,” Crawford said. “We’ve come too far to not show up in the biggest game of my career and all of our careers.”

Junior Kelton Petty led Austin in scoring with 11 points. He was the Black Bears’ only double-digit scorer. Crittendon had nine points.

There was still a sense of optimism despite the loss for Austin. Deacon’s first year as head coach saw the team win an area championship and make it to the Northwest Regional for the first time since joining Class 7A before the 2018-2019 season. It finished 21-11.

Deacon seemed hopeful ahead of his first full offseason with the Black Bears. He joined the program in July of 2019.

“I hope that we will be (at regionals) a lot,” Deacon said. “This will be my first spring and summer with the guys, which will hopefully lead to a much better fall season. I’m really thankful and proud of our seniors.”

Vestavia Hills 54, Austin girls 49: Austin seemed to have it all wrapped up, leading by double digits in both the third and fourth quarters, but Vestavia Hills had other plans.

The Rebels mounted a comeback that started when it trailed 46-34 in the fourth quarter. The Rebels went on a 14-0 run to grab a 48-46 lead with two minutes left. Austin then took the lead 49-48 with 35 seconds left on junior Tashanti Watkins' three-point play. She made a layup, drawing a foul, and followed by sinking a free throw.  Vestavia then made a baseline jump shot to take a 50-49 lead. Vestavia Hills forced two Austin turnovers and made four free throws to earn a spot in the Northwest Regional finals.

“After Tashanti made that free throw, I kind of let the players have a couple ways to guard them,” Austin coach Bruce Hamilton said. “They got a little baseline shot. Then, we didn’t execute the play on the other end and turned it over. It was still a good game.”

Junior Hannah Cohn led Austin with 18 points. Watkins scored 15. The Black Bears committed 10 of their 14 turnovers in the second half.

“Ultimately, the bottom line is we just didn’t take care of the ball,” Hamilton said. “They scored a lot of points, but I think our defense gave us a chance to win.”

How will you celebrate Holy Week events?