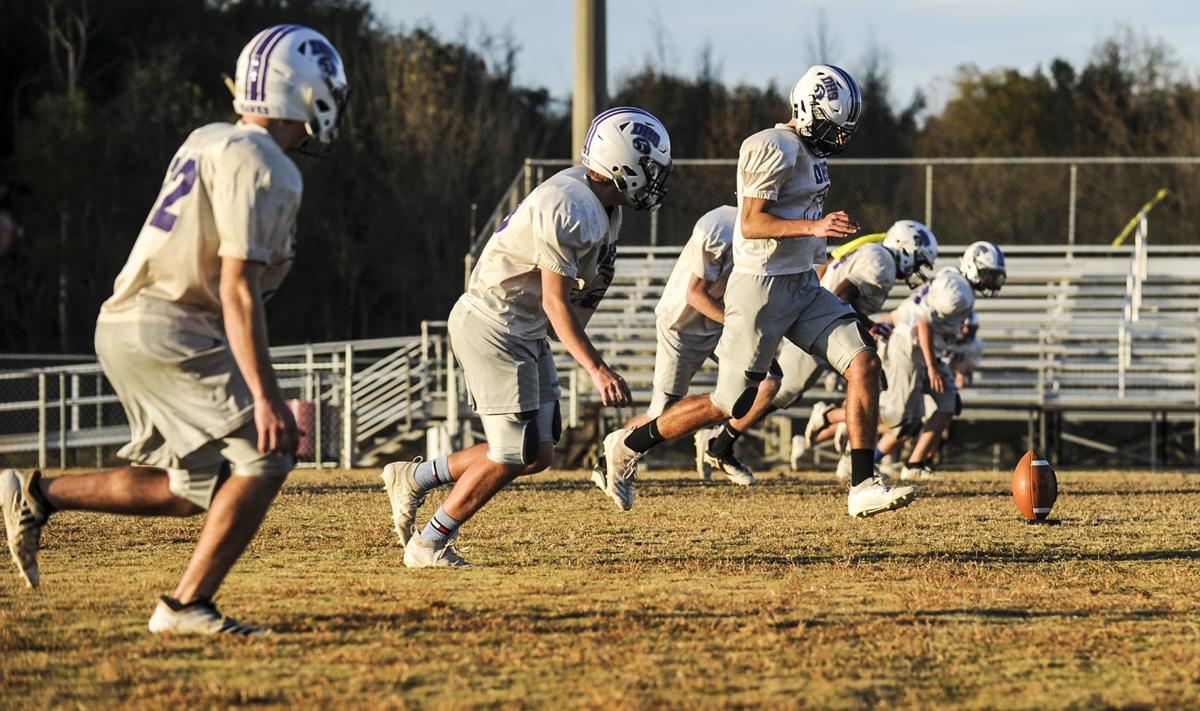 The Danville Hawks are ready to kick off their first playoff game since 2009. [JERONIMO NISA/DECATUR DAILY] 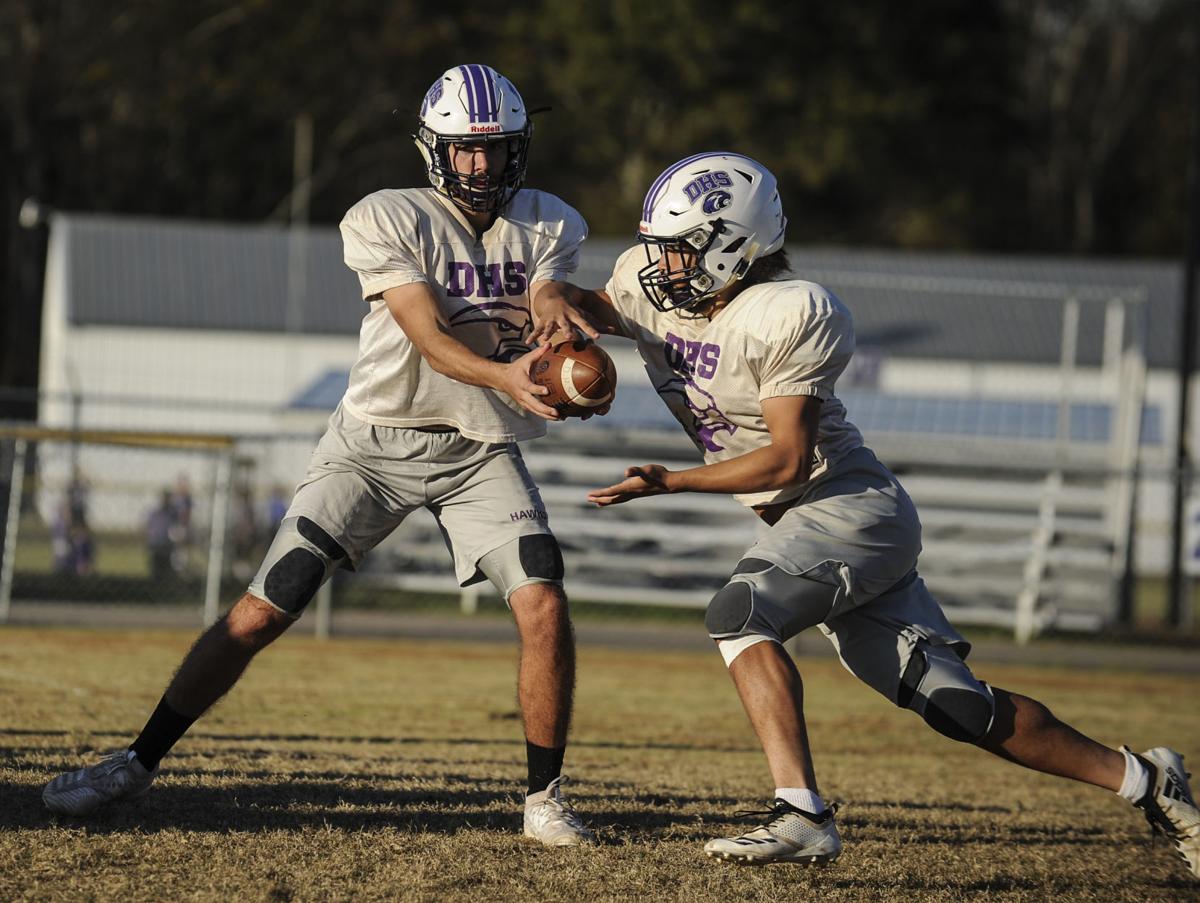 The Danville Hawks are ready to kick off their first playoff game since 2009. [JERONIMO NISA/DECATUR DAILY]

DANVILLE — There’s been something happening in Danville this week that hasn’t occurred in 10 years.

The football team has been practicing for the state playoffs. The Hawks last made the playoffs in 2009.

“We even had to turn the lights on a couple of times this week so we didn’t have to finish practice in the dark,” Danville head coach Shannon McGregory said.

It’s another chapter in what appears to be a major turnaround in the Danville football program. The Hawks went 0-10 last year. They lost their first two games this season, but then won five of their last eight to land in the playoffs. Going into their 10th game, the Hawks were still in play for a possible first-round playoff game at home.

“This has all been pretty great,” senior lineman Jabe Anderson said. “It shows that all the hard work we’ve put into this season has paid off.”

Anderson is one of 12 seniors on the team who have mostly suffered through lean times for the Danville program.

One of the seniors who has experienced football success is quarterback Luke Nail. After two seasons at Madison Academy, including an All-State selection last season, he transferred to Danville last December. Nail lived in the Danville school zone while playing at Madison Academy. He’s known many of his current teammates since kindergarten.

“As soon as I got here, I could tell things were going to be better,” Nail said. “The work ethic on this team is amazing. I knew these guys were hungry to win.”

“Having a quarterback with Luke’s talent has made it a lot better for me and the whole team,” Moore said. “We have an offense that is tough to stop.”

Optimism was high going into the season, but the team sort of tripped coming out of the starting blocks. There was the season-opening loss at home to Class 1A Falkville, 28-21.

“Not to take anything away from Falkville, but we really felt like we gave that game away,” McGregory said. “We had 165 yards in penalties in the second half. That just can’t happen.”

Next up was a 37-8 loss at Class 5A Brewer. The next game on the schedule was at home vs. North Jackson. It was the first region game.

“They beat us 77-0 last year,” Anderson said. “That was a horrible feeling and we weren’t going to let it happen again.”

“That’s when it started sinking in to these guys that they could win,” McGregory said.

Danville won two of its next three to stand 3-3 overall and 2-1 in the region with rival Priceville next up in a key region game.

“That’s the game that really turned our season around,” McGregory said.

Danville led the physical battle 13-10 at halftime. Priceville took the lead back early in the third quarter. The Hawks answered with two long touchdown runs from Moore to take a 26-17 lead that Priceville could not overcome. The game ball from that night was presented by the seniors to McGregory, who proudly displays it in his office.

A 42-33 win over DAR the next week wrapped up a playoff spot for the Hawks.

“I was so proud of our players for believing in (the coaching staff) and each other,” McGregory said. “We’ve had great senior leadership to get us through some tough times.”

Next up is powerhouse Deshler. The Tigers advanced all the way to the 4A state championship game last season.

McGregory knows all about the Deshler tradition. He was an assistant there for coaching legend John Mothershed.

“Every year there’s a No. 4 (team out of a region) that upsets a No. 1 (team out of another region),” McGregory said. “There’s no reason why it can’t be us this year.”

Here is the schedule for area teams in the first round of the state playoffs. Kickoff is at 7 p.m. Admission is $8.