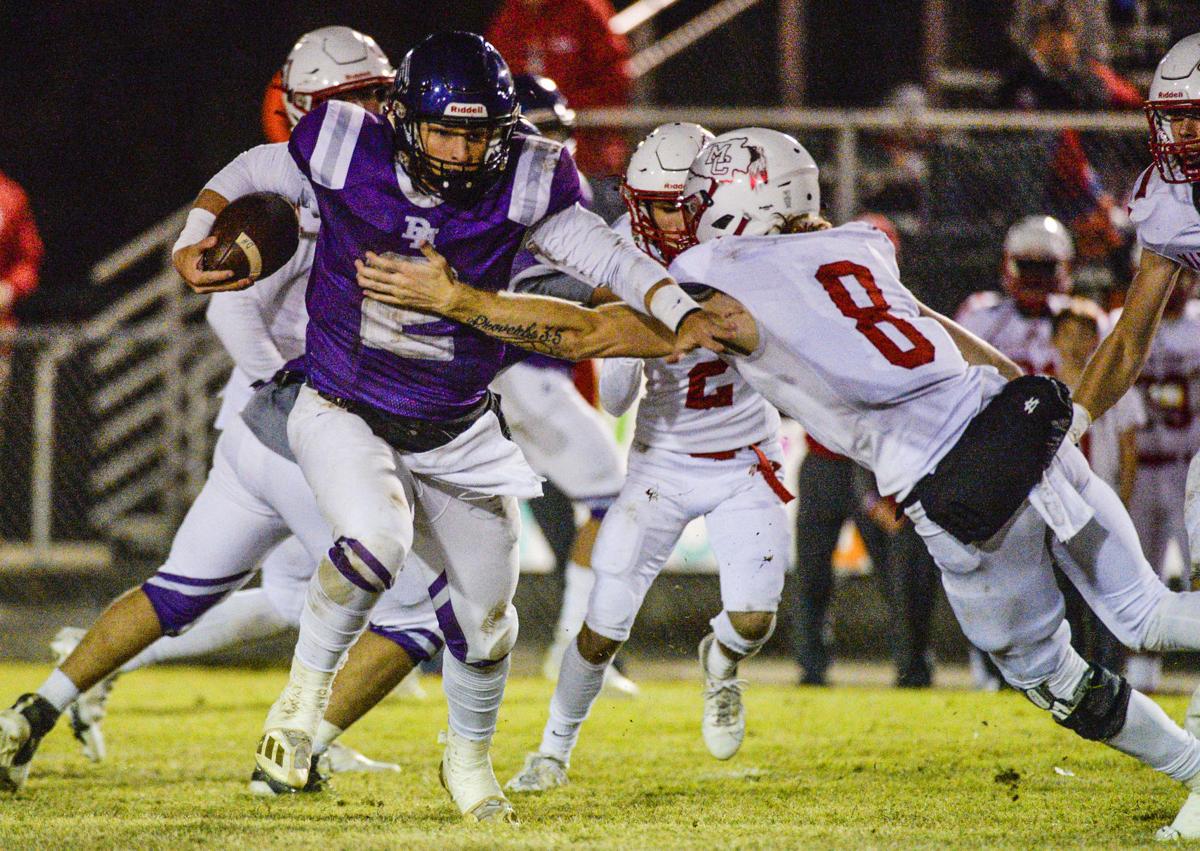 Decatur Heritage's Brayden Kyle was named Back of the Year on Thursday at the Mr. Football banquet in Montgomery. [JERONIMO NISA/DECATUR DAILY/FILE] 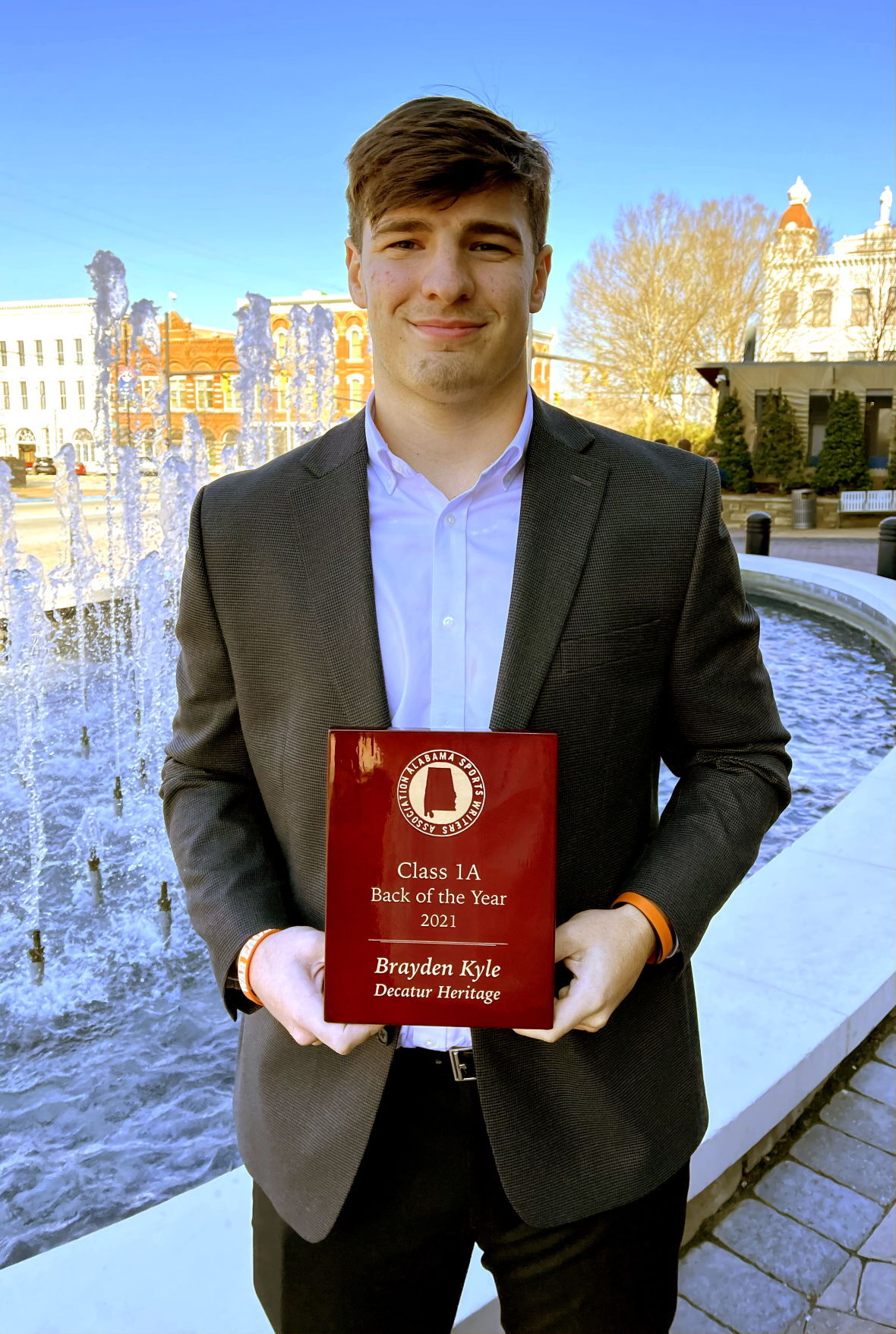 Decatur Heritage's Brayden Kyle was named Back of the Year on Thursday at the Mr. Football banquet in Montgomery. [JERONIMO NISA/DECATUR DAILY/FILE]

The final punctuation on the story of Brayden Kyle’s high school football career was made Thursday in Montgomery.

The Decatur Heritage quarterback was named the Class 1A Back of the Year for a second straight season.

Kyle received the honor at the Mr. Football banquet at the Montgomery Renaissance. He was chosen by a vote of members of the Alabama Sports Writers Association.

“This is another blessing to be thankful for,” Kyle said. “I’m glad to represent Decatur Heritage and the city of Decatur.”

Thompson receiver Ryan Peppins was named the state’s Mr. Football. The senior receiver helped his team win a third straight Class 7A championship this season. He was also the 7A back of the year, marking the fifth straight season that a Thompson player has won that award.

Decatur Heritage went 10-3 and advanced to the third round of the state playoffs.

Kyle’s talent for making big plays caught the attention each week of many football fans across the state. It really did after a 76-60 playoff win over Ragland where he accounted for 629 yards of total offense and a state record 11 touchdowns.

Next up for Kyle is determining where the start of his college career takes place. Recruiting has changed drastically in the last couple of years. One reason is because college players have received an extra season of eligibility due to COVID. Another reason is the NCAA transfer portal that allows players to move to another school without having to sit out a season to gain eligibility.

“Hopefully in the next few weeks I can figure out where I want to spend my next four years playing football,” Kyle said. “I have some schools I would like to visit. We’ll see what happens. I know God has a plan for me.”

Finding success as a college quarterback can be a struggle, but sometimes perseverance pays off. The country saw evidence of that Monday night when former walk-on Stetson Bennett led Georgia to the national championship.

“What he did is definitely inspiring,” Kyle said. “It shows that if you believe in yourself and put in the hard work that you can go win a national championship.”

Thursday’s honor for Kyle puts him in an illustrious group of football talent from Morgan County to have received honors associated with the Mr. Football award banquet. Austin’s Asa Martin was Mr. Football in 2017. Austin’s Deonte Brown was the 7A Lineman of the Year in 2015.

Kyle was named The Daily’s Class 1A-4A Player of the Year in December for a second consecutive season.

Backs of the year

Linemen of the year

(top players regardless of school’s classification)