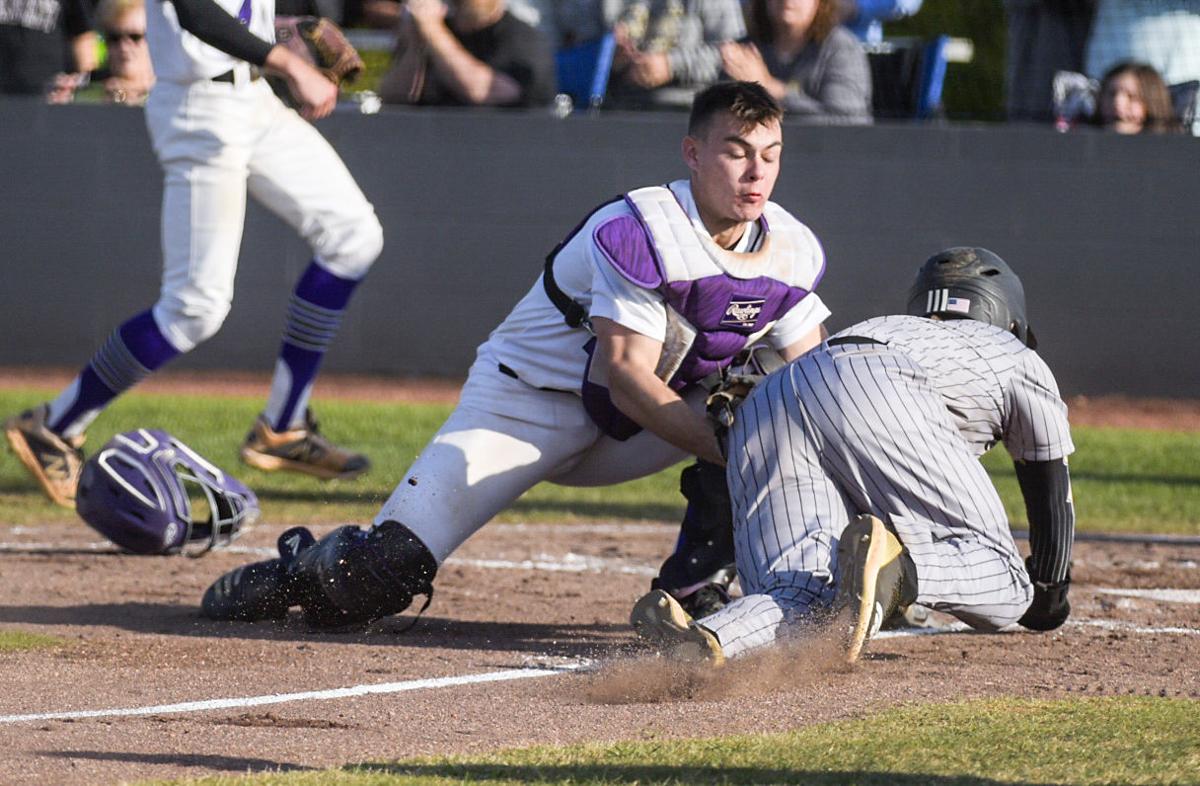 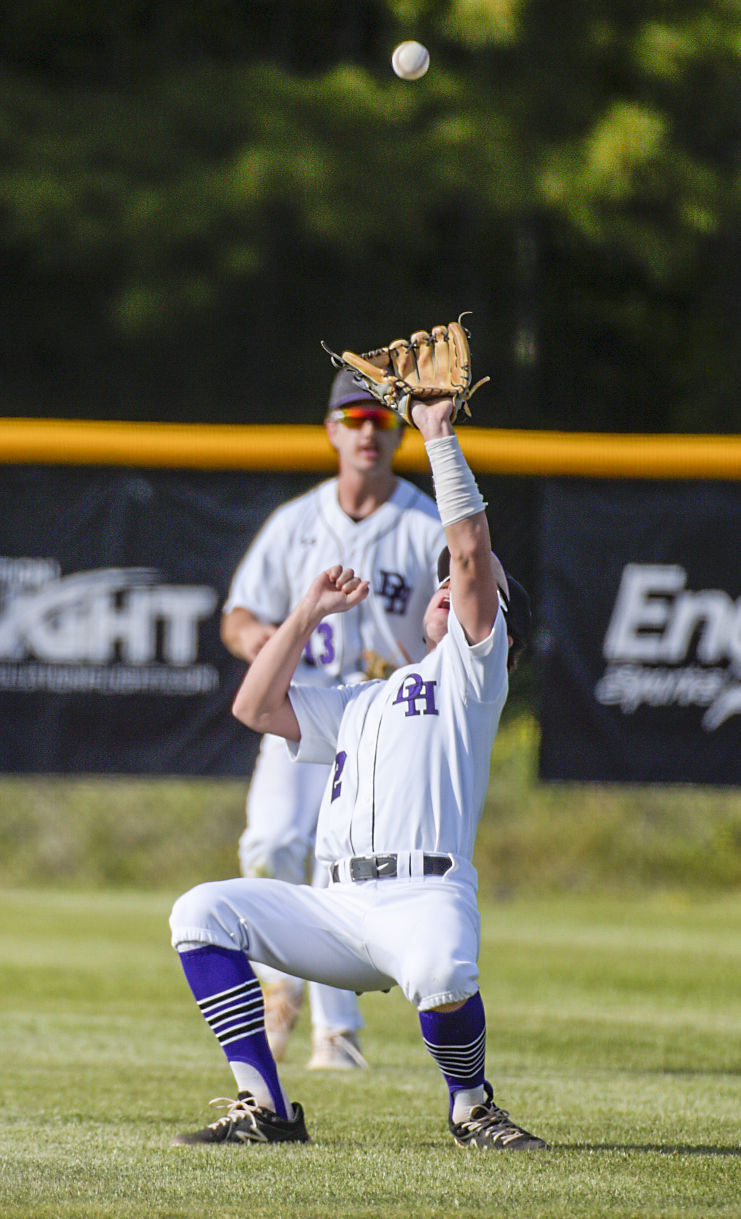 Decatur Heritage's Bo Solley makes a catch for an out during the first game of the doubleheader against Colbert County in Decatur on Friday. [JERONIMO NISA/DECATUR DAILY]

Decatur Heritage's Bo Solley makes a catch for an out during the first game of the doubleheader against Colbert County in Decatur on Friday. [JERONIMO NISA/DECATUR DAILY]

Decatur Heritage opened the new field in 2020, but there were no playoffs because of COVID. Friday was the first opportunity for playoff baseball at the facility.

With both teams being ranked, the matchup with Colbert County (28-10) was not a typical first-round pairing. The final state rankings had Decatur Heritage at No. 3 and Colbert County at No. 9.

“If you go far in the playoffs, you have to play some really good teams,” Decatur Heritage coach Steve Meek said. “I was glad we got to play a team like that tonight. Colbert County was a good test.”

Decatur Heritage never trailed in either game, but the Eagles, who have overwhelmed opponents with their offense all season, never could build a big lead.

After holding on to win Game 1, Decatur Heritage used a great performance from junior pitcher Cole O’Brien to clinch the series. He threw a complete game with just three hits, three walks and one hit batter in his seven innings.

Meanwhile, Decatur Heritage was held to one hit in the first from Smith, who drove in Tyler Founds with his single to left. Turns out that was all the offense the Eagles needed to wrap up the series.

Decatur Heritage advances to play at Southeastern in the second round starting at 1 p.m. Friday. Southeastern is located in Remlap.

The biggest double play occurred in the fourth inning with Decatur Heritage up 2-0. It may have been the biggest play of the day. Colbert County had one out and runners at second and third. Ethan Benford hit a ground ball past shortstop Bo Solley to score Clay Dolan.

When Solley retrieved the ground ball, he found baserunner Brody Risner racing home. Solley’s throw to catcher Maddux Terry cut Risner down at the plate. Terry then alertly threw to second where Smith tagged out a sliding Benford to end what could have been a big inning for Colbert County.

Decatur Heritage answered with three runs in the bottom of the inning to stretch the lead to 5-1.

Colbert County scored three in the fifth to trim the lead to 5-4, but would get no closer. The game ended with the tying run on first for Colbert County.

Heritage starting pitcher Tyler Founds got the win with six strikeouts. Smith pitched the seventh inning to get the save.

Decatur Heritage 3, Colbert County 0: O’Brien dominated the Indians, but he had a sticky situation to work through in the fourth inning. Colbert County had the bases loaded with two outs. A ground ball to third baseman Tyler Olive ended the threat.

“They are a really good hitting team, and I just tried to keep them off balance with my curve, slider and change-up,” O’Brien said. “Our defense made some really good plays for us in both games.”

Olive allowed the leadoff batter to reach base in just one inning.

“Cole has been pretty consistent for us all season,” Meek said. “He’s been just a little off lately, but he looked like his old self out there tonight.”

Would you consider adding solar panels to your home if it lowered your electric bill?