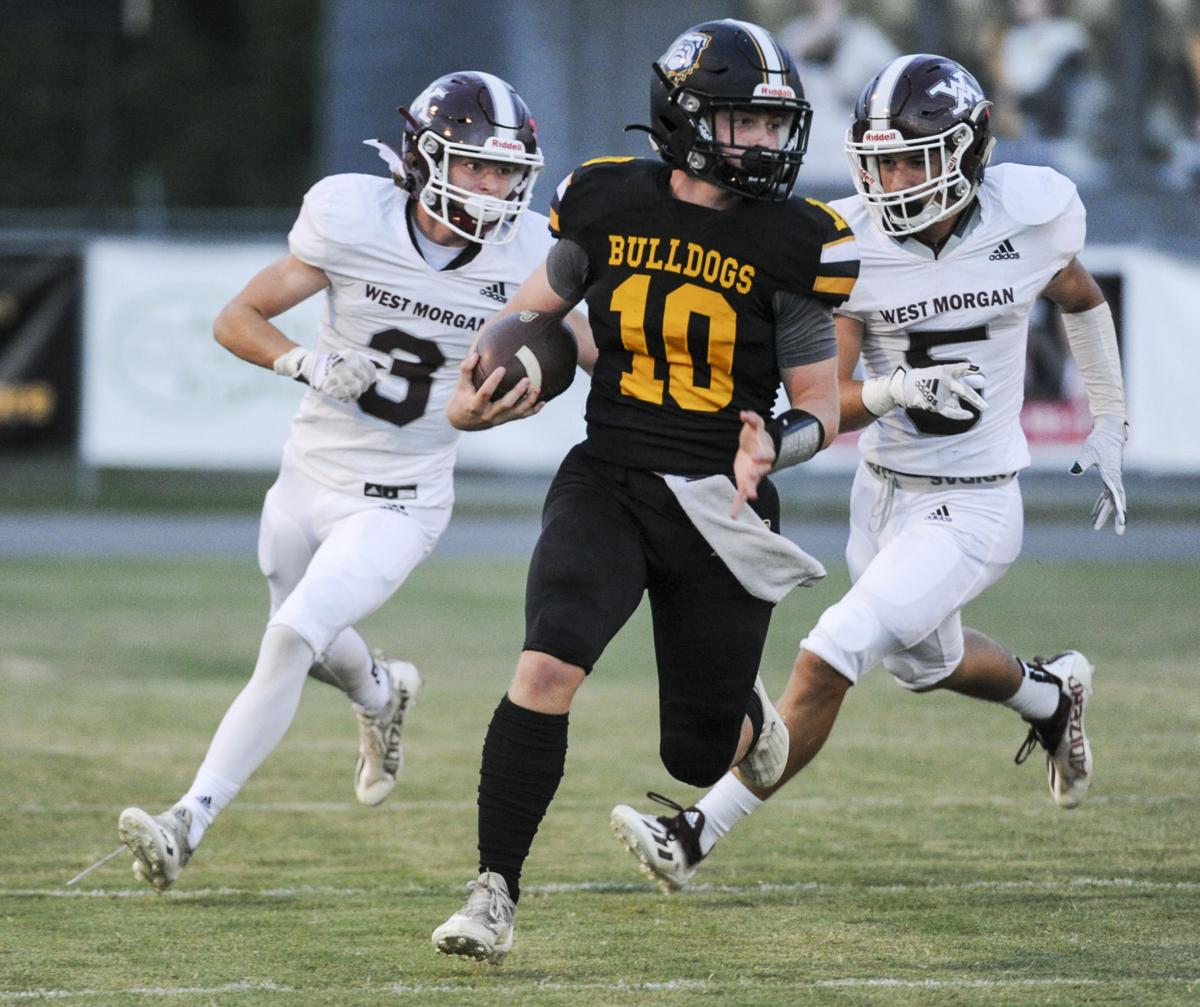 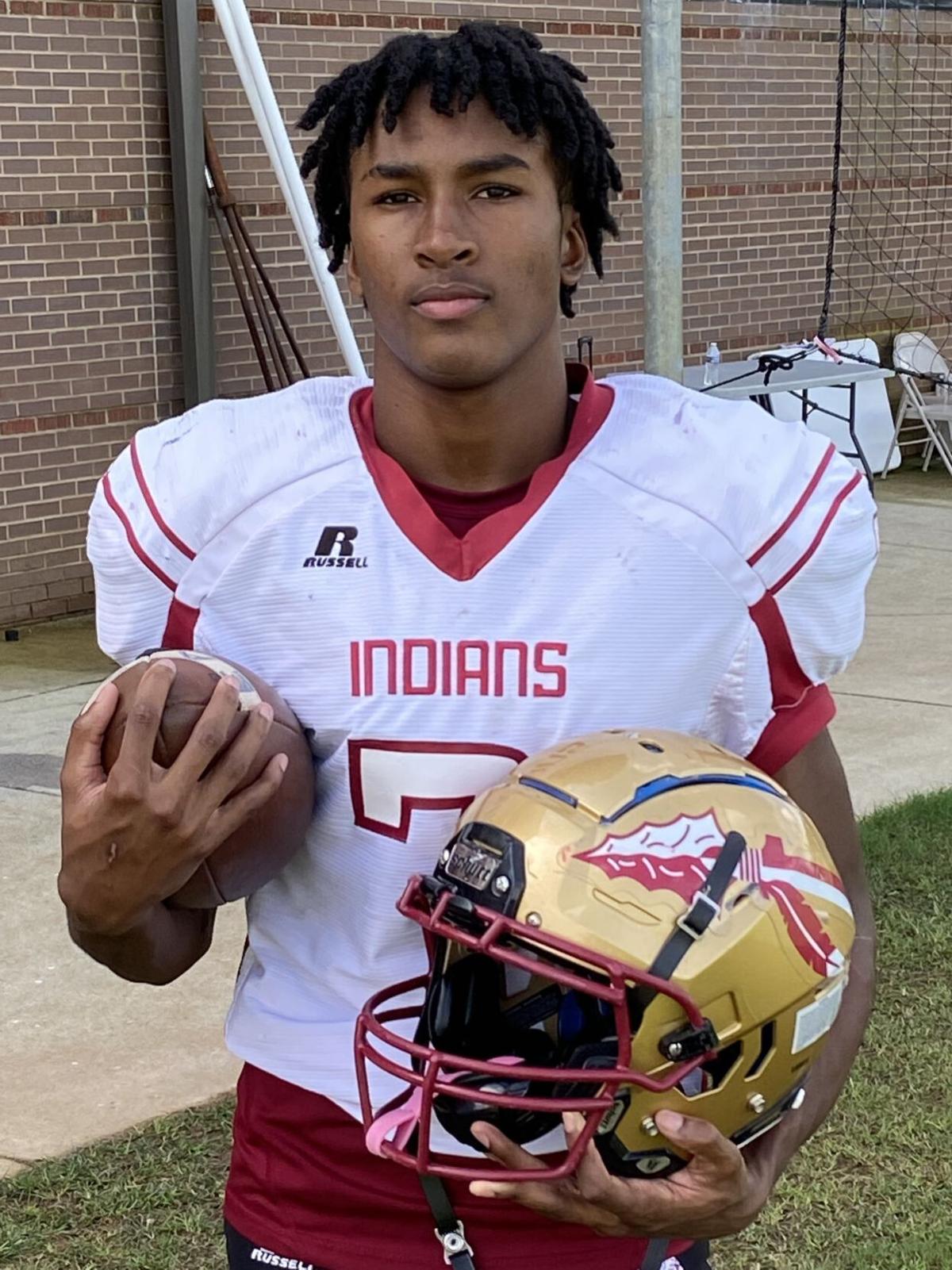 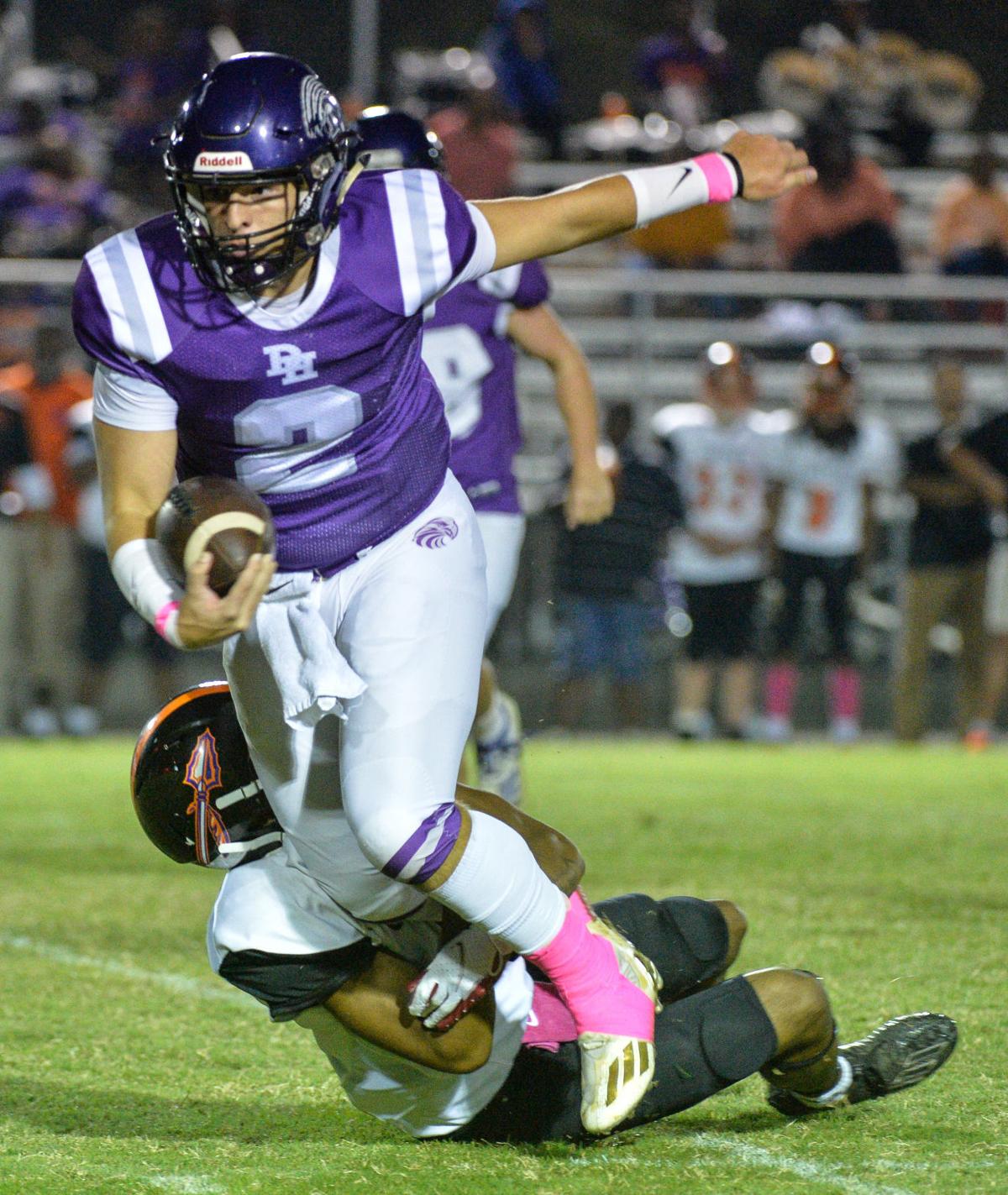 Football has often been described as the ultimate team sport.

It takes 11 players on the field working together to produce enough positive results to win a game.

Nothing in football denotes success more than scoring a touchdown. While it takes teamwork to produce a touchdown, only one person can get credit in the statistics.

Three area players stand out when it comes to getting six points this season. They are Mr. Touchdown for their teams.

Priceville running back Mason Cartee, Decatur Heritage quarterback Brayden Kyle and East Limestone’s Fortune Wheeler can change the lights on a scoreboard so fast that it looks more like a pinball game.

Not surprisingly the big individual numbers have translated into team success. Priceville (6-1, 4-1) is in second place in Class 4A, Region 8 and fighting to earn a home game for the first round of the playoffs. The Bulldogs visit Deshler (2-5, 2-3) tonight.

East Limestone (5-3, 5-0) hosts Russellville (6-1, 4-0) on Friday with the Class 5A, Region 8 championship at stake. The Indians are chasing their first region championship since 2014.

“I don’t know how fast he is, but I do know I have seen him get caught from behind just one time,” Priceville head coach Chris Foster said. “When he raced down the sideline in front of us, I was so sure he was going to score that I turned away. Our coaches in the booth had to tell me that he didn’t quite make it.”

Priceville’s offense is built around a physical running game. The Bulldogs rarely throw the ball. Opponents know what they are going to do, but stopping them is not easy. It’s a perfect fit for the 5-11, 176 pound Cartee.

“I couldn’t do what I do without my teammates,” Cartee said. “They’ve always been there for me.”

On Oct. 1 vs. Rogers, Cartee scored five touchdowns again with 254 yards rushing. In a big region win over Central last Friday, Cartee found the end zone four more times on 198 yards rushing on 25 carries. He set the tone for the game with a 55-yard touchdown run on the first play of the game.

“Mason has really good vision when he’s got the ball,” Foster said. “He has a knack for knowing when he needs to cut back.

“This year he’s added more of a power element to his game. I’ve told him that anyone can go to the hole the line opens up. It’s his job to get through the hole and break free for more yardage. The stronger you are the easier it is to keep moving.”

When you are the Class 1A first-team All-State quarterback as a junior, expectations are pretty high for your senior season. Kyle has not disappointed.

“I’ve worked really hard on improving my footwork,” Kyle said. “I want more consistency throwing the football. Sometimes it’s easy to get away from the proper mechanics.”

It’s important to remember that in four blowout wins in region games, Kyle played only in the first half.

“We’ve worked on improving our running game,” Decatur Heritage head coach Steve Meek said. “When we get in the playoffs, teams will try to take away our passing game. If we can be successful running the ball, they will have to pick their poison between the passing game and the running game.”

Kyle’s dream is to play college football. Where this dream takes him is still undecided. Three schools that have made offers are Birmingham-Southern, Stetson and Iowa Wesleyan.

“I know God has a plan for me and that it will all work out,” Kyle said.

The East Limestone running back has drawn a lot of attention for what he’s done this season. His name is also an attention grabber. It doesn’t have anything to do with the TV game show “Wheel of Fortune.” His full name is George William Fortune Wheeler.

A second son never came along, but the junior’s exploits on the football field seems to be taking care of the fame part of the equation.

After East Limestone opened the season with losses to Rogers and Mars Hill, the Indians have turned it around with five wins in their last six games. Wheeler has had a huge role in the success.

After three straight wins, East faced rival West Limestone in a non-region game. Wheeler set his single-game touchdown record with four in a 31-28 loss. He scored on runs of 80, 23, 1 and 5 yards and ended the night with 239 yards on 30 carries.

“I don’t know what we would do without him,” East Limestone head coach Jeff Pugh said. “He’s really saved our season.”

Wheeler also contributes on the other side of the ball as a starting linebacker. That’s a lot of work for the 5-foot-11, 165-pound Wheeler.

“We play physical football at East Limestone, and I love it,” Wheeler said. “I don’t know any other way to play the game."

Highlights: Threw for 5 TDs and ran for 2 with 311 total yards vs. Woodville.