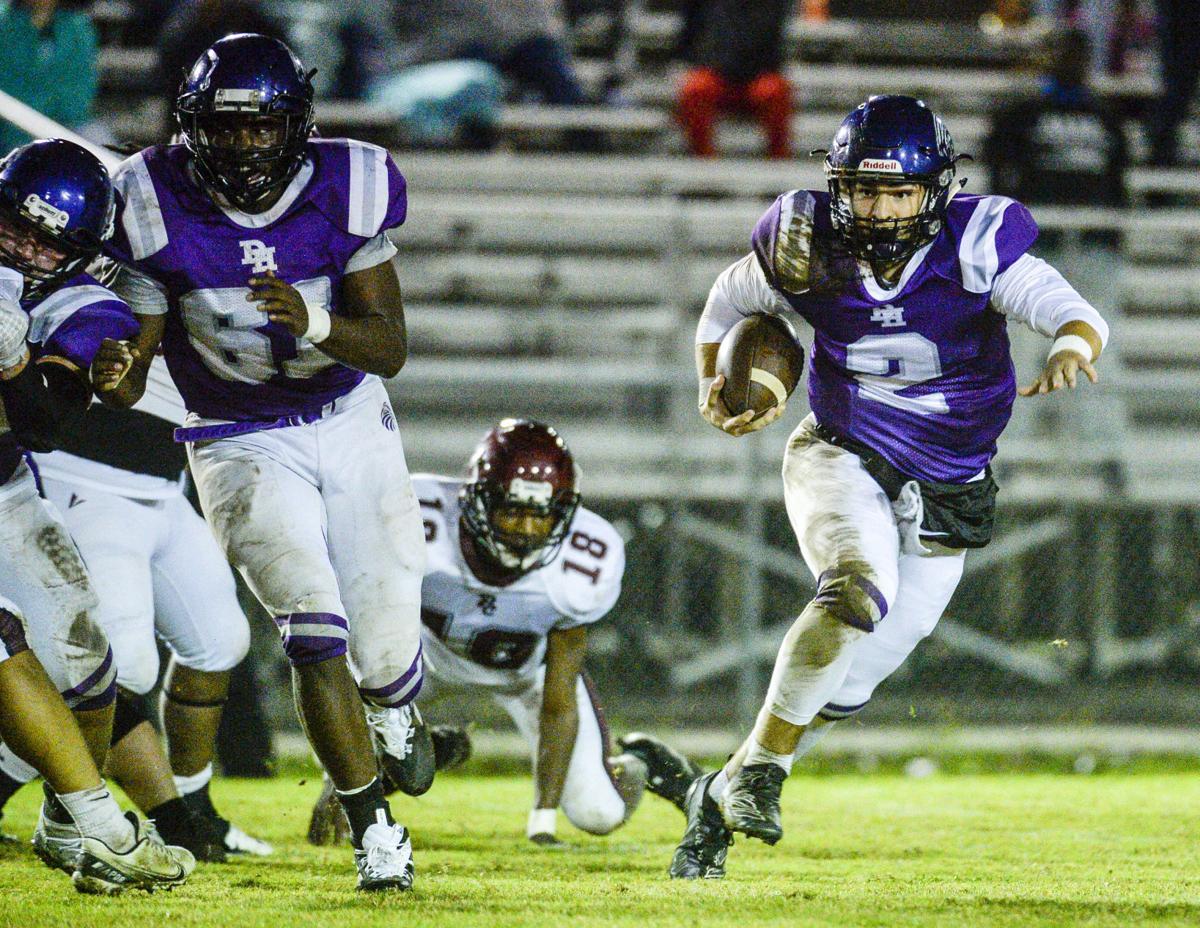 The Decatur Eagles return Class 1A first-team All-State quarterback Brayden Kyle (2), who threw for 34 touchdowns and ran for 19 more in his junior season. [JERONIMO NISA/DECATUR DAILY] 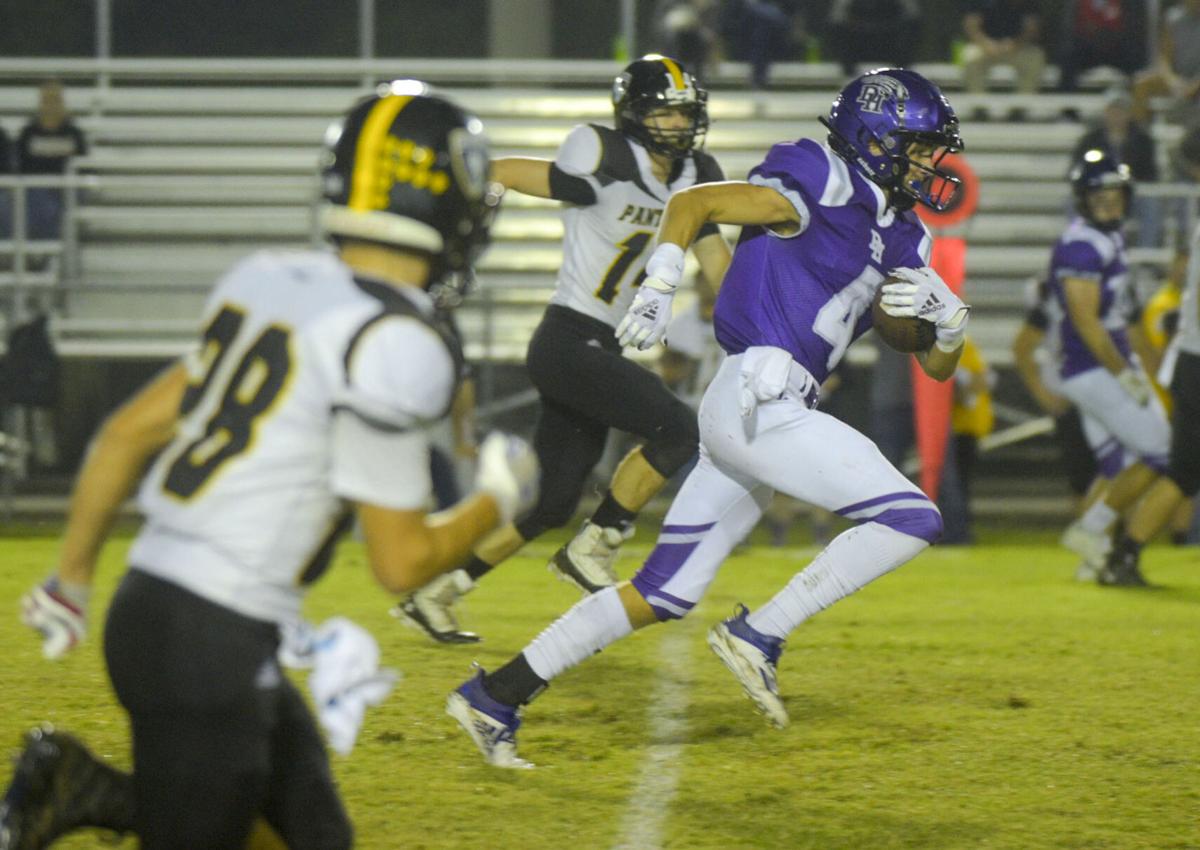 Tyler Founds (4) has been a star in the defensive backfield for Decatur Heritage. This year he’s expected to also have a greater role on offense. [JERONIMO NISA/DECATUR DAILY]

The Decatur Eagles return Class 1A first-team All-State quarterback Brayden Kyle (2), who threw for 34 touchdowns and ran for 19 more in his junior season. [JERONIMO NISA/DECATUR DAILY]

Tyler Founds (4) has been a star in the defensive backfield for Decatur Heritage. This year he’s expected to also have a greater role on offense. [JERONIMO NISA/DECATUR DAILY]

Johnny Cash had a song in 1996 called “I’ve Been Everywhere.”

Several lines in that song that have been recorded by many different singers include a list of places the song’s writer had been, including everywhere in between. It’s a catchy little tune that has even been used in a commercial by a hotel chain.

Decatur Heritage quarterback Brayden Kyle and defensive back Tyler Founds could add verses to a version of the song. This summer the two seniors have traveled far and wide, including everywhere in between, in hopes of realizing their dreams of playing college football. They both hit the college football camp circuit.

In addition to colleges in the state, Kyle has traveled as far as Florida, Virginia, Kentucky and Indiana. Along with visiting several state schools, Founds found his way to New Jersey and Connecticut.

“I’ve been to so many schools that I’m not sure I can remember them all,” Kyle said. “It has been fun to go see the schools and meet the coaches.

“Liberty (University in Virginia) was a fun visit. They have some great facilities. It was fun to spend time with Hugh Freeze at Liberty and Gus Malzahn at Central Florida.”

College football recruiting is not immune to the COVID pandemic. It kept college coaches from visiting high schools and recruits from attending camps on college campuses. Now, colleges and recruits are trying to play catch up.

In normal years, college coaches rely on summer camps to bring recruits to their campuses. A lot of these camps are open to the public to attend at a price. The result is often a camp with players the school is seriously recruiting and players paying for the experience of being at a college camp.

Kyle, who was the Class 1A Player of the Year in Alabama after throwing for 34 touchdowns and running for 19, posted on Twitter in May a list of 17 camps he planned to attend in June and July. The list included SEC schools Auburn, Kentucky, Ole Miss and Florida.

The first camp on the list was at Mercer University in Macon, Georgia, on June 1. Both Kyle and Founds attended what was a mega camp with over 100 coaches representing many colleges from around the country.

“They had four two-hour sessions with 300 players in each session,” Founds said. “When camps are that big, it’s difficult to get noticed. That’s why I went to camps where I was invited by a coach.”

Most summer camps are not that big, but even at smaller camps the experience can be eye-opening when some campers get more attention than others.

“You can tell when the coaches are focused on certain players,” Kyle said. “There were times when I was at a camp and wondered if maybe I wasn’t wasting my time there.”

“The coaches at Troy have been recruiting me the last year,” Founds said. “They want to offer me a scholarship, but because they have all but one defensive back returning after this season, they have offered me as a preferred walk-on. They want to wait and see if maybe another scholarship opens up.”

Another wrinkle on the recruiting landscape is the transfer portal that allows players to move to another school one time without having to sit out a year. Instead of recruiting a high school player to fill a need a year later, colleges can find players ready to transfer and fill a need instantly.

“Middle Tennessee talked to me about coming up there, but they just brought in a defensive back this summer with the transfer portal,” Founds said. “That will limit the number of defensive backs they can sign.”

Kyle made an impression at Middle Tennessee and the Blue Raiders’ coaches are staying in contact. Another school he liked was Indiana Wesleyan, a NAIA school.

“It’s a NAIA school with NCAA facilities,” Kyle said. “It’s an amazing place. The culture is faith based and that’s important to me. I would love to play there, but it is seven hours from home.”

Founds’ ride on the recruiting circuit carried him to Ivy League schools Yale and Princeton.

“Just to visit that part of the country and visit those campuses was a lot of fun,” Founds said. “The coaches said they plan to stay in touch. So we’ll see what happens.”

This week it’s time for Kyle and Founds to turn 100 percent of their attention to their final season at Decatur Heritage. After advancing to the second round of the state playoffs last season, the plan is for bigger and better things to happen this season.

Kyle has worked this summer on his footwork and being more consistent with his throwing motion. Founds’ goal is to just stay healthy this season. Both his sophomore and junior seasons were cut short by injuries. This season will find him more involved on offense as a receiver.

“We have a big senior class with a lot of experienced guys coming back,” Founds said. “Our goal is to make this a special season to remember.”

Austin, Decatur Heritage, Falkville and West Limestone are all ranked in the high school foo…

Should the SEC require member schools to schedule all non-conference games with Power 5 conferences?