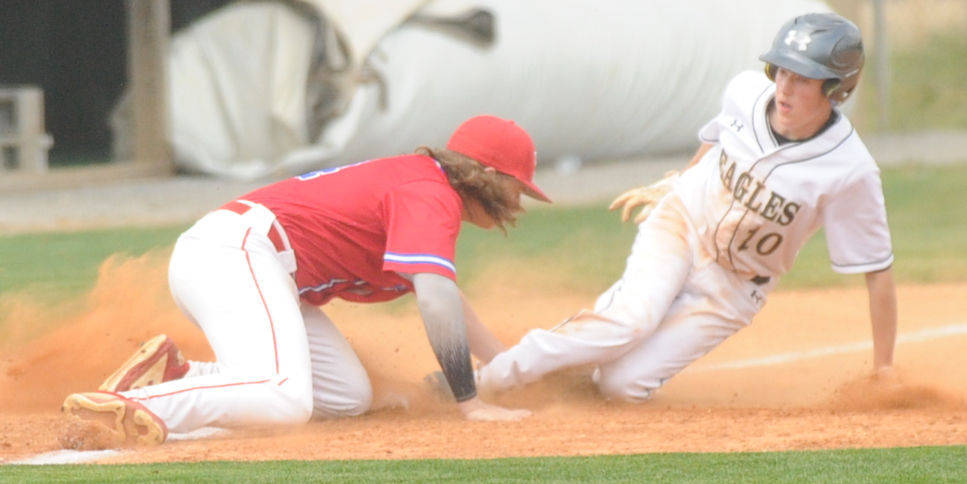 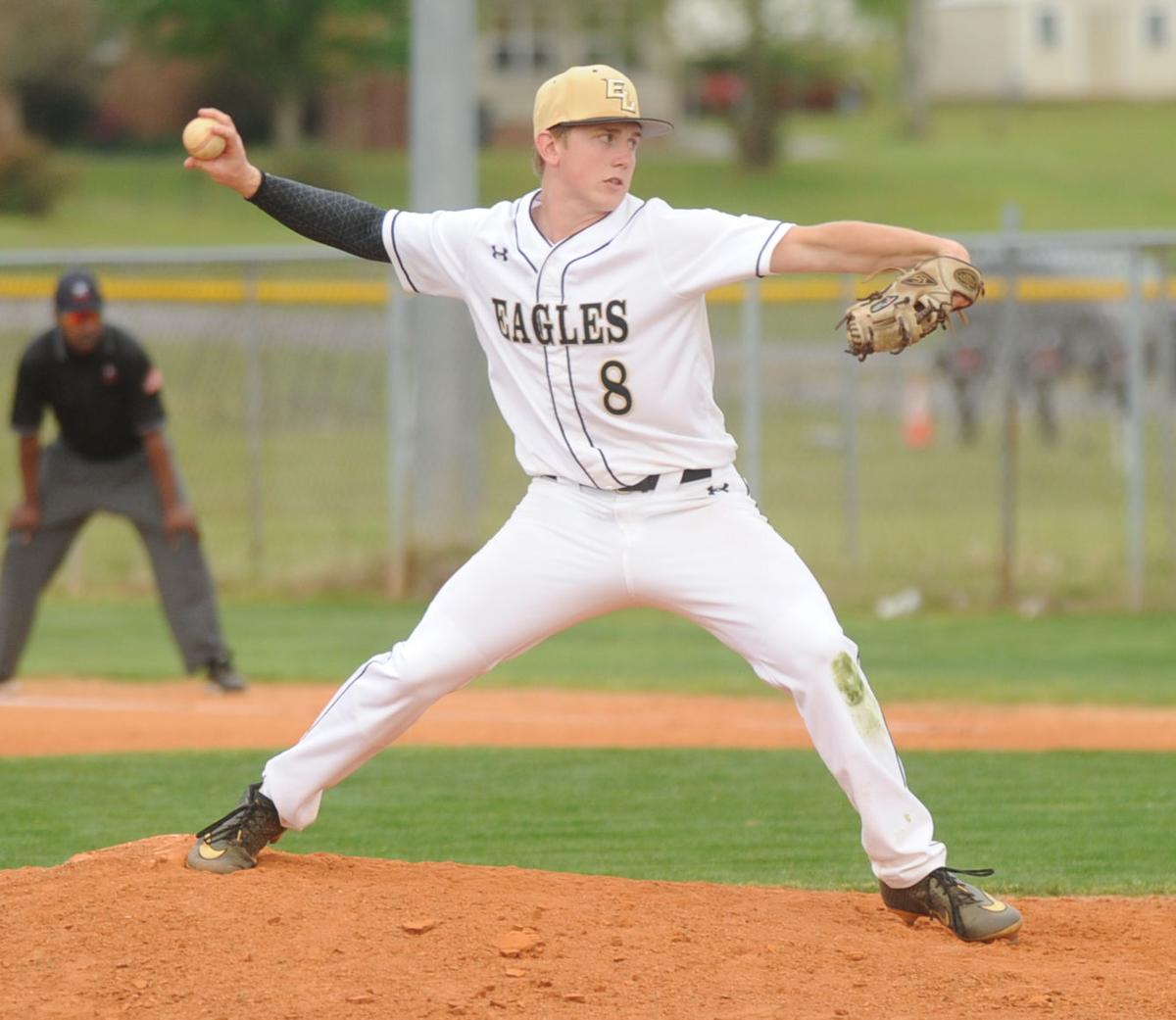 Neal Blaxton pitches for East Lawrence on Wednesday. Blaxton allowed just one hit and no runs in a close out the win against Vinemont. [CALEB SUGGS/DECATUR DAILY]

Neal Blaxton pitches for East Lawrence on Wednesday. Blaxton allowed just one hit and no runs in a close out the win against Vinemont. [CALEB SUGGS/DECATUR DAILY]

A day after coming from behind 6-1 to defeat Vinemont 14-10, East Lawrence picked up another win over Vinemont 11-6, earning a series win over the Eagles 2-1.

“We did what we had to do,” said East Lawrence head coach Zach Standridge. “We would’ve like to win that first game today. The ball just didn’t bounce our way, but I was really proud of the way our kids came back, won the second game and won the series.”

East Lawrence jumped on Vinemont early, building a 10-3 lead by the end of the third inning. Vinemont rallied, trimming the lead to 10-6, but ran into a brick wall when Neal Blaxton came in to pitch.

“We felt like we had a deeper pitching staff than them, so yesterday we purposely didn’t burn guys, Neal included, so we would have them today,” said Standridge. “I was really proud of the way he came in and pounded the zone. They were starting to rally, and he shut the door on them.”

Blaxton finished with just one hit surrendered and no runs in 2 1/2 innings.

“It felt good coming out there and finishing the way. My arm was feeling really good,” Blaxton said. “Coach told me he wanted to save me for today, so them having that confidence in me meant a lot.”

Levi Barnes led the team with two hits and two RBIs. The Eagles were also sound on defense, continually making all the routine plays, something Standridge feels bodes well for the future.

“The teams that make it into the second and third rounds of the playoffs are the ones that can make the routine plays,” he said. “Our pitchers threw strikes, our outfield grabbed some tough balls and our infield turned some double plays. Those are the plays you have to make to get into the playoffs.”

East Lawrence will face Danville next week. A series sweep over the Hawks, plus a Phil Campbell sweep over Vinemont will send the Eagles to the playoffs, as they hold the tiebreaker over Vinemont.

“We’re a good baseball team, and I think our kids are realizing that,” Standridge said. “If we do the things we need to do and have confidence in ourselves, we’ll go win two games over Danville.”

Vinemont 2, East Lawrence 1: The Eagles had the tying run nullified in the first game of the doubleheader Wednesday. Vinemont took their first lead in the top of the eighth inning. East Lawrence seemingly tied the game up, but interference was called at second base causing the third out and a loss.

Zach Shelton and Zach Lemay both had two hits to lead the Eagles. Lane Smith allowed six hits and two runs in seven innings on the mound.