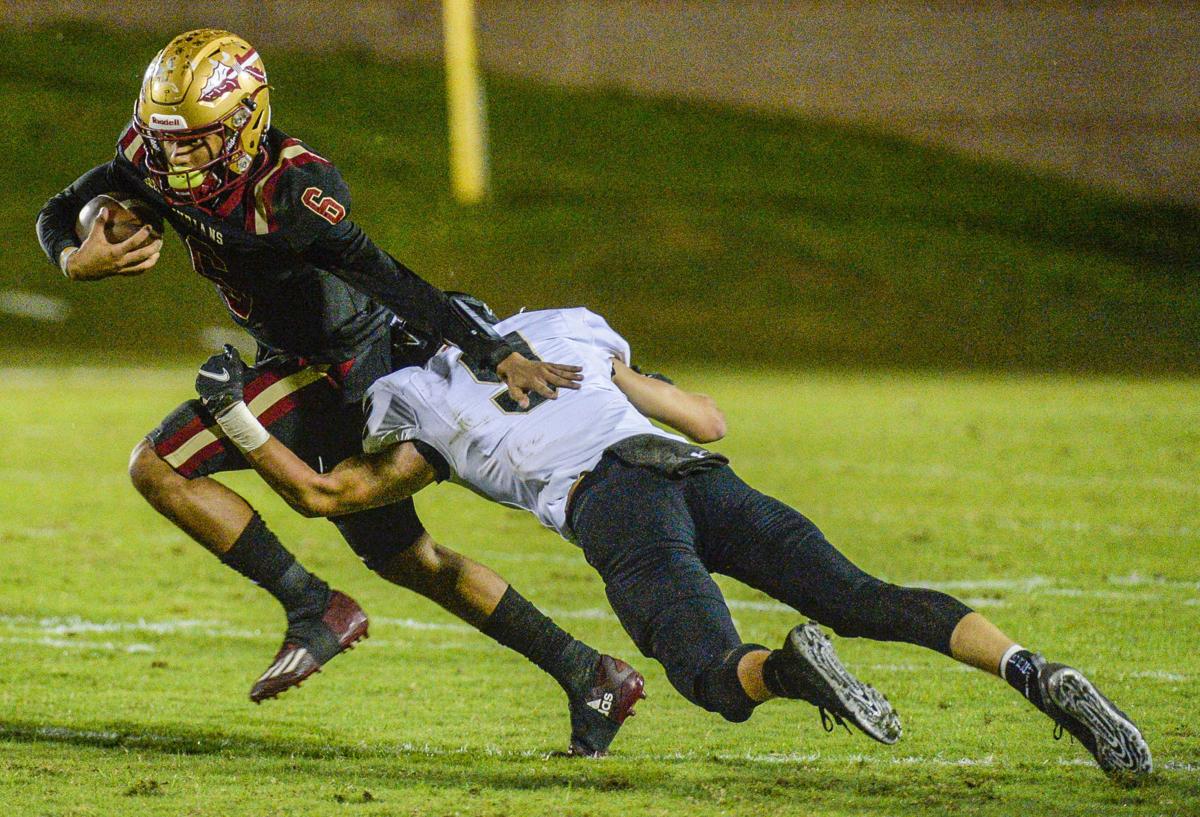 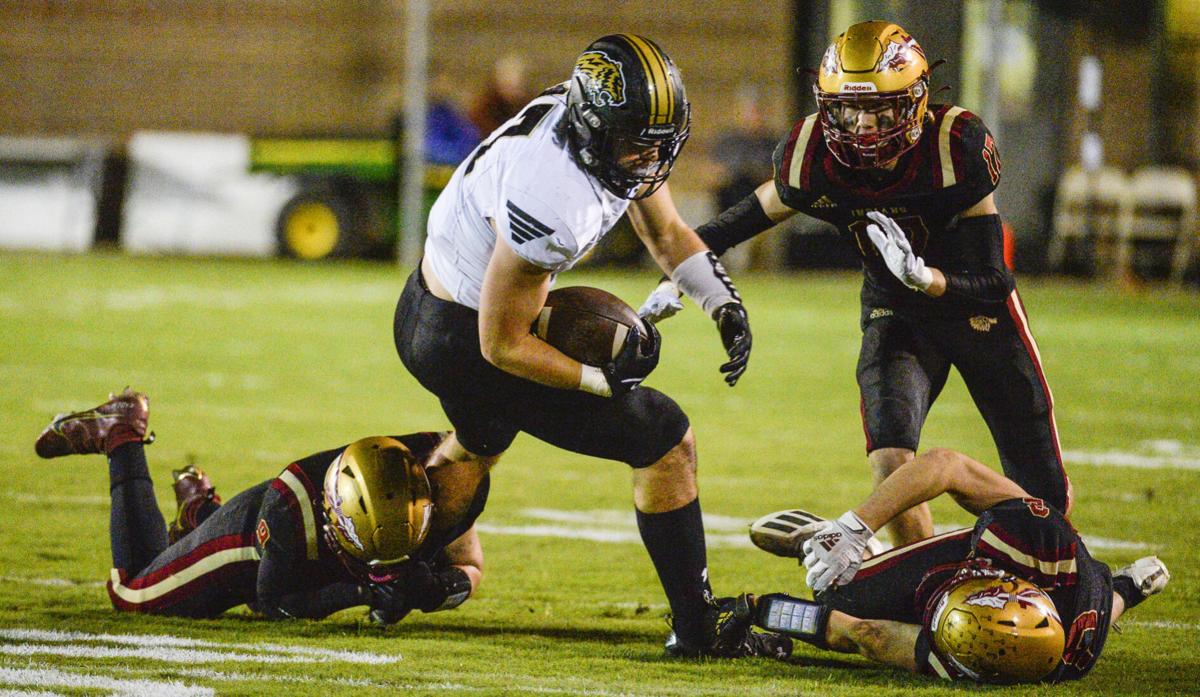 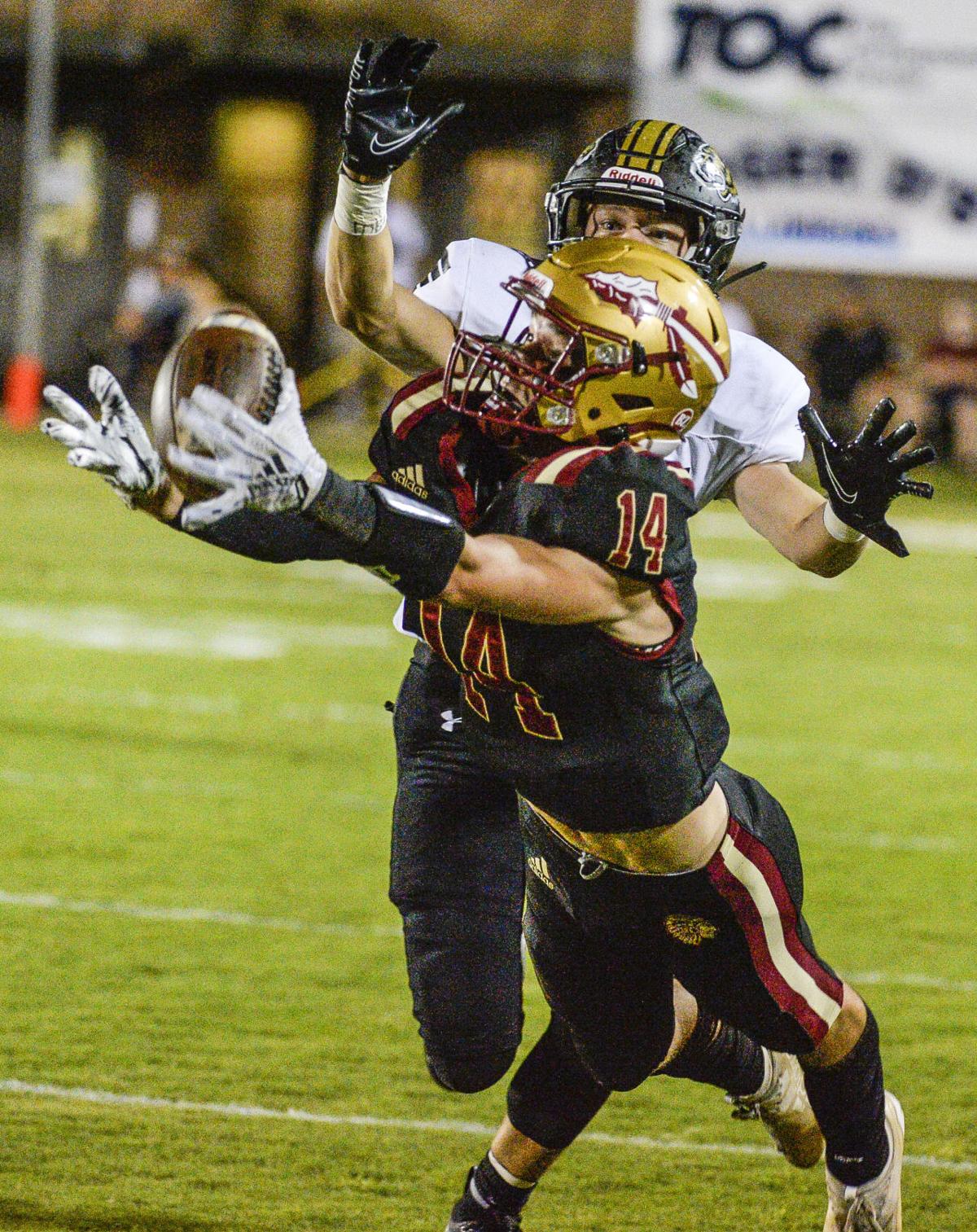 East Limestone’s Barrett Brown grabs a pass for a first down against Russellville during the game at East Limestone High School on Friday. [JERONIMO NISA/DECATUR DAILY] 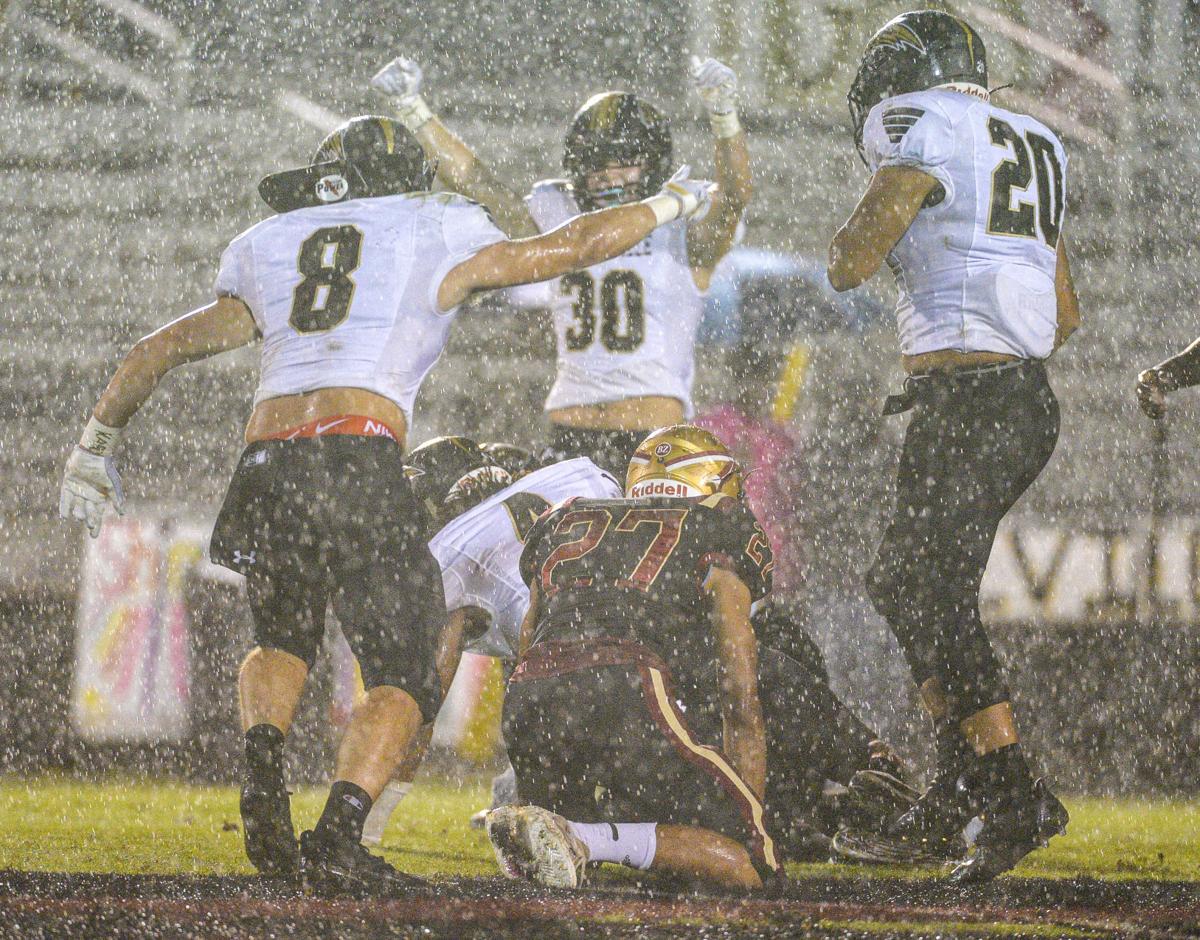 East Limestone’s Barrett Brown grabs a pass for a first down against Russellville during the game at East Limestone High School on Friday. [JERONIMO NISA/DECATUR DAILY]

CAPSHAW — The weather was miserable for Friday night’s Class 5A, Region 8 showdown between Russellville and East Limestone. From an East Limestone perspective, though, the actual game brought more misery.

Russellville quickly turned the region championship game into a blowout and eventually cruised to a 42-0 victory in a driving rain at East Limestone.

“That’s a good football team, but there’s no way they are 42 points better than you,” was the message that Pugh sent his team.

On this night, the Golden Tigers were that much better, partly because they had no trouble running the football and the Indians couldn’t get their ground game moving. Russellville running back Conner Warhurst gained 219 yards on 17 carries with three touchdowns, and fellow running back Airreon McCulloch had 110 rushing yards with two more scores. East Limestone standout running back Fortune Wheeler, who has had success in every game thus far, found little room to run and only managed 25 yards on 10 carries.

East Limestone’s opening drive was perhaps its best drive of the night. Quarterback Gage Hill threw a pretty 37-yard strike to Barrett Brown on second-and-long and converted a third-and-10 on a 13-yard connection with Brown. However, the drive ended with an interception by Russellville’s Gavin Slay.

On the following play, Warhurst opened the scoring with a 52-yard scoring burst. He scored about the same time that the heavy rain began and Russellville forced and recovered a fumble at the East Limestone 43-yard line on the ensuing kickoff. Warhurst ended the ensuing scoring drive with a 22-yard touchdown run.

The heavy rain continued throughout the remainder of the first half, but it didn’t keep Russellville from adding some more big plays. Warhurst’s third scoring run of the night came on a 49-yard run. Russellville closed the first half scoring on a 69-yard touchdown pass from Gabriel Amick to Randall Johnson.

The rain stopped during most of halftime and early in the second half. It returned about the time that McCulloch raced 64 yards for a score to give Russellville a 35-0 advantage with 8:52 left in the third quarter. The Golden Tigers' final score came on a 14-yard run by McCulloch with 11:51 remaining in the game. All that was left after that was for the Russellville defense to complete its fourth consecutive region shutout. The Golden Tigers haven’t allowed any points in region games since beating Mae Jemison, 44-10, on Sept. 3.

Russellville moves to 7-1 overall and 5-0 in region play. The Golden Tigers will close region play next week against Lee-Huntsville. East Limestone (5-4 overall, 5-1 Region 8) finished region play and will take the No. 2 seed from Region 8 into the playoffs. The Indians play their final regular-season game next week against Sylvania.