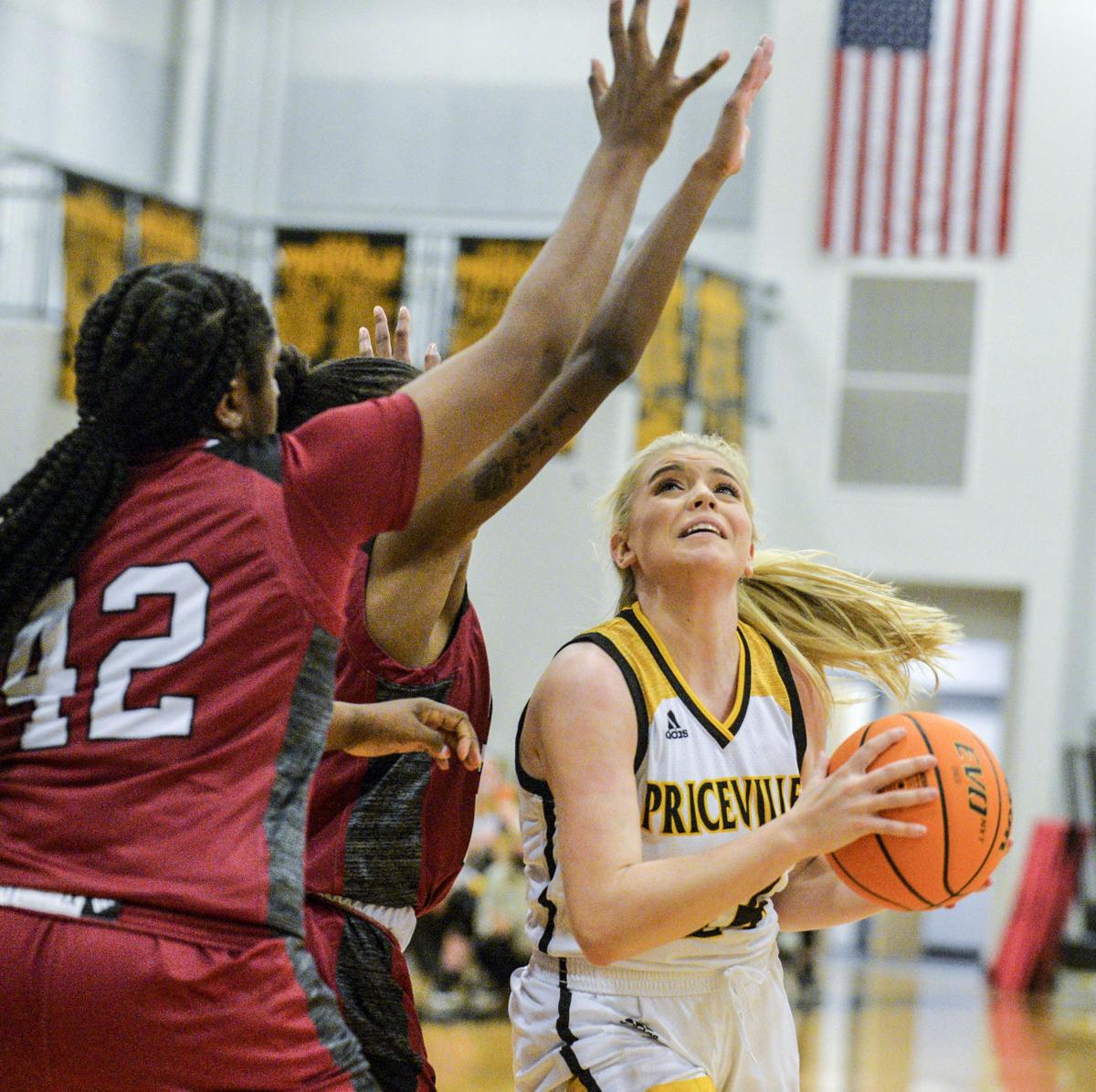 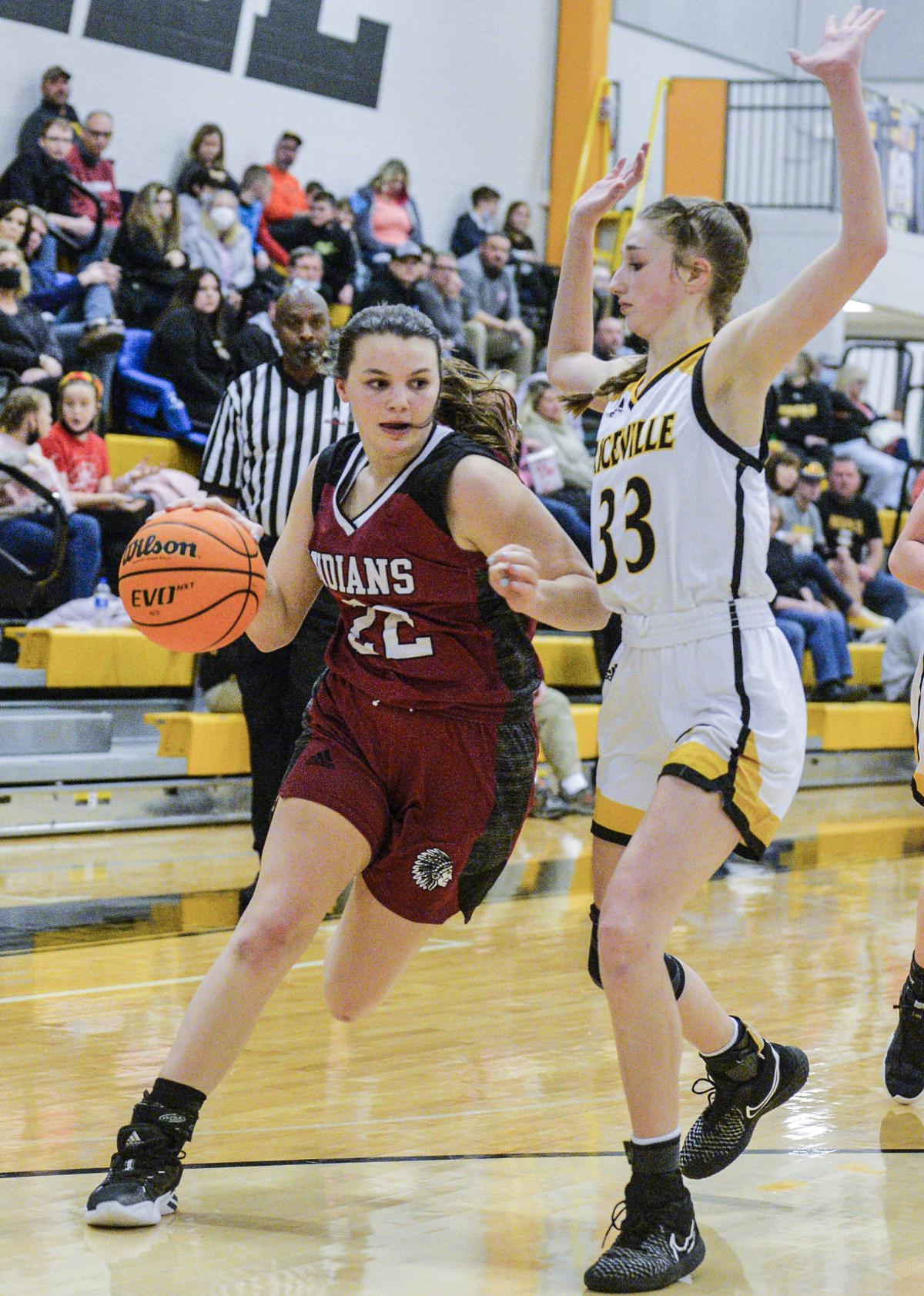 East Limestone's Bryanna Johnson (22) drives to the basket as Priceville's Zoey Benson (33) defends during the game in Priceville on Friday. [JERONIMO NISA/DECATUR DAILY]

East Limestone's Bryanna Johnson (22) drives to the basket as Priceville's Zoey Benson (33) defends during the game in Priceville on Friday. [JERONIMO NISA/DECATUR DAILY]

Jenna Walker finished with 22 points, four assists, two rebounds and a steal as Class 4A No. 2 Priceville beat East Limestone 60-48 on Friday.

Abigail Garrison added 12 points, five rebounds and one assist for the Bulldogs (20-7). Zoey Benson had nine points, seven rebounds, three steals, one assist and one block.

Priceville led 27-15 at halftime and maintained the advantage in the second half.

The Bulldogs will play at Hartselle on Monday at 6 p.m.

Sara Puckett led all scorers with 29 points for Muscle Shoals.

Reagan Lowery finished with 11 points for the Patriots.

Elkmont 59, East Lawrence 37: Emeril Hand and Maggie Gant each had 12 points to lead Elkmont on Thursday.

Tylee Thomas chipped in with 11 points for the Red Devils.

Elkmont led 35-14 at halftime and hit 11 3 pointers for the game, including eight in the first quarter.