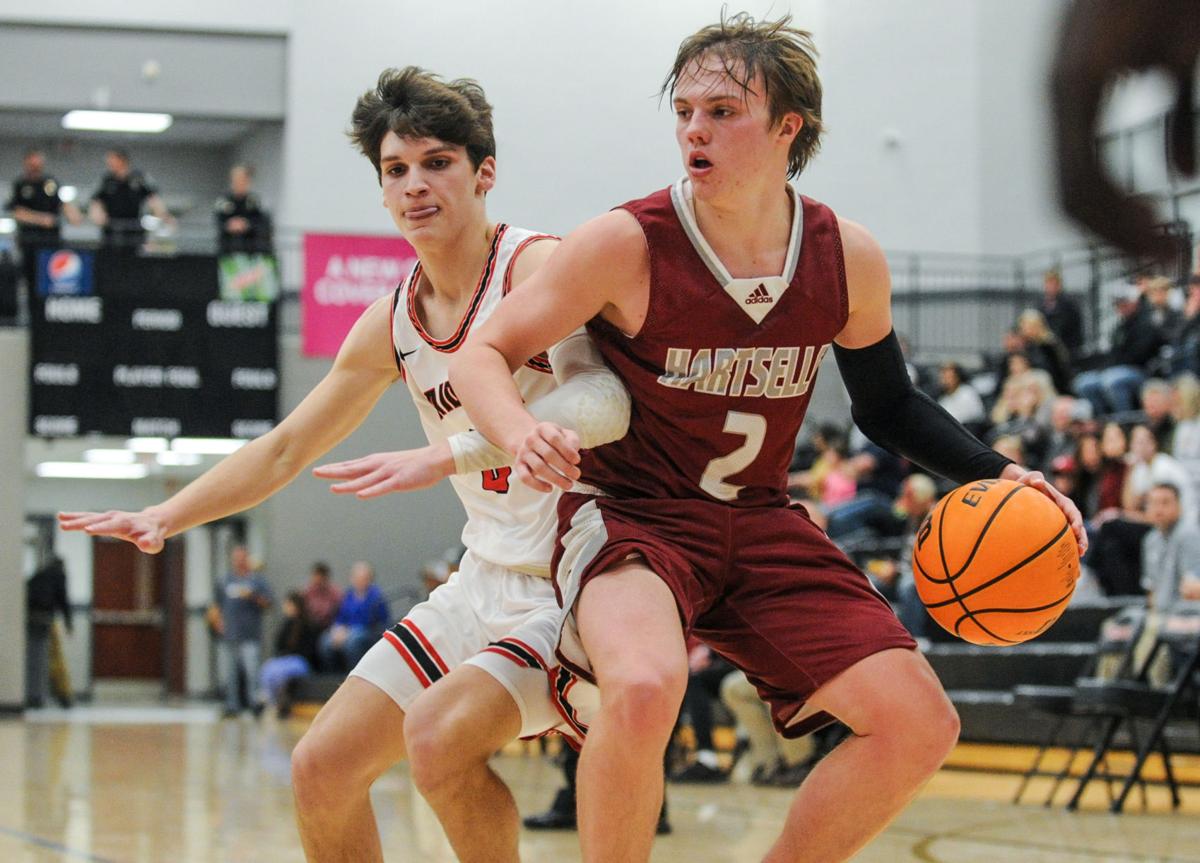 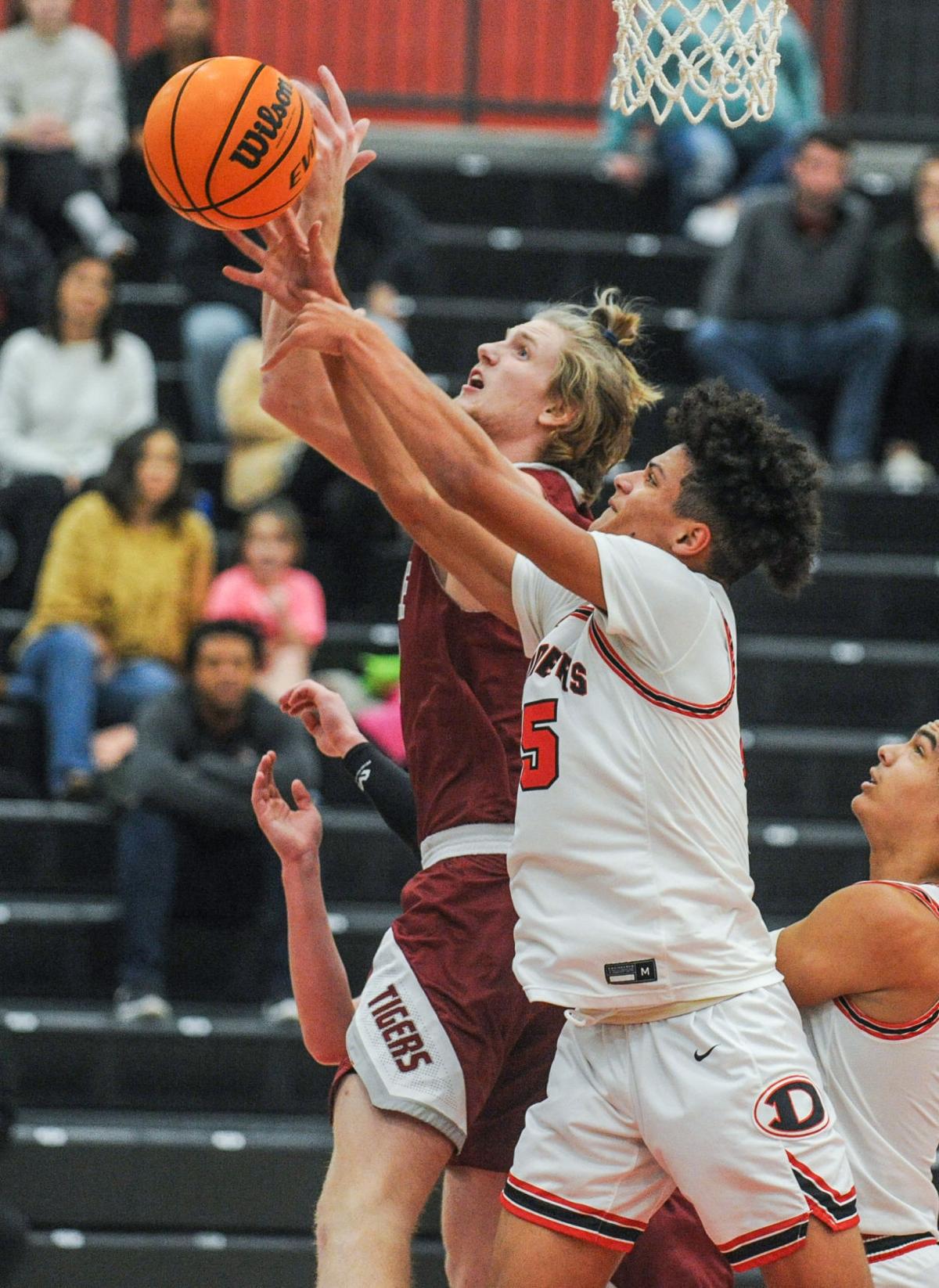 Hartselle's Treyce Oden and Decatur's Devin Walker battle for a rebound during the game in Decatur on Tuesday. [JERONIMO NISA/DECATUR DAILY]

Hartselle's Treyce Oden and Decatur's Devin Walker battle for a rebound during the game in Decatur on Tuesday. [JERONIMO NISA/DECATUR DAILY]

How about a win on the road against one of your biggest rivals?

That’s what Hartselle did Tuesday night. The Tigers visited Decatur and left with a 64-48 victory in the Class 6A, Area 14 opener for both teams.

“We’ve been really playing well the last 10 or 11 games,” Hartselle coach Faron Key said. “Seems like every game we have somebody step up. Tonight was no different.”

This time it was Ryan Dunn and Kohl Key leading the Tigers. Dunn scored 17 points and Key had 15.

Hartselle never trailed against Decatur after opening with the first five points of the game. The Tigers opened the second quarter with a 9-0 run to stretch the lead to 24-14 at halftime.

The lead got to as many as 12 in the third quarter and it was 38-27 heading into the final quarter.

That’s when Decatur made a move. The Red Raiders opened with five quick points, including a 3-point basket from Ellis Dickman, to trim the deficit to 38-32 with 7:30 left to play.

It looked like a fantastic finish was brewing, but things went a little sideways thanks to some spoken words and maybe a little over aggressive play. There were two technical fouls called on Decatur and one on Hartselle. Several intentional fouls were also called.

The quarter turned into a free throw contest with Hartselle hitting 16 of 19 and Decatur six of nine.

“I love Decatur’s competitiveness. I really do,” Key said. “Things just got a little out of control on both sides.”

The Tigers are back in area play Friday when they host Cullman. Decatur is home vs. rival Austin.

The refs let this one get out of control really quick. It is a wonder there wasn't a fight. #10 from Decatur punch one of the Hartselle kids in the head and nothing was done by the refs. Blatant foul after blatant foul was not called causing things to escalate on the court and in the crowd. At one point the Decatur coach wanted the Hartselle coach to meet him out in the parking lot...no lie. Looks like Decatur's coach is fine with playing dirty and starting trouble.