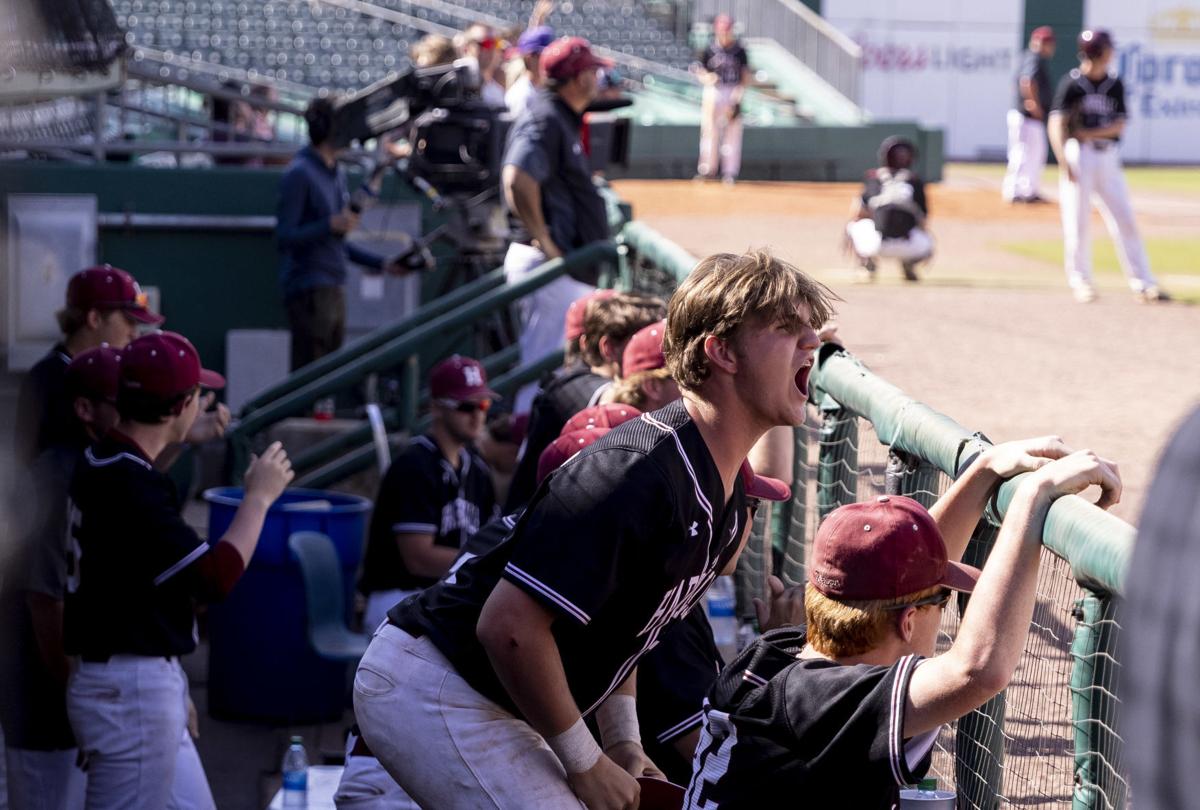 Hartselle players react after game officials reverse their state championship win Wednesday during the third game of their series against Faith Academy at Riverwalk Stadium in Montgomery. [VASHA HUNT/PREPS.AL.COM] 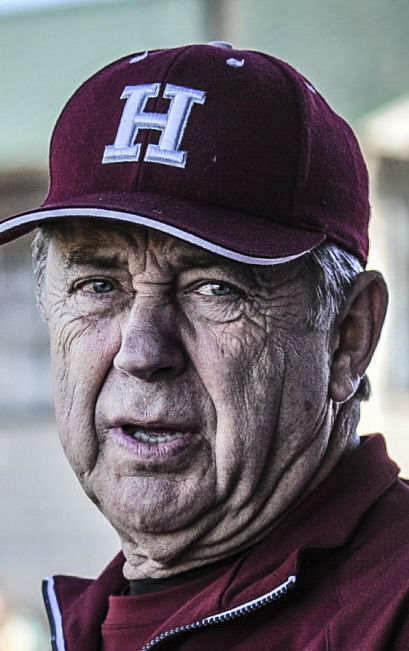 MONTGOMERY — Hartselle High’s William Booth has coached enough baseball games in his career to have a state-record 1,100-plus wins.

Yet in all his 34 years of coaching he’d never seen anything happen to his team like the pivotal play in Wednesday’s Class 6A state championship game.

Hartselle appeared to have won the championship over Faith Academy on a sacrifice fly in the bottom of the seventh and final inning. The team even celebrated with a dogpile down the first-base line.

Faith Academy then appealed the play asking if the runner left third base before the catch. The third-base umpire ruled he did, resulting in an out.

To the horror of the Hartselle faithful, the inning was over and the game went to the eighth where Faith Academy scored seven runs to take a 14-7 lead and eventual victory when Hartselle failed to score in the bottom of the eighth.

Faith Academy celebrated with its own dogpile on the field.

The state championship trophy with the blue state map was all but in Hartselle’s hands. Instead, that trophy went south with Faith Academy, which won two of three games in the championship series.

“No, I’ve never seen anything like that before,” Booth said. “We all thought he left after the catch. I feel bad for the kids, who have worked so hard to get to here. I guess it just wasn’t meant to be.”

The controversy will be talked about in Hartselle for as long as there is baseball. The sudden thrill of victory and then agony of defeat may never go away.

Video of the play hit social media before the game had ended. The television coverage on WOTM, the Alabama High School Athletic Association’s flagship TV station, even synced the catch of JoJo Williamson’s flyball with Peyton Steele’s tag at third. The call appeared to be open to questioning.

Right now there is no video replay review in high school baseball in Alabama. The state has instituted it in football.

Major League Baseball has video replay review. There are some limits to what is reviewable, but the play like the one that ended up costing Hartselle could have been reviewed.

The Hartselle baseball team and many fans who made the trip south for a chance to see the Tigers win their ninth state championship were stunned and made their displeasure known. At least one player had to be visibly restrained by a coach at the end of the game when the umpires left the field.

“When you’ve worked so hard to be in position to win a state championship and you have it taken away like that, it really hurts,” Hartselle senior catcher Glavine Segars said. “That should never be allowed to happen.”

“The state championship was a goal for this team since the start of the season,” junior first baseman Brodie Morrow said. “We wanted to win it for Coach Booth. He deserved it and we deserved it.”

Hartselle forced the decisive third game in the series by defeating Faith Academy 8-3 earlier on Wednesday. Faith won the series opener 10-1 on Tuesday.

In Game 3, the teams traded the lead multiple times. Hartselle fell behind 3-0 before going ahead 4-3, and then the game was tied 4-4. Faith led 7-4 going into the bottom of the sixth inning before Hartselle scored three times to tie the game again. The score was still 7-all when the pivotal play occurred.

This is the way high school baseball is played. There is an appeal to a run and the third base umpire ruled. This just as easily had been Hartselle making the same appeal.appeal If the umpire was wrong yes it cost Hartselle the game. But doesn't teams and their coaches accept the fact that umpires are just people, and that these types of calls can happen because people can make mistakes? Just like when a player makes a mistake it is an error, it is part of baseball. It's the human element of baseball and it isn't perfect, because none of us are perfect. Hold your head high Hartselle you had a great season but calls like this right or wrong happen in baseball, unfortunately this cost you a championship, but you had a great season.

Sometimes what goes around comes around in sports. Remember that time Hartselle scored a touchdown with the ball laying on the five yard line to beat Decatur 13-10?