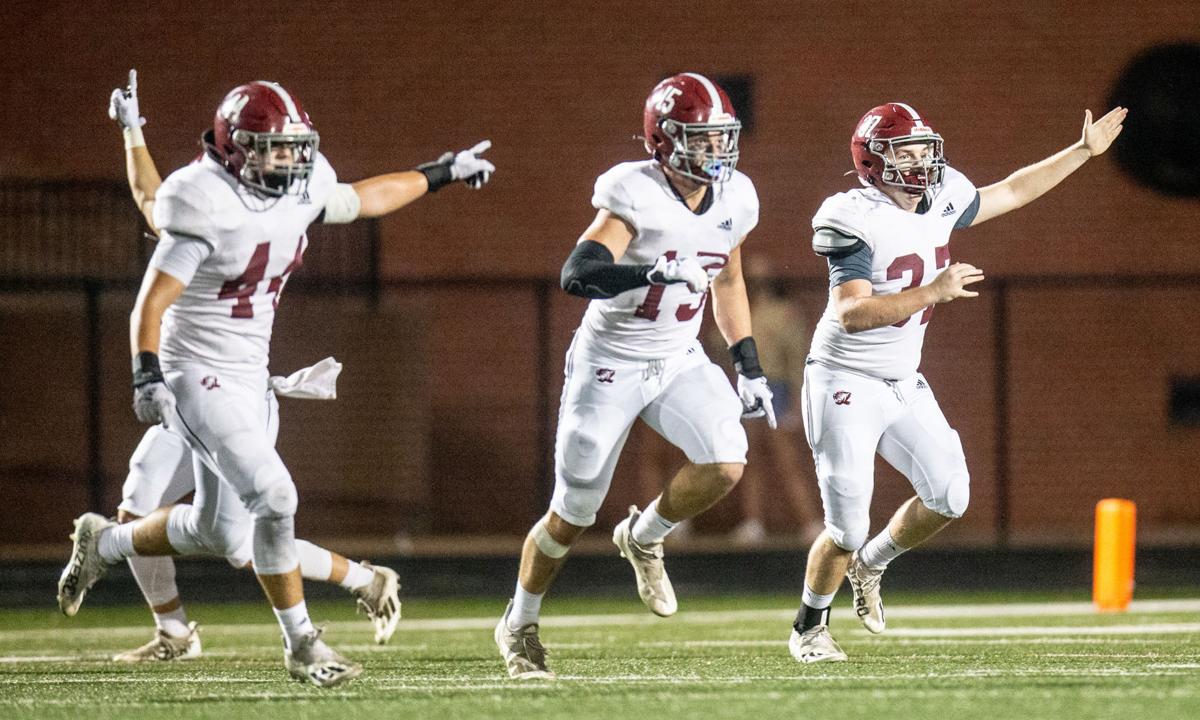 Hartselle celebrates back to the sideline after recovering a fumble by Muscle Shoals during their game Friday at James F. Moore Stadium in Muscle Shoals. [DAN BUSEY/TIMESDAILY] 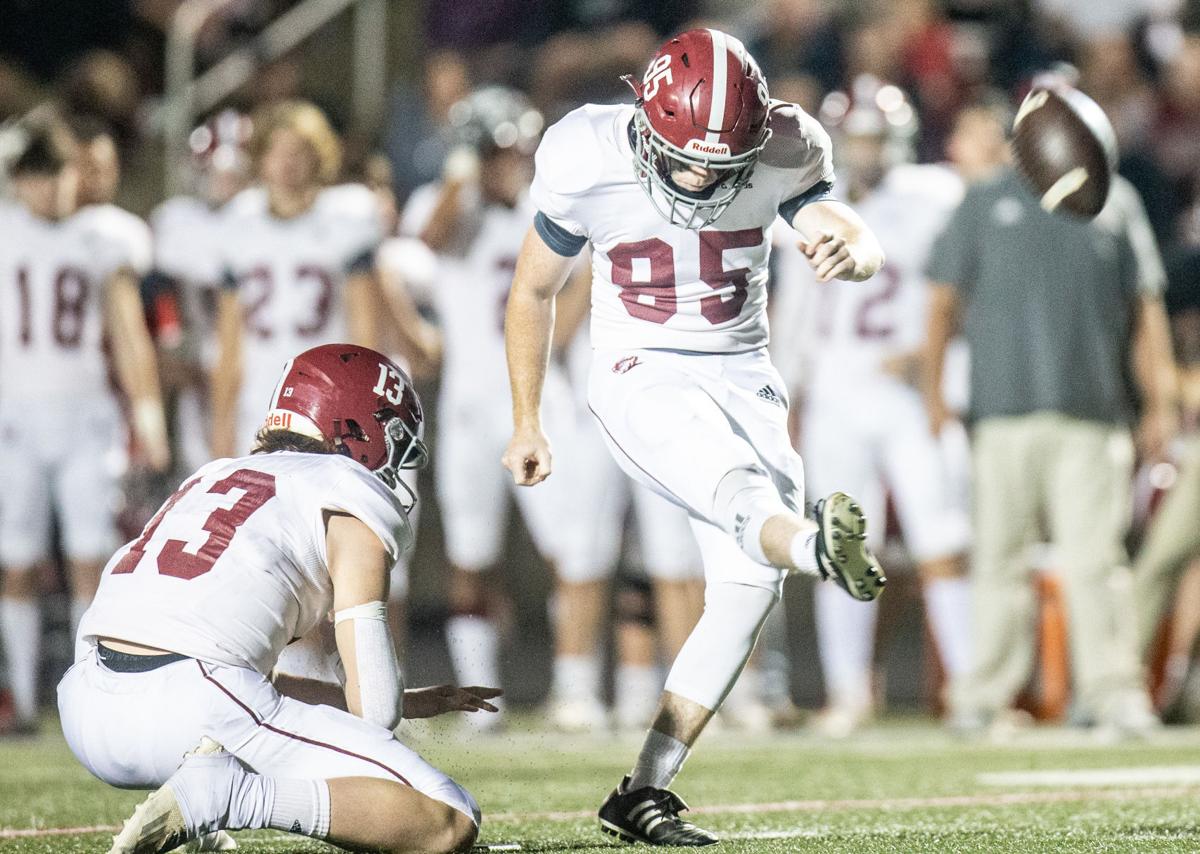 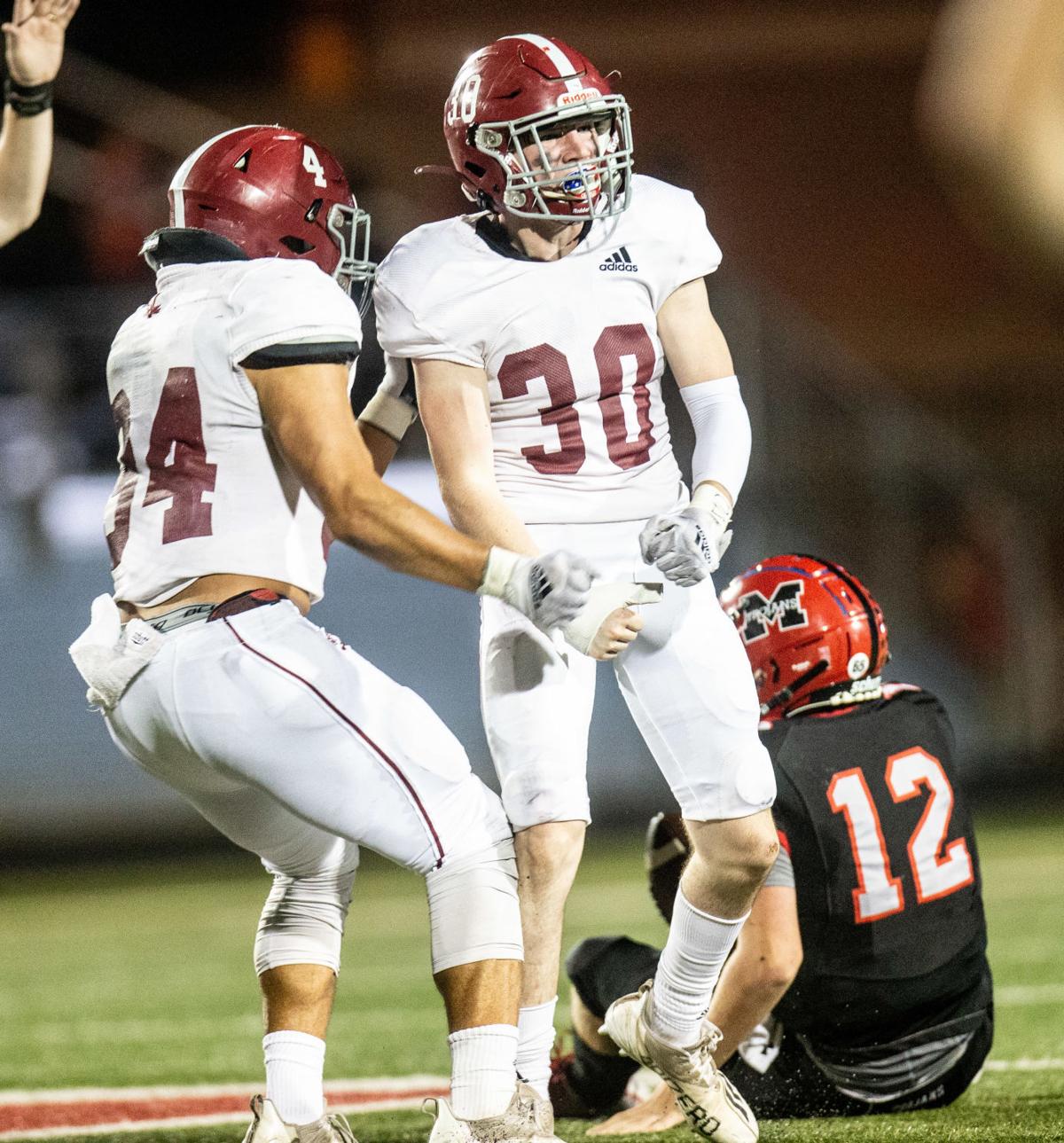 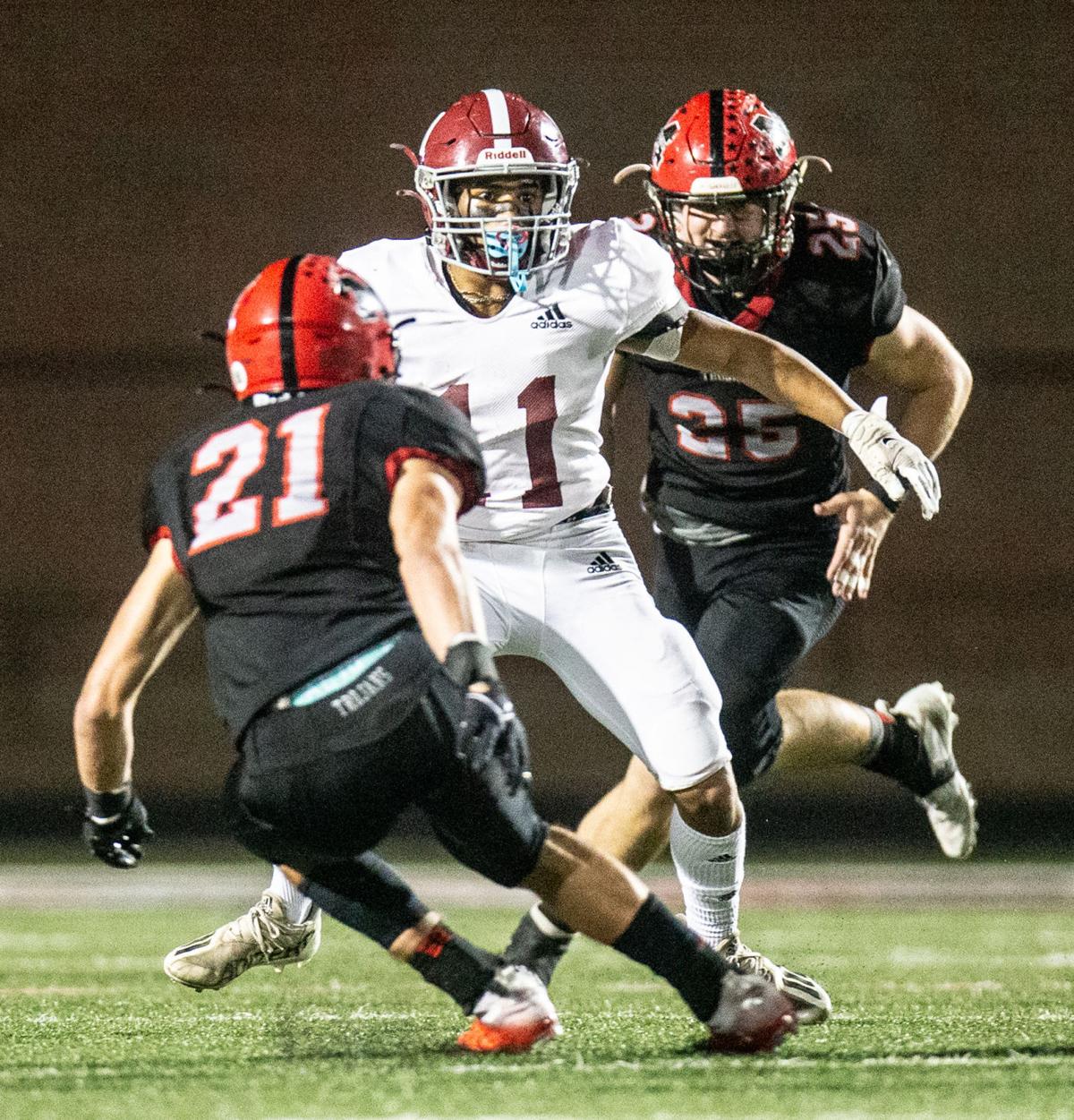 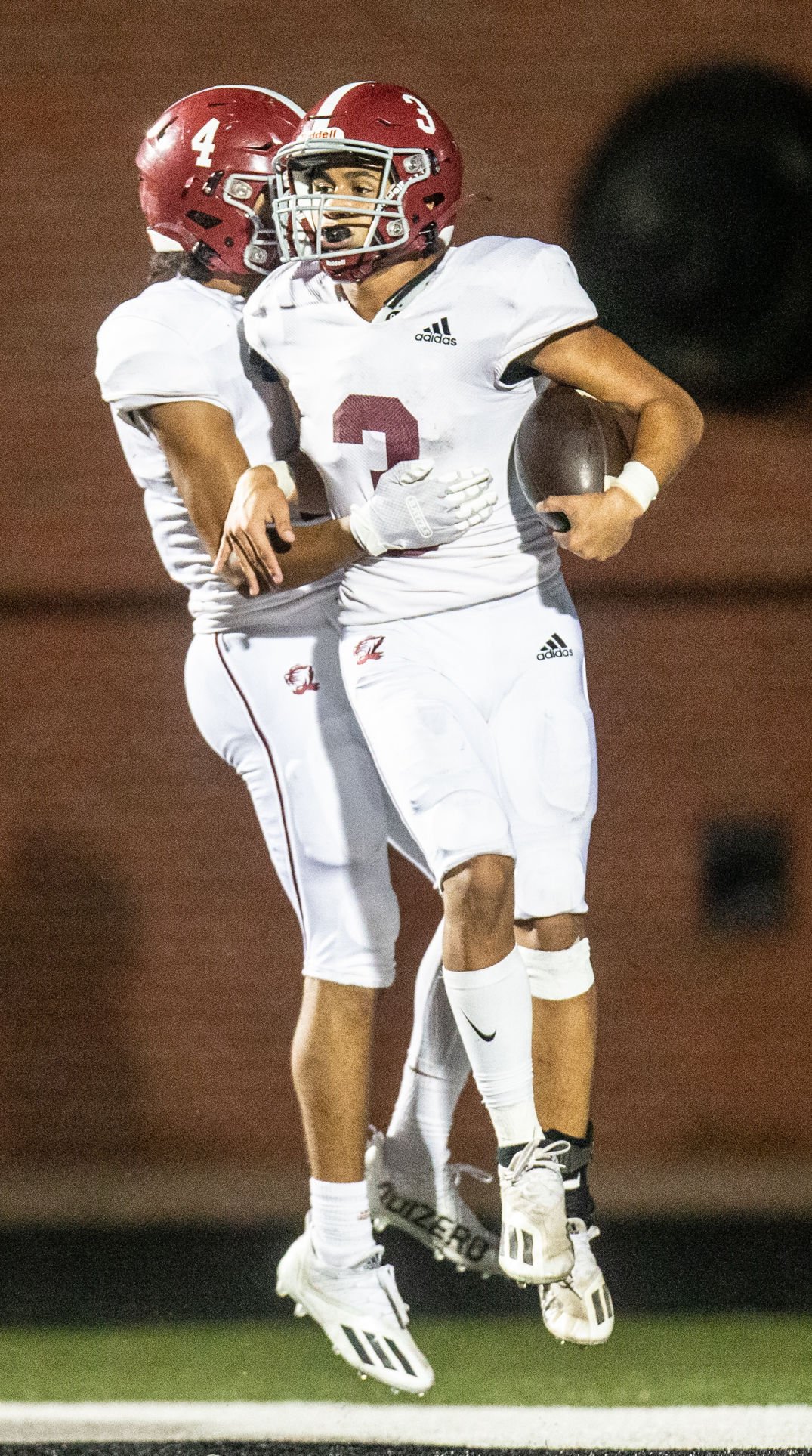 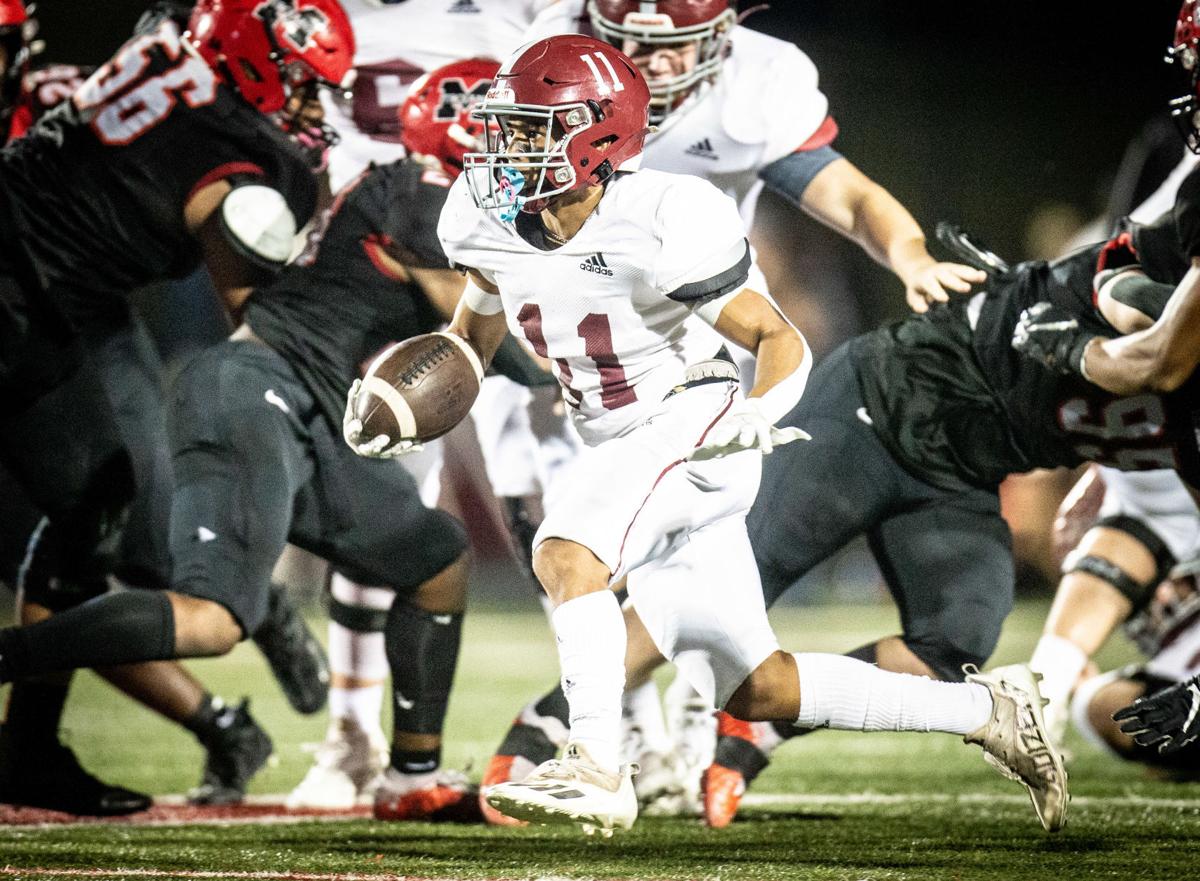 Hartselle celebrates back to the sideline after recovering a fumble by Muscle Shoals during their game Friday at James F. Moore Stadium in Muscle Shoals. [DAN BUSEY/TIMESDAILY]

MUSCLE SHOALS — Hartselle head coach Bryan Moore was at a loss for words.

The second-year coach stood on the sidelines Friday and watched as his sophomore running back Ri Fletcher put the team on his back, rushing for 221 yards and four touchdowns and catching for 22 yards and a touchdown. The dominant performance led Hartselle to a 52-35 win over Muscle Shoals.

After missing the first two games of the season with an ankle injury, Fletcher has caught fire. Two weeks ago, he rushed for 141 yards and two scores. Last week he rushed for 193 yards and three scores. He followed that up Friday with his best performance yet.

“Man I can’t even explain what was going on (in the second half),” Fletcher said. “I was thinking at halftime that something was going to have to be done. Every time I got the ball in the second half, I was looking to score, and it just kept opening up perfectly for me.”

Both the Tigers and Muscle Shoals came into the region contest unbeaten, and the Trojans came in with the perfect game plan. By attacking Hartselle’s weakness, its run defense, they were able to dominate time of possession, running 37 first half plays to Hartselle's 18 and scoring on all three drives.

But Hartselle's offense couldn’t be stopped. The Tigers scored on all of their first-half possessions as well, including two touchdown passes of 43 and 23 yards to Izayah Fletcher, Ri's older brother.

“Ri may get a lot of the love tonight, but Izayah was huge,” Moore said. “He made some big time catches early in the game for us.”

Hartselle’s biggest score came just before halftime. After a Luke Peoples one-yard score made it 21-14 in favor of Muscle Shoals, the Tigers were left with just 1:29 to respond.

Senior quarterback JT Blackwood calmly led the Tigers down the field in six plays, connecting with Ri Fletcher on an 20-yard wheel route to tie the game 21-21 at halftime.

“That was so big, oh my gosh,” Moore said. “How many times have we done that this year? We score there and then get the ball back to start the second half and score again, so you’re talking about a 14-0 swing. That was the difference in the game.”

As they have all season, Hartselle dominated the second half. The defense forced two second half turnovers, and the Tigers outscored the Trojans 31-14.

“Our defense is so optimistic. They continue to bend but not break,” Moore said. “We have to continue to get better and fix a lot of things, but for them to rise to the occasion, you can’t ask for more.”

Hartselle moves to 8-0 on the season and into first place of Class 6A, Region 8. A win next week vs. Hazel Green will give the Tigers their first region championship since 2018.

“For Hartselle this was huge for us to come on the road and win at a place that we haven’t won a lot recently,” Moore said. “For me this was one of the biggest wins I’ve ever been a part of.”